The Gilmore Girls soundtrack might’ve been mostly “La La’s” by Sam Phillips but there were plenty of great musical moments. Without further ado, here are just a handful of the best music moments from the 2000s series.

1. When Rory and Jess kissed during XTC’s ‘Then She Appeared’

Rory and Jess Mariano (Milo Ventimiglia) locked lips while XTC’s “Then She Appeared” played in the background. The kiss happened in Gilmore Girls Season 3 Episode 8: “Let The Games Begin,” according to Variety.

It wasn’t their first kiss — that happened at the Independence Inn — and it wouldn’t be the last (Jess and Rory dated for about seven months). Although the on-screen couple had plenty of other kissing scenes this one is particularly memorable thanks to the music.

2. When Lorelai took Rory to see The Bangles in concert

In an effort to help Rory bond with her Chilton classmates, Lorelai invited Paris Geller (Liza Weil), Madeline Lynn (Shelly Cole), and Louise Grant (Teal Redmann) to come along with them to a Bangles concert. Lorelai and her best friend, Sookie St. James (Melissa McCarthy), graciously gave the girls their seats close to the stage.

In between The Bangles performing “Hero Takes A Fall” and “Eternal Flame,” Paris and Rory looked like they might become friends. Meanwhile, Madeline and Louise ditched the concert to go to a party.

3. When Richard and Emily danced to ‘Wedding Bell Blues’ at their vow renewal

Fans got to see Richard (Edward Herrmann) and Emily Gilmore (Kelly Bishop) dance to Laura Nyro’s “Wedding Bell Blues” in the 100th episode of Gilmore Girls. It was the first song they danced to after renewing their wedding vows.

Why did Lorelai’s dad pick that particular track? Because Emily used to tease him about it. She told him if his name were Bill then “Wedding Bell Blues” could be their song. So Richard told Emily for one night only he’d be Bill and this could be their song. Bishop said years after the episode aired, she loved filming the dance with Herrmann.

Another honorable mention from the same episode happened when Rory danced with her love interest, Logan Huntzberger (Matt Czuchry), to “Moon River” before confessing her feelings for him.

3. When Daniel Palladino sang ‘A Beaver Ate My Thumb’ 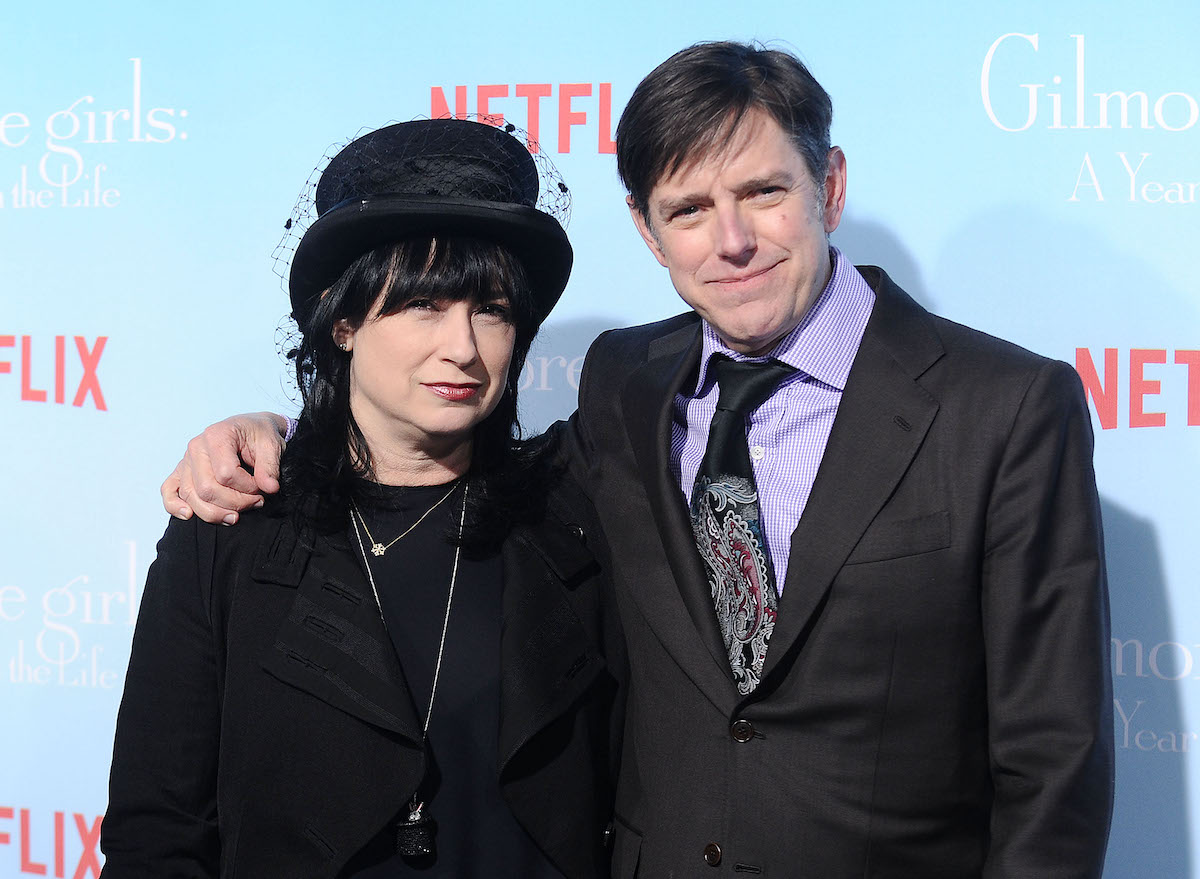 One of the stranger (and no less awesome) music moments on Gilmore Girls happened in season 6. Daniel Palladino, the producer and writer married to Gilmore Girls creator Amy Sherman-Palladino, went in front of the camera to perform an original song.

He sang “A Beaver Ate My Thumb” when the town troubadour (Grant-Lee Phillips) left Stars Hollow, Connecticut, to play on tour with Neil Young. As a result, troubadours flooded the town to take over and Palladino’s uncredited character was one of them.