Greenpeace has hit out at GMB for making the parody movie Don’t Look Up ‘feel pretty real right now’ after a Stop The Oil protestor was slammed by Richard Madeley this week.

Stop The Oil campaigner Miranda Whelehan, appeared opposite journalist Lowri Turner to debate the disruptive approaches that the group takes for its protests on Monday’s GMB.

The petrol protestors often host demonstrations where activists glue themselves to the road, in order to stop cars from getting past.

He added: ‘Just Stop Oil. I mean, come on, there’s more to say than that, isn’t there?’

Miranda continued to argue her point, noting that ‘the answers actually are very simple. We need to stop new oil licensing, and that’s what we’re asking.’ 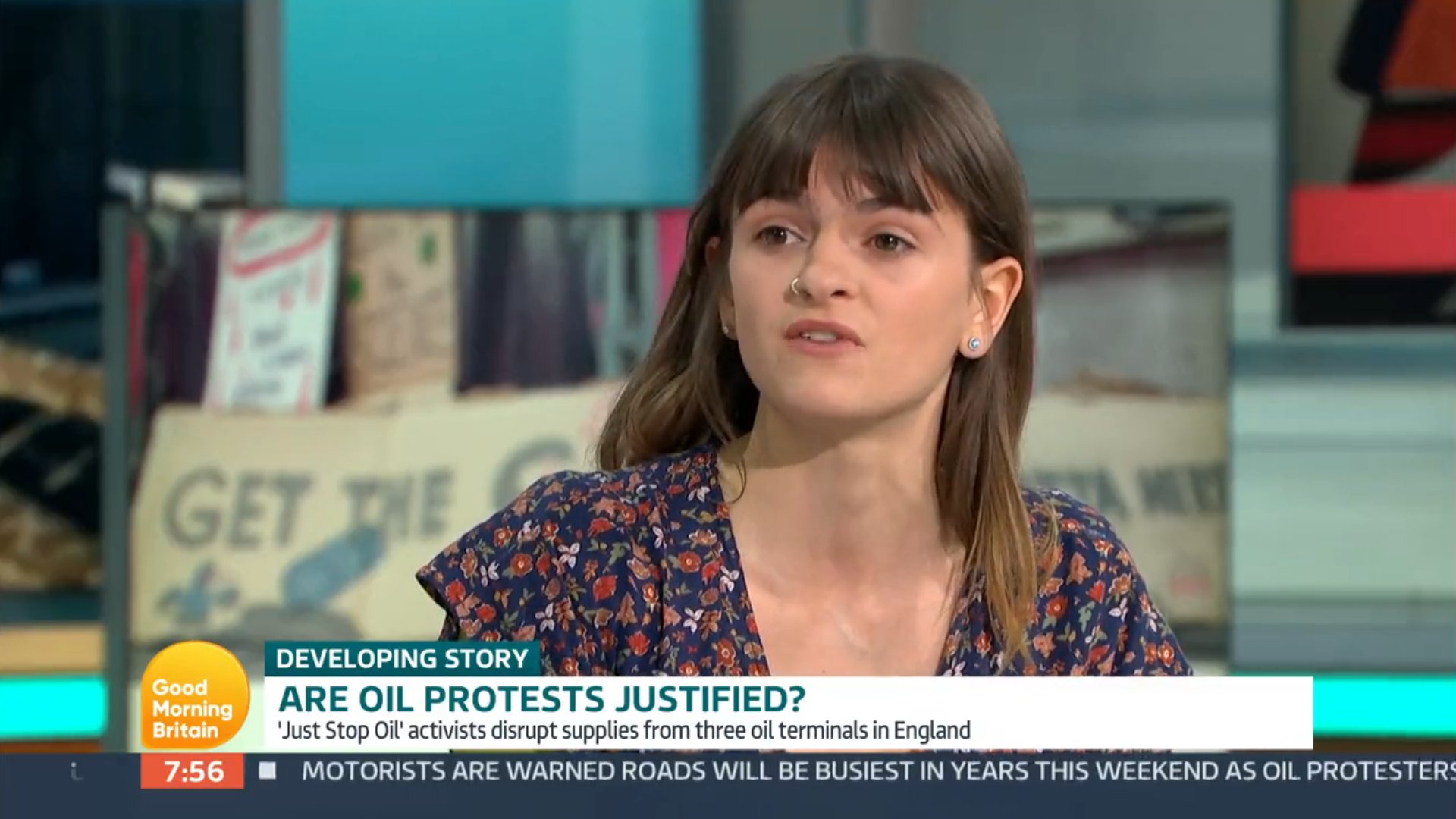 Group Green Peace gave their thoughts on the discussion, comparing it to the recent movie starring Jennifer Lawrence and Leonardo Di Caprio.

This was accompanied by a snap from the frustrating interview alongside a screengrab of Jennifer and Leonardo’s characters.

The pair played two low-level astronomers who go on a giant media tour to warn mankind of an approaching comet that will destroy planet Earth.

The problem? No one is taking them seriously.

Those in the comments largely agreed with the sentiment from Greenpeace, with one writing: ‘Watched this vid yesterday. Infuriating’

‘Her poor face told the story…no one wants to listen, everyone thinking about themselves short term…so frustrating..she did well not to swear!’ another said.

Someone else wrote: ‘This movie was great! I love what they did with it. It was so entertaining but its message was very clear! #wakeup #sos.’

Football pundit Gary Lineker also hit out at the interview, and branded the scenes ‘sickening’.

So far, almost 350 people have been arrested since the group started taking action across the country on April 1.

Later on, in the interview, Richard commented on the hypocrisy of Miranda’s clothes using oil.

‘The clothes that you’re wearing, to some extent, owe their existence to oil, because they were taken in a car or a truck or a van to a shop,’ he said at the time.

‘There are so many ways that oil impacts your life as a protestor, but you don’t acknowledge that.’

GMB airs weekdays from 6am on ITV.