‘Good Sam’: Why Sam and Rob ‘Griff’ Griffith Have Such a ‘Complicated’ Relationship

On Jan. 5, CBS will release the series premiere of Good Sam, and fans will officially get to meet Dr. Sam Griffith (Sophia Bush) and Dr. Rob “Griff” Griffith (Jason Isaacs). The father-daughter duo face off in multiple promos for the new show. But what is the dynamic really like? Luckily, Bush recently explained the “complicated” relationship between Sam and Griff in Good Sam – here’s everything you need to know.

What is CBS’ ‘Good Sam’ about?

Good Sam follows Sam, a cardiothoracic surgeon who becomes the new chief of surgery of her hospital after her arrogant and controlling boss falls into a coma after a shooting. Then when Sam’s former boss wakes up, he wants his job back. But wait, there’s more. He’s also Sam’s father, Griff.

The new CBS series has been compared to hit shows like Succession and This Is Us as well as medical dramas like Grey’s Anatomy and House. But recently, Bush shared what really makes Good Sam special.

“I think what’s really special about our show is that for all the family feuding, all the good family drama, and the heightened stakes of a hospital, the whole show is centered on helping,” Bush said on The Talk. “It’s hopeful, and I think right now, we could all use a little hope.” 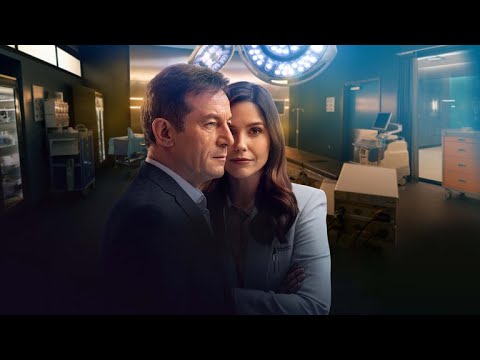 Now, Good Sam fans will have to wait and see what happens to Sam and Griff in the season 1 premiere on Jan. 5. But Bush recently shared a bit of insight into her character’s dynamic with her father. When speaking with TV Insider, the actor described Griff and Sam’s relationship as “complicated,” and she explained why.

“Griff’s reluctance — his refusal, really — to let Sam out from under him wears on her. And yet he’s the one whose approval she craves,” Bush said. “They love each other but it’s painful and aggravating.”

Then in an interview with TVLine, Bush shared why the conflict between Sam and Griff is so important, even beyond the realm of Good Sam.

“The central conflict in our show between Sam and her father and this generational gap, this gap on gender perspectives, really is something that so many of us are experiencing in the world right now,” Bush said. ““We’re looking at this old way, this very patriarchal, gruff way of doing business and saying, ‘But what if we lead with empathy?”

Sophia Bush on working with Jason Isaacs in ‘Good Sam’

Despite Griff and Sam’s complicated relationship in Good Sam, Bush revealed that Isaacs is nothing like his “pompous” character. When speaking on The Talk, Bush said the Harry Potter star is the “loveliest man on planet earth.”

“He’s not the same as the character he plays,” the actor said. “But he does have really great dad energy on our set.”

Bush later added, “Sometime when we rehearse, he goes, ‘I don’t want to speak to you this way.’ He’s so lovely and such an icon, such a talented actor. And to be able to go toe-to-toe with him, me and everyone else on set, we just feel like we’re in a MasterClass every day.”