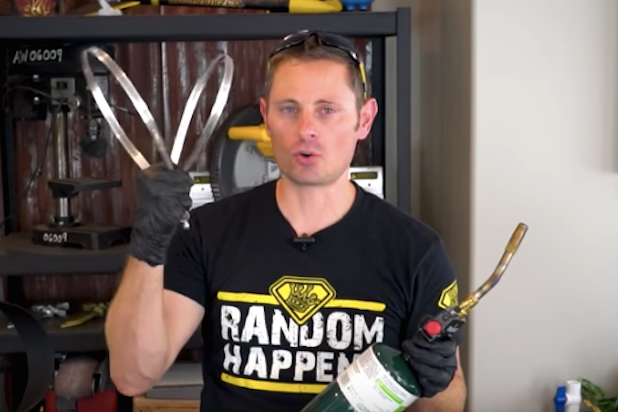 Grant Thompson, a popular YouTuber that racked up millions of subscribers and billions of views by sharing life-hack and experimental videos, died Monday night in a paragliding accident in Utah. He was 38-years-old.

Thompson’s brother, Mark, confirmed his death to TMZ, the first outlet to report the news. A rep for the Washington County Sheriff’s Office in Southern Utah confirmed to TheWrap a paraglider’s body was discovered on Tuesday near Sand Hollow State Park, but was unable to share the victim’s name.

A search team started looking for Thompson after he was unresponsive to cell calls and did not return an hour after he’d planned to on Monday evening, according to his brother.

Thompson was known as “The King of Random” on YouTube, where he had 11 million followers. Many of his videos, with titles ranging from “Can you make a rope with aluminum foil?” to “how to build a flamethrower,” pulled in millions of views. Altogether, his YouTube videos have had 2.47 billion views since he launched his channel in 2010.

On Tuesday afternoon, YouTube tweeted it was “deeply saddened to learn of the tragic loss of Grant Thompson, a gifted passionate and endlessly curious creator.” The company’s message included a link to an “in memoriam” clip posted to Thompson’s channel.

Below is a clip of Thompson appearing on “The Tonight Show” alongside Jimmy Fallon in 2017: