Love is the air!

Hallmark will premiere seven original romantic movies for the month of February on Hallmark Channel and Hallmark Movies & Mysteries, and only ET exclusively reveals the full schedule.

During Valentine’s Day weekend, it’ll be a double dose of love with Playing Cupid, starring Laura Vandervoort and Nicholas Gonzalez, on Saturday, Feb. 13 and Valentine’s Again, starring Nicky Whelan and Greg Vaughan, on Sunday, Feb. 14. Filmed on location, Mix Up in the Mediterranean, led by Jessica Lowndes and Jeremy Jordan, premieres Saturday, Feb. 20.

When Calls the Heart‘s Erin Krakow and Hallmark favorite Tyler Hynes close out February with It Was Always You, premiering Saturday, Feb. 27.

Below is the full February slate for Hallmark Channel’s “Love Ever After” and Hallmark Movies & Mysteries.

HALLMARK CHANNEL’S “LOVE EVER AFTER”
All premieres are at 9 p.m. ET/PT. 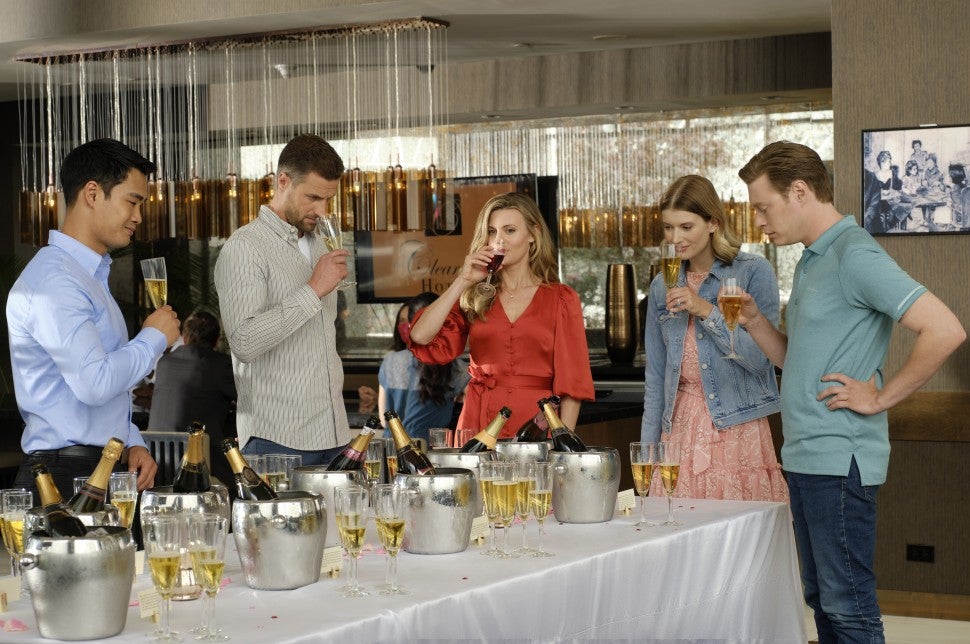 Starring: Brooke D’Orsay and Brendan Penny
Premieres: Saturday, Feb. 6
When small-town wedding photographer Molly’s (D’Orsay) baby sister gets engaged, she enters the budget-conscious couple in a contest and wins a dream wedding — an all-expenses-paid, celeb-worthy event at an historic Beverly Hills hotel, thrown by “planner to the stars,” Terrence Roquefort. It all seems perfect, but when the engaged couple seem uneasy with the new plans, and maid of honor duties bring Molly closer to the best man, her ex-boyfriend Cory (Penny), she reconsiders whose dreams she is trying to fulfill. 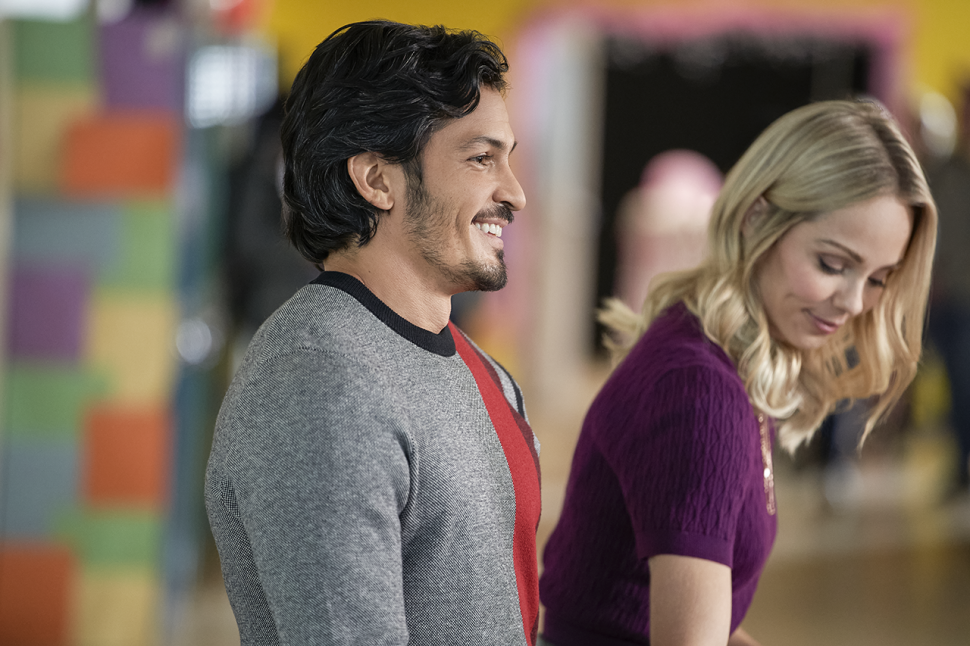 Starring: Laura Vandervoort and Nicholas Gonzalez
Premieres: Saturday, Feb. 13
Middle-school teacher, Kerri Fox (Vandervoort), a favorite among her students, assigns a project in her class where each student must create and run his/her own small business. Thirteen-year-old Clara Martinez (Mia Quaranta De La Rosa) decides to put her vast matchmaking skills to the test and becomes Cupid Clara, much to the chagrin of her newly single father, David (Gonzalez). As the weeks progress and Cupid Clara begins to flourish, Kerri gets more than she bargained for when Clara sets her sights on her newly single teacher as a potential match for her divorced dad. Can these two opposites really attract, and will they become yet another successful match for Cupid Clara?

Valentine’s Again
Starring: Nicky Whelan and Greg Vaughan
Premieres: Sunday, Feb. 14
Katherine (Whelan) endures the worst Valentine’s Day date of her life. On her way home a gypsy casts a magical spell on her. The next morning, she soon realizes she’s reliving the day until she finds Mr. Right.

Mix Up in the Mediterranean
Starring: Jessica Lowndes and Jeremy Jordan
Premieres: Saturday, Feb. 20
A small-town cook (Jordan) impersonates his big city chef twin to compete in a culinary contest and falls for the woman in charge of the event (Lowndes), who thinks he is the brother who is married.

It Was Always You 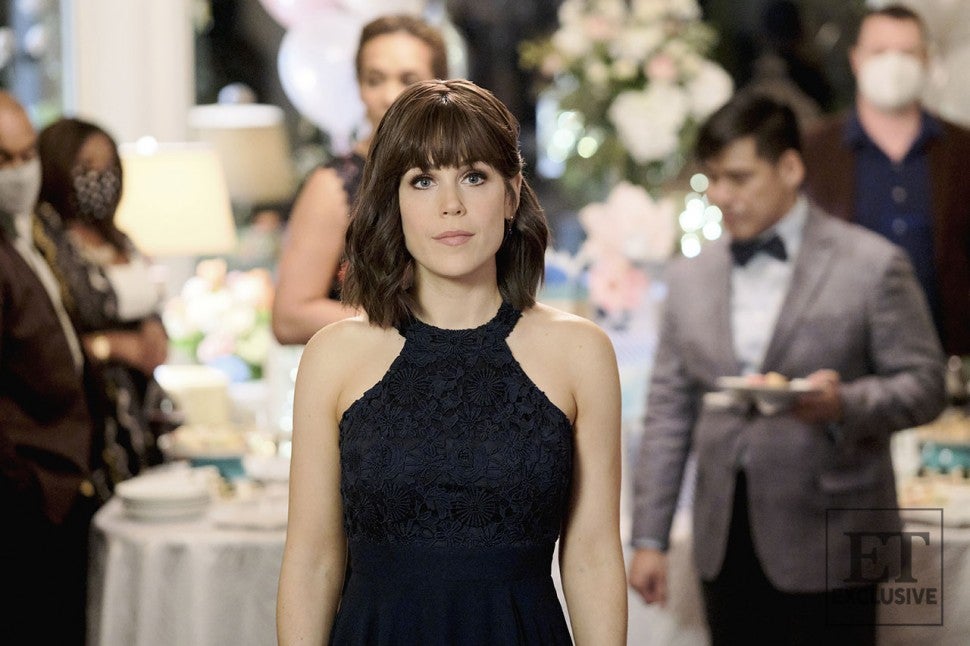 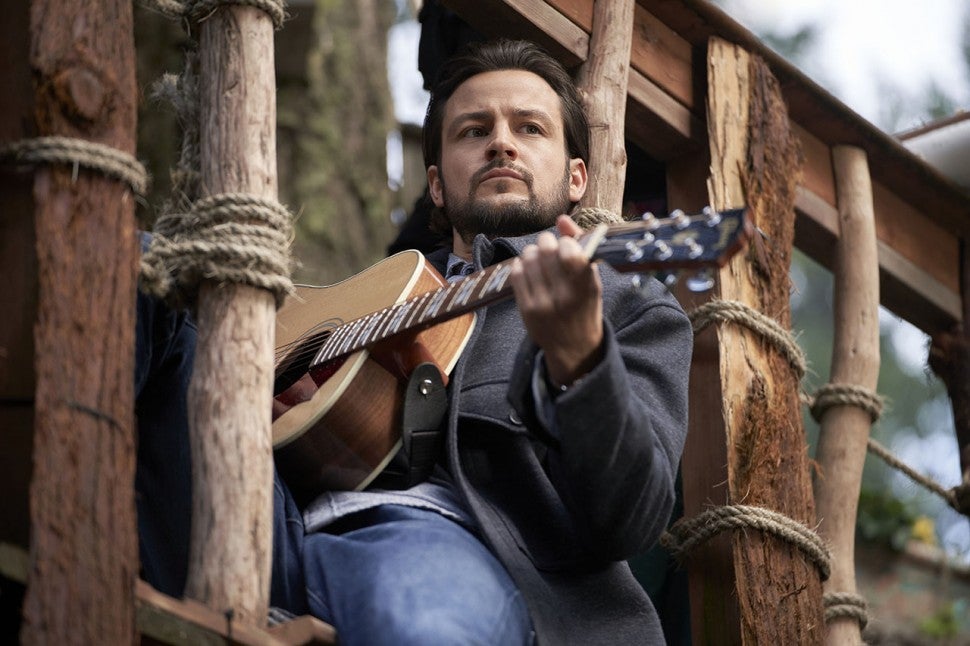 HALLMARK MOVIES & MYSTERIES
All premieres are at 8 p.m. ET/PT.

Crossword Mysteries: Terminal Descent
Starring: Lacey Chabert, Brennan Elliott, Barbara Niven and John Kapelos
Premieres: Sunday, Feb. 14
As crosswords editor Tess Harper (Chabert) is poised for a puzzle-solving challenge against the groundbreaking, new supercomputer known as BB, the AI is involved in the death of its creator — the brilliant CEO of XCal Technologies (Lochlyn Munro,). Tess finds herself swept into the investigation and once again, is at odds with Detective Logan O’Connor (Elliott). Meanwhile, Chauncey (Kapelos) contemplates his retirement and spends some time with Aunt Candace (Niven), who helps him think about his options.