The 2022 Hamptons International Film Festival has unveiled its lineup of films.

The 30th anniversary of HIFF kicks off October 7 with five world-premiere screenings including locally shot “Who Invited Charlie?” directed by Xavier Manrique, screening as both a Spotlight selection and as part of the Signature Program Views from Long Island section, supported by Suffolk County Film Commission. Jordana Brewster, Adam Pally, and Reid Scott lead the film about a Hamptons-based family who are forced to come to terms with their past after a mysterious Charlie unexpectedly shows up. The festival runs October 7 through 16.

Discovery+’s “January 6th” documentary, directed by Jules and Gédéon Naudet, also makes its world premiere as part of the World Cinema Documentary section. The film examines the January 6 insurrection from the unique perspective of the heroes, first responders, and survivors of the attack as they reveal their first-hand experience of the stand. “Pinball – The Man Who Saved the Game,” “A Radical Life” about the former First Lady of ISIS, and Netflix documentary “The Volcano: Rescue from Whakaari” directed by Rory Kennedy also launch at the festival.

“It is with great enthusiasm that we are able to once again welcome our film-loving community back to our theaters out East for the 30th anniversary of the festival,” David Nugent, HamptonsFilm artistic director, said. “With a diverse and robust selection of narrative and documentary films, we are excited to share unique, thrilling stories from this year’s talented filmmakers. We feel so proud to play host to a number of World Premiere screenings, and are honored that these brilliant storytellers have chosen to screen their films for audiences for the first time here at HIFF.”

Other programming highlights include MUBI’s “Decision to Leave,” directed by HIFF alum Park Chan-wook, about a detective investigating a man’s mysterious death in the mountains who finds himself emotionally entwined with the man’s suspicious widow. Spotlight feature “Call Jane,” directed by Phyllis Nagy and distributed by Roadside Attractions, is especially timely after the overturn of Roe v. Wade. Elizabeth Banks leads the historical fiction drama about a group of women who ran an underground abortion clinic before the 1973 Supreme Court ruling federally legalizing the procedure.

This year’s Signature Programs additionally hosts Cannes Jury Prize winner “Eo” in the Compassion, Justice, & Animal Rights section. The film is directed by Jerzy Skolimowski and follows a donkey exploring a vision of modern Europe, experiencing joy and pain as he encounters good and bad people along his journey. 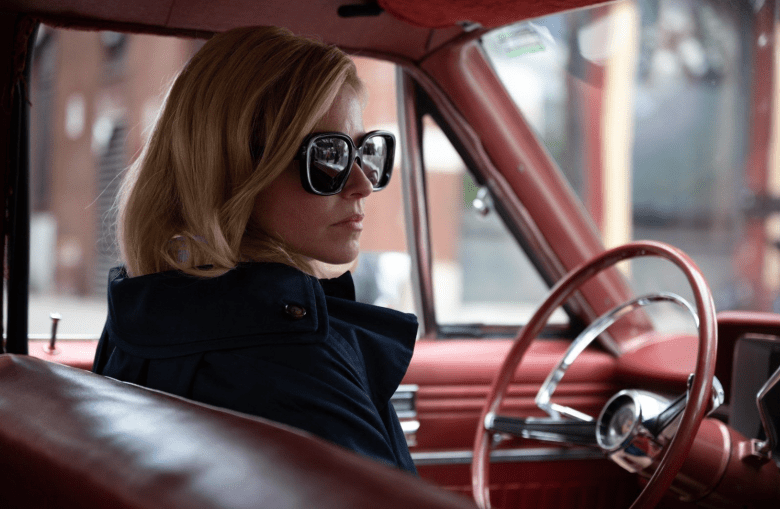 More films include “Desperate Souls, Dark City, and the Legend of ‘Midnight Cowboy,’” directed by Nancy Buirski, which tells the unknown history behind making the film “Midnight Cowboy.” Prime Video’s “Good Night Oppy” also screens, centered on the Mars rover Opportunity that survived 15 years on the planet. Additional screenings and programming selections will be made public in the coming weeks.

In 2017, Hargitay executive-produced “I Am Evidence,” an Emmy-winning documentary feature on the rape kit backlog, which screened at the 25th Hamptons International Film Festival. The film tells the stories of survivors whose rape kits remained untested for years, as well as the law enforcement officials leading the charge to pursue long-awaited justice in these cases. Joyful Heart was the social action campaign partner for the film.

“We are so thrilled to be able to honor Mariska Hargitay at this year’s anniversary,” HamptonsFilm Executive Director Anne Chaisson said. “A role model for many across the globe for her acting career and her championing of causes around domestic violence, Mariska embodies everything the Dick Cavett Artistic Champion Award was created to represent. She is also a huge supporter of local Hamptons causes and we are lucky to have her as part of our community.”

Passes and packages for this year’s landmark 30th-anniversary event will be on sale beginning September 6. The festival will run as an extended 10-day event from October 7 through 16.