This Morning: Carol Vorderman talks about her 'special friends'

Carol Vorderman and Gyles Brandreth were sharing their advice to This Morning viewers during Friday’s phone-in which was focussed on finding love later in life. One young-at-heart caller named Michael asked the panel for advice on whether he should be looking for a connection with someone his own age or someone perhaps younger.

She praised him for raising an important point before opening up on her own love life.

Carol revealed: “I live my life in chapters and this chapter since I was about 50 so for the last decade or so I’ve lived a life that is much freer, I’ve never felt freer.

“I have ignored looking for one person and I have a number of, what I call, special friends.”

The former Countdown host praised younger generations for having a “freer approach to sexuality” before advising Michael to consider dating women of different ages.

Read more: Carol Vorderman labels herself ‘most unromantic woman ever’ 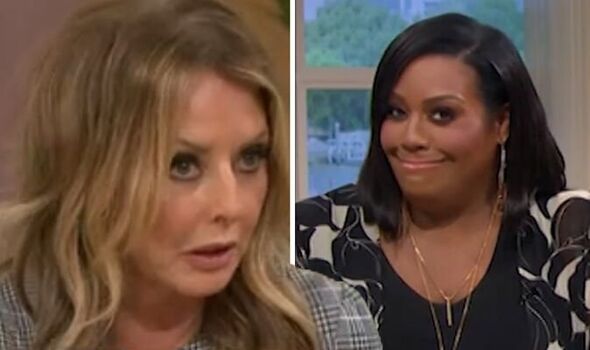 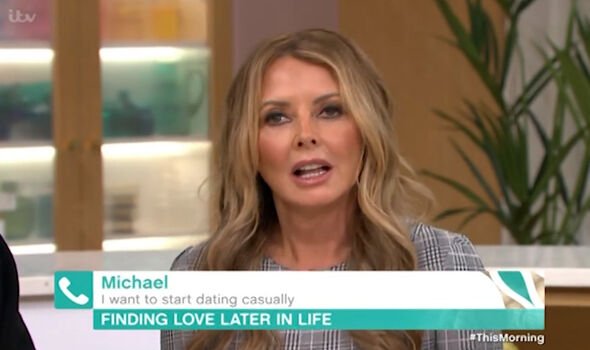 Gyles disagreed and advocated for dating “somebody roughly the same sort of age” as yourself.

“I would fervently disagree with that because, particularly for women, age 60 plus, as I said before, we were taught that we should marry somebody who would look after us,” Carol argued.

“This is a time to break this nonsense taboo, which is that a person should only be looking for one  person that satisfies everything in their life.” 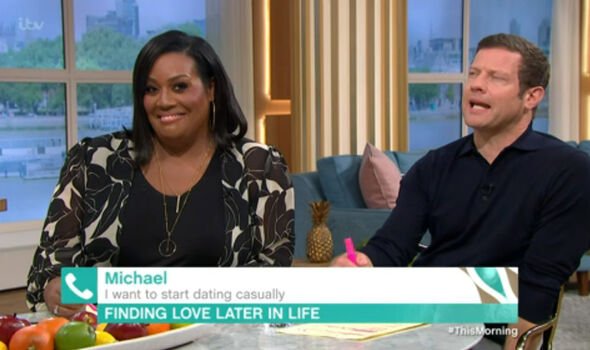 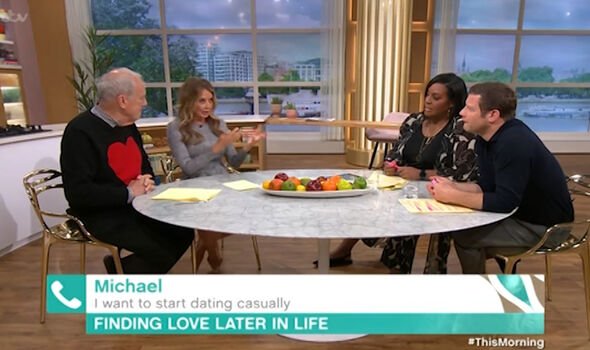 Dermot went on to ask: “How many special friends does your diary permit?”

“No, they don’t know each other,” Carol replied. “But they know about each other because it’s a very honest relationship.”

Carol shut down criticism of her dating life as she explained: “One of them has gone on for many more years than my marriage – it’s over 10 years. Another is seven years, he’s an Astronaut on the space station.”

Gyles continued: “My feeling is that actually if you’re looking for companionship and friendship. It may turn into love, the age is really immaterial.

“But my experience suggests that somebody roughly in your age bracket, you do share a bit more in common.”

Carol suggested Michael, who had revealed he has a passion for motor racing, should “get a camper van and stay at Silverstone for the weekend” in order to meet others with a similar interest.

Alison urged Michael to find someone who makes his “heart sing” as Carol quipped: “Even if it’s only for the occasional weekend.”

Offering an alternative view to Carol’s, Gyles said: “I’ve been married for nearly 50 years. Every marriage will have its ups and downs, life has ups and downs but the reward of actually living with one person.”

“I don’t disagree with that,” Carol hit back. “And I’m not saying people shouldn’t be happyily married.

“The view I am putting forward is a view that isn’t often expressed and not talked about.

“And it’s a taboo particularly relating to women and I want to smash it.”

This Morning airs on ITV on weekdays at 10am.