HELLMAN’s have kicked off a bizarre row after they encouraged fans of their mayonnaise to put the egg-based sauce in coffee.

The condiment company tweeted their 37,000 followers and said: “Mayo in your coffee. That’s it, that’s the tweet." 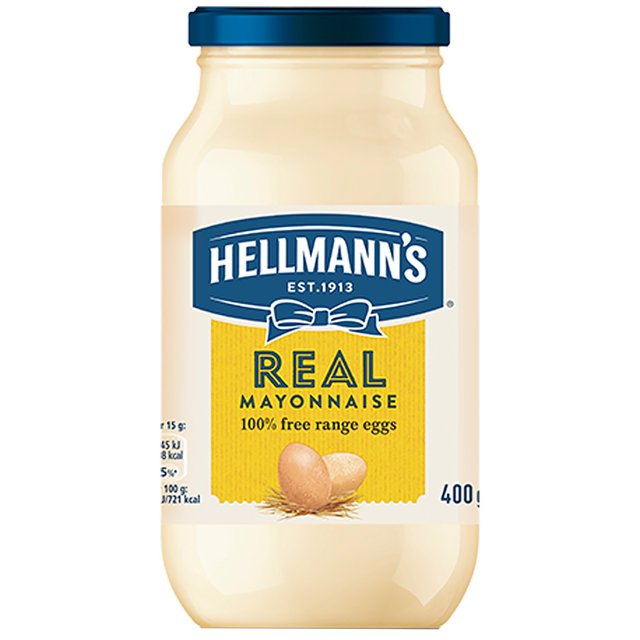 As fans of Hellman’s mayonnaise hit back, the company refused to back down, tweeting: “Nope, that wasn’t a typo. Mayo in your coffee. It’s called having a sophisticated pallet.”

Despite their protestations over 1000 people replied to the idea and overwhelmingly agreed the idea was wrong.

Music legend Dionne Warwick even waded into the debate and told her 533,000 Twitter followers she had blocked Hellman’s because of their mayonnaise and coffee mash up.

The Say A Little Prayer For You singer added: “To those asking why.“They want us to put mayonnaise in our coffee. I won’t tolerate it.”

The Motown musician wasn’t the only person outraged by Hellman’s, with Twitter user Adam B telling them: “That’s the most disgusting thing I’ve ever heard of.

“I generally dislike mayonnaise, but for you to desecrate something as good as coffee with that oily goo makes my soul shudder.”

“Who puts an emulsified egg white and oil mixture into a good cup of coffee?? You guys are sick. Really sick.”

Mayonnaise was originally created in the 1700s when it was discovered that oil and egg yolks could be whipped to create the creamy sauce.

During the pandemic sales of the condiment went through the roof. 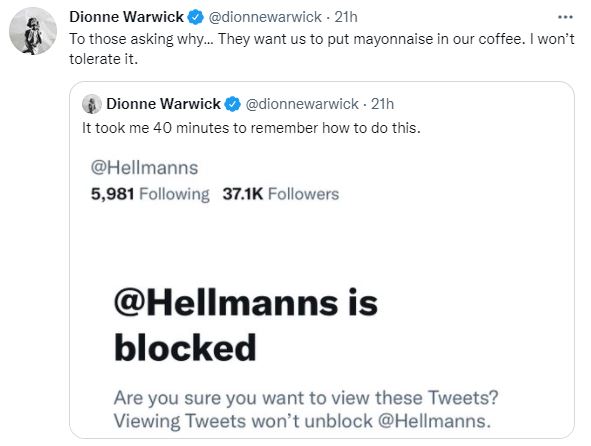