HIS Dark Materials left viewers scratching their heads on Sunday night as protagonist Lyra shook off a plunge from a hot air balloon.

Lyra, played by Dafne Keen, plummeted from the airborne vehicle at the end of last week’s episode during an attack from winged beasts, the cliff-ghasts. 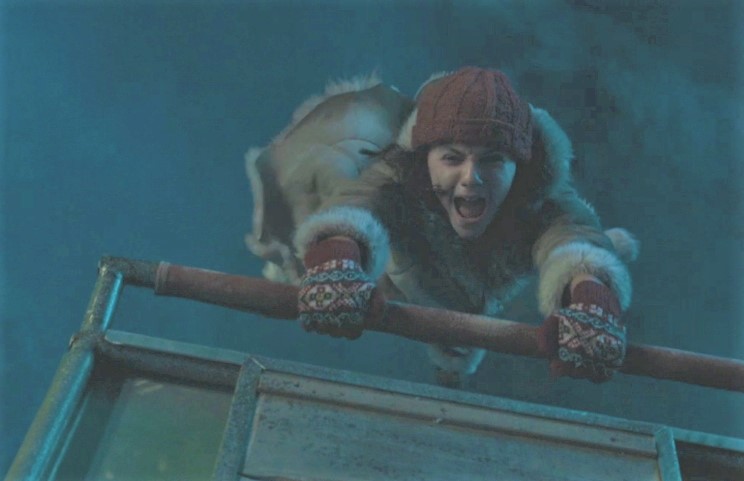 Many assumed that in order for her to survive, she must’ve been caught by flying witch Serafina Pekkala , or one of her supporters.

However, the opening moments of the latest instalment proved otherwise, as Lyra casually dusted herself off after the horror plunge, with seemingly no injuries other than a slightly sore rib.

Lyra winced as she woke from unconsciousness, but moments later jumped to her feet, chatting to daemon Pan to get her bearings.

She found herself on a rocky mountain top and judging by her footprints the snow wasn’t that deep, so suffice to say her survival was nothing short of miraculous. 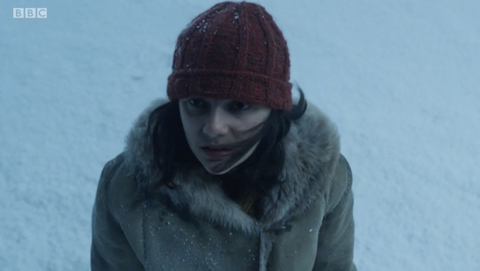 Viewers took to Twitter to comment on the farfetched moment and we imagine a whole of eye-rolling accompanied the commentary.

“Lyra did well to survive that fall, let alone come out of it practically fine!” one wrote.

A second asked: “How could Lyra possibly survive that fall out of the balloon?”

“Uhm! How did she survive the fall?” a third echoed.

While a fourth obliterated the entire episode, fuming: “Clunky and seemingly missing essential scenes. How did Lyra magically survive her 'cliff-hanger' fall, why did man 2 not pursue Will? No preamble to the bear fight which should have been in full armour.” 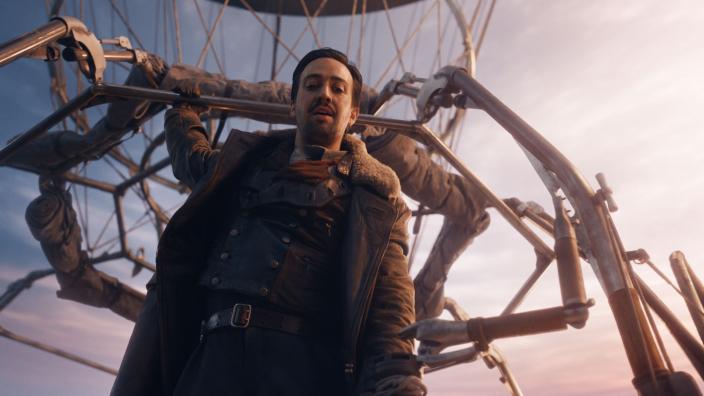 Lyra’s unlikely survival wasn’t the only part of the episode to ruffle feathers.

Elsewhere, many took issue with changes to the fight to the death between rival bears Iorek and Iofur.

A key moment of the episode saw Iofur, king of the panserbjørne and ruler of Svalbard, clash with Iorek, the rightful heir to the throne.

In the books, Iorek rips off Iofur's lower jaw and eats his heart, but the gruesome scene was left out of the dual on screen.

His Dark Materials concludes on Sunday at 8pm on BBC One and is available to stream on iPlayer.