How Barbie Ferreira Really Feels About Her 'Euphoria' Character, Kat

HBO’s much-talked about Euphoriahas been dividing the public since its June debut. The graphicteen drama has been described as provocative, triggering, nihilistic, depressing,and a nightmare ride for parents. But it’s also been called honest, awkward,and relatable.

Zendayais the central character, Rue, but Euphoria has spawned a fewbreakout stars in its cast too. One of them is Barbie Ferreira, the actress whoplays high school junior, Kat Hernandez. At first, Kat was an average kid, buta video scandal and secret life as a fan-fiction writer changed all that. It’sonly season one, but what does Ferreira think of her character’s life and storyarc so far? 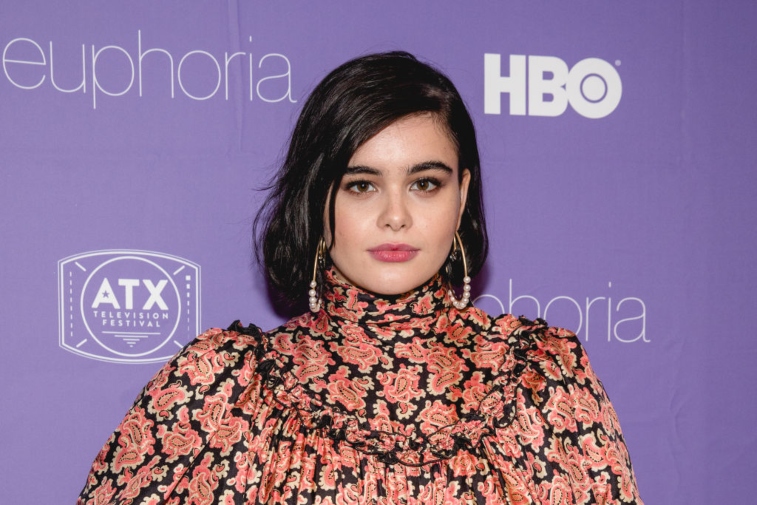 There are some between parallels between Kat and Ferreira’s lives

Actors often say they draw from real-life experience toprepare for their roles. During an interview for HBO’s unfiltered series, Ferreirasaid that she tapped into her 16-year-old self as a starting point for Kat’scharacter. She believes like most people, Kat struggles with insecurity abouther appearance and her place in the world. Ferreira, like Kat, said to heckwith society’s beauty standards, but that’s only been a beginning for her.

When Ferreira sat down to chat with BUILD about the series, she said shefelt an immediate connection to Kat, so much so she felt like she was readingher own life. She saw herself reflected in little things like the way Kat speaksand her love for One Direction, but also her journey with body positivity.

But she also admitted that it caused some uncomfortablememories to surface from her old high school days. In a way, Ferreira views Katas a form of therapy because she realized she too puts on a tough exteriorwhile internalizing pain. However, the fact remains that she loves thecharacter.

Ferreira learned to understand life in front of a camera

She got her start as a curvy model and has used her platformto campaign against body shaming. Through her work in the fashion and beautyfields, Ferreira has been addressing body image issues for women and younggirls. Just check out this interview with TeenVogue.

“She is finding this different world where she’s a sexualbeing to people and in way when you’re in that kind of state and you’re in highschool and no one sees you that way, it’s like the most magical, the power youcan feel.”

She loves that Kat reclaimed the term “fat girl”

If you’ve watched the show, then you know that the characteris breaking the stereotype about being a designated “fat friend.” Fans areloving that even though Kat has her moments of being mean or shady, she’s notsome sidekick trope who’s there to provide comic relief or emotional support toher friends.

When askedabout the line, “I’ve been afraid my whole life that people were going tofind out I was fat. But honestly, who give a s**t? There’s nothing more powerfulthan a fat girl who doesn’t give a f**k,” Ferreira said she loved that therewas a realization that her size doesn’t matter. It was about Kat taking theword back and her power back.

Her favorite part about Kat? That she’s not being portrayedas some tragic fat girl whose life doesn’t improve until she loses weight. Toher, that’s not Kat’s story. It’s about her finding freedom and power. Ferreirabelieves others love that about Kat too and want to see her win.