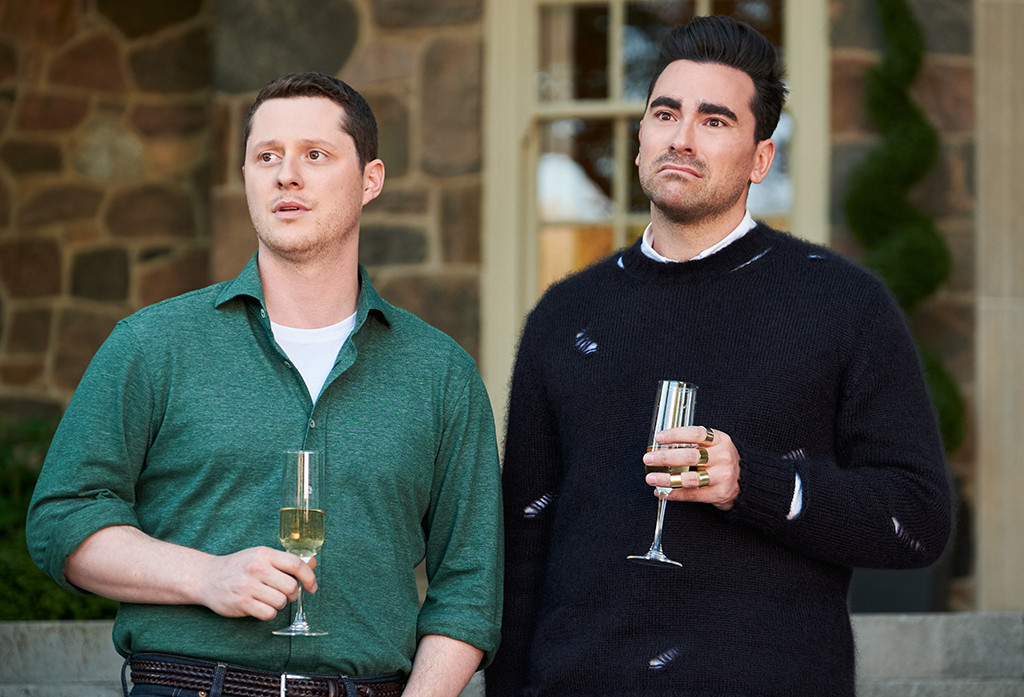 Schitt’s Creek has been a beacon of hope for many over the last five seasons. Now in its sixth and final season, the show really upped the celebratory nature of love is love with a billboard featuring Dan Levy and Noah Reid kissing in character as David and Patrick. Levy, who in addition to starring in the show co-created it and serves as showrunner, was on The Late Late Show with James Corden to discuss the billboard and how fans of all sexual orientation have embraced its message.

“It makes me rather emotional. I think it’s a beautiful thing,” James Corden told Levy.

Levy said he knew they wanted to go big for the last season.

“It was our last season and I thought I have an opportunity; I have a network that will support me,” Levy explained to the talk show host.

“It felt almost irresponsible not to do that, not to put something out into the world that we don’t see every day, put something out into the world that is being banned in multiple countries. And to be really unapologetic about it,” Levy said. “It has become a place where queer people and straight people have come to celebrate their love for each other, which is very emotional for me because you just try to put your best foot forward and tell stories that hopefully will effect some kind of change.”

“But, yeah, it was a pretty badass move for us,” Levy laughed.

Schitt’s Creek does not feature any type of homophobia. All love is celebrated there. Nobody on the show batted an eye at the loving relationship that blossomed between David and Patrick. Levy did all of that purposefully.

“I sort of feel like as human beings, we learn through experience and what we see. And I’m only going to speak for myself in this capacity, but I don’t really take in a lot when I feel like I’m being taught something,” Levy told E! News. “I think for me, when it came to the show, I thought, ‘Well, let’s not try and make this sort of a lesson show.’ I don’t want these characters to be, you know, a lesson for people to learn about queerness. I think that the better lesson, what will resonate deeper is just showing people in love. It’s really hard to turn away from two people who are falling in love.

“And so, as a result, it was really sort of a mandate from day one that we were never going to paint these characters with a brush that was different than what we were sort of painting our straight characters with,” he continued. “I think for a long time I was watching nothing but tragedy befall queer characters on television, and the idea of creating a world where, in this particular case two men were falling in love with absolutely no push back, and to be able to depict how much joy that can bring, not just to the characters who are falling in love, but to the community itself who gets to watch it, was important.”

Schitt’s Creek airs Tuesdays, 9 p.m. on Pop TV in the US.