HE'S the man who gave us folk-rock classic American Pie back in 1971 – but Don McLean's new girlfriend wasn't even born when he released his number one hit.

Yet Paris Dylan,25, is enjoying a fabulous lifestyle with her boyfriend – who is 48 years her senior – with the pair blowing £250k on holidays in the past year. 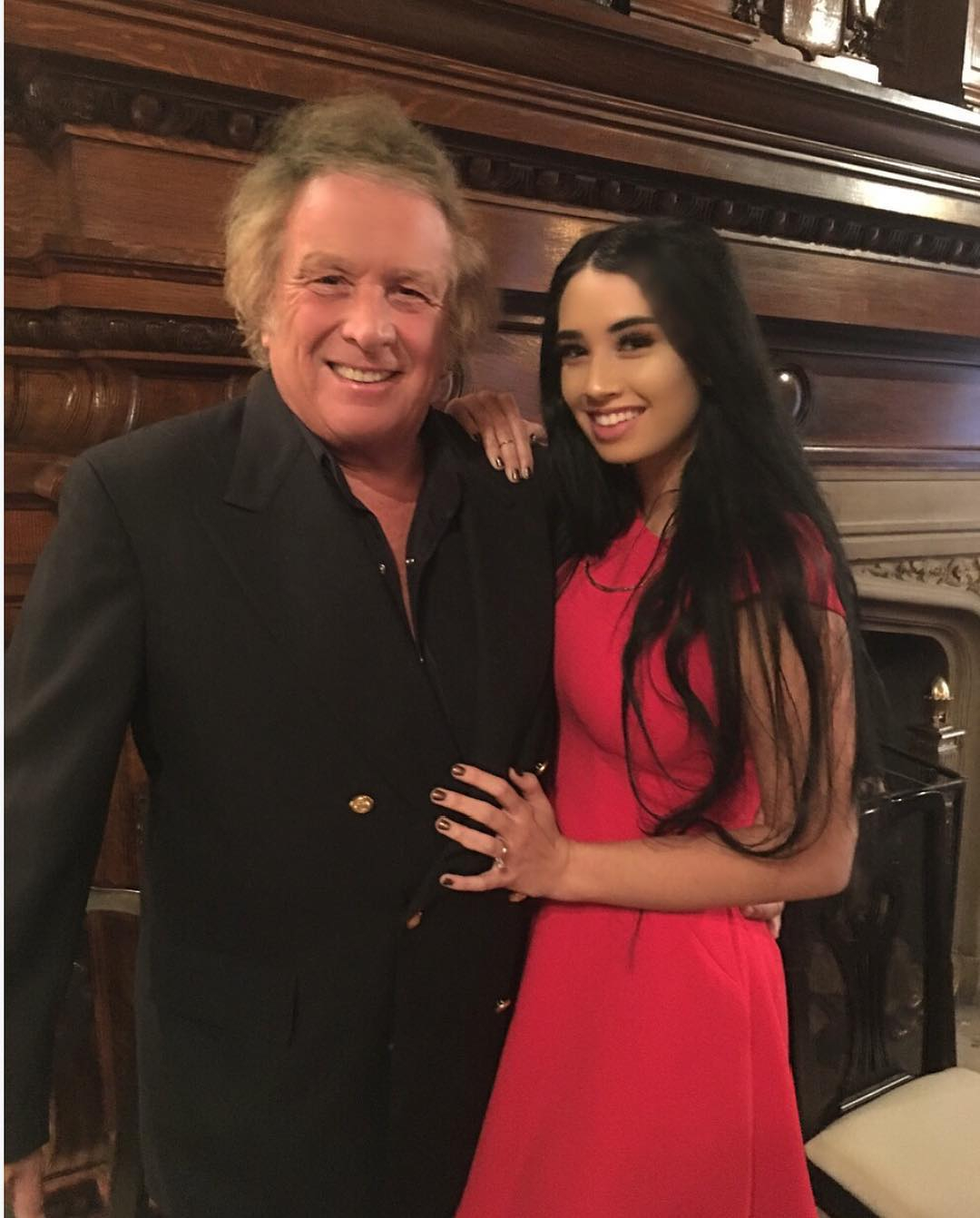 The pair met when Paris – who previously worked as a Playboy model – was hired to manage Don's social media accounts in early 2016, confirming their relationship months later with a cosy selfie.

It came just months after Don's finalised his divorce to his second wife, Patrisha Shnier, 59, who had accused Don of multiple incidents of “rage and controlling behaviour” during their marriage.

Talking about Paris in a recent interview, Don said: "She was a big fan of mine and I fell for her."

Now, the couple travel the world together – dining at exclusive restaurants, holidaying in destinations like Hawaii and splashing the cash on five star hotels, high end restaurants and designer clothes. 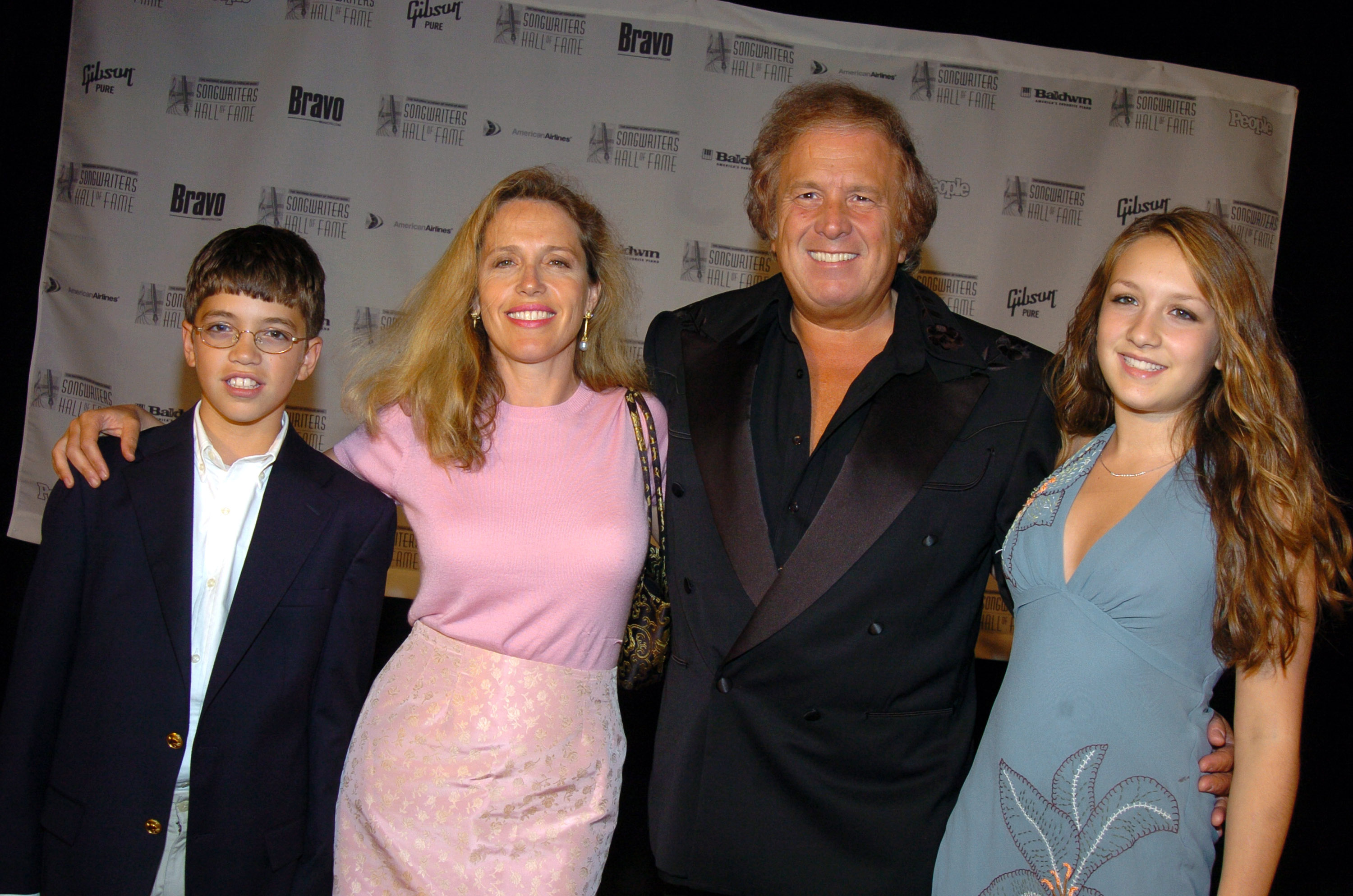 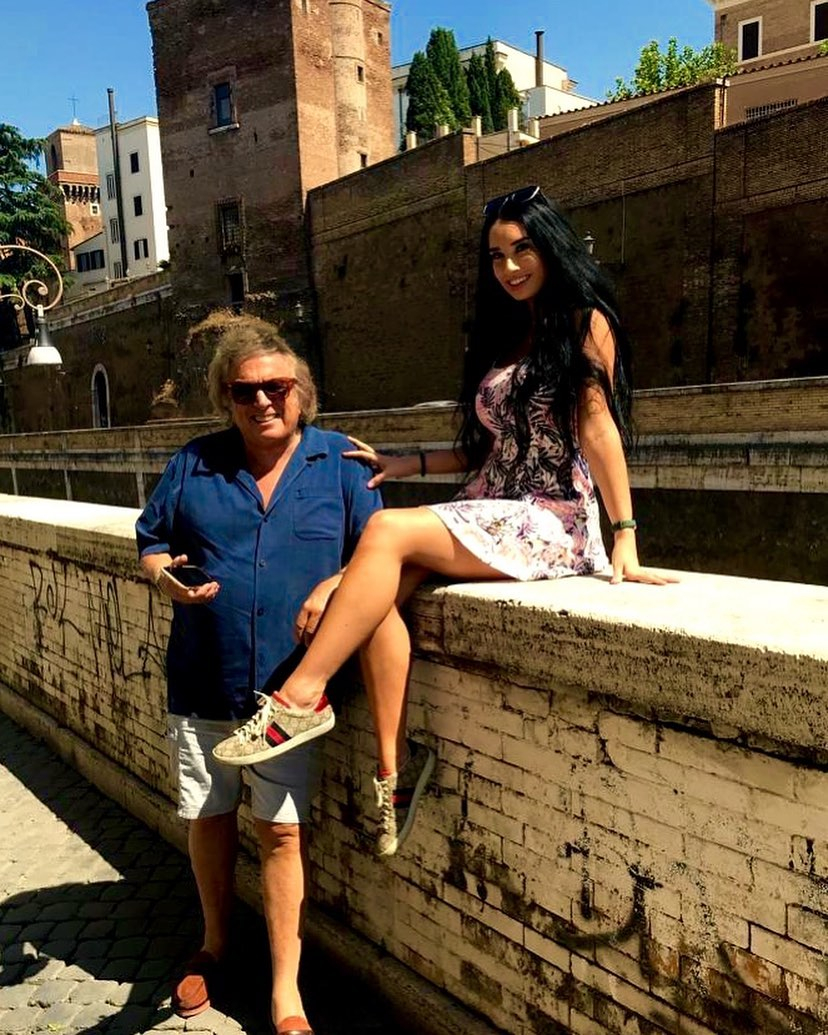 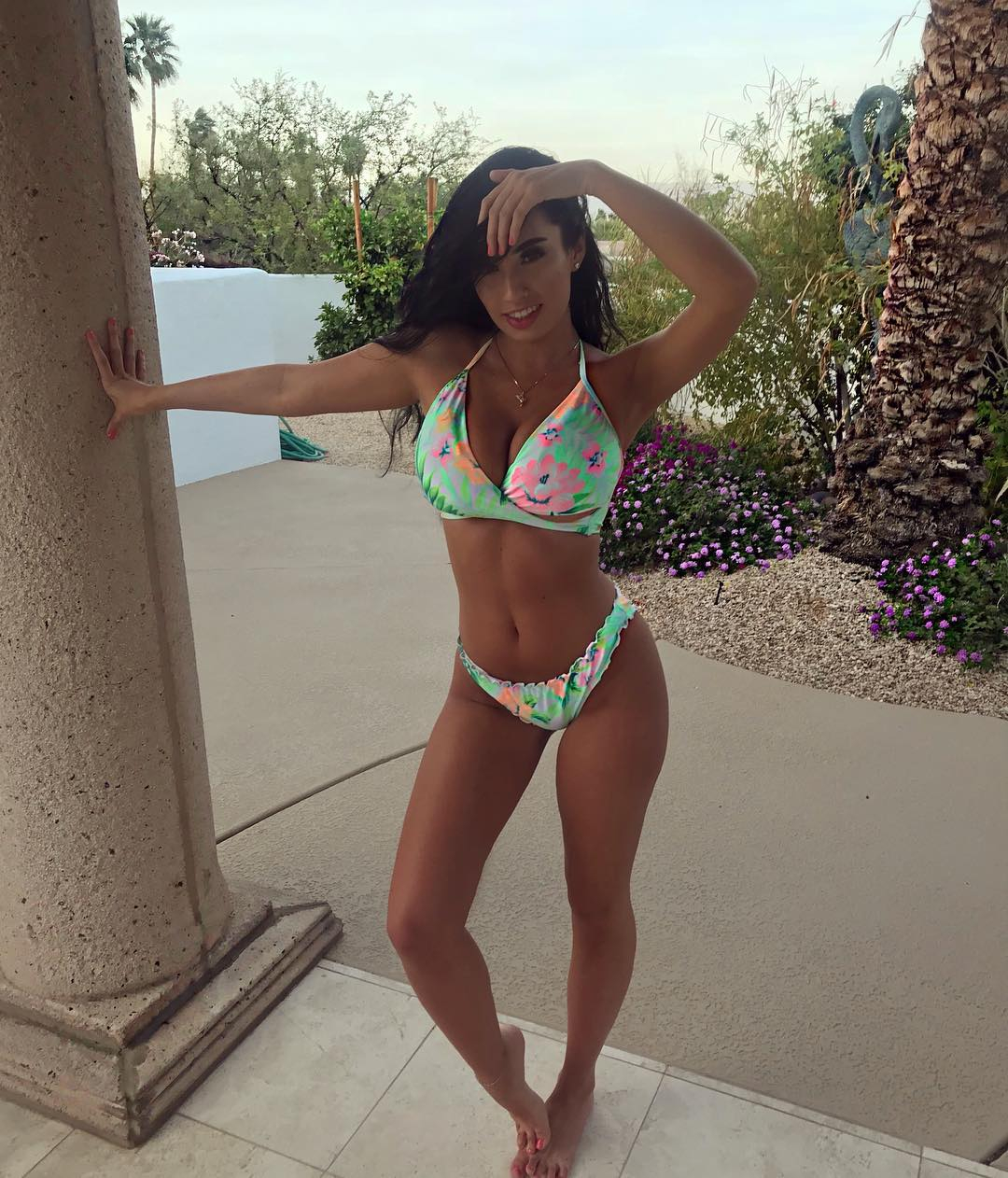 The pair travel first class or on private jets whenever they go on away.

It's estimated that this year their extensive travel has cost over £250,000.

This includes £6000-a-pop hotels and the lease of private jets, which cost a minimum of £15k.

"I have a great girlfriend and she travels everywhere with me," Don said last month.

"We went to 85 cities last year and we'll go to around 85 this year. We go everywhere together and she's so helpful. She does everything I need, we have a very good situation."

On their trips, the couple, who are currently in the UK on tour, only stay in the private suites of luxury hotels – like the £6,000 per night Beverly Hills Four Seasons Hotel.

They also dine at top restaurants and were recently spotted at La Grenouille, in New York City, which specialises in gourmet French cuisine.

During a recent trip to France, the lingerie model, who often posts snaps of herself on private planes, enjoyed visits to the Eiffel Tower, the Louvre and Versailles.

She posted a photo of her and Don standing in front of the Eiffel Tower, along with a red heart emoji and captioned it: “A dream with my love."

The pair also made stops in Norway, Finland, Belgium, the Netherlands and Germany on their way back to the US. 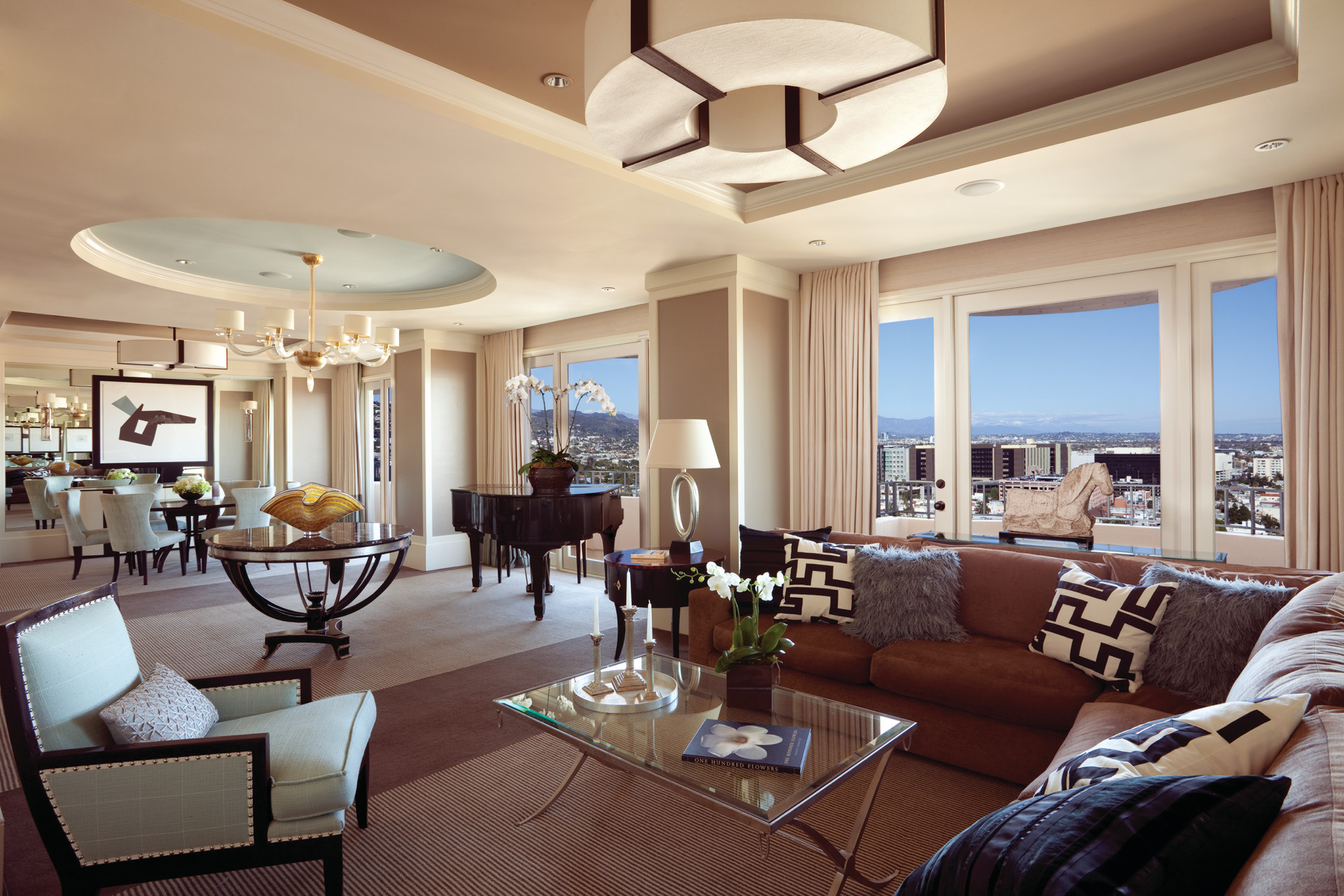 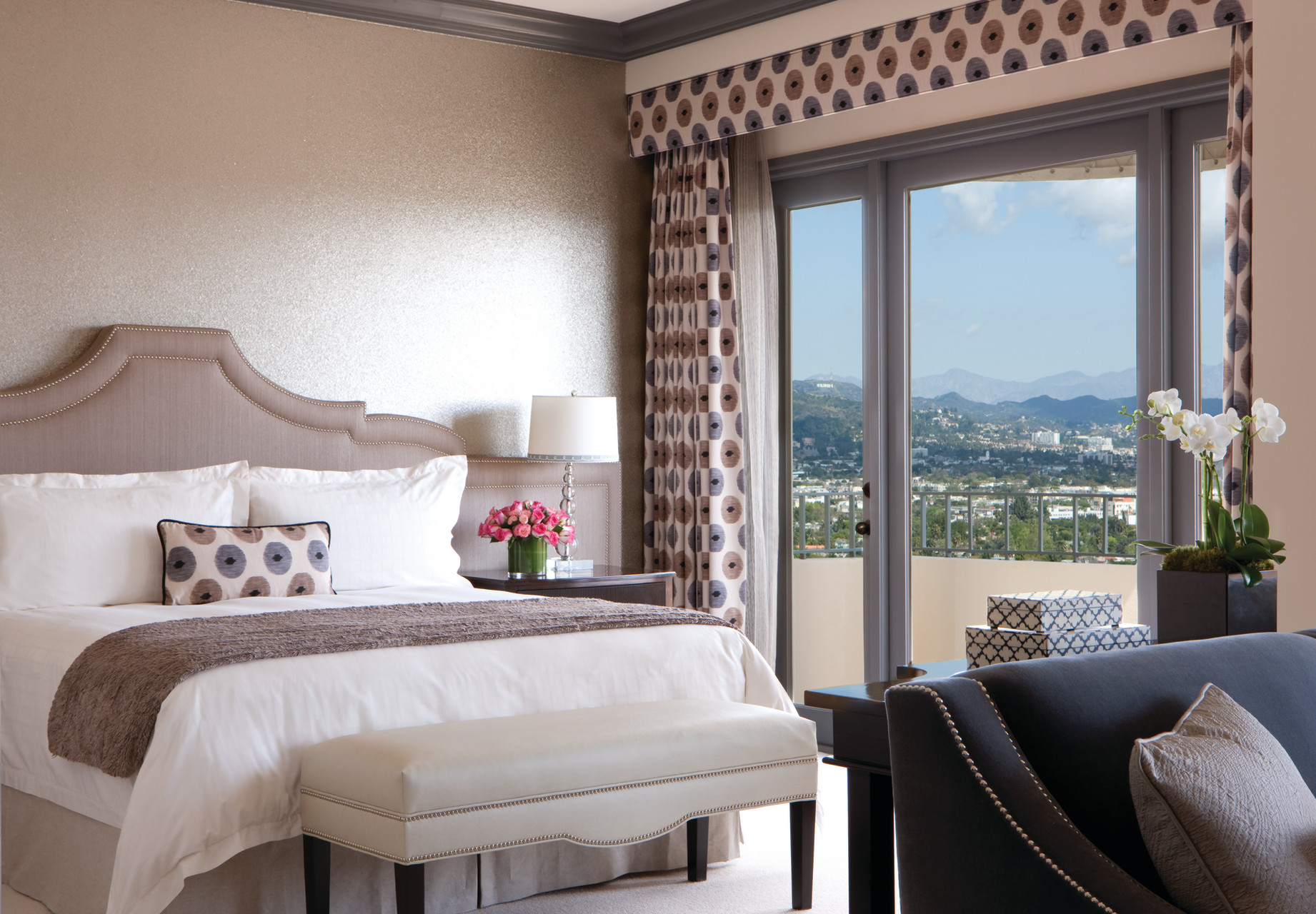 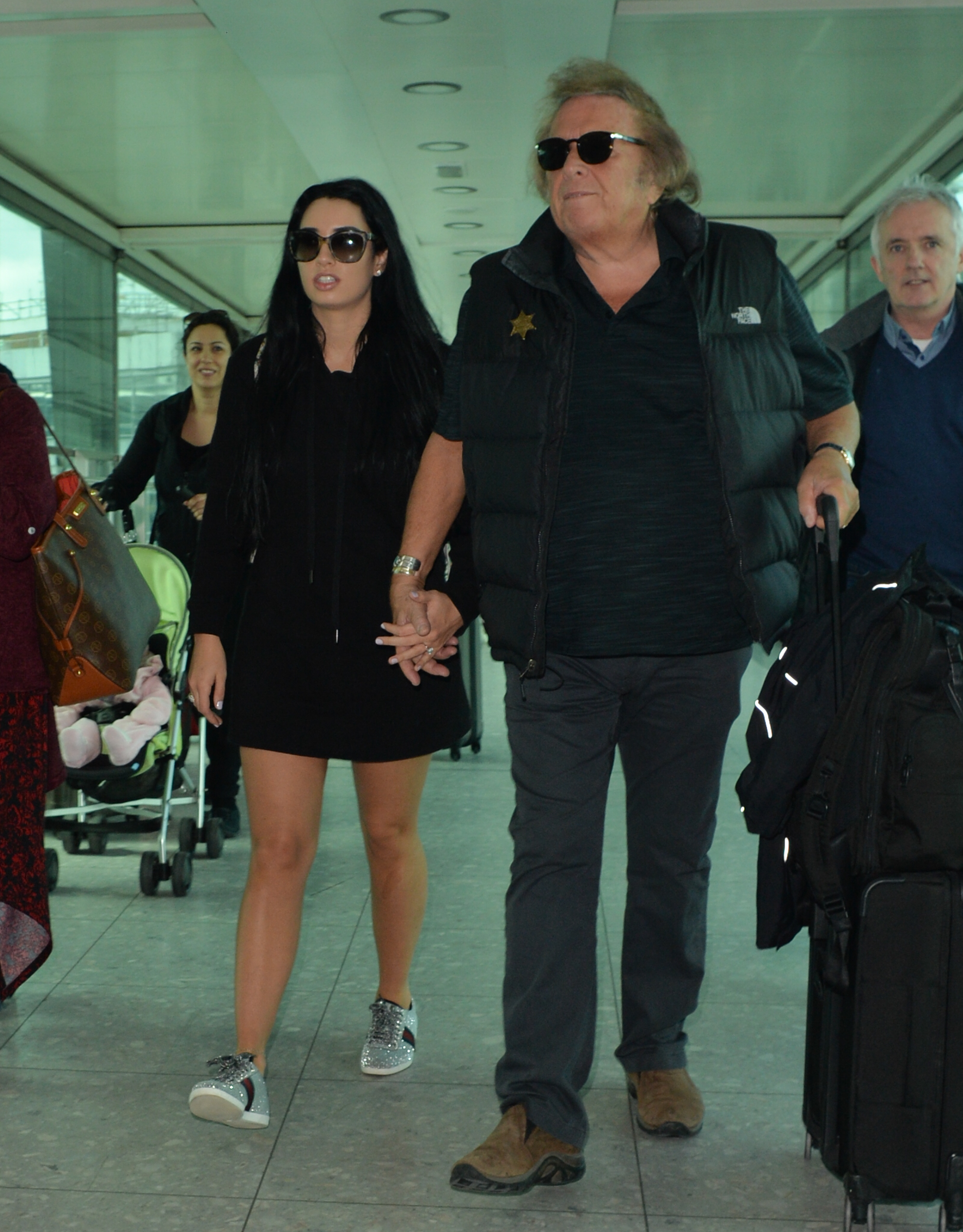 Off to another fabulous destination. The lovebirds are snapped holding hands at LAX airport 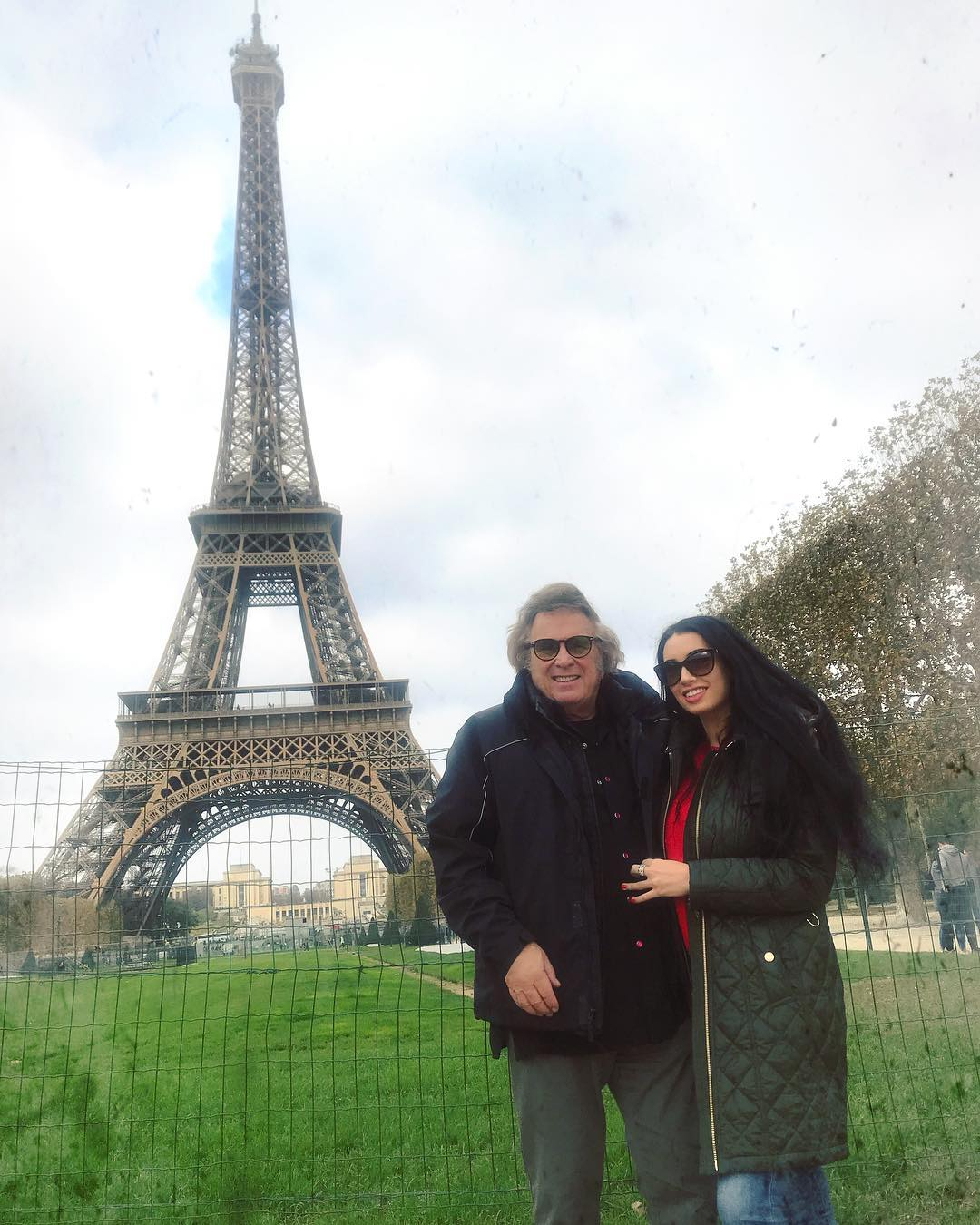 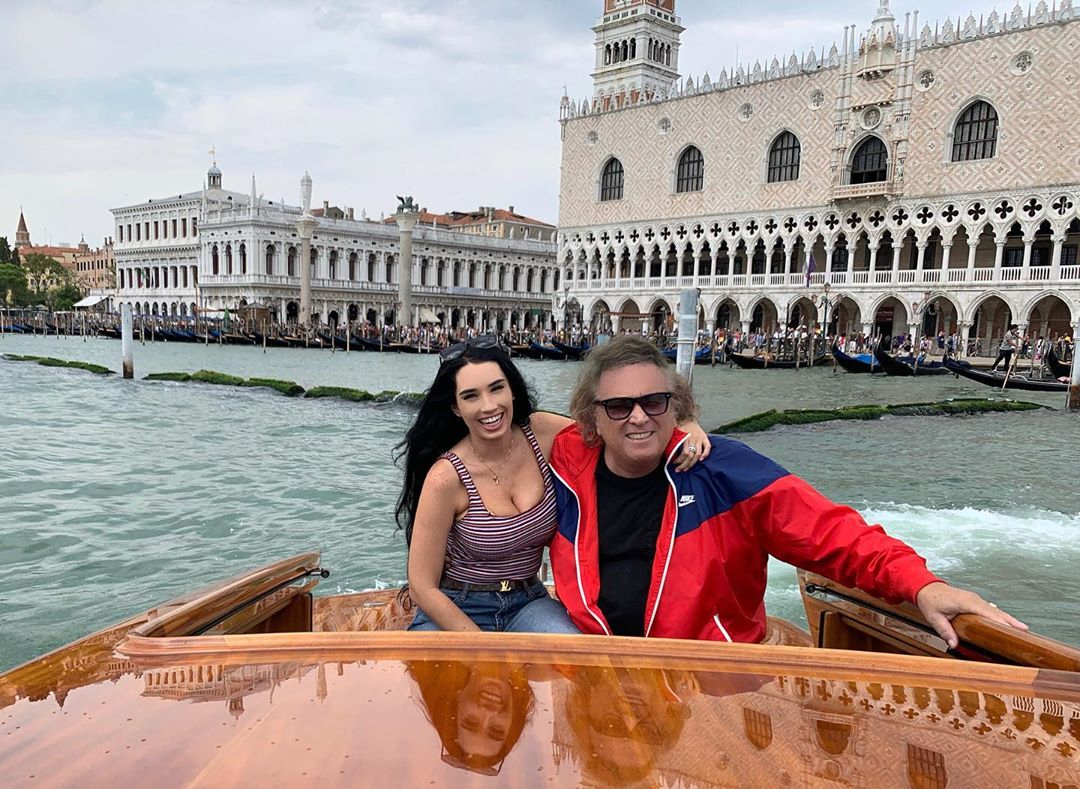 While Don rehearses on tour, his girlfriend often spends the day shopping at high-end retailers such as Prada and Gucci.

The 25-year-old is frequently pictured with shopping bags from high end retailers, such as Christian Louboutin, where shoes range from  £500 to £1,900.

She also seems to be a lover of Italian clothing brand Valentino, and recently posed in their £650 Rockstud patent leather heels.

Paris also shops at Hermes – one of the world's most expensive fashion labels, loved by the Kardashians.

She summed up her love for the brand by simply captioning an image of a Hermes shopping bag, "Yum." 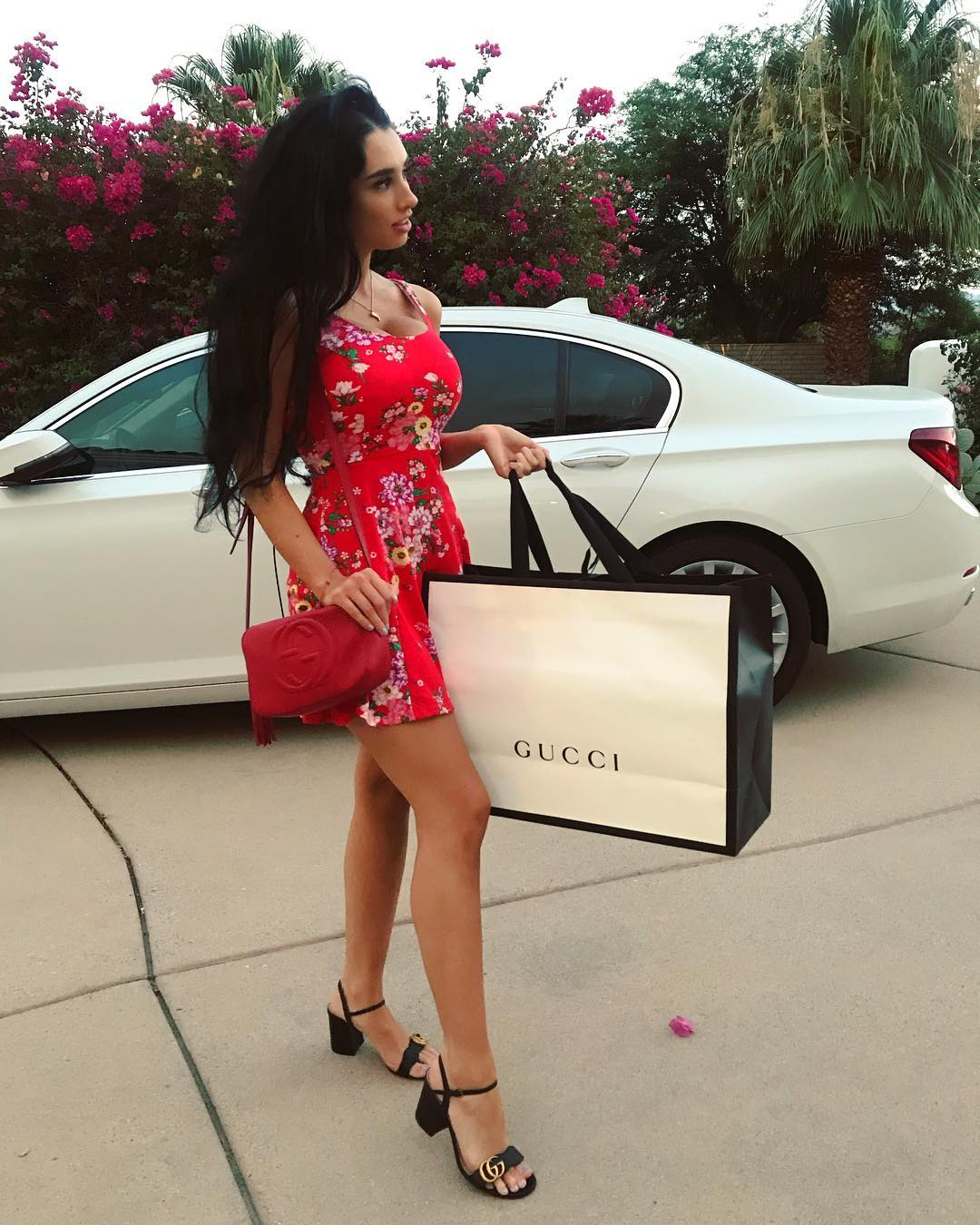 "That wouldn't be out there for people to see without her," insists tech-averse Don.

The pair often hang out in the studio and dine with the likes of Ed and fellow legendary rockers, such as Roger Daltrey from The Who.

"Paris loves a lot of artists," says Don, before adding tongue-in-cheek. "I'm not her only love; she's got many others."

Paris has also shared snaps of herself arm-in-arm with rocker Alice Cooper, and one with Hollywood director, Quentin Tarantino. 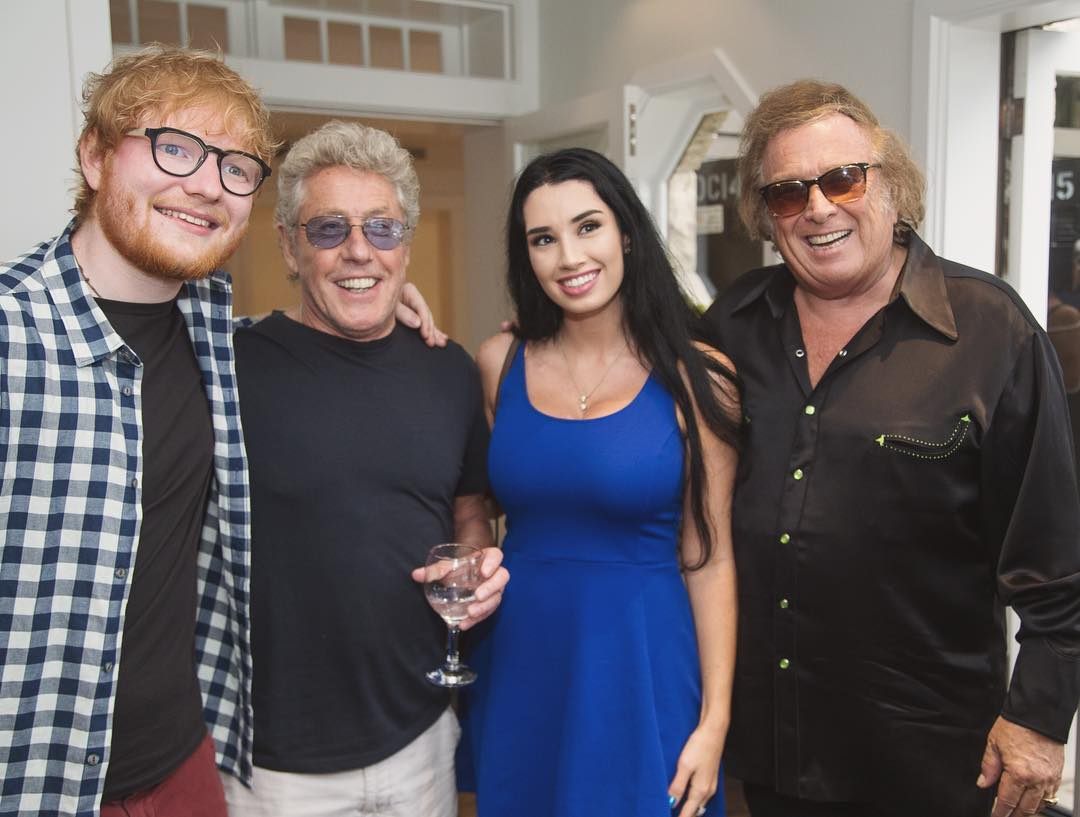 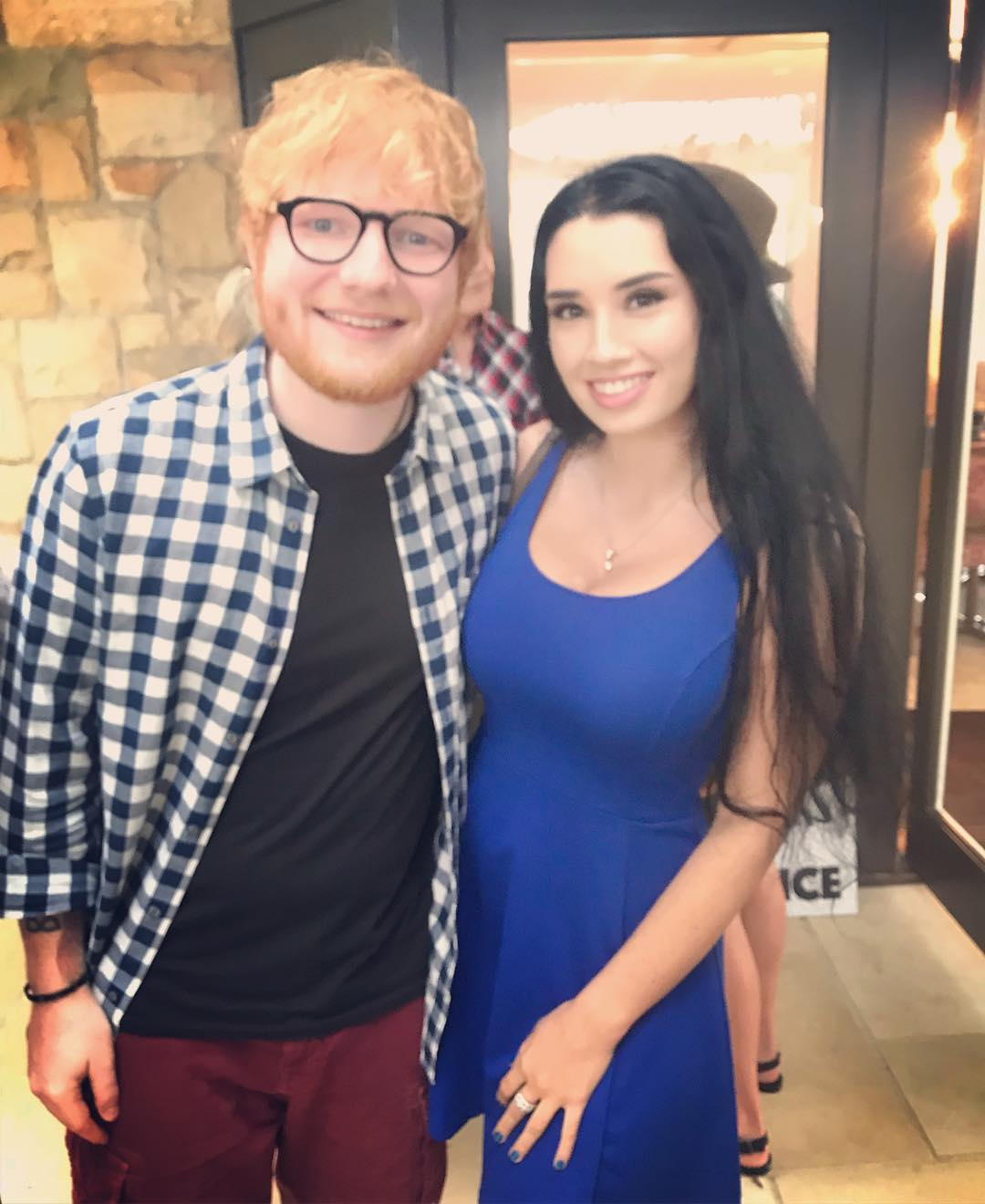 When they are not on the road, the couple are usually holed up in Don's 300-acre estate in Maine or in one of his other sprawling mansions in California.

Paris frequently shares snaps of herself at the various homes, by the pool in her bikinis – and with her beloved chihuahua, Tiki.

It's not clear whether she's still working a his social media manager – but she's certainly cemented her position as Don's Miss American Pie. 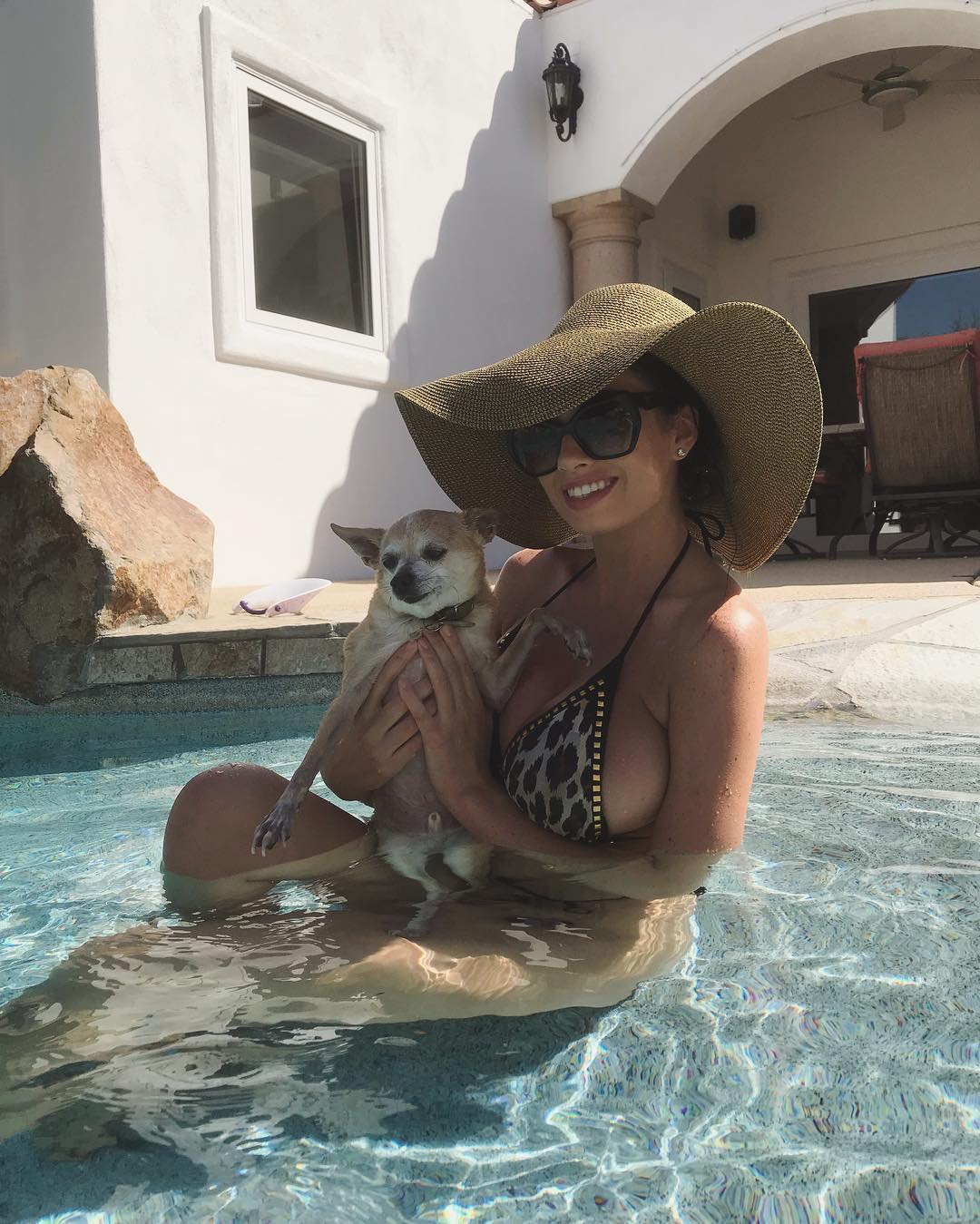