We get to the bottom of a very, very important question. You’re welcome 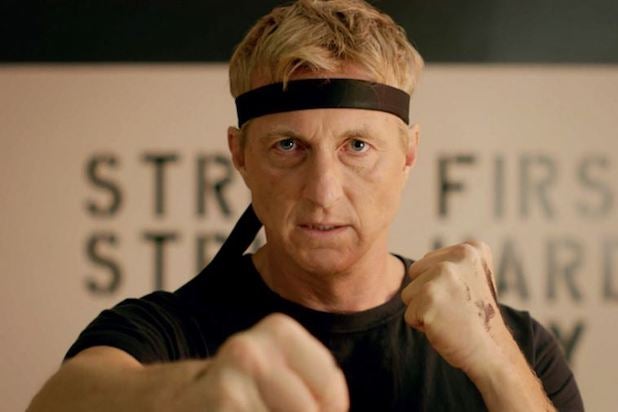 (This story originally published on April 1, 2019, and has been republished for the Aug. 28, 2020 transition of “Cobra Kai” Seasons 1 and 2 to Netflix. The series originally streamed on YouTube’s paid platform.)

William Zabka is the (billed) star of YouTube series “Cobra Kai” and the same guy who played Johnny Lawrence back in “The Karate Kid” days. But when did you become so grown-up and formal, bro? What happened to “Billy”?

We had to know — turns out this writer (and probably much of America) had the order all wrong. Kind of.

“When I did ‘Karate Kid,’ I was ‘Billy Zabka.’ I’ve been ‘Billy’ my whole life. And then we had to do my name for the credit, and I thought, ‘Well, am I always gonna be a Billy? No, one day I’ll probably grow into a William,’” he told me, a “Tony” who considered growing into an “Anthony,” professionally. “‘William sounds more mature, and it’s my birth name, so we went with ‘William Zabka.’ So it’s always been William Zabka first and most people would address me that way.”

So what the hell are we thinking of?

“When ‘How I Met Your Mother’ came along, which was a super-popular show, Barney Stinson (Neil Patrick Harris) called me ‘Billy Zabka.’ On that show I was referred to as ‘Billy Zabka, Billy Zabka, Billy Zabka,’ and then people got more comfortable calling me ‘Billy’ and now ‘Billy’ is out there and you see ‘William’ and people think I’m trying to throw ‘William’ in front of ‘Billy,’” he continued. “It’s a big car wreck, dude.”

“I probably should have just stayed with ‘Billy’ the whole time, it would have been very easy,” Billy/William Zabka said. “But one thing I do like about the difference is that if I’m somewhere in public and somebody calls out to ‘William’ and I’m like with my family, I know that they most likely don’t know me personally.”

“This is a great thing to put in print,” he joked, “but ‘Billy’ will get my head turned.”

Well, we (internet) printed it. Have at Billy Zabka, general public.