How many episodes are in The Pact on BBC One?

The Pact is the highly-anticipated thriller series from Pete McTighe on BBC One. The series stars Breaking Bad’s Laura Fraser, Coronation Street’s Julie Hesmondhalgh, 35 Diwrnod’s Heledd Gwynn and Keeping Faith’s Eiry Thomas. Express.co.uk has everything you need to know about the series.

How many episodes are in The Pact?

After more than one year of waiting, The Pact has finally arrived on BBC One.

The series premieres tonight (Monday, May 17) at 9pm on BBC One and the BBC iPlayer.

Episode two will follow tomorrow evening (Tuesday, May 18) at 9pm.

There are six episodes in the series which will air every Monday and Tuesday evening on BBC One and the BBC iPlayer.

Alternatively, you can binge-watch the entire series via the BBC iPlayer after the first episode has aired. 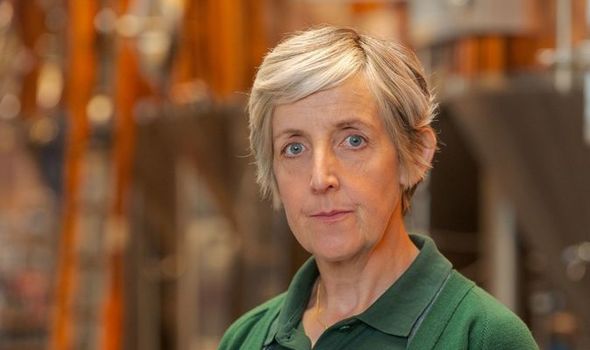 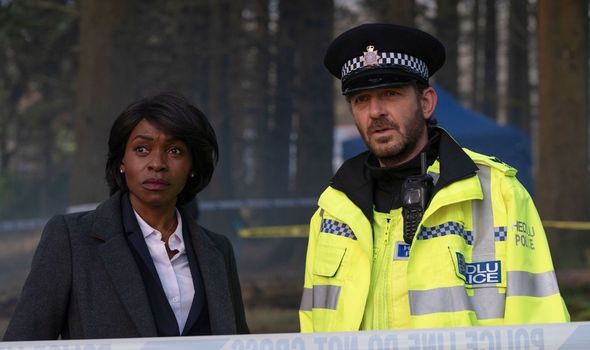 To watch The Pact, you must have a TV licence.

Each instalment in The Pact is an hour-long in length, finishing at 10pm.

The Pact follows the story of four employees who are drawn into a pact of silence after their boss is found dead.

The synopsis for the series reads: “When a young brewery boss is found dead, a chain of events is triggered that draws four of his employees; Anna (played by Laura Fraser; Breaking Bad), Nancy (Julie Hesmondhalgh; The A Word, Broadchurch), Louie (Eiry Thomas; Keeping Faith) and Cat (Heledd Gwynn; Ordinary Lies) into a fragile pact of silence, bound by a secret that will change their lives forever. 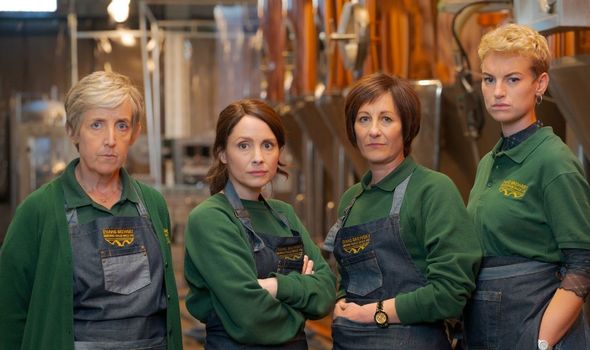 Express.co.uk has the full breakdown of the episode release date and spoiler-free details below.

Episode one introduces viewers to colleagues Anna, Nancy, Louie and Cat who are at loggerheads with their boss Jack Evans.

The second episode will see Anna, Nancy, Louie and Cat from The Pact.

DON’T MISS…
The Pact BBC cast: Who is in the cast?  [CAST]
The Pact BBC release date, cast, trailer, plot: When is it out?  [DETAILS]
Netflix makes bid for top BBC drama Call The Midwife  [STREAMING] 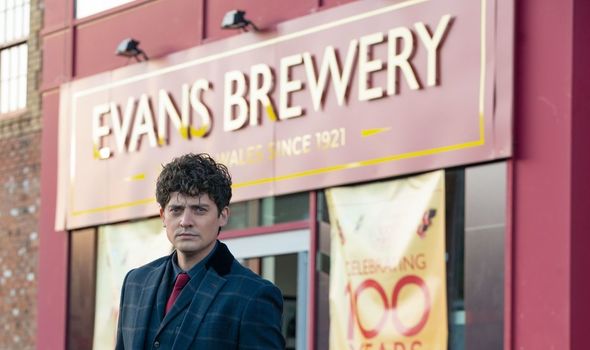 The third instalment of The Pact will reveal a “horrific” family secret.

The synopsis for episode four teases a “shock discovery.”

The penultimate episode will see Max (Jason Hughes) on the hunt for the truth.

In the finale, the truth and the darkest secrets come to the surface.

Who stars in The Pact?

Laura Fraser stars in The Pact as Anna alongside Julie Hesmondhalgh as Nancy.

Describing her character, Fraser said: “I play Anna who is about to turn 40. She’s re-evaluating her life, she feels like she’s achieved nothing – she had her kids young and she’s only now getting the confidence to go for a promotion at the brewery where she works with her friends Nancy, Lou and Cat.”

Eiry Thomas takes on the role of Louie, starring opposite Heledd Gwynn as Cat.

Also in the series is Eddie Marsan as Arwel and Jason Hughes as Max, alongside Aneurin Barnard and Gabrielle Creevy.

Describing his character, Hughes said: “Max is married to Anna. He’s a good guy; a very solid, grounded guy. He’s one of those guys that has a natural zest for life.

“He’s very passionate about his family and puts that above everything else. He cares a lot about the well-being of his wife and his kids.

“Then before he knows it, he’s been put on the case and is completely involved in finding out what happened.”

The Pact premieres Monday, May 17 on BBC One at 9pm