'How to Get Away With Murder' After the Finale: What's Next for the Cast? 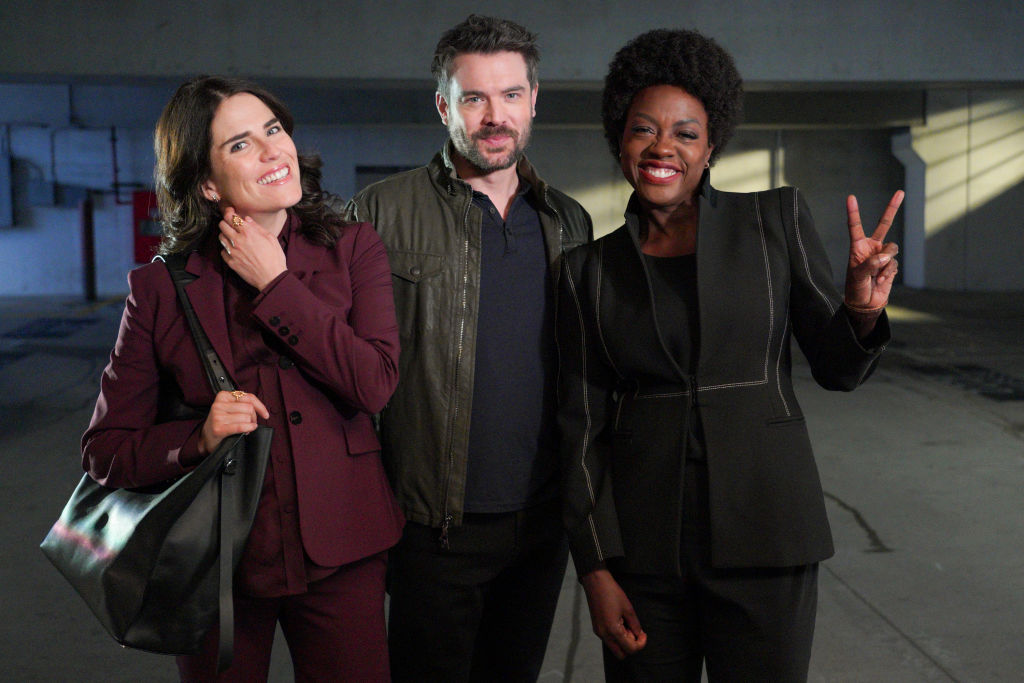 Hollywood veteran, Viola Davis, led the cast of How to Get Away with Murder. As legal eagle Annalise Keating, Davis stretched her dramatic muscles with powerful performances and dynamite monologues. Before and during her stint on the ABC drama, Davis appeared in films including The Help, Suicide Squad, and Fences. Now that the show has ended, she has shown no signs of slowing down.

The actress has four films cooking, including biopics about Ma Rainey and Harriet Tubman. Ma Rainey’s Black Bottom is slated for a 2020 release, while the untitled Harriet Tubman project is in development. Davis is filming another untitled film, which also stars Sandra Bullock, plus she has been tapped to play Michelle Obama in the First Ladies television drama.

As Michaela Pratt on How to Get Away with Murder, Aja Naomi King became a master of biting banter. Her spunky portrayal of the law student who pulled herself up by the bootstraps resonated deeply with the audience.

Fans can see the rising star next in The 24th, co-written by Trai Byers of Empire fame. The film’s  director, Kevin Willmott, partnered with Byers to co-write the Jim Crow-era drama. The 24th centers around the all-Black 24th United States Infantry Regiment during the Houston Riot of 1917.

I grow my beard back every chance I get

RELATED: ‘How to Get Away with Murder’ Final Season: Fans Don’t Want to Say Goodbye

Asher Millstone, played by Matt McGorry, was a rich kid witha talent for irking his law school classmates. But he eventually earned a placein the hearts of his cohorts and viewers.

During his time on How to Get Away with Murder, McGorryjuggled several feature-length and short films, including the Netflix original,Uncorked, which launched on the streaming giant in March. He willcontinue appearing on the big screen in 2020 and beyond, starting with Deathof a Telemarketer. In the story, a would-be swindler becomes the target of aman he tried to rip off.

As I prepare for my next scene in these final few episodes #HTGAWM in a wig and floor length velour robe there is no time to question my life choices, only to move full steam ahead…🙃

Charlie Webber played the part of Frank Delfino withbeautiful complexity. As the muscle of the crew, Frank wasn’t afraid to get hishands dirty, but Webber brought humanity to a character who committed inhumanacts.

Webber, who has worked consistently in television and film for twenty years, recently completed a voice-acting gig in the sci-fi video short, Adam Strange. Next up for Webber is the feature film, After We Collided. The drama, based on the novel of the same name, revolves around the love story of two young adults.

RELATED: ‘How to Get Away with Murder’ Cast Plays ‘Who Said It?’

“I know I look nice, but that’s just my face,” said Bonnie Winterbottomin the first season of How to Get Away with Murder. As the actress whoportrayed Bonnie, Liza Weil brilliantly brought understated ruthlessness to thecharacter.

Fans can catch Weil in a recurring role on The MarvelousMrs. Maisel, now streaming on Amazon Prime. Beyond that, the star has threeupcoming films in the works. The Black Emperor of Broadway, which wasinspired by a play, centers around a Black actor who won a Broadway part in1921. Looking ahead, Weil will also appear in Women Is Losers and Mosquito.

In How to Get Away with Murder, Laurel Castillo often made morally ambiguous decisions. On the other hand, as the actress behind the character, Karla Souza made solid creative choices in her authentic portrayal.

Souza disappeared from the show during the first half of season six, but it appears that she kept busy while away. Fans may remember her from the 2019 horror reboot, Jacob’s Ladder. Coming soon, Souza will star in the action flicks, The Sleepover and The Jesuit. And on the small screen, the actress has an Amazon Prime drama series called El Presidente in development.

Harry Potter film series veteran, Alfred Enoch, played Wes Gibbins on How to Get Away with Murder. The character became the center of much of the drama depicted on the show from the very beginning, back in 2014. Since then, the actor has landed several film and television projects, including BBC’s Troy: Fall of a City. Enoch’s next project, Executive Order, is completed and awaiting a release date.