BBC Breakfast presenter Naga Munchetty and Saturday Kitchen host Matt Tebbutt are known for the banter in their relationship. The pair often get into slanging matches with one another, with Naga often being the one to make quips against Matt. On Saturday, July 9, whilst finding out what Matt had lined up for viewers, Matt was left speechless when Naga made a confession about his co-star Olly Smith who hosted the show last week.

Handing over to Matt, Naga quipped: “Do you know the best thing to get you relaxed, find out what Matt Tebbutt is cooking up on Saturday Kitchen.

“It’s a lovely bit of comfort eating, well… even with you, Matt.”

Shocked at the nice part of the sentence, Matt commented: “I was going to say you are being overly nice, you were lovely to Ollie last week!” 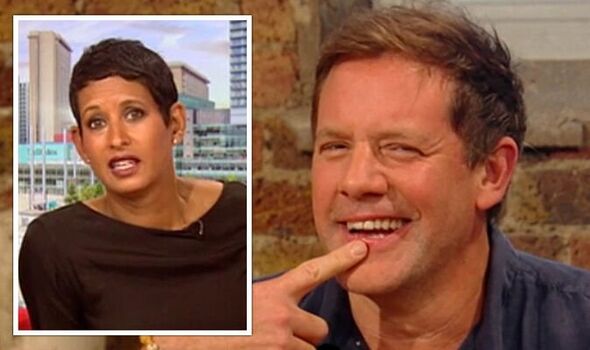 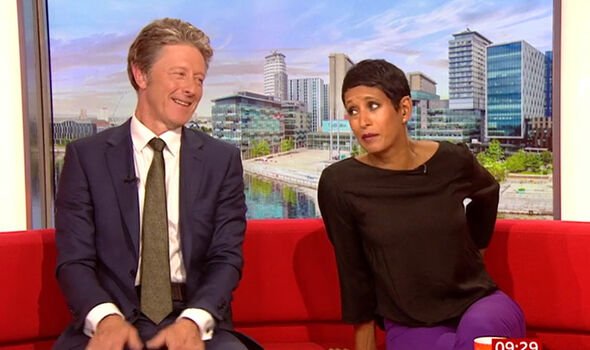 Laughing at the insult, Matt added: “Well, there you go, I was waiting for that, week in, week out you are just throwing me this line that and I don’t know where to go with it, and you were just so lovely to Ollie… just saying.”

Continuing the joke, Naga teased: “Well, it says a lot doesn’t it,” to which Matt agreed awkwardly: “Yeah, it speaks volumes. Shall we go on?”

After speaking to his guests Cyrus Todiwala, Tony Singh and James Bay, he concluded: “There you go, we will see you at 10 if you are there…” 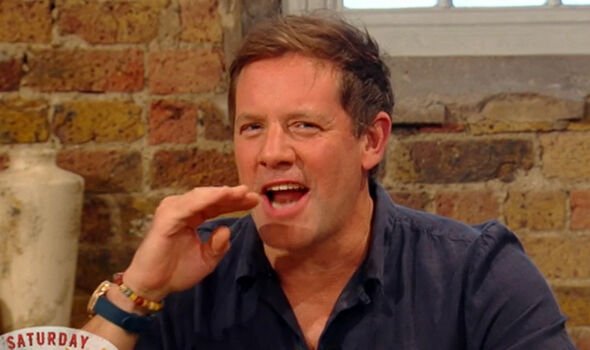 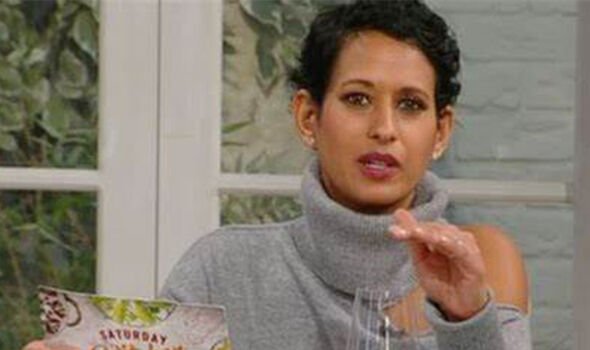 Matt recently opened up about his relationship with Naga and told Express.co.uk that he enjoys the on-screen banter that the pair have.

He explained: “She is really, really good fun. I met her once in actual life when I made BBC Breakfast many years ago, but it’s just that toing and froing, that news link.

“She’s got this particular form of banter. I love her sort of sharp tone.

“I love that she doesn’t take any cr*p, basically.”

Matt, 48, has hosted the morning BBC cooking show since 2016 and welcomes an array of celebrities and specialists to join him.

Last week, Olly Smith stepped in for Matt, with the BBC host revealing on the previous show: “If you didn’t know by now, Olly is taking charge, so good luck Olly, be nice to him.”

After a successful show, Olly took to his Instagram and expressed: “Finally! Same room, same time with @knackeredmother. As well as a love of wine, we also share the same birthday (18th September, since you ask).

“Great fun yesterday, and thank you for all of your comments, @matt.tebbutt returns to drive the bus next week, hope he doesn’t mind that I’ve left my CD of @genesis_band playing Invisible Touch on loop.”

Viewers were quick to praise Olly’s presenting skills and were impressed with how he managed the episode.

Saturday Kitchen airs Saturday from 10am on BBC One.