TLC is preparing to deliver more cringe-worthy relationship drama. Season 3 of I Love a Mama’s Boy is coming to the network in June 2022. Here’s when the new episodes air and which cast members will return for the new season.

I Love a Mama’s Boy Season 3 premieres Sunday, June 19 at 10 p.m. ET on TLC. The new season will have 12 episodes and feature “cringeworthy to catastrophic moments – including a forced paternity test,” according to the network.

Dating an extreme mama’s boy is the mother of all problems! When your boyfriend or husband is still spoiled, coddled and spoon-fed by his mom, it can lead to a serious romantic crisis. So what really happens when you find yourself in a love triangle with your boyfriend’s mother? This series follows different women as they compete for the affection of their significant others…with their significant mothers! 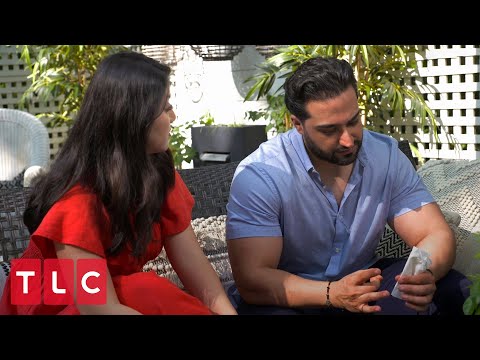 The new season of I Love a Mama’s Boy will feature a few familiar faces. Matt and his mom Kelly have been on the show since season 1. They’re back for season 3. But it seems unlikely that Matt’s girlfriend Kim will return. She broke up with Matt at the end of season 2, having finally had enough of his mommy issues.

Laila and Shekeb have also been on the show since its first season and will return for the new episodes. Shekeb’s girlfriend Emily repeatedly clashed with the overbearing Laila in the first two seasons. As of now, it’s not clear if Emily will appear in season 3 or if she’s still with Shekeb. On Instagram, a fan recently asked her if they were still together.

“I wish I had a definite answer,” she replied.

Three new mother-son pairs will also join the I Love a Mama’s Boy cast in season 3.

I Love a Mama’s Boy is just one of several reality series returning to TLC in the coming months. Fans can also look forward to: