I May Destroy You has gained instant popularity after debuting on HBO last Sunday and BBC the following day. The drama prompted a huge response from viewers and with the third instalment airing this evening, there will be many questions to answer for Arabella (played by Michaela Coel), who begins to realise she has been sexually assaulted. Speaking to Express.co.uk, Michaela explained the measures taken to ensure the cast was able to cope with some of the more difficult scenes portrayed in the show.

Viewers have been given insight into the life of carefree Arabella, a successful writer who had recently been offered a generous book deal.

The pressure soon started to build as Arabella deals with her newfound popularity and status as a voice of reason.

But, things took a turn in the series opener when, despite having a deadline for her publishers, she was convinced by friends to go on a night out.

However, the night out in question had disastrous consequences when Arabella suffers a blackout and can’t remember anything about the evening before. 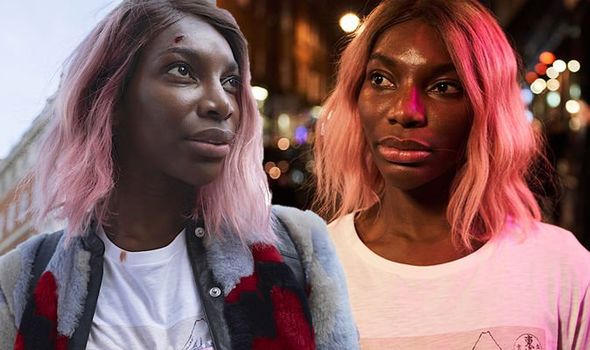 The writer awoke with a cut on her forehead and no recollection of how she had managed to return home.

Last week’s double-bill saw her slowly start to unravel what had happened and she realises she had her drink spiked.

After paying a visit to her friend Ben (Stephen Wight), she starts to realise her Uber receipts don’t match the story he has told her about she ended up home.

She’s taken to the home of someone else who was present on the night after looking up the addresses on her phone and stumbles upon Alissa (Ann Akin), who also suffered a blackout – but what will the pair uncover in episode three? 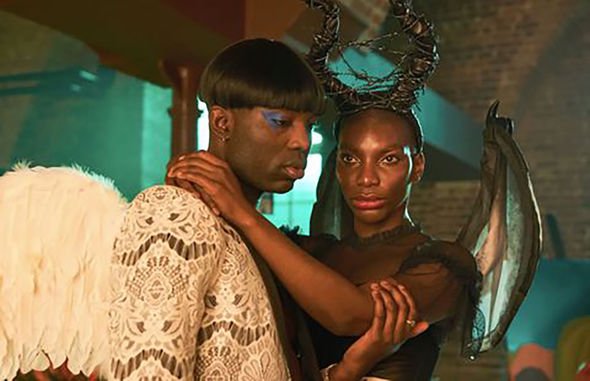 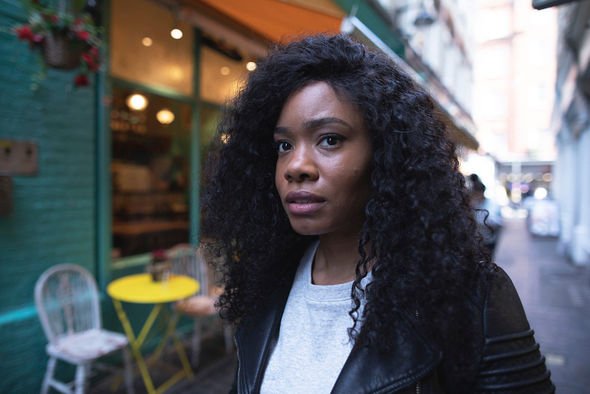 Guided by her best friends Terry (Weruche Opia) and Kwame (Paapa Essieudu) – who will have life-changing experiences of there own to deal with – she begins to unravel the truth as the story continues.

Michaela recently spoke about the show to Express.co.uk and other press prior to it airing, explaining the measures which had been taken to ensure the cast felt comfortable on-set.

The star, who also created the series, said: “We had a woman called Lou Platts, who was a therapist on retainer, so she was paid to just be there and if anybody ever wanted to talk to her.

“I met up with her a couple of times, in case it starts to feel overwhelming or, you know, because it can trigger… it can trigger memories for anyone.”

Michaela explained how nobody was excluded, adding: “Even people in the crew, so everybody had access to Lou to talk to.”

Her co-stars Weruche and Paapa also gave their verdict about their time shooting the new series, admitting they felt “very safe,” despite the difficult issues at hand.

Weruche said: “I think it was a very, very, very safe space. I mean, I felt very comfortable and felt that if there was an issue, I could speak up at any point and everyone was very respectful.

“You know, no-one was pushed to the side, it was a very respectful space. And I don’t think I’ve ever experienced that before.”

She continued: “I didn’t feel at any point that saying something I could feel stupid, if that makes sense. I felt comfortable to say if I wasn’t comfortable or to have a discussion about it.

“And, everything was worked out respectfully, in a respectful, safe environment. Michaela, Sam [Miller, director], Ita [O’Brien, intimacy coordinator] did an amazing job,” Weruche shared.

The show features its fair share of sex scenes throughout the 12-parter but the stars admitted some were “less fun” to film and they were supported by intimacy coordinator, Ita O’Brien, throughout the process.

Paapa said: “I think she’s [Ita] kind of top of the game and in terms of like creating an atmosphere that allows actors to perform in a way where they feel free to explore without the kind of feeling things that are outside of their control, or feeling that the other actor or the opposite performer is in danger. It always felt very safe.