I'M A Celebrity fans were concerned for Jacqueline Jossa as she unleashed her anger like she's "possessed" in the Dingo Dollar Challenge.

The former EastEnders actress and Andy Whyment were tasked with a Jumanji themed challenge. 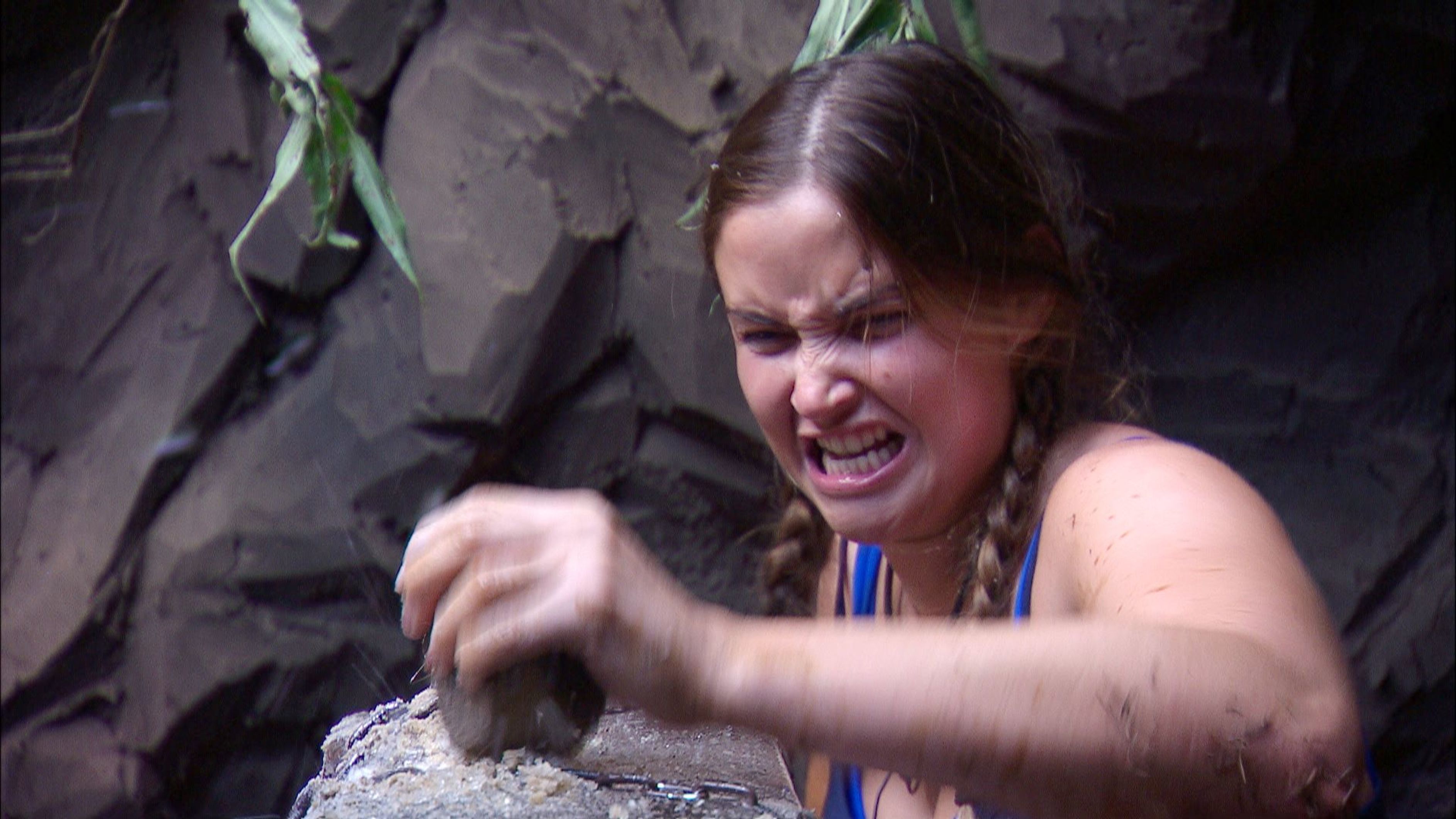 In one part of it, Jac was forced to smash ice on a rock.

However, the faces she was pulling and the anger unleashed on left some fans slightly concerned.

One fan said: "I wonder who Jacqueline was actually directing all her anger at during that frenzied hammering?"

A second said: "@jacquelineMjos just said she was using the anger she had when Eastenders lost to Corrie to smash through the ice…in front of a Corrie star"

A third remarked: "never related to anyone more than jaq go on girl get that anger out"

She was previously overjoyed to see Dwayne "The Rock" Johnson appear during the task.

They ventured to the challenge area to find an old TV set and a retro game console on a table.

The pair read the famous Jumanji words on the TV screen: "A game for those who seek to find, a way to leave their world behind".

Then Dwayne Johnson appeared on the screen, telling the screaming duo: "To win the dollars, complete three games. Then grab the red jewel that is yours to claim. 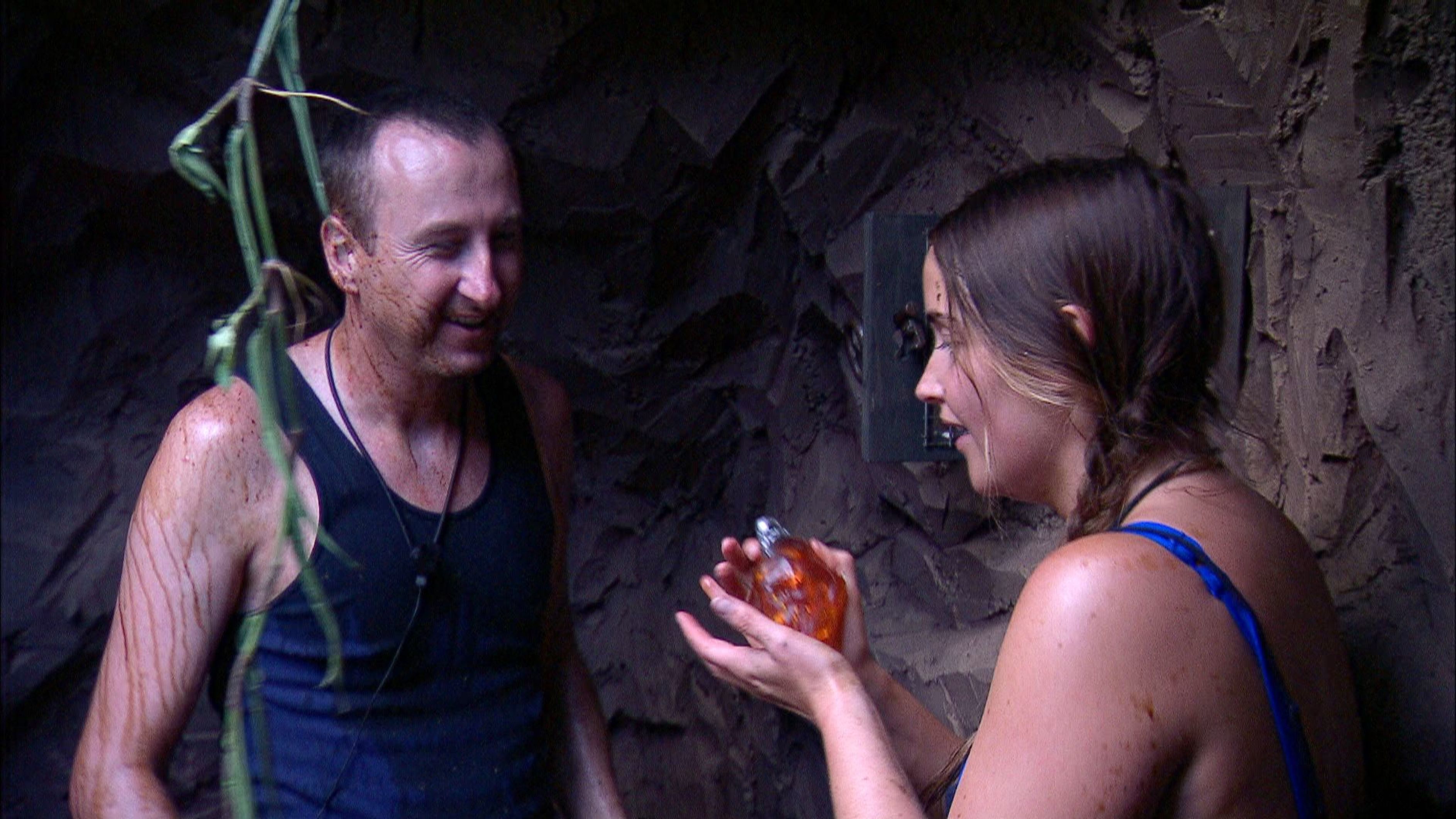 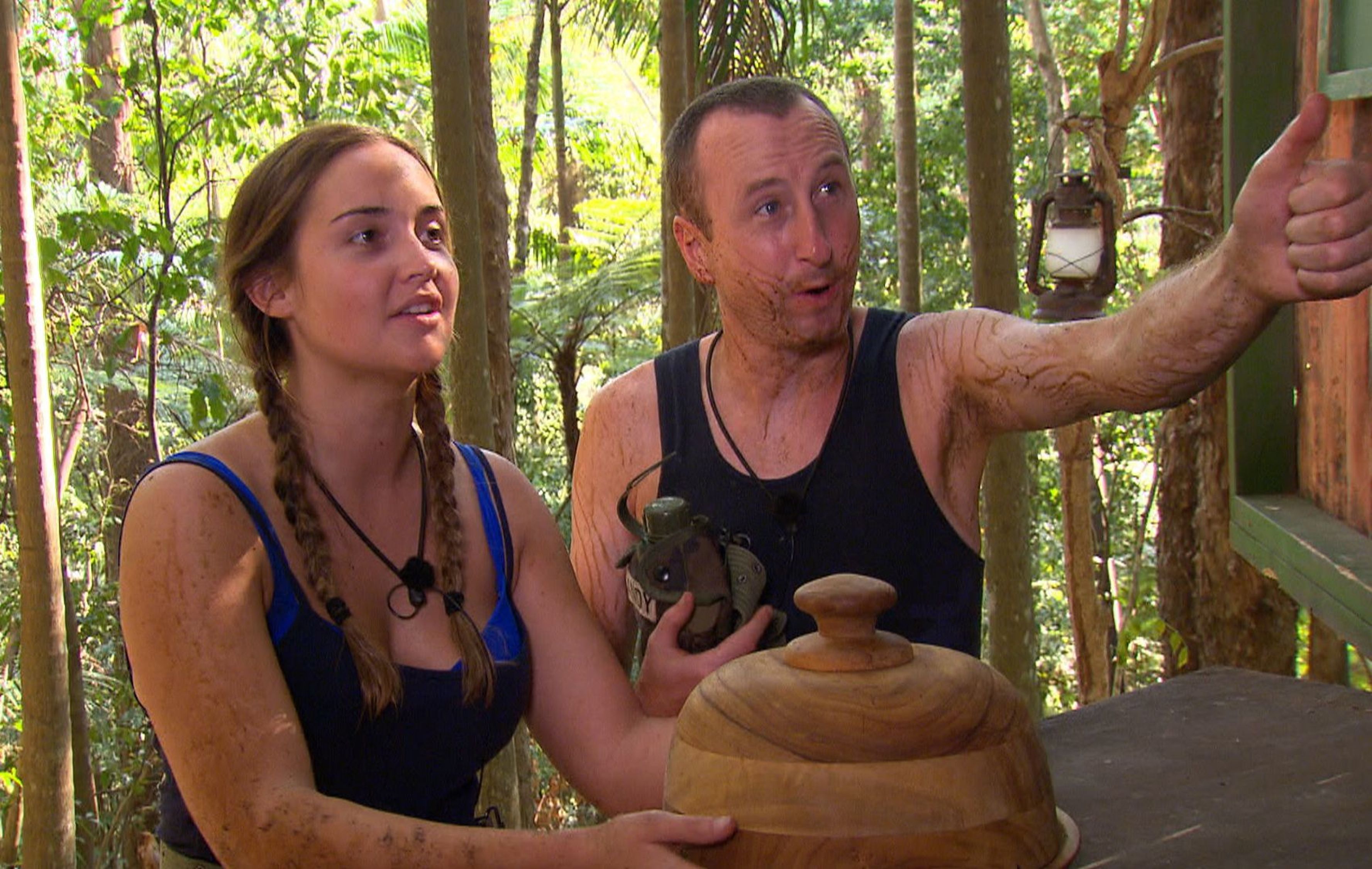 "If you escape with the jewel and place it into the light, then shout 'Jumanji', enter the shack for delight."

After the challenge The Rock reappeared on the TV alongside his Jumanji: The Next Level co-star Kevin Hart.

While Kevin Hart told them: "You have placed the jewel into the light and Jumanji is completed."

Dwayne Johnson added: "In return you have been awarded 100 dingo dollars. Please spend them wisely."