I’m A Celebrity… Get Me Out of Here! saw Adele Roberts and Roman Kemp successfully win all 10 stars. As they reaped the rewards of their eating challenge, tonight saw ex-footballer Ian Wright grow increasingly frustrated with his campmates this evening.

The celebrities were treated to a full meal this evening down to Adele and Roman’s win this evening.

As Jacqueline asked Ian if he wanted “a bit of chicken,” he replied: “I really honestly don’t want no more,” he replied, before adding: “He [James Haskell] needs it more than I will.”

Jacqueline and Andrew Maxwell emphasised that the ex-rugby union player already had food, he replied: “So what, he can have another one. I don’t want no more.”

Andrew hit back saying: “Jesus, the drama, just eat some!” 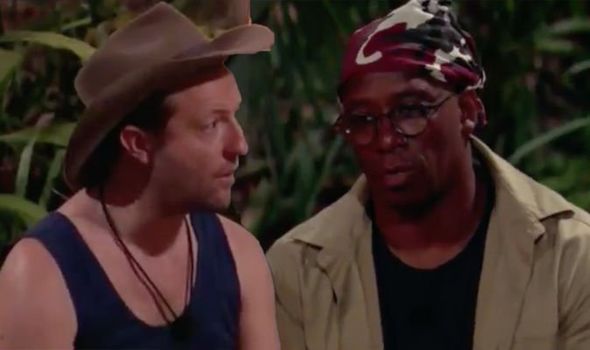 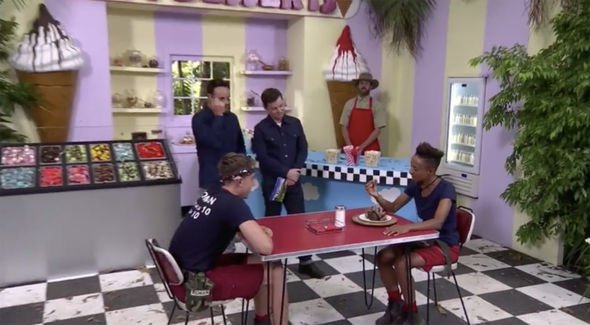 Speaking after his outburst, Ian said in the Bush Telegraph: “There’s nothing more frustrating than when you’re saying no to something, and someone continues to ask you, it’s annoying.”

Fans took to Twitter as they were confused by the star’s outburst.

One said: “Ian complaining about being starving & then refusing to eat more when offered?? #ImACeleb.” 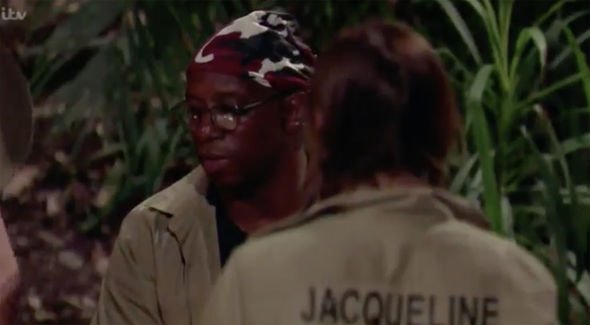 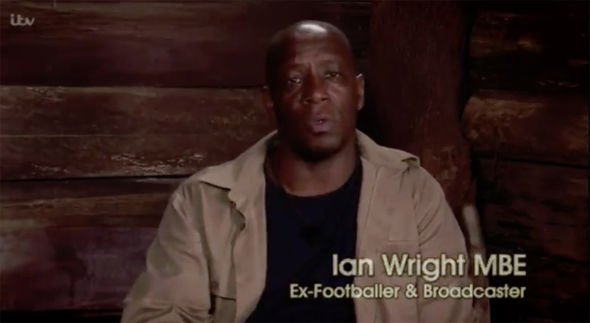 A second commented: “Ian losing it already in the jungle  #ImACeleb.”

A third wrote: “Ian Wright is really starting to get on my nerves  #ImACeleb.”

It comes after Ian insisted that he would “pay £1,000 for a creme egg” after today’s failed Dingo Dollar Challenge.

He then spoke as he hinted that he could end up leaving as he was getting annoyed with his fellow campmates.

DON’T MISS…
‘Fake news’ Nadine Coyle speaks on rivalry with Cheryl on I’m A Celeb [VIDEO]
Plebs season 6: Will there be another series on ITV? [SHOW INFO]
Cash Trapped: Contestant wins with less than one second left [VIDEO]

“It’s only four days, so we’ll have to see how it goes,” he told the Bush Telegraph tonight.

“That is where the test is going to come for me, if people get on your nerves…” he added.

However, he did emphasise afterwards that: “It’s early doors.”

Will Ian remain in the camp as amid his growing frustrations?

Tomorrow, the stars will be joined by two new campmates, as Coronation Street actor Andrew Whyment and ex-EastEnders and Call The Midwife Actor Cliff Parisi join the existing line-up.

The campmates were delighted this evening as they were told none of them would be partaking in a trial.

Instead, they two new arrivals were revealed, as Ant and Dec told the celebrities that they would be trying to win their dinner.

Will Andrew and Cliff manage to win the all important ten stars in tomorrow night’s episode?

I’m A Celebrity… Get Me Out of Here! continues tomorrow at 9pm on ITV