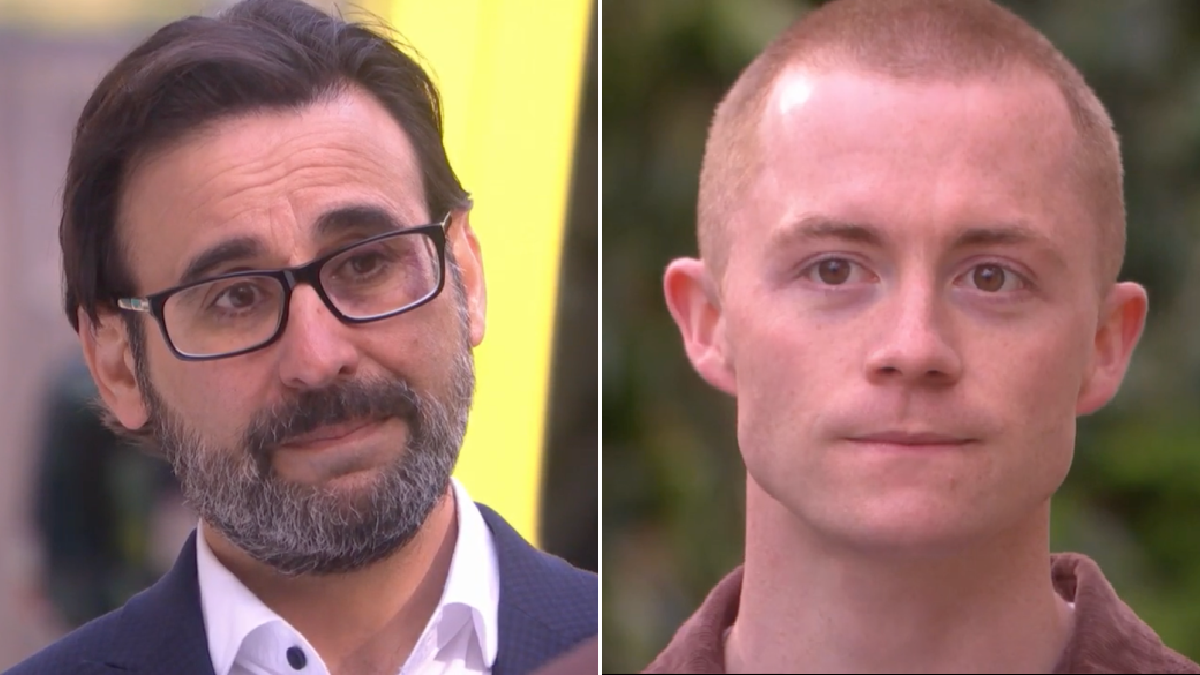 Eric Foster (Angus Doughty-Castle) confronted rapist Ali Shahzad (Raji James) in Hollyoaks, and proceeded to congratulate him for being acquitted of rape.

Ali, as viewers know, managed to evade justice earlier this week, when he was acquitted in a court of law.

Misbah Maalik (Harvey Virdi), who had bravely spoken out about how the doctor had raped her, was horrified, and struggled to come to terms with the judge’s decision.

Verity Hutchinson (Eva O’Hara), meanwhile, was determined to analyse the case so that she can help prevent something like the judge’s baffling decision in future cases.

Eric, however, started to ask some concerning questions, claiming that if the judge thought Ali was not guilty, then Ali should be considered innocent.

Shaq Qureshi (Omar Malik) overheard his statements and proceeded to attack him in the market.

Despite Sahq’s anger, however, Eric remained steadfast in his position on the matter, and even sought Ali out to shake his hand, wishing him ‘congratulations’, branding him a ‘hero’.

Eric, as viewers know, has exhibited some extremely concerning behaviour since rocking up in the eponymous village earlier this year.

Fans started to speculate that Eric was an incel, and subsequent scenes appeared to confirm that theory, as he took to a secret online male forum to vent his disturbing thoughts.

The term ‘incel’, or involuntary celibate, refers to men that desire sex but feel they have been denied it, something which they typically blame on women.

Since settling into the village, Eric has secured a job at Hollyoaks High, working as a janitor, and he soon turned his attention to Charlie, after witnessing him being shouted at by Leah Barnes (Ela-May Demircan).

He then proceeded to manipulate Charlie into believing he was the victim of the scenario, and thus encouraged him to retaliate.

Hollyoaks continues Thursday June 30 at 7pm on E4, or stream the next episode from midnight on All4.