Inside a decaying 'time capsule' house left untouched for 19 years 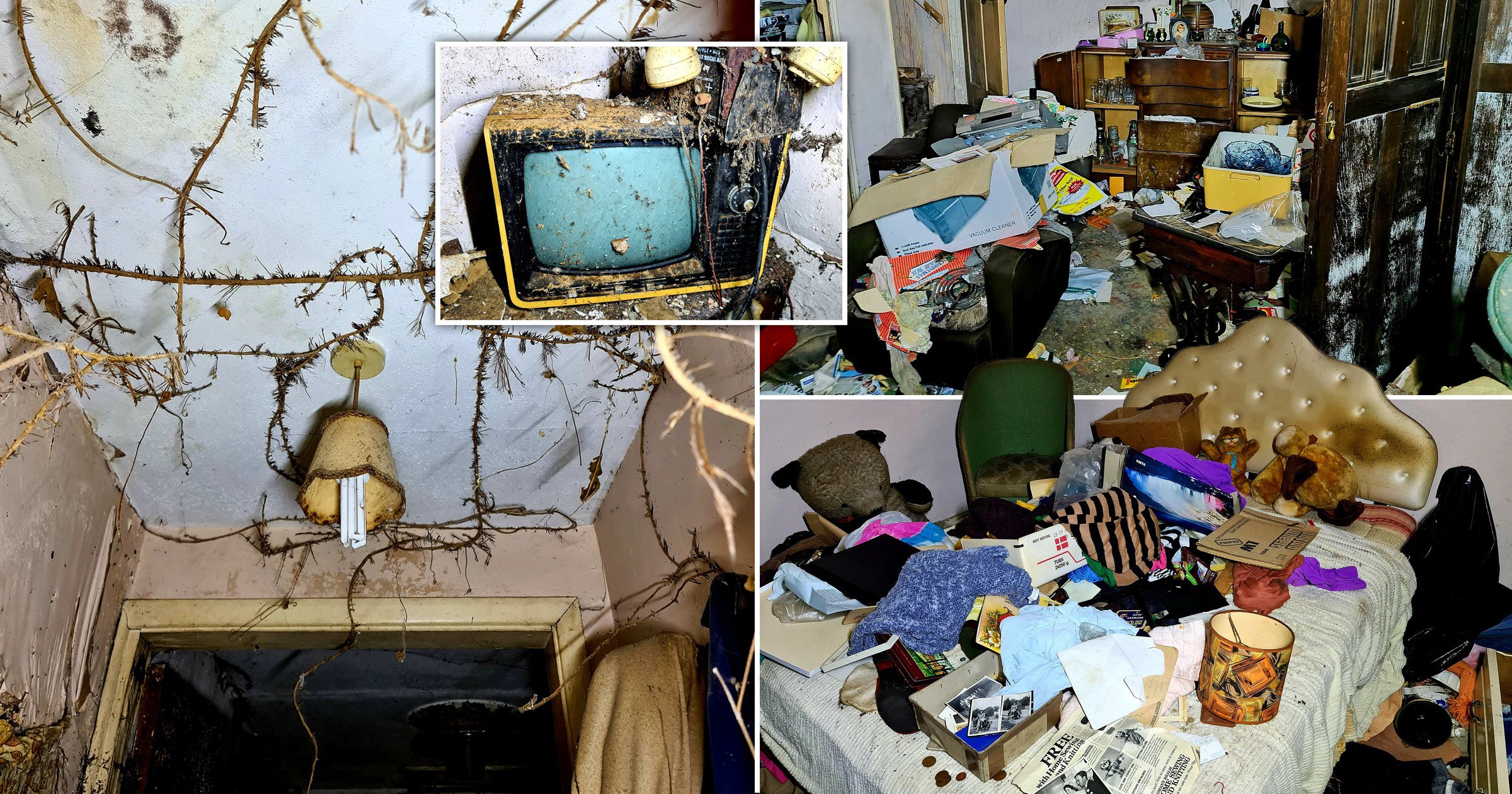 Think your home is looking a bit cluttered?

This place might make you feel a bit better.

An urban explorer has discovered a house in Yorkshire that’s been left untouched for 19 years – and has the wear and tear to prove it.

The property in Selby, Yorkshire, has piles of old belongings left to rot, plants growing up the walls, and decaying walls, all documented by Daniel Sims, who entered the property through an open window.

It’s thought the house belonged to a woman called Anne, who lived alone in the house after her husband passed away, until her death in 2003.

Since then, the property has been left to decay, with all of the late owner’s possessions still inside and revealing a glimpse into her life.

Daniel, 32, regularly shares his adventures in abandoned buildings on his YouTube channel, BeardedReality, and filmed his trek inside the home with some friends.

Among rubbish and dust, Daniel found a large wooden cabinet filled with letters, family photos, and even the owner’s coats, left hanging in the hallway.

‘It’s so sad to think if you die and there’s nobody here to come and get your belongings… it’s just all left.’

Plants are shown growing inside the walls while in the bathroom, toothbrushes and toothpaste are laid out as if ready for use.

In the kitchen, HP sauce and stacks of crockery have been left on the worktops, as well as tins of peas in vintage packaging.

Upstairs, Daniel explores a filthy bedroom were black-and-white pictures are left on the dresser and graffiti can be seen on the walls.

In another room, similarly crammed with furniture and possessions, Daniel finds old records, shoes, and signs of the ceiling decaying and starting to fall in.

Daniel described the furnishings and appliances as like a ‘time capsule’ – with nothing having been updated since the owner’s passing in the early noughties.

Daniel said: “’A wave of excitement rushed over me [as we entered] as this was my first time seeing a place like this, which is commonly referred to as a time capsule and a glimpse into someone’s life.

‘Inside everything from Anne’s life was left from out from pictures to bathroom supplies and her teeth which was super creepy.

‘Old ornaments and her clothing still hung up in the wardrobes and old letters written and received.

‘The kitchen was full of food still unused and rotting away which suggested that the property was vacated suddenly and just left.

‘The house itself on the upper floors was collapsing and falling apart due to nature retaking over.

‘It was really weird seeing all these memories and life laid open and bare like this for all to see and incredibly sad to see the place left to rot and decay.’