THE Kardashians are in Italy ahead of Kourtney and Travis Barker's third wedding and spent Friday celebrating together.

Members of the Keeping Up With the Kardashians alum and Blink-182 drummer's families were spotting out and about in Italy. 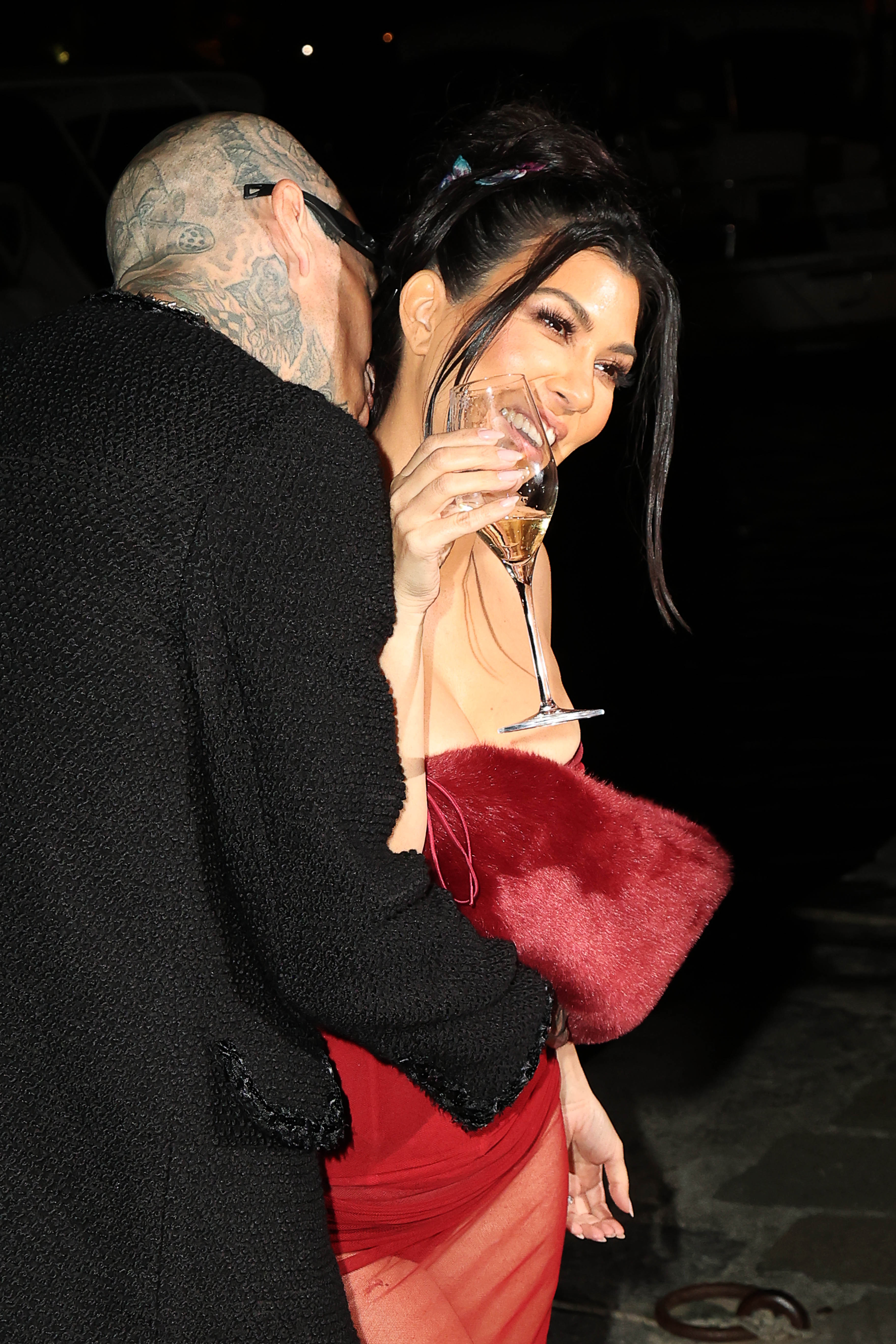 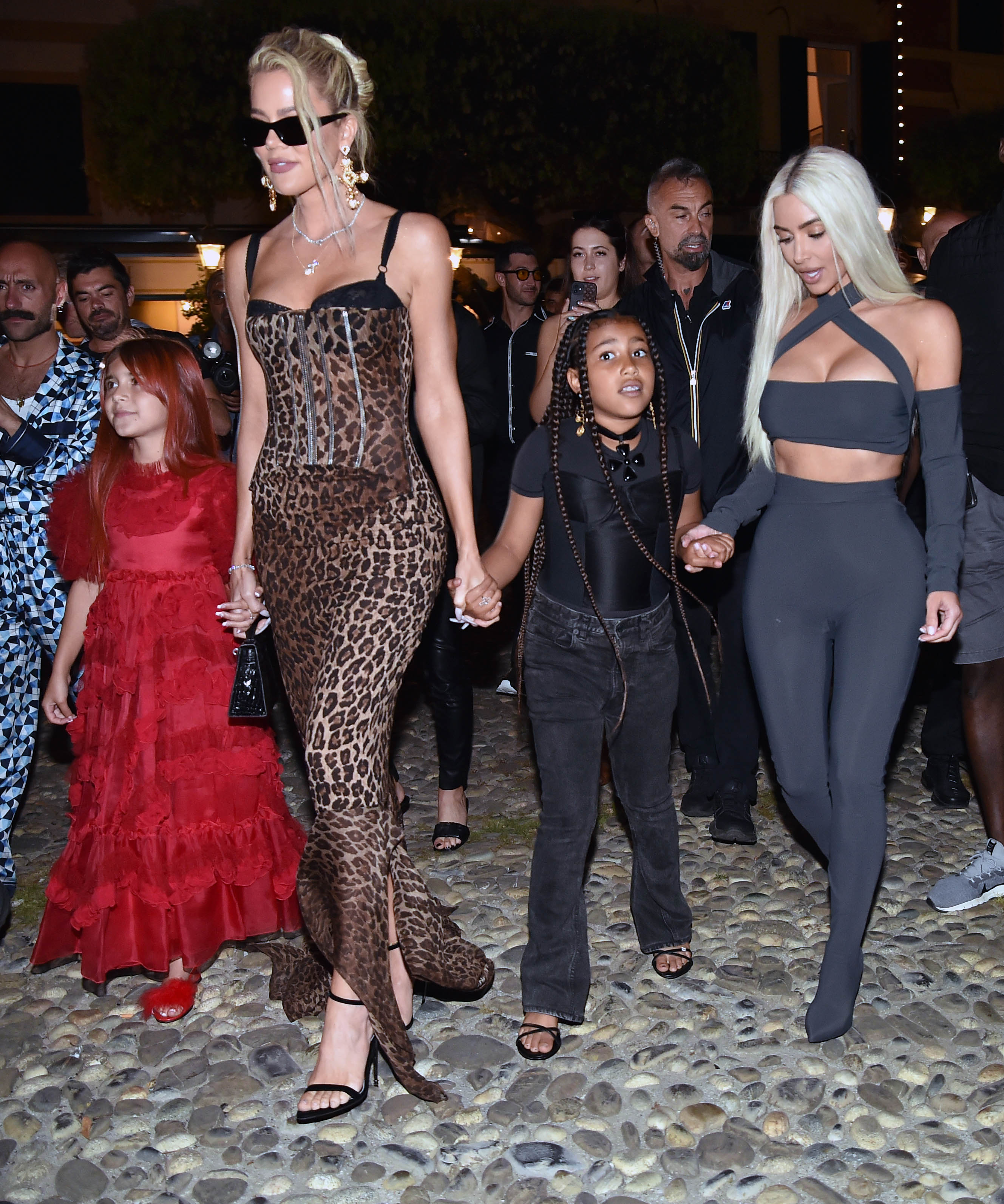 On Friday, Kourtney, 43, and Travis, 46, were spotted making their way to a restaurant in Italy.

They were joined by their respective kids – Mason, 12; Penelope, nine; Reign, seven; Alabama, 16; and Landon, 18 – as well as other members of the famous family.

The Poosh founder stepped out in a red gown, part of which was made of sheer material.

Her husband, meanwhile, wore all black. 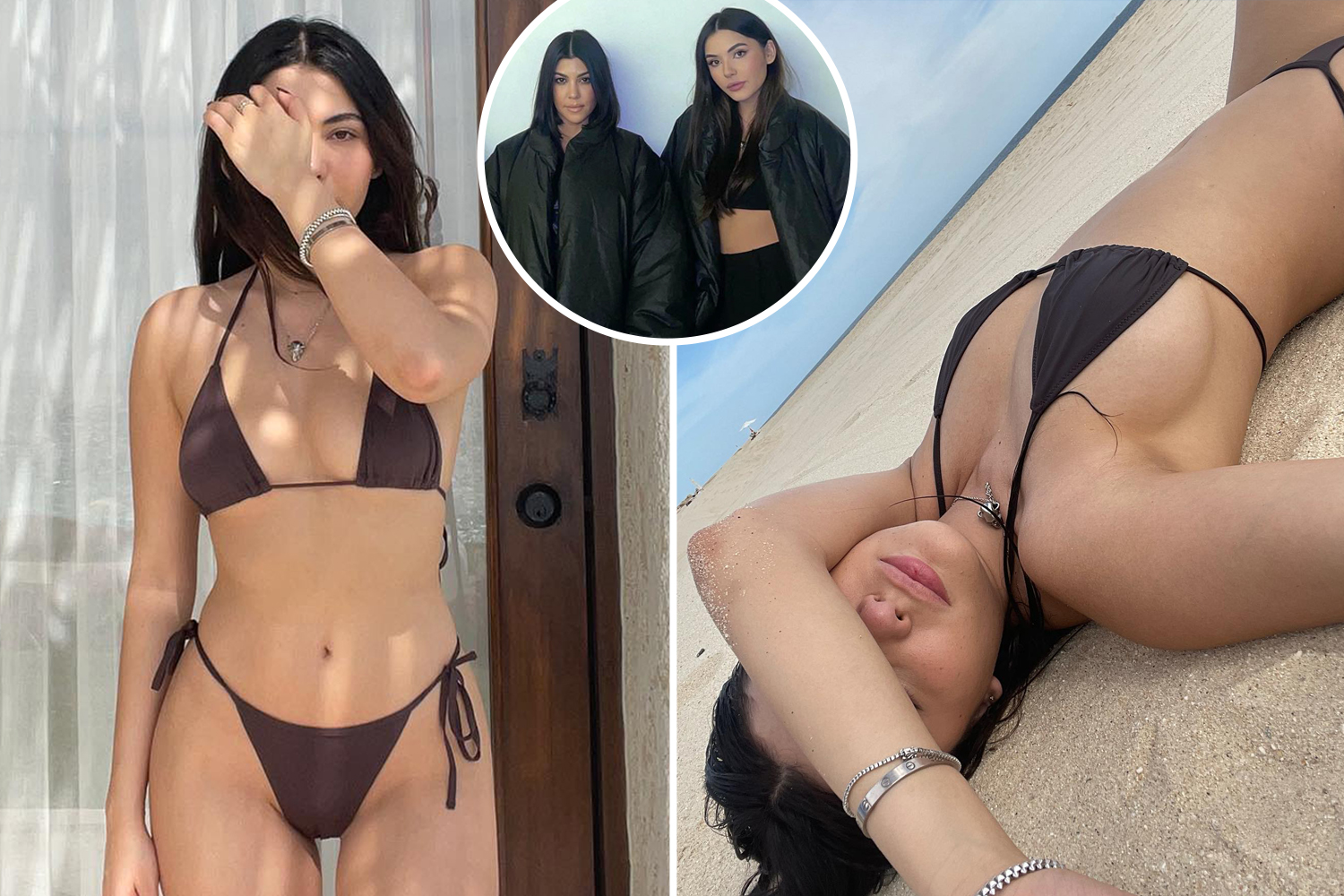 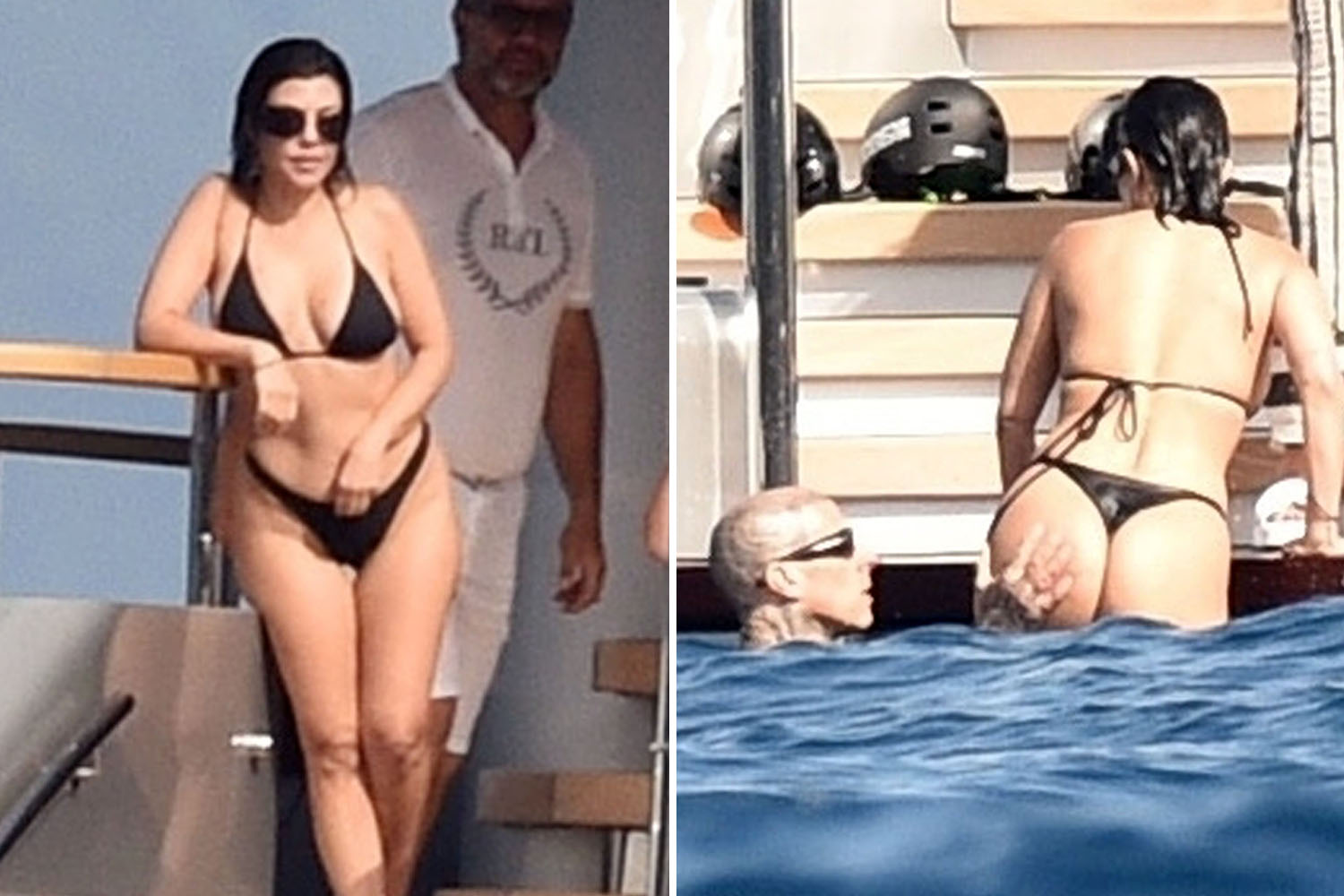 The children were all dressed in black and red.

Travis was seen strolling toward the restaurant with his daughter Alabama by his side.

Strictly CONFIRMS 2022 judging panel – and someone's NOT coming back

Landon wore an equally loud outfit, walking next to his sister in a shiny, gold, and black ensemble.

Kourtney's family was not far behind.

Sister Khloe Kardashian stepped out in a long leopard-print gown that hugged her curves. 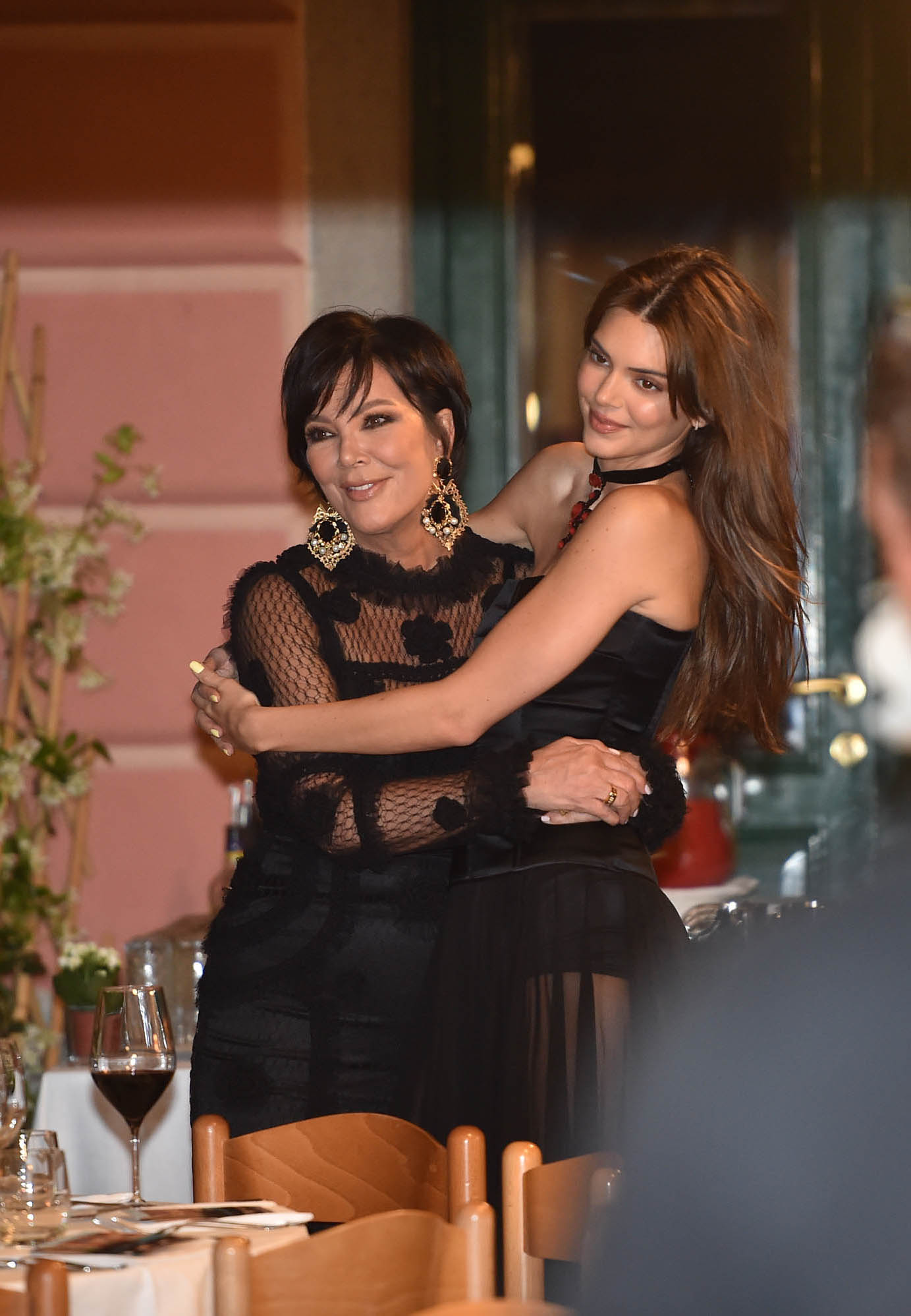 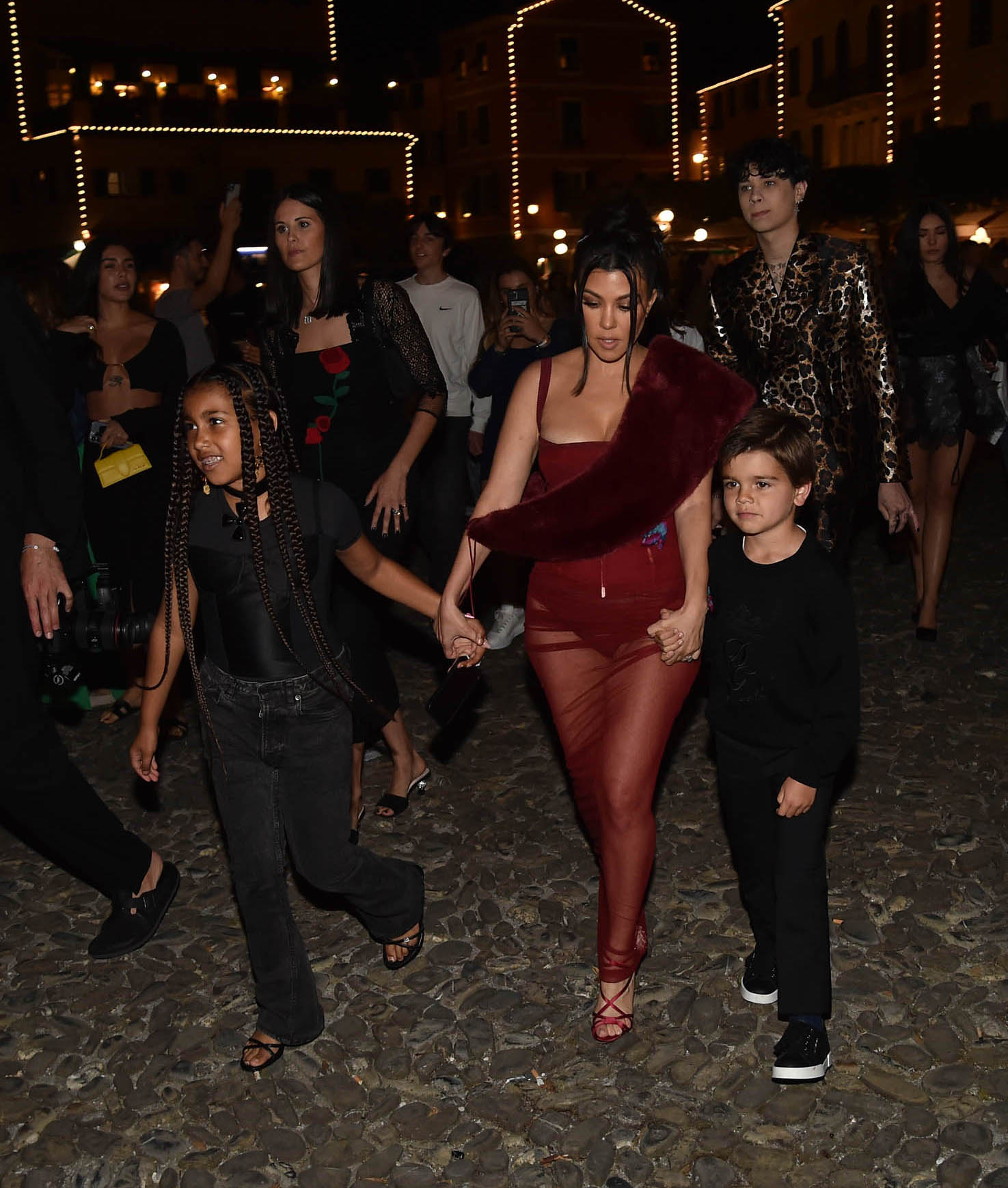 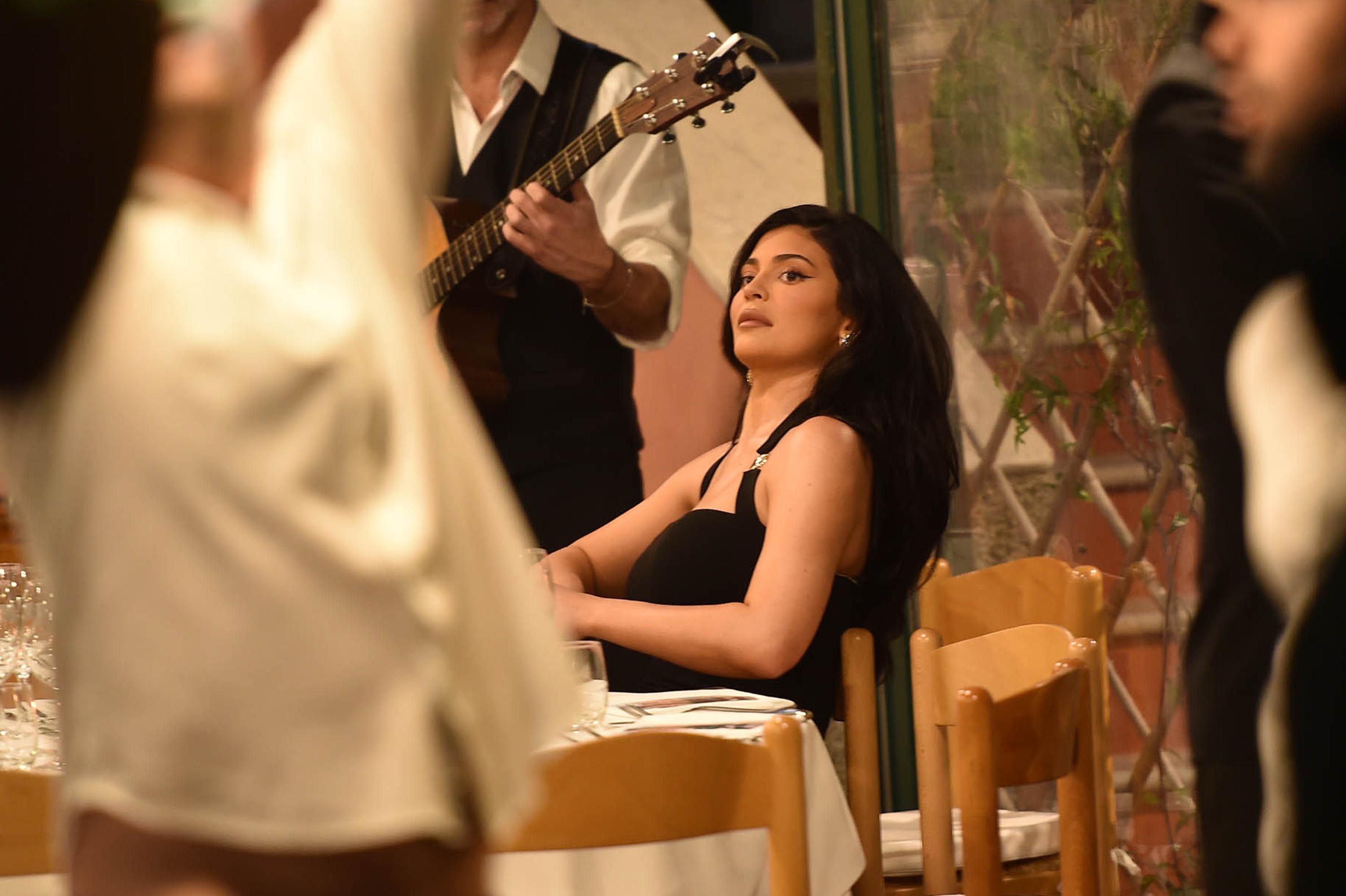 She wore her hair pulled back with a single piece hanging down in front of her face.

The Good American co-founder paired the look with a pair of strappy black heels.

Kendall Jenner made her way to the group meal in a black gown with a sheer skirt.

She was joined by her boyfriend Devin Booker, who held her hand as she struggled to keep her balance.

The model was accessorized with a large red cross pendant, which hung around her neck.

Kim kept it sexy, wearing a strappy slate-colored cropped top that exposed both her shoulders and her chest.

Her long bleached blond hair hung around her shoulders in a pin-straight style.

She paired the tiny top with a form-fitting pencil skirt that hugged her signature curves.

She was seen sitting at a table wearing a black outfit with her hair hanging loose down her back.

Boyfriend Travis Scott was also there.

Kris Jenner also wore black, though the top of her dress was entirely sheer.

She was seen hugging her daughter Kendall during the family dinner.

The Kardashian momager also wore a massive pair of earrings, which hung near her shoulders. 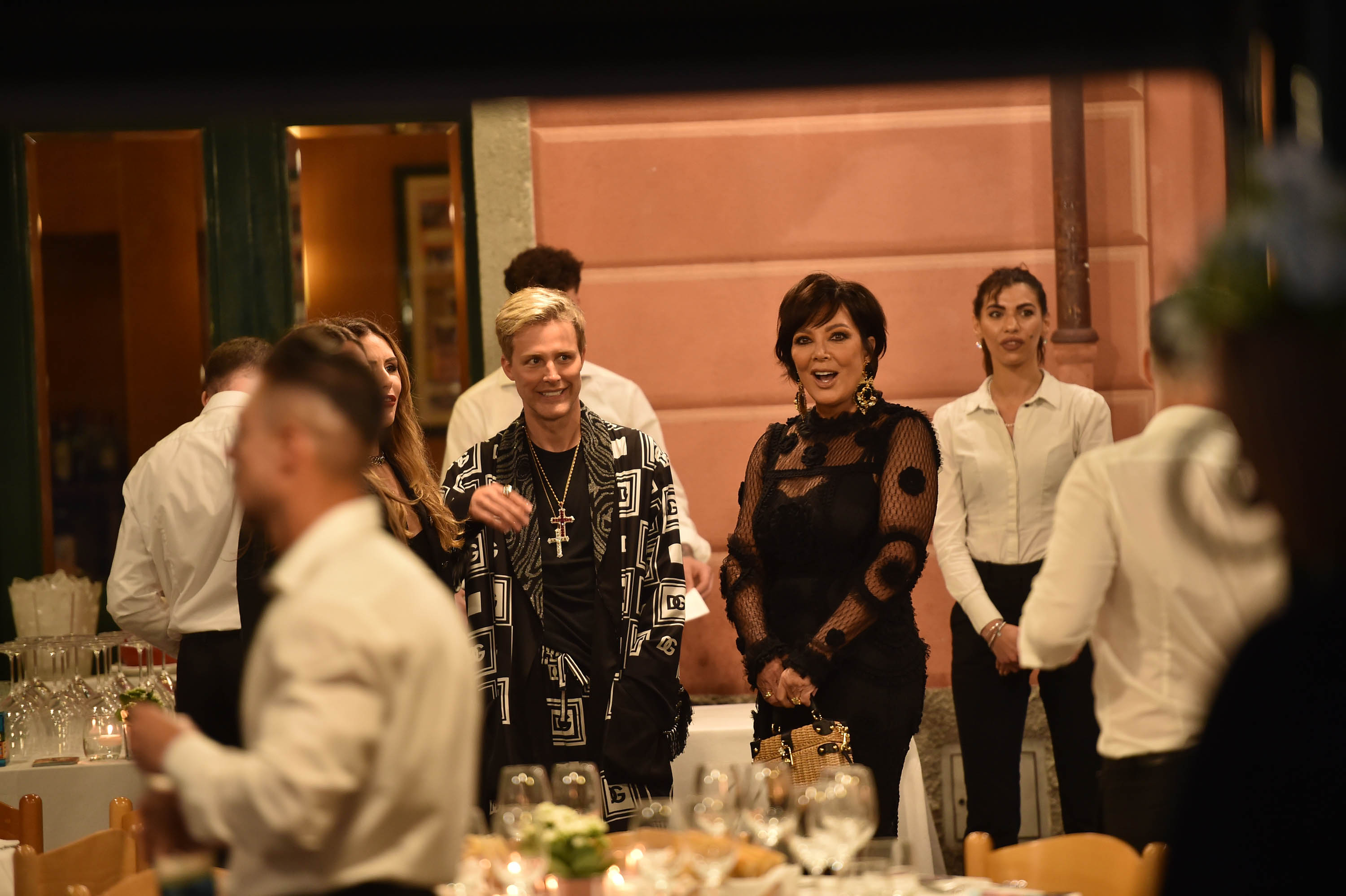 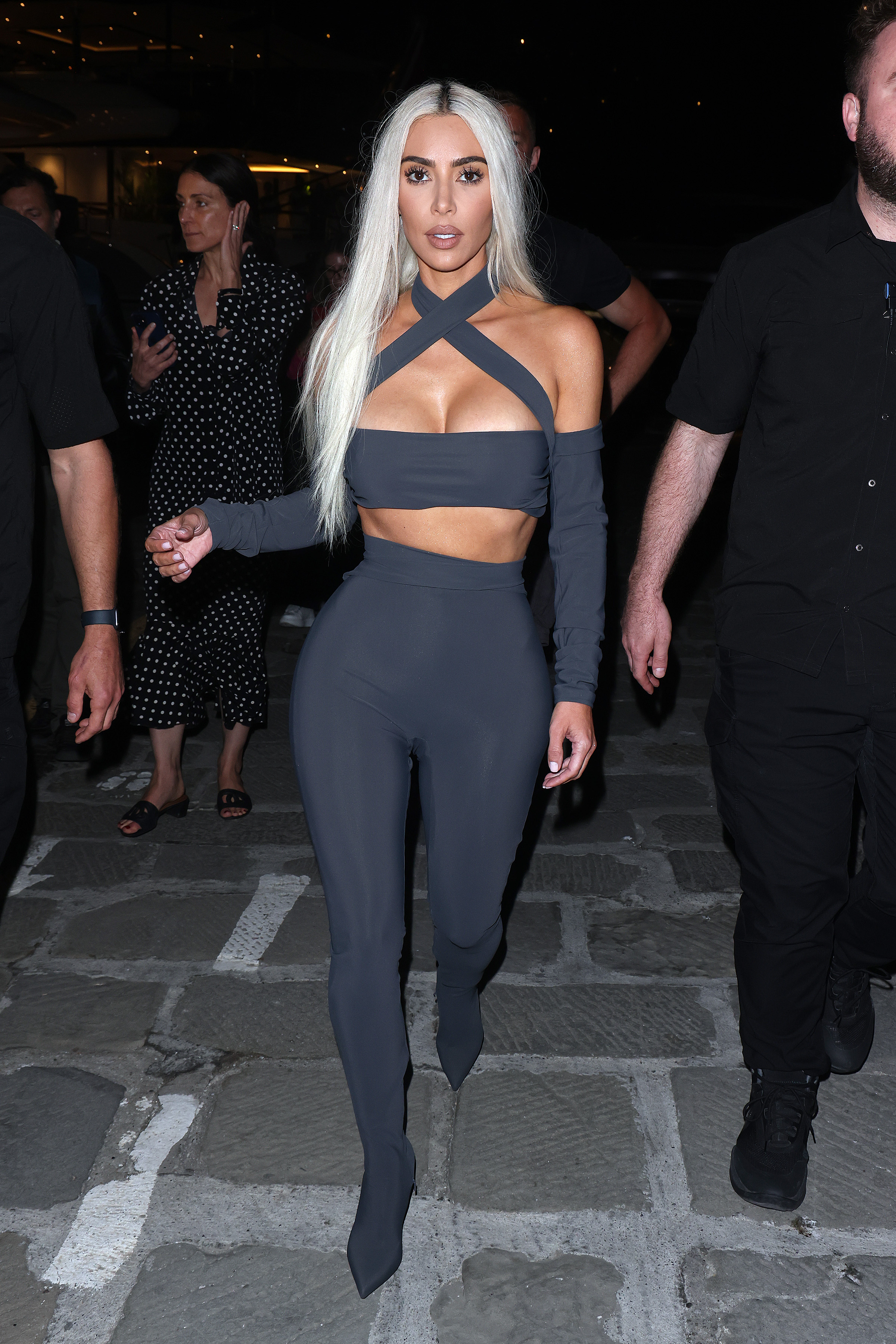 Earlier that same day, Kourtney was spotted soaking up the sun and a little alone time on a yacht with her now-husband.

The mom of three donned a tiny black bikini as she flaunted her impressive body alongside Travis, who went shirtless and rocked a pair of board shorts.

The pair both had sunglasses on and took in the weather as best as they could, including a little downtime for a massage.

The famous musician was seen showing his wife's feet some love as he massaged them while the star kicked back on a lounge chair.

While the two seemed to be having quite the romantic moment, they were not alone on the yacht.

All of their children from past relationships were also there.

Alabama, who is usually glammed up online, looked nearly unrecognizable as she went makeup-free for the boat ride.

It's not all good vibes for Kourtney and Travis as they've yet again been bashed for their PDA, especially in front of their kids.

They've even faced backlash from the ladies on The View as panelist Joy Behar asked: “When it comes to parents showing affection in front of the kids, how much is too much, really?”

Guest co-host Ana Navarro was quick to rip Kourtney and Travis, too, and said that, for sure, “this is too much!”

Kourtney and Travis have seemingly ignored the negative pushback, however, as they've continued to focus on their international celebration.

Following their official second wedding in Santa Barbara, and their "unofficial" Las Vegas Elvis elopement, some details have slipped about their third bash.

According to TMZ, the celebrity couple is renting out an entire castle called Castello Brown.

The whole property was reportedly bought out and has been swarming with planners, decorators, and security as they prepare for the four-day event.

While plenty of friends and family appear to be invited, there is one key member who seems won't be there.

According to multiple reports, Kourtney's ex Scott Disick, and the father of their three kids, were not invited to attend the affair.

"He's not necessarily in a place where he wants to watch her get married," a source told Entertainment Tonight.

"He just isn't there emotionally yet. Kourtney wouldn't want him there if he’s going to be weird about it." 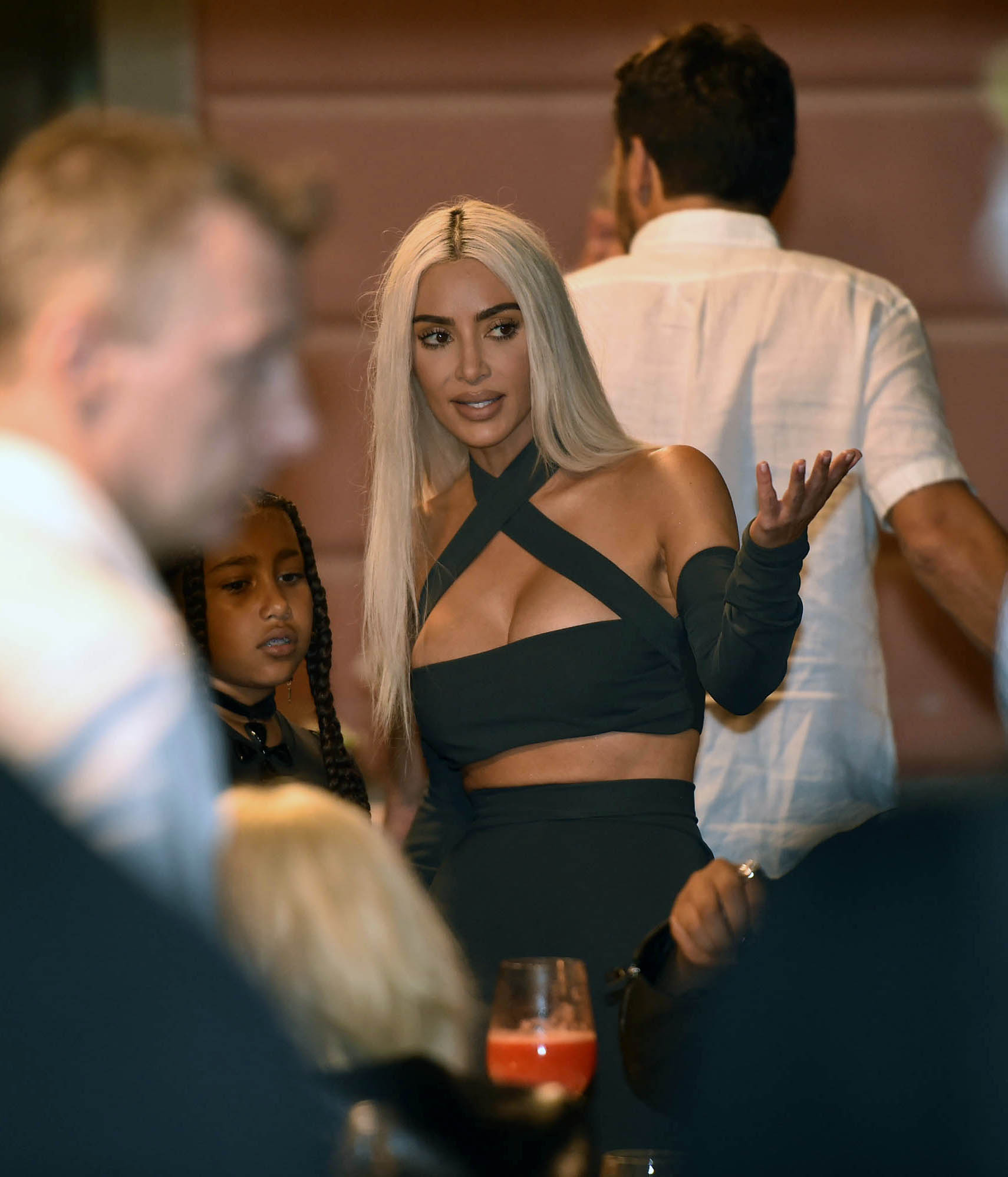 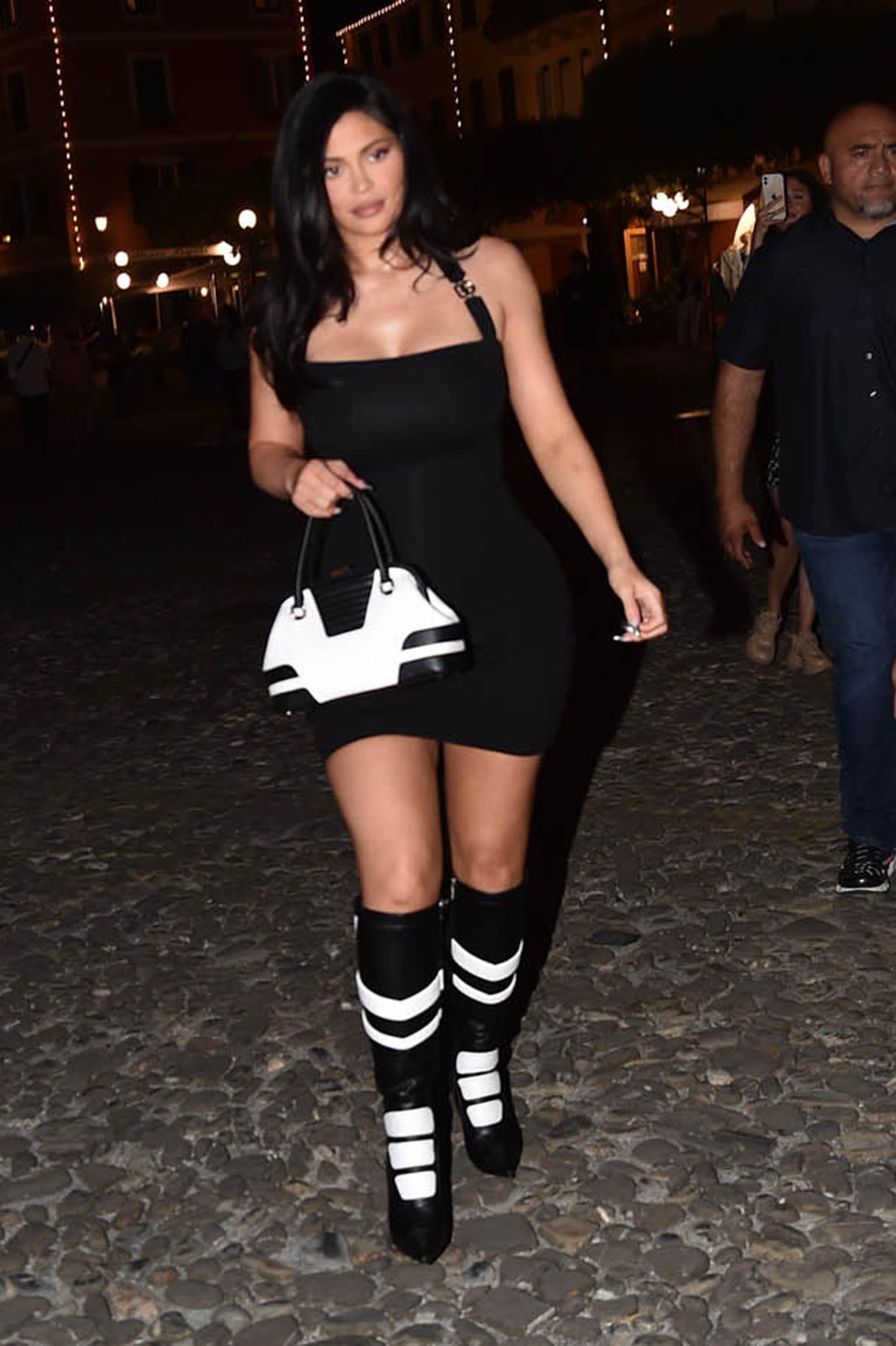 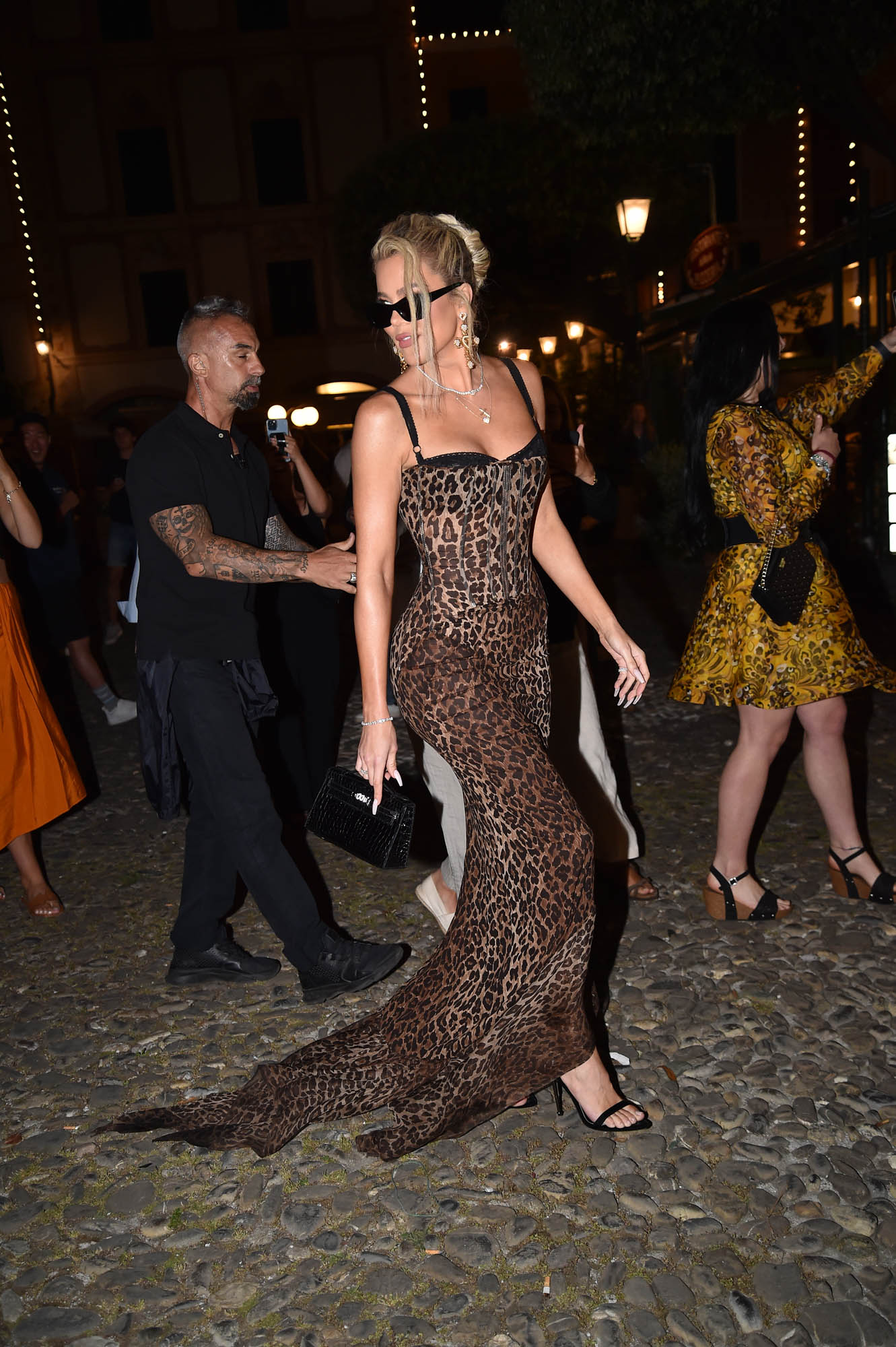