KYLIE Jenner thanked fans as she celebrated her 22nd birthday with a boozy party on her £1million-a-week- super yacht last night.

The filthy rich star, who stripped naked to promote her birthday make-up line yesterday, downed shots and partied into the early hours with boyfriend Travis Scott and close friends and family. 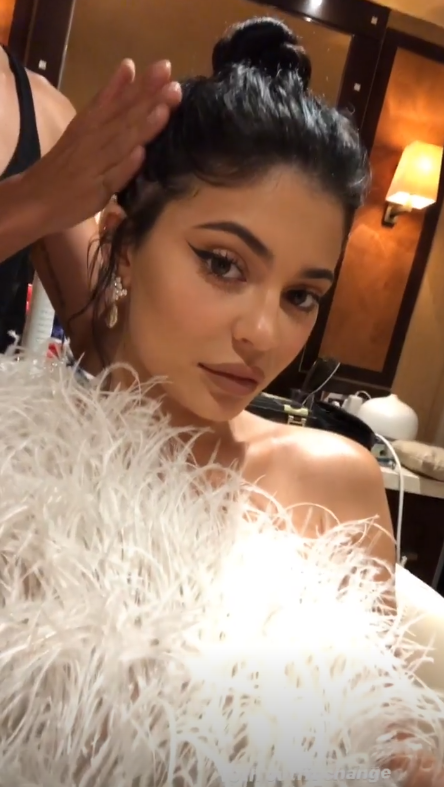 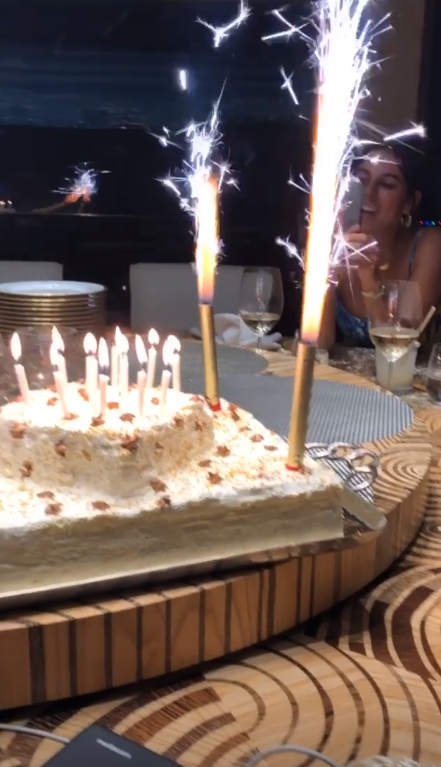 Kylie can be heard in videos on her Instagram shouting: "Seven shots for everyone!" after running through the corridors of the Tranquillity.

The Keeping Up With The Kardashians star films her mum, 32, posing by huge garland of flowers in a '22' and Scott Disick makes an entrance dressed in a pink blazer.

The group have a whale of time on the ship's hull where a bar is set up and Kylie wears the white dress with a huge feather train that was spotted being loaded onto her private jet as she made her way to Italy last week. 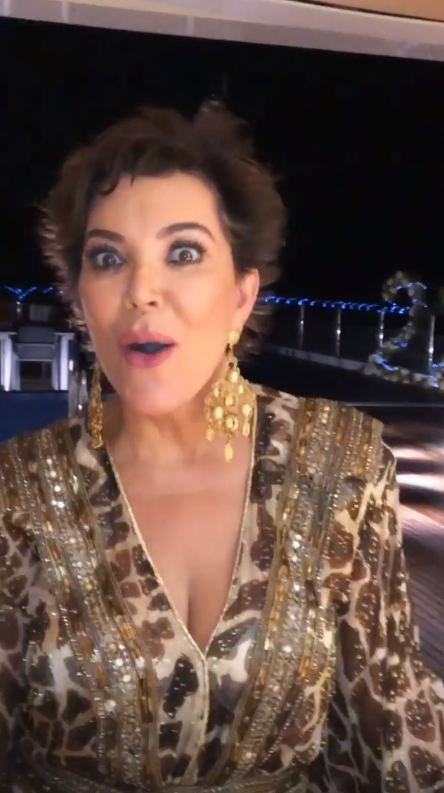 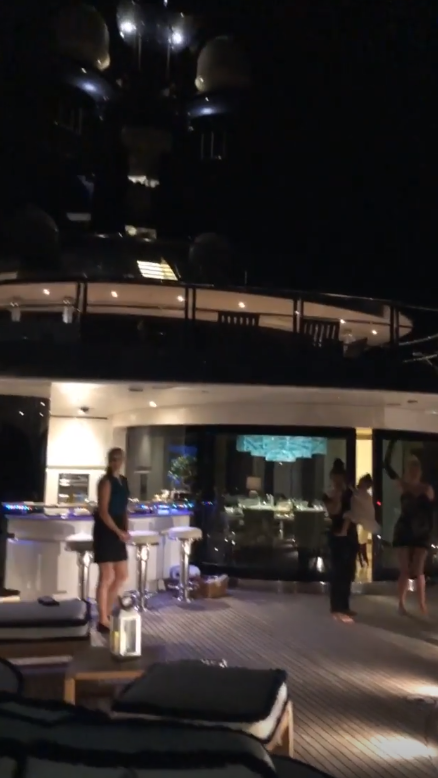 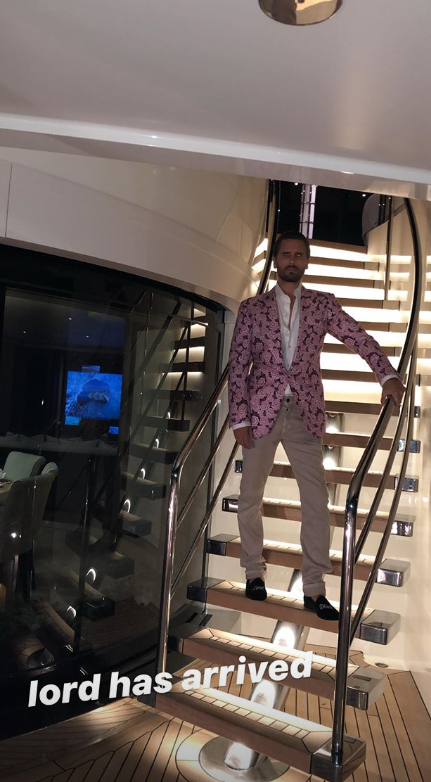 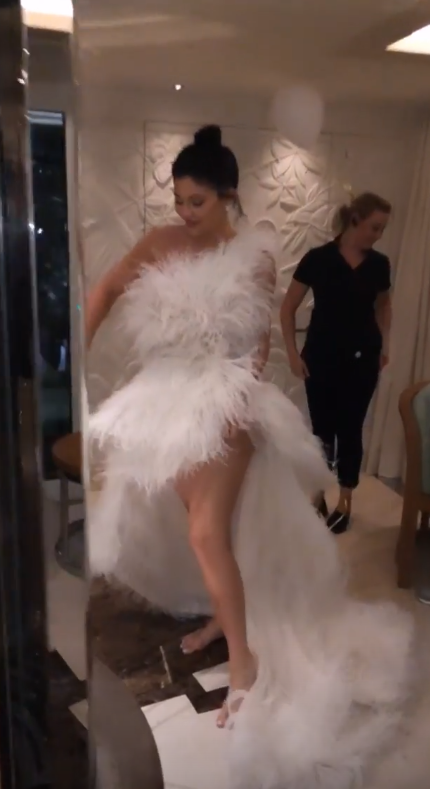 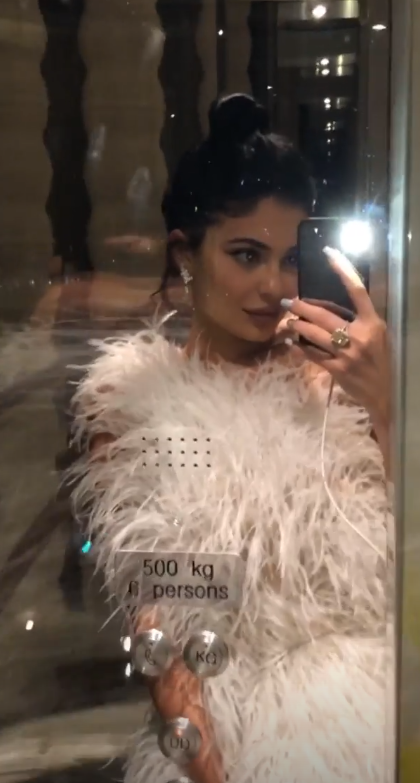 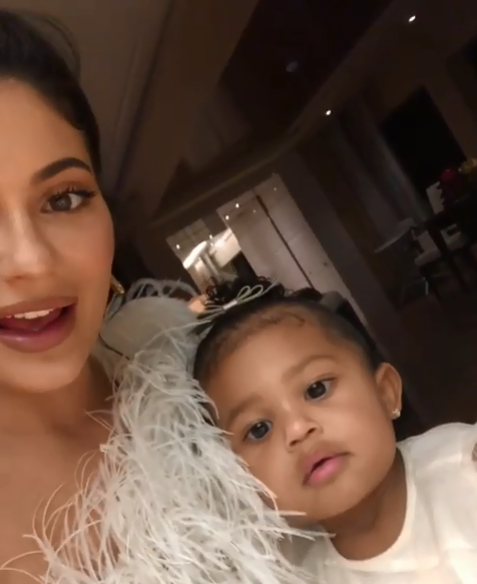 Kylie had purposefully coincided the launch of her new money-themed make-up collection with her birthday, and posed nude to promote the new products.

In the saucy snap, which she shared to her Instagram Story, the brunette beauty has ditched the clothes in favour of multiple silver dollar signs that decorate her toned body.

She is wearing a pair of green platform heels and sunglasses, with her hair tied up into a ponytail.

Kylie is crouching on the floor in the photo, preserving her modesty with a hand across her chest. 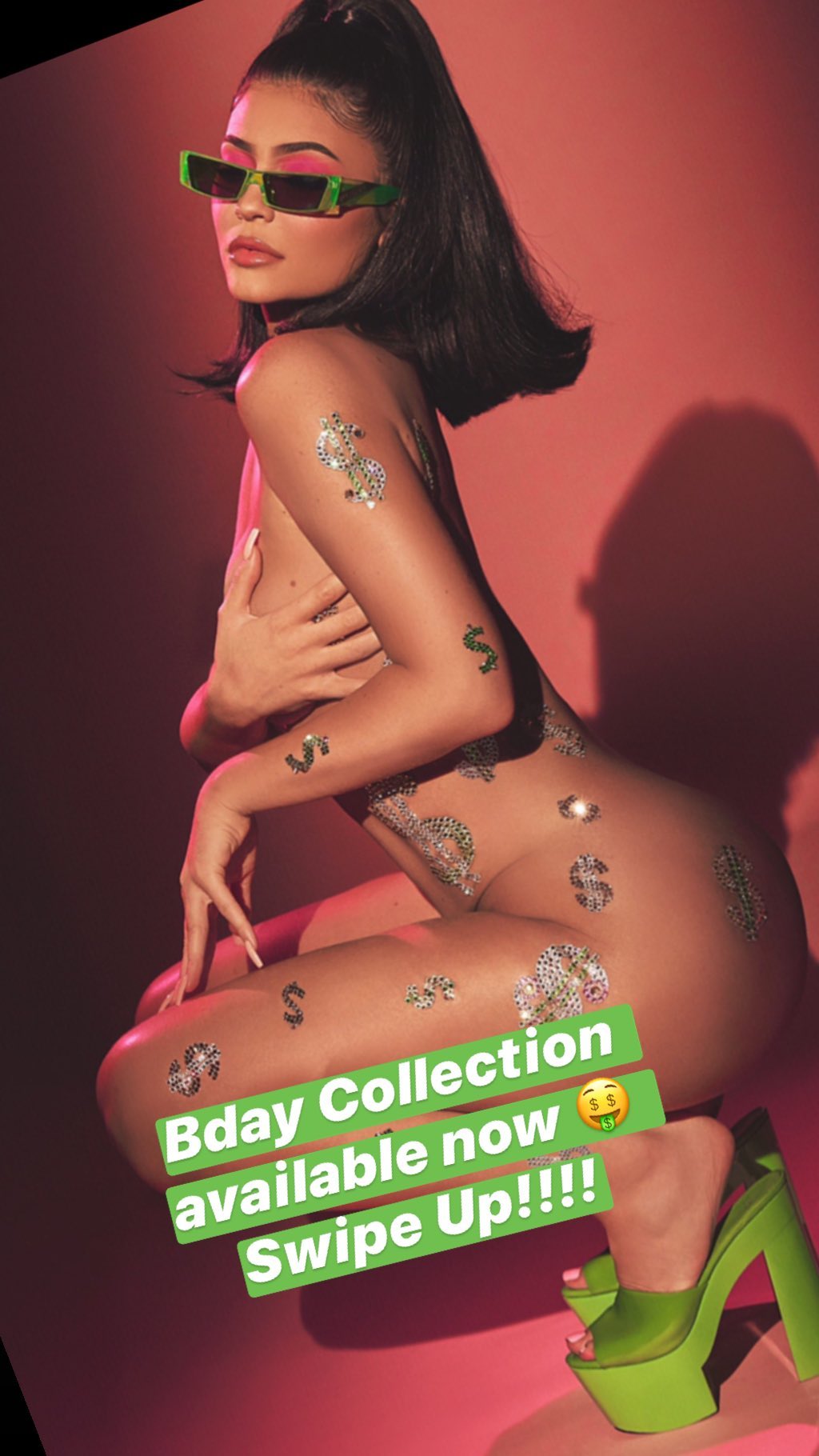 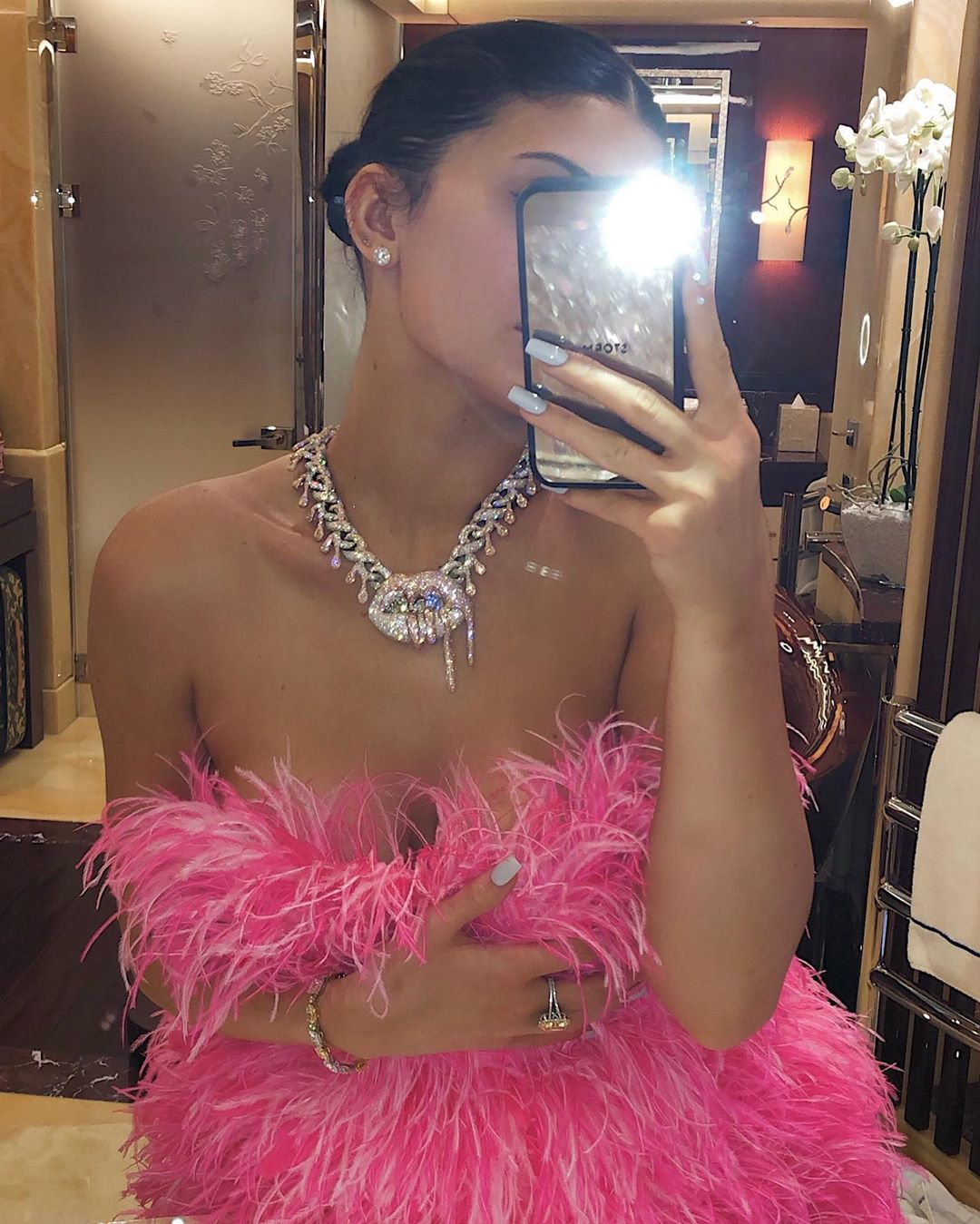 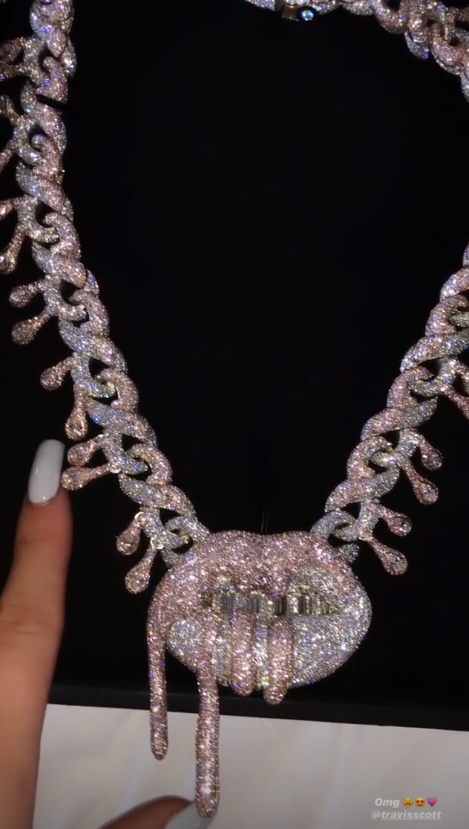 She simply captioned the image: "Bday collection available now" alongside the money emoji, urging fans to swipe up to shop her new range.

Earlier in the day, Kylie had shown off an extravagant diamond necklace, which rapper Travis had bought her.

She shared a photo of the glittering lip jewellery on her Story, writing: "OMG" and tagging Travis in the post.

She then posted an image of herself wearing the diamonds, dressed in an eccentric fluffy pink dress – and her hair tied into an elegant updo. 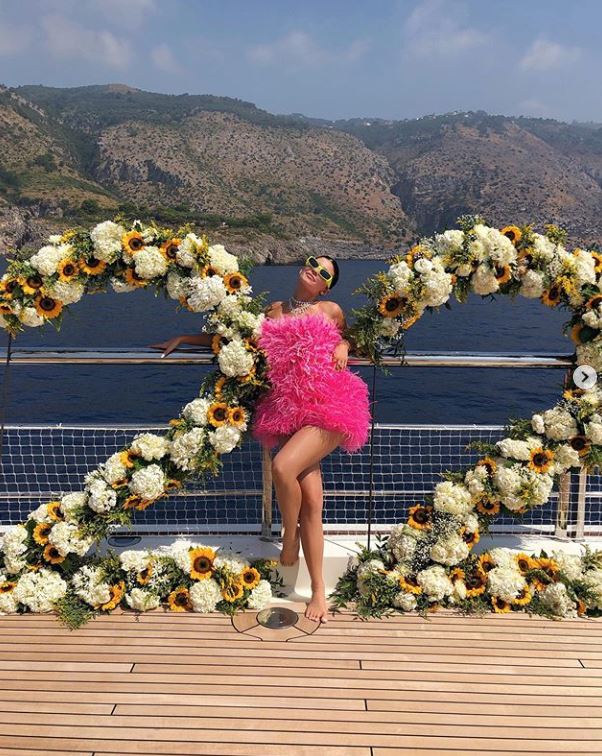 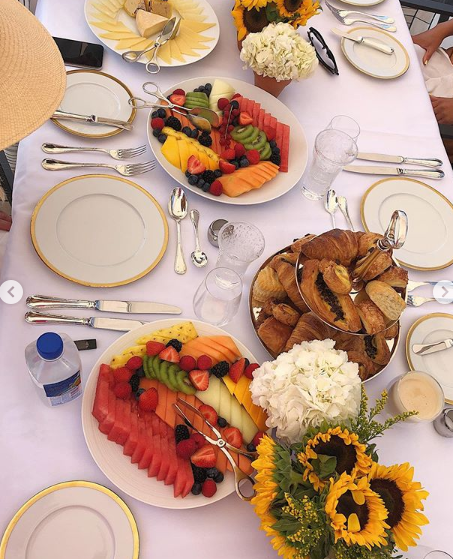 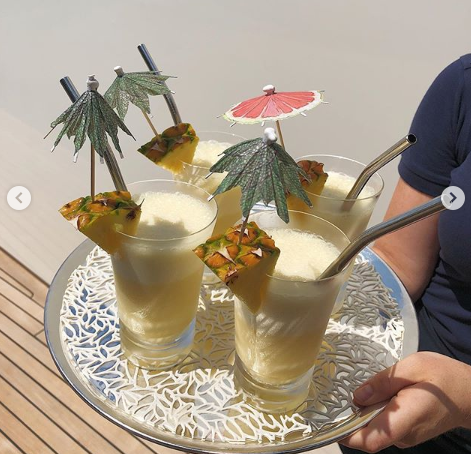 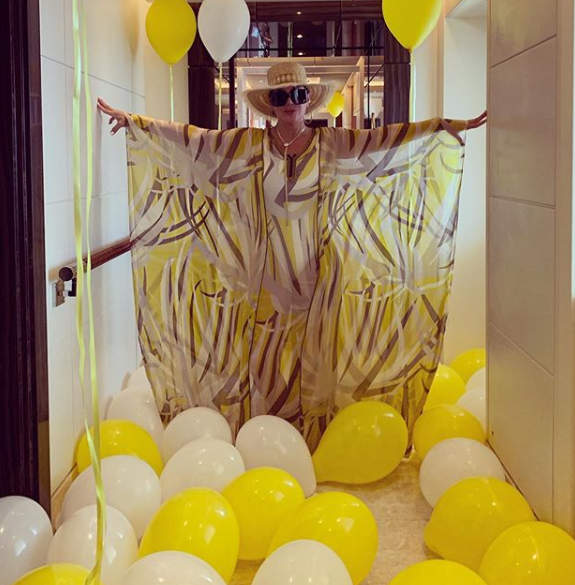 In the montage of pictures, Kylie can also be seen posing inbetween a flowery '22', her breakfast of fruit and pastries is also on display, alongside pineapple smoothies, and a hallway full of yellow and white balloons.

Her momager Kris posed amid the balloons on her own social media page, looking sensational in a patterned kaftan, sunhat and glasses, captioning the post: "Morning Sunshine! #HappyBirthdayKylie #love".

The Sun Online previously detailed how Kylie will spend her birthday weekend on board a £104million superyacht with her nearest and dearest. 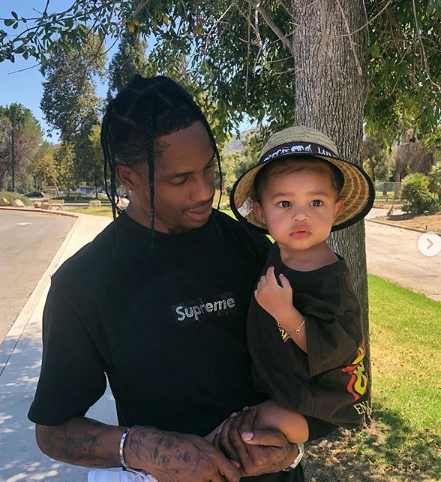 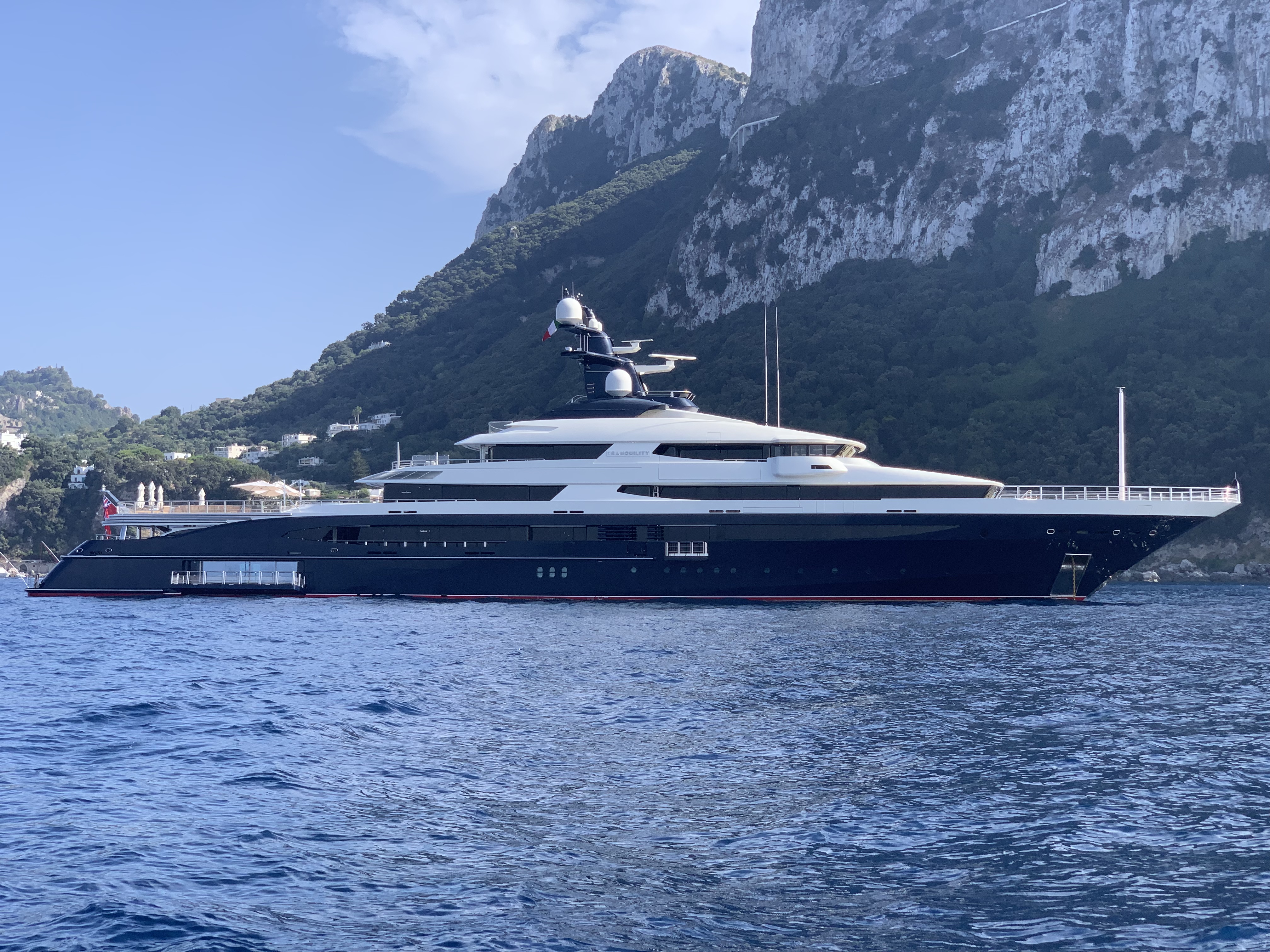 She has been joined by her best friend Stassi, Kris, Kris' partner Corey Gamble, and Travis and their one-year-old daughter Stormi.

Sister Kourtney Kardashian's ex Scott Disick and his girlfriend Sofia Richie were also invited to enjoy the perks of the 300.20ft custom expedition.