Is 9-1-1‘s Buck still a baddish boy? Has Riverdale bomb bonded “Barchie”? Is Chicago Fire‘s Sylvie a goner? Read on for answers to those questions plus teases from other shows. (Email any brand-new Qs to [email protected].)

‘Missing’ Shows, Found! The Latest on Westworld, Blood & Treasure, Jack Ryan and 30 Others

Is there anything to tease about Buck’s storyline in the second half of 9-1-1 Season 5? –Jamie Lee
Remember when Buck used to be the firehouse’s resident wild card, constantly full of surprises? Having seen 9-1-1’s spring premiere, we can confirm that the 118’s reformed bad boy still has a few tricks up his sleeve. We’re not guaranteeing that you’re going to like what he does, but you’ll definitely be entertained.

What should we expect from Riverdale‘s Archie and Betty when the show comes back? We know they survived the bomb, so will that experience bring them closer together? — Minnie
TVLine got an early look at Sunday’s midseason premiere, and we can confirm that the bomb planted by Hiram decimated Archie’s house, but it only brings him and Betty closer together… in very unexpected ways. (Emphasis on “very.”) Plus, Veronica makes a big decision that may come back to haunt her, Cheryl makes a big transformation and Toni and Fangs make a big announcement. 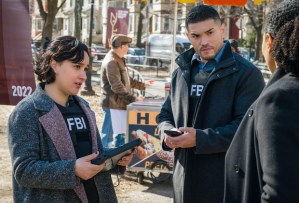 Loving FBI: Most Wanted‘s Hana and Ortiz as roomies. Anything ahead for them? –Steph
“We know where that’s going…,” executive producer David Hudgins teased when we delivered your Q. “We love them as roomies as well, and [what’s next for them] is definitely something that is being discussed in the writer’s room.”

Any news on when Netflix will air the final Manifest season? –Marie
Due to be delivered in multiple parts (of a quantity and frequency TBD!), the supernatural drama’s farewell flight is on track to take off “late this year.”

Any new information on the NCIS and NCIS: Hawaiʻi crossover (airing March 28)? –TTE
Though NCIS‘ Torres and Knight will both make the trek to Hawai’i, it turns that one of the agents wasn’t initially invited. Torres gets a call from Jane Tennant (played by Vanessa Lachey) to come to Hawai’i when she gets a lead on a case they once worked on together, so he hops a plane to the Aloha State — alone. “But of course, Nick being Nick, we know he likes to get into a bit of trouble..,” Katrina Law told me in an upcoming video Q&A you won’t want to miss, “so Parker sends Jess over to make sure the case files get there — and also to make sure Nick doesn’t get shot!” 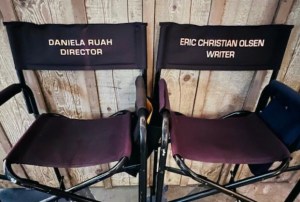 Any info on Daniela Ruah and Eric Christian Olsen’s episode of NCIS: LA? –McKenzie
The episode that Ruah directed and ECO wrote, which is penciled in for a May airing, finds the NCIS team working with DEA Agent Talia Del Campo (returning guest star Mercedes Mason) to track down a missing whistleblower who was going to testify for the Mexican government against gun manufacturers that were targeting cartel members.

Any word on when Season 3 of Discovery of Witches will be on AMC? –Sheryl
I hear there are no plans, at this time, for a linear cable run.

Any early buzz on Season 2 of The Wheel of Time? –Jeff
Be careful what you ask for! Because although Loial apparently was not slain at Padan Fain’s hand, characters would be wise not to buy any green bananas (or whatever the produce of choice is in that realm. “More characters will die in the show than in the books,” showrunner Rafe Judkins told TVLine, “because we cannot carry a cast of 2,000 actors for seven seasons!”

Any scoop on whether Poppy Drayton will be back for Season 4 of Charmed? –Angel
The Charmed Ones are being sent down many different paths in Season 4, but it doesn’t look like any of them lead back to Poppy Drayton’s Abigael. The character’s storyline was deliberately wrapped in Season 3, and there are currently no plans for her to return. As co-showrunner Joey Falco told a fan on Twitter, “A lot of shows will never admit this, but sometimes actors just want to move on with their lives, so you make story choices to help them do that, rather than stand in their way.” 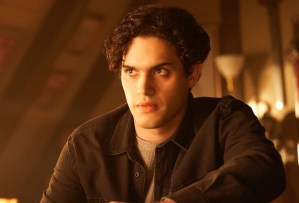 Will Legacies‘ Landon be coming back from Limbo this season? –Mark
The answer, straight from showrunner Brett Matthews, is… “Yes and no.”

I have been trying to find out from the History Channel if there is going to be a Season 3 of The Secret of Skinwalker Ranch. They have been very non-committal. Can you shed any light? –Judy Rose
I am hearing that a new season is coming “soon.” Also, I now know there is a TV show called The Secret of Skinwalker Ranch! (Star Wars spinoff, I presume…?)

Anything on The Walking Dead? —Jim
Not only does Sunday’s “Warlords” (9/8c on AMC) feature a guest-star turn by Michael Biehn of The Terminator and Aliens fame, it introduces a new heavy whose viciousness is matched only by their efficiency — and who may ultimately make Lance look like Mr. Nice Guy by comparison. 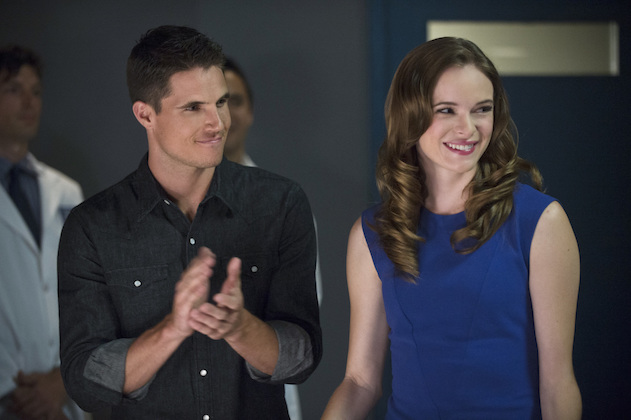 At the beginning of The Flash Season 8, Caitlin told Barry that she was open to starting dating again, then we got the news that Robbie Amell will reprise his role as Ronnie in two episodes. What is known about all this? –ClariceLight is about to be shed on Caitlin’s evolving love life, though it’s unclear if dearly departed Ronnie will somehow enter back into it. Speaking with TVLine recently, Upload star Amell said, “It was really nice to be back [on The Flash]. Most of my stuff is with Danielle [Panabaker], and it was great to see her. We both have kids now, so it was really great to just catch up. And obviously, I have some stuff with Grant [Gustin]…. It was really great to get to go back and kind of do something fun, which you’ll see.”

Anything you can share about Ripley? Pretty please? –DG
The Showtime drama based on Patricia Highsmith’s quintet of Tom Ripley novels, starring Dakota Fanning (The Alienist) and Andrew Scott (Fleabag), is on track for a 2023 premiere. 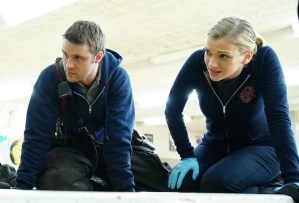 Chicago Fire’s Brett (played by Kara Killmer) will come back from her visit with Casey, right..? –Meg
Rest assured, Sylvie is not gone for good, and will be back.

Any info on what can we expect from Season 5 of Dynasty? –Edin
How about some good news for Fallon and Liam? Last season was pretty rough for the couple — what with her cheating on him before getting shot and all — but it looks to be smooth sailing ahead for “Falliam” in Season 5. In fact, this Friday’s episode (The CW, 9/8c) finds Fallon making a major decision about their relationship. And fans will approve.

Do you want scoop on a favorite show? Email [email protected]! Questions left in Comments will not be read and may very well count against your final score. (With additional reporting by Andy Swift, Dave Nemetz, Charlie Mason, Keisha Hatchett and Jon Negroni)