THEY starred in some of our favourite TV shows – but sometimes the real drama happened away from the cameras.

These actors and presenters prove that on screen chemistry doesn’t necessarily translate into happy working relationships. 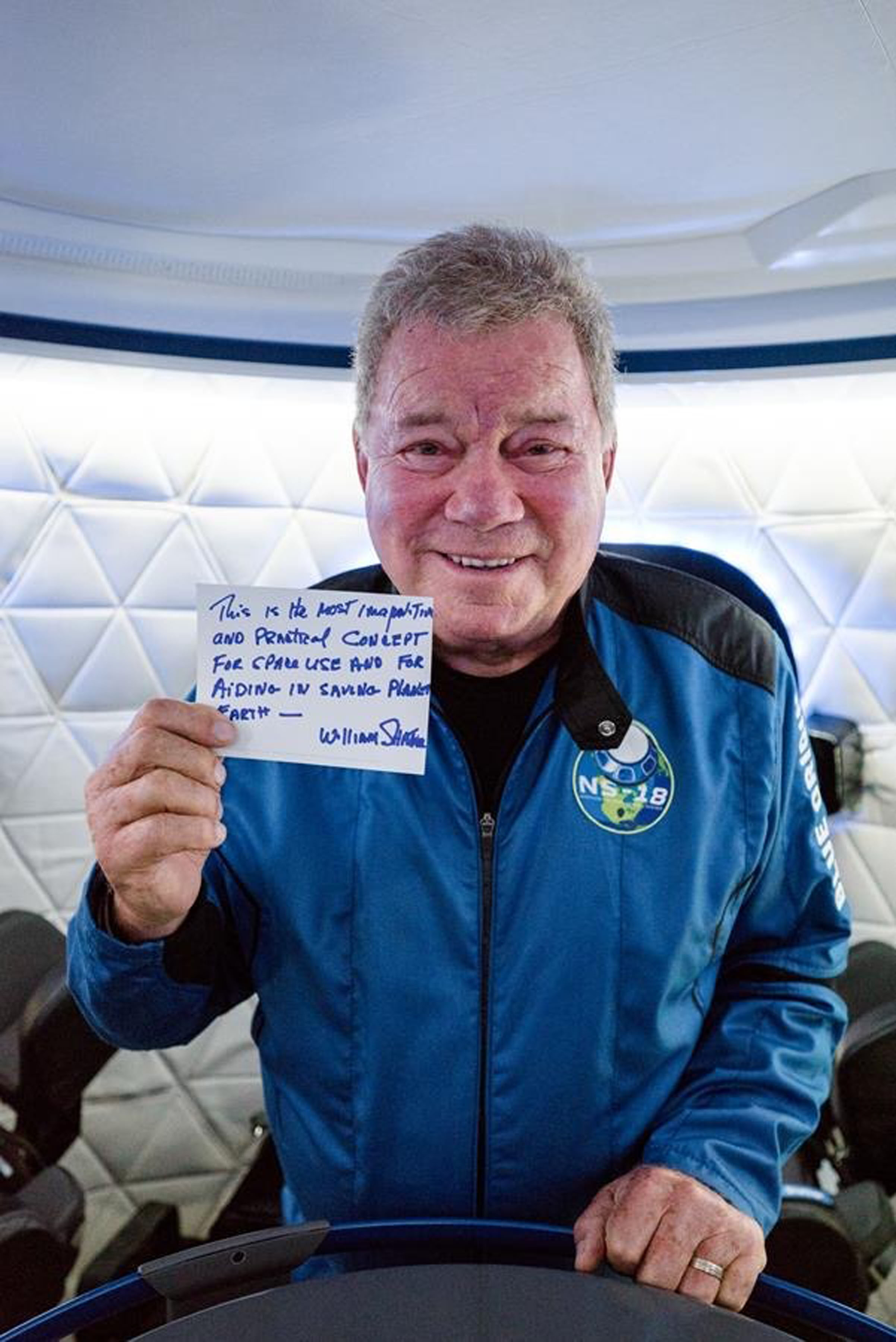 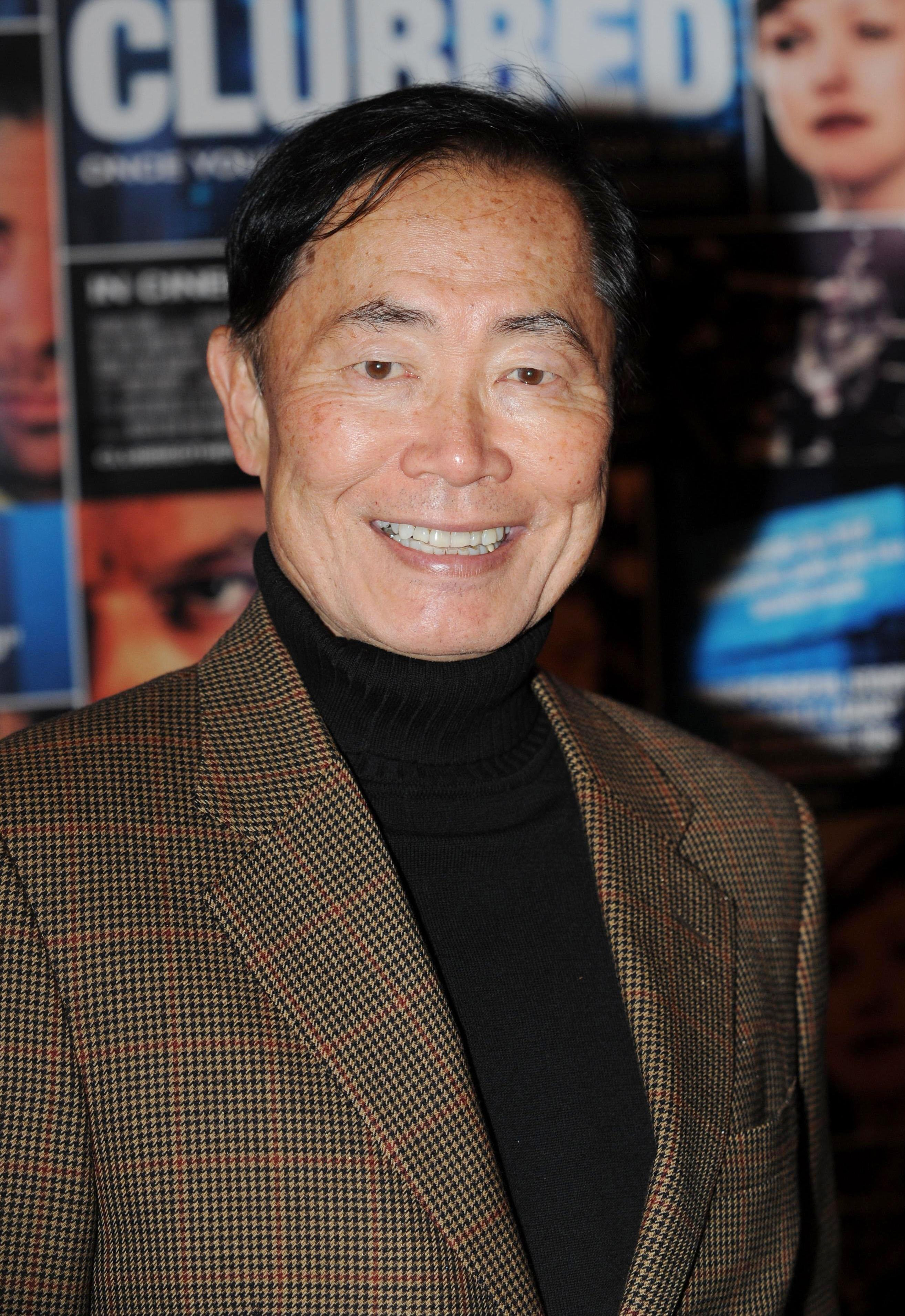 This week George Takei reignited his long-running feud with fellow Star Trek actor William Shatner for taking a historic space journey at the age of 90.

Asked about his thoughts on Shatner's trip on Wednesday, Takei couldn’t resist a sly dig at his old co-star’s expense.

"He's boldly going where other people have gone before,” he joked, aping his old colleague’s famous phrase.

The pair have argued publicly for years, with Takei once accusing Shatner of ignoring him on set and alleging he changed scripts to diminish his character’s role.

But they’re far from the only duo to butt heads on set.

From stand up rows to simmering tension, here we reveal TV’s biggest and most toxic feuds.

The actors – who played Mulder and Scully in cult smash The X-Files – reportedly fought relentlessly on set.

David, 61, admitted that after working so closely together on the 90s show the pair “couldn’t stand the sight of each other”.

He said: “Familiarity breeds contempt. It’s nothing to do with the other person.

“All that fades away and you’re just left with the appreciation and love for the people you’ve worked with for so long. We used to argue about nothing.”

And Gillian, 53, admitted there were “definitely periods when we hated each other”.

She added: “It was intense, and we were both pains in the a*** for the other at various times," before refusing to "get into it" further. 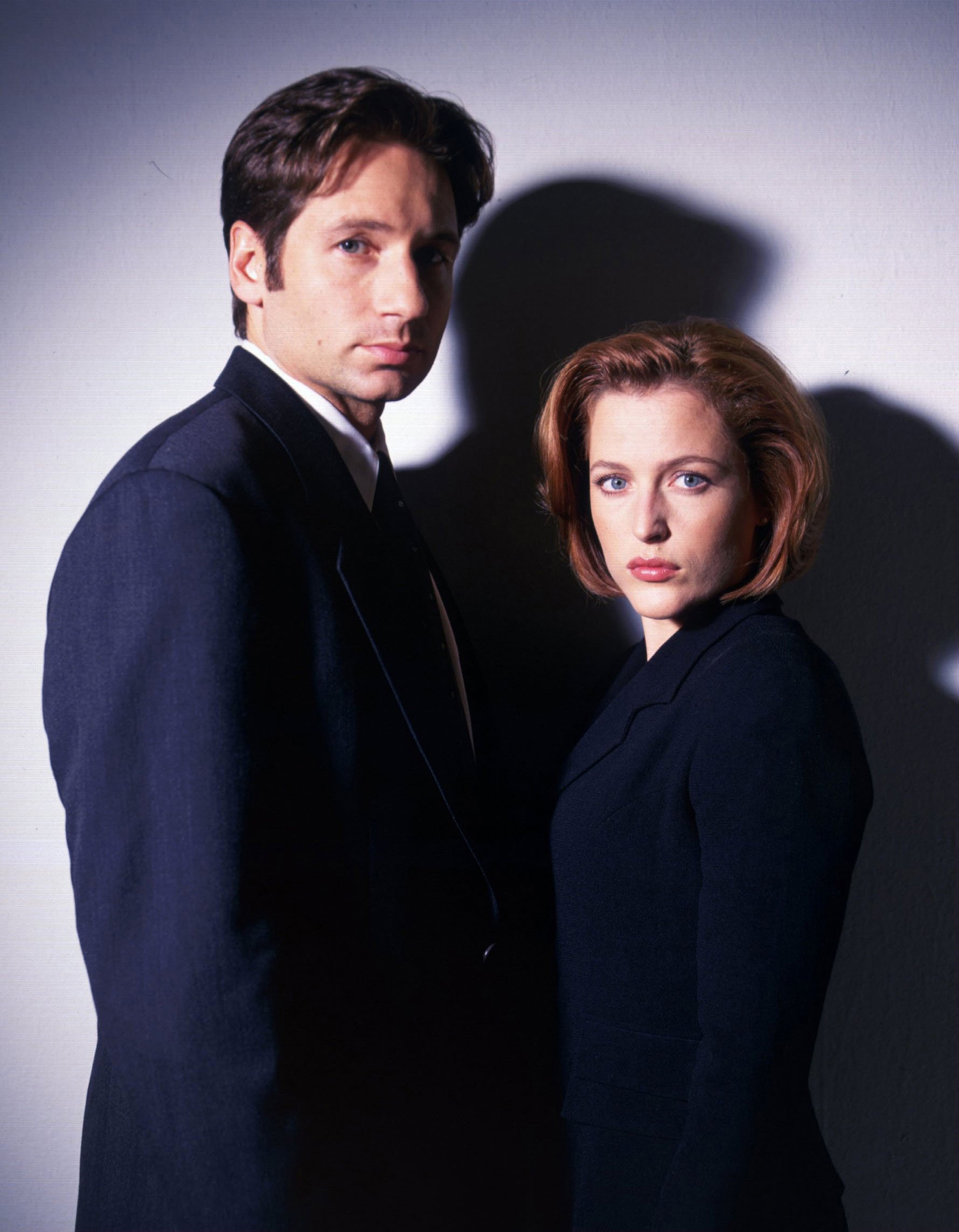 The pair are said to have had a frosty relationship after Schofe allegedly blocked Amanda from replacing Holly Willoughby on This Morning while she filmed I’m A Celeb.

A source told The Sun that the choice to ditch Amanda, 50, had been “heavily influenced by Phil”.

Rochelle Humes got the gig instead – but Phillip denied the allegations.

The following summer Amanda claimed the 59-year-old presenter snubbed her attempt to patch things up with an "olive branch coffee" last year. 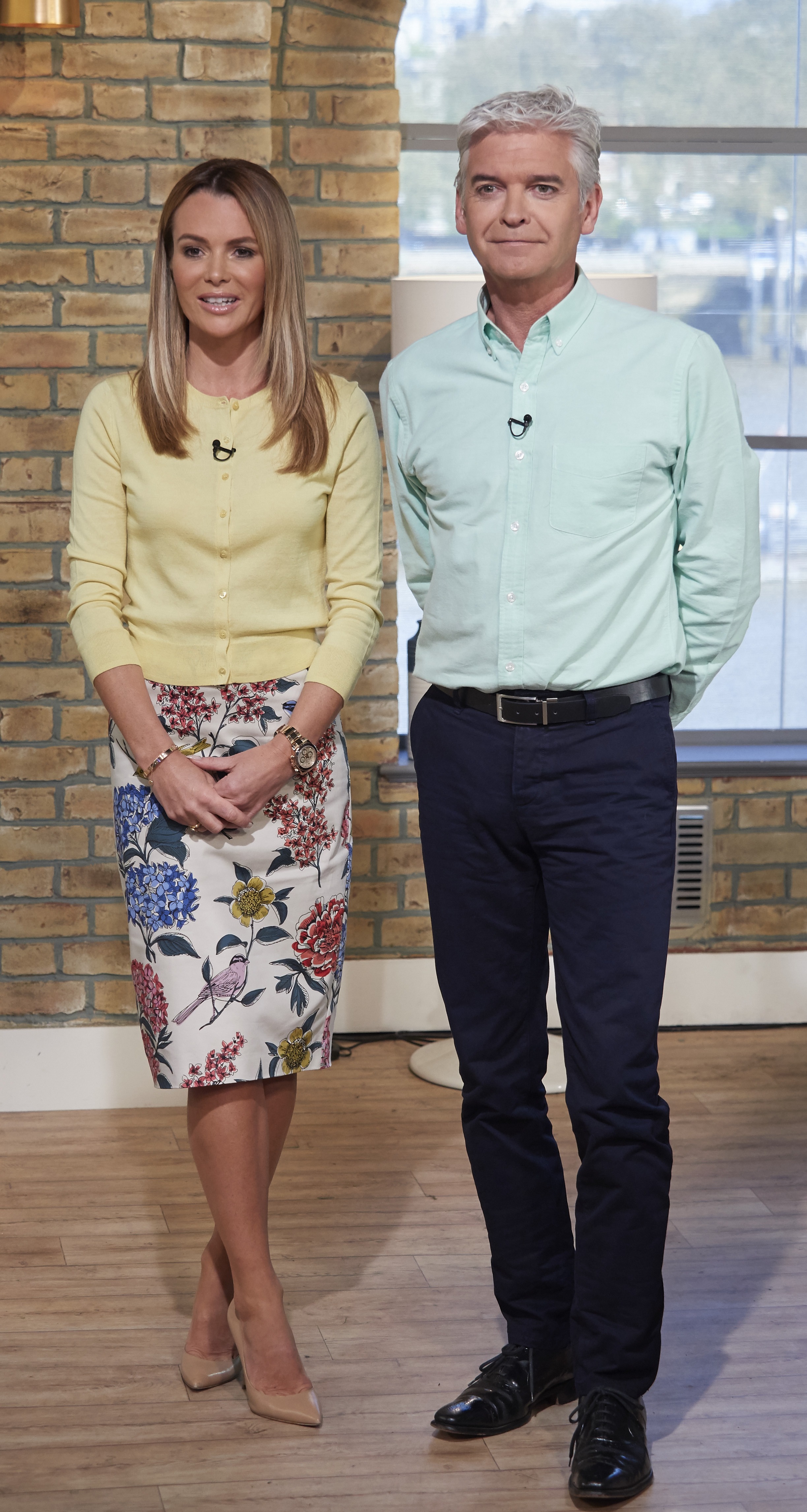 In January 2019, Gemma Collins revealed that someone was selling stories about her “diva” behaviour on ITV’s Dancing On Ice.

She later accused the show’s judge, Jason Gardiner, who told The Sun that the reality TV star is “lazy” and “mediocre”.

He also compared her to a refrigerator, to which Gemma retaliated by screaming “you’re boring”.

After Gemma accused him of being a bully, the 47-year-old announced that he was leaving after 13 years on the show. 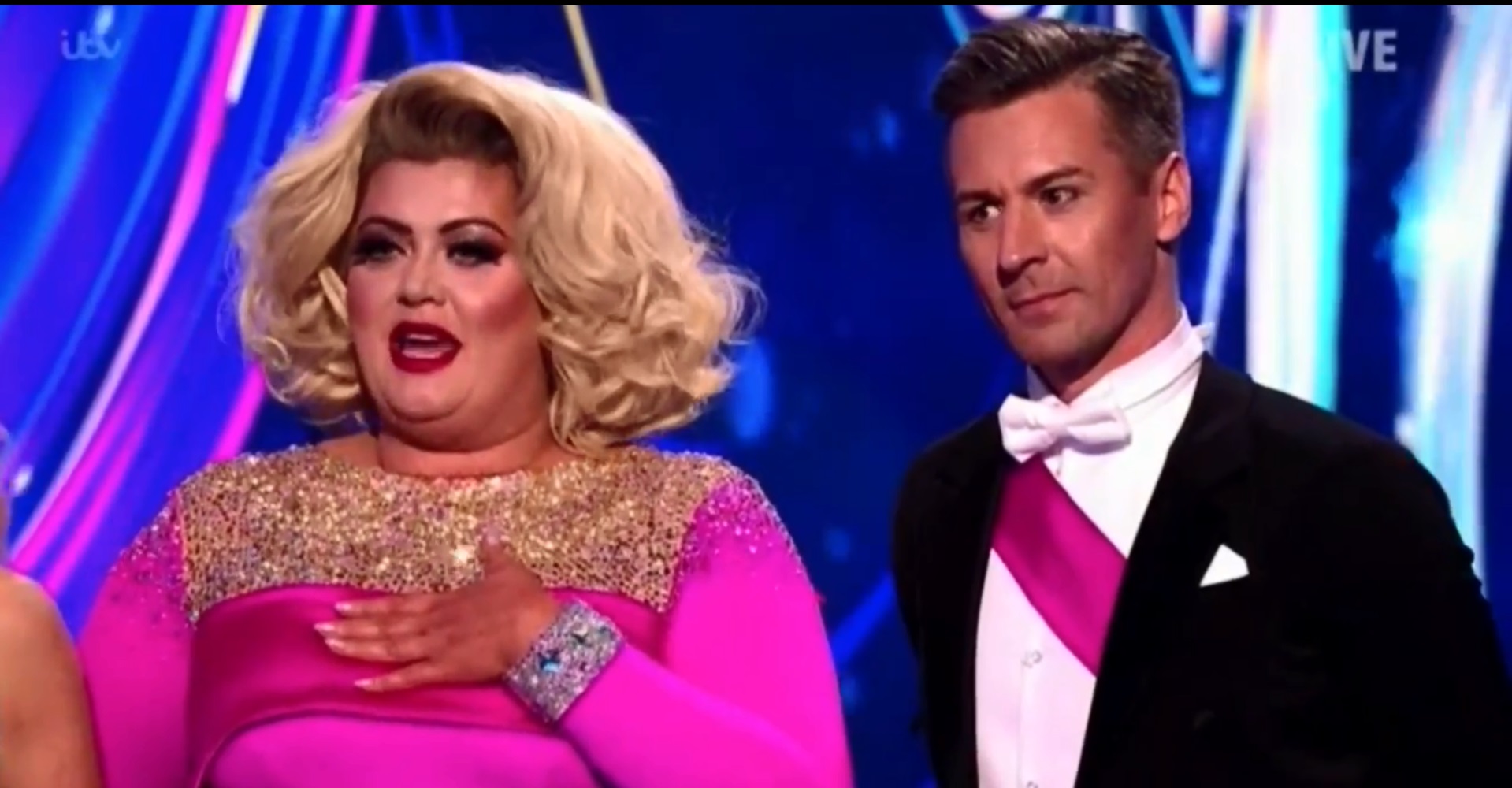 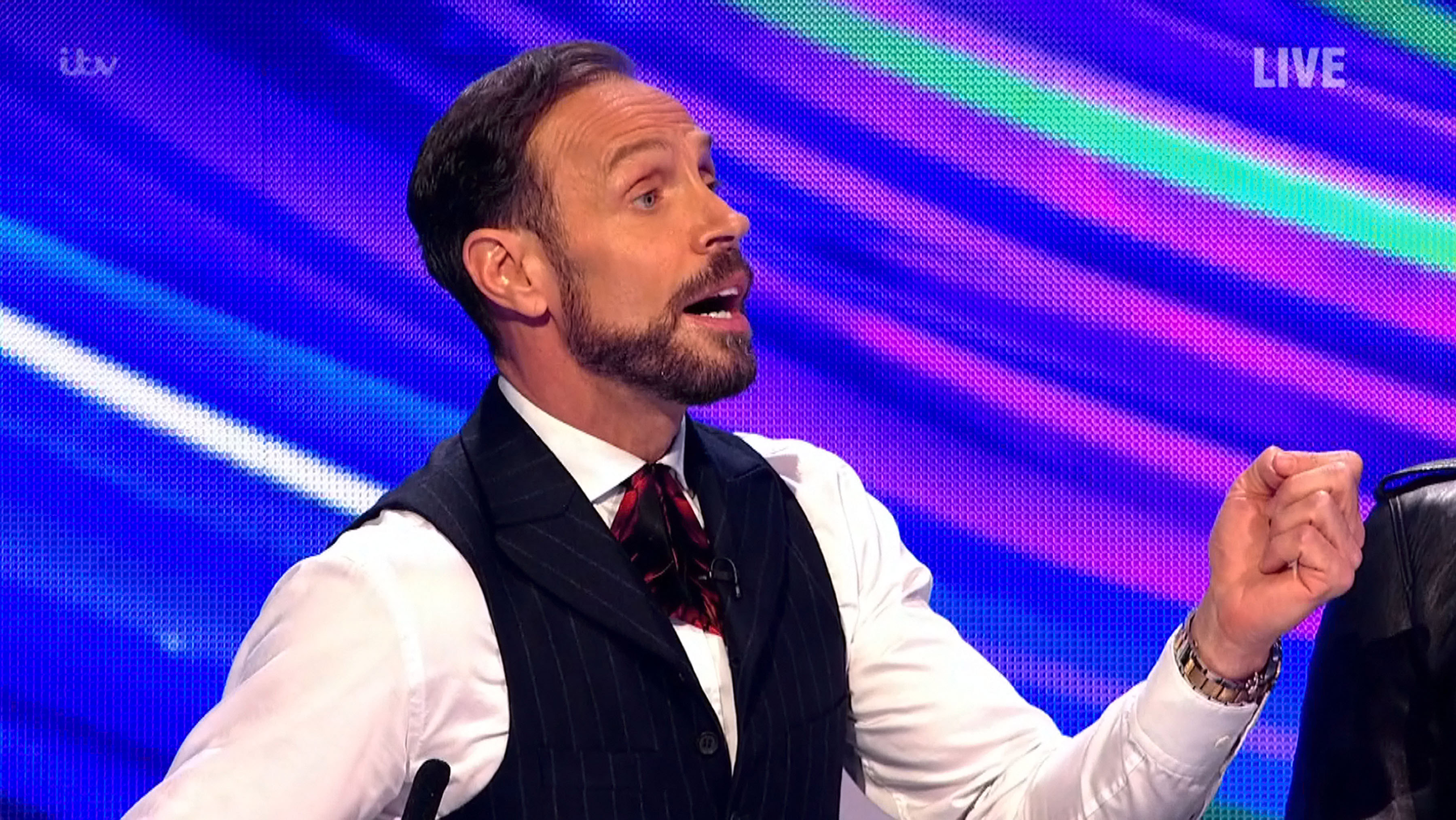 But after clashes with the leading actress America her character’s run on the show was cut to just four.

A source close to Lindsay's said: “America was mean to Lindsay.

“Producers give her too much power. Lindsay didn’t do the last two episodes because America didn’t like her and got her kicked off.” 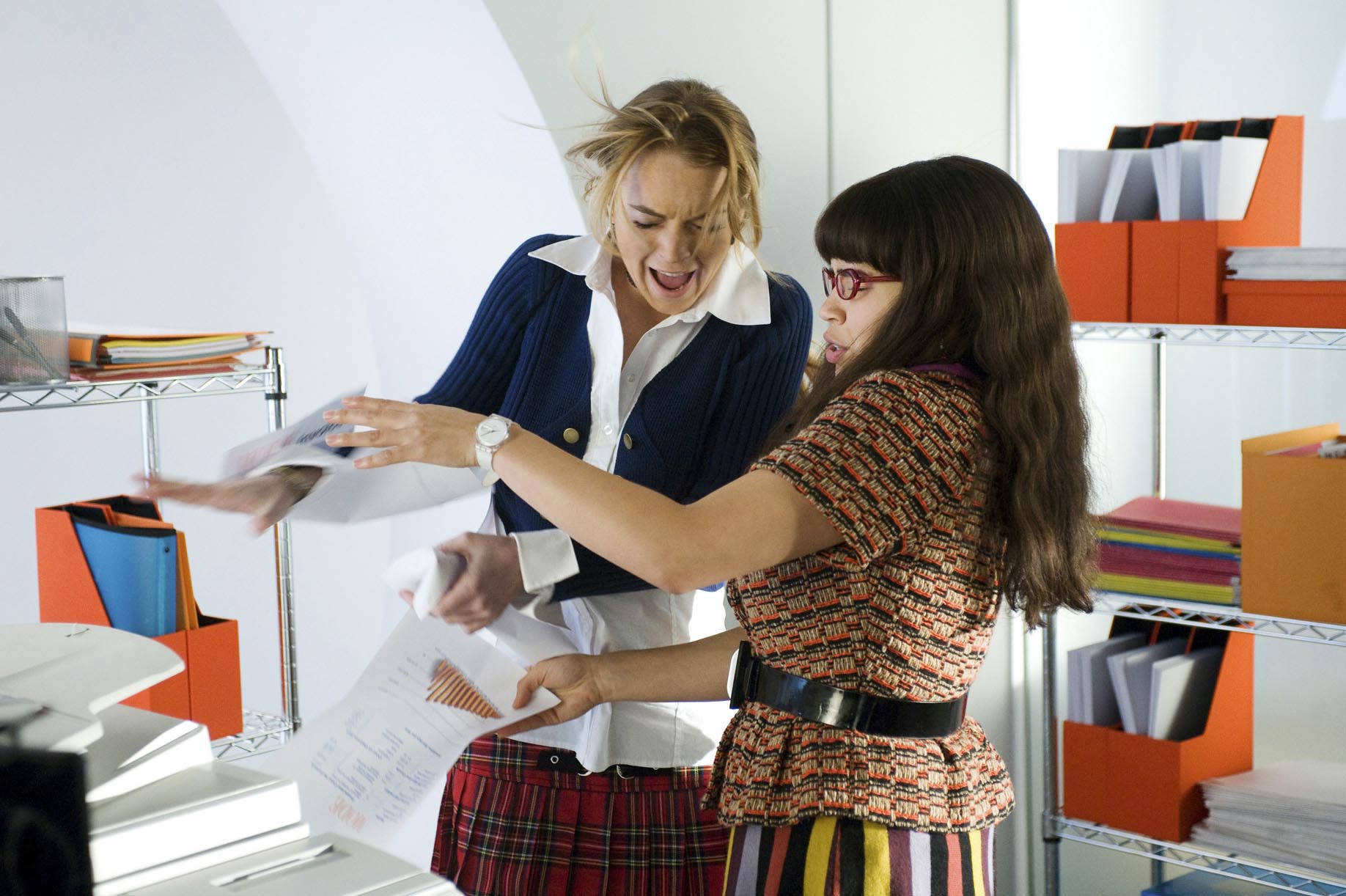 While viewers were rooting for Gilmore Girls' Luke and Lorelai to get together, there were rumblings of a feud in Stars Hollow.

Stories emerged that the pair would actively avoid each other on set – but both denied a rift.

Recently Lauren described her relationship with Scott as "fine", adding: "I think these characters have great chemistry and that does mirror our chemistry as people. We're not intimates." 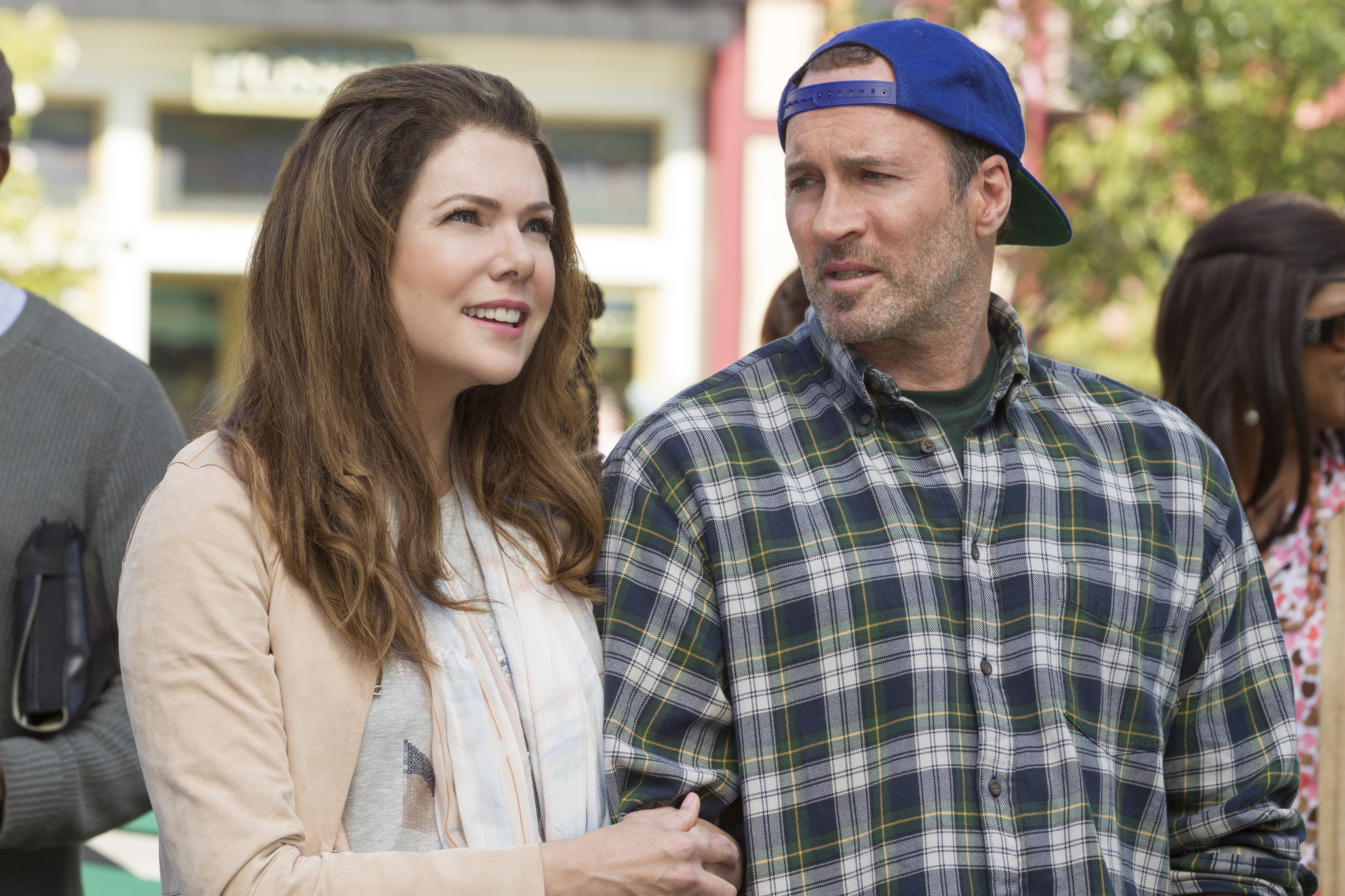 There was always said to be tension between SJP and Kim on the set of Sex And The City.

Famously, it was reported that Cattrall had become upset when she learned that Parker earned more than her co-stars.

Years later, talks of a third SATC movie were shut down when rumours about Cattrall's demands started circulating.

Kim hit back, saying: "This is really where I take to task the people from Sex and the City and specifically Sarah Jessica Parker in that I think she could have been nicer.

“I really think she could have been nicer. I don’t know what her issue is, I never have.” 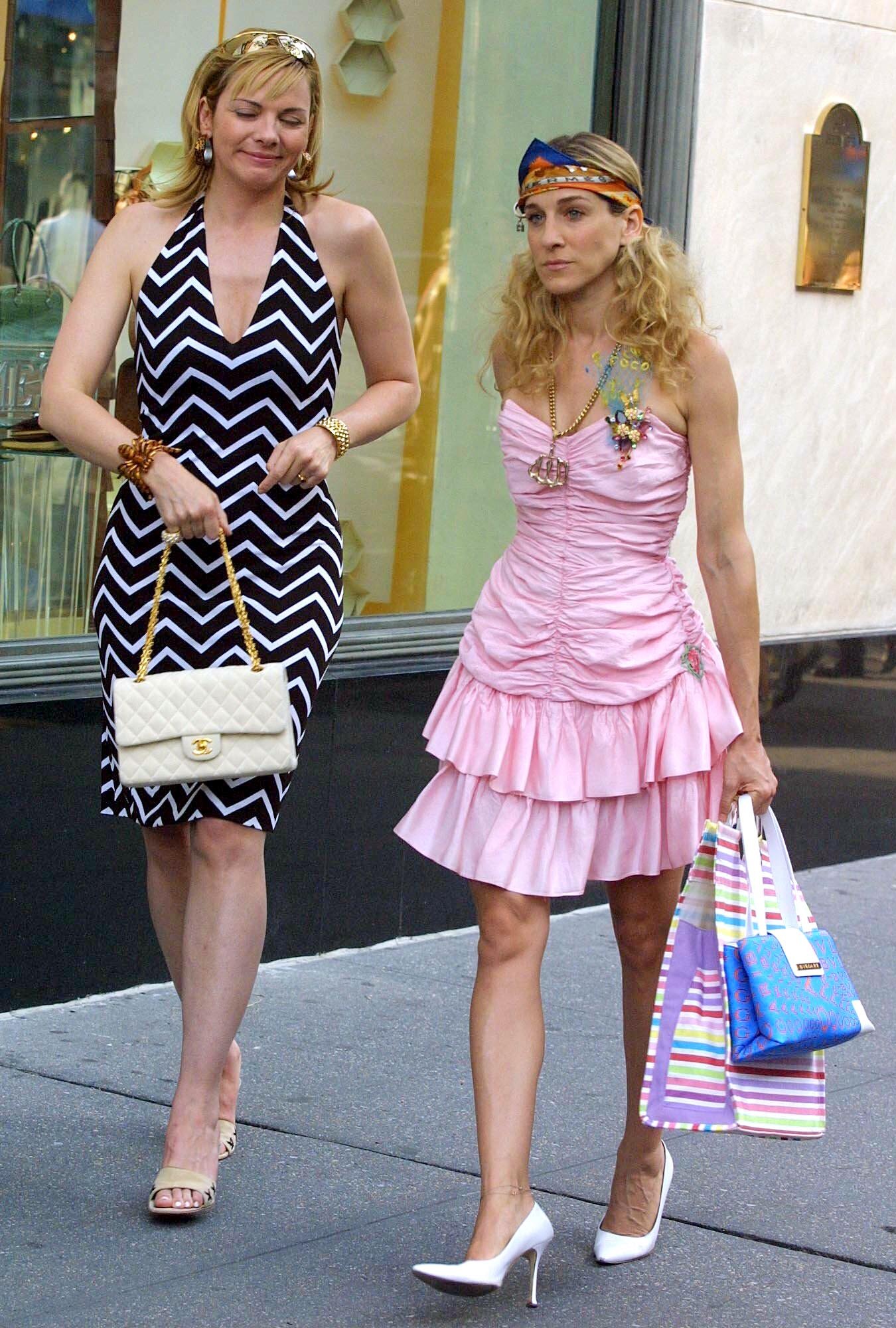 She was used to screaming at punters in her role as Queen Vic landlady Peggy Mitchell, but Dame Barbara once “erupted” for real at her co-star Jessie.

Babs, who died after battling Alzheimer’s in December 2020, said: “Jessie Wallace was the first time I erupted.

“She was late, she was young. She’s not like that anymore. I lost my temper.”

The later pair made up and Babs said: “We liked each other a lot and she is a good actress.

"But I told her not to be like that and arrive at the last minute. It was unprofessional." 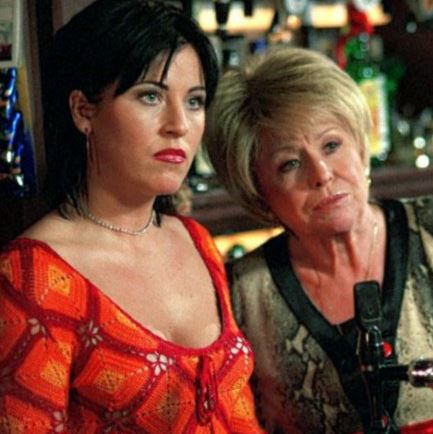 When Dannii was added to the X-Factor judging panel in the fourth series, the pair butted heads.

Sharon wrote in her 2013 autobiography: “Outwardly, Dannii seemed all ‘Ooh, I love kids and puppies’.

“But in my opinion, she was dark, very dark.”

On an episode of The Graham Norton Show in 2007, Sharon stated that Dannii was only a judge on the show because of her looks and made fun of her Botox.

When another guest asked what Minogue looked like, Sharon bent over and pointed at her bum. Mature. 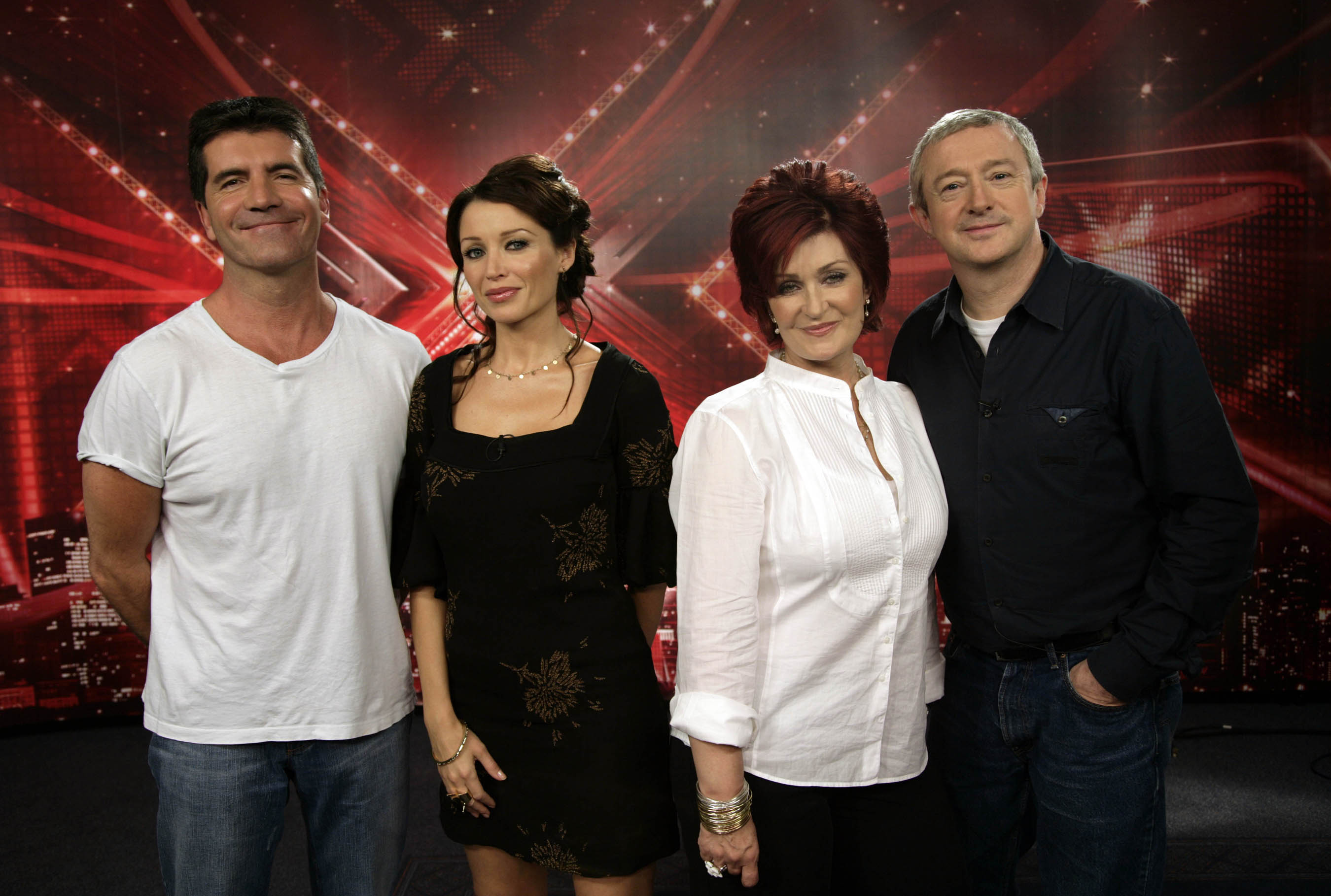