Strictly Come Dancing has seen Oti Mabuse make it to her second final this year alongside former Emmerdale star Kelvin Fletcher. However, many viewers will know the professional dancer, who has been on the show since 2015, nearly ended up without a partner on the show. She opened up on how her chance to compete was put into doubt at the Strictly Final press launch this week, calling it “devastating”.

Oti and partner Kelvin took the competition by storm this year as they have consistently wowed judges and viewers with their routines and have never ended up in the bottom two.

The pair, who have never scored less than a seven from any of the judges this year, are now through to the final where they are in with a strong chance of picking up the Glitterball Trophy tonight.

They revealed they would revisiting two of their most popular routines, with their Rumba as the Judges’ Choice and their Couple’s Choice as their Samba which sizzled way back in the first week of the competition.

The pair will be performing their two old routines alongside a Showdance in an attempt to become the Strictly champions tonight. 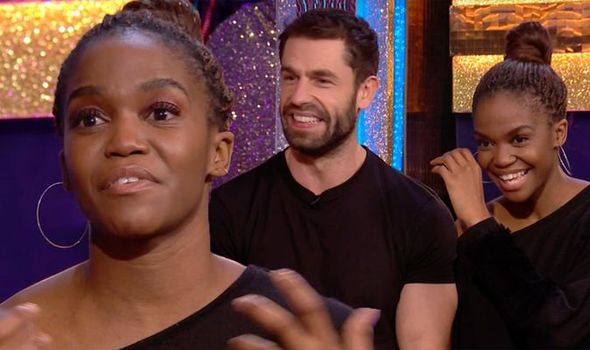 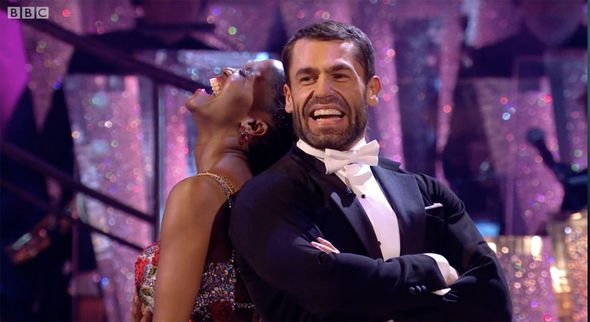 However, Oti’s chance to dance on the show alongside a celebrity partner was put into question early on after Made in Chelsea star Jamie Laing, who was her original partner, was forced to pull out of the competition before even getting to the first week.

Speaking at the press launch for the Strictly Final this week, she said Jamie pulling out “broke my heart” and how she didn’t know what would happen next.

She told Express.co.uk and other press: “I mean the whole experience just feels like an adventure, I don’t think ever in the history of dancing anyone’s had a partner for like 15 seconds!

“Literally they were like, your partner is Jamie… wait no it’s not,” she joked. 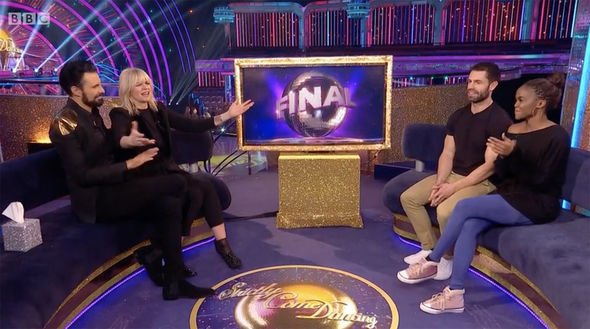 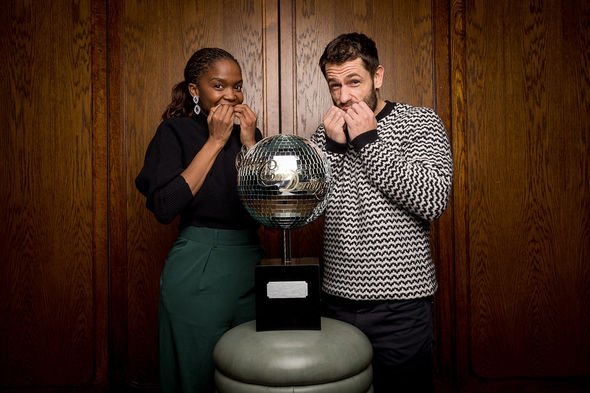 Oti explained how she was initially left unsure whether she would be able to compete in the series.

After Jamie’s sudden exit from Strictly, she called the prospect of not being on the show with a partner “devastating”.

“I was left for a few days, with Sarah [James, the Executive Producer) literally devastated thinking for the first time I won’t be able to do the one thing I love in the whole world.

“I would do anything else in the whole world, the fact I couldn’t dance, really broke my heart. We had a really long chat about it and then Kelvin came, luckily! I was so so lucky.”

Oti then made a confession about the first time she met the former soap star, saying: “I remember the first day we met and he was really quiet and shy and I thought oh my goodness what is going to happen!”

She then joked about how their last minute pairing meant they had to get to know each other in a more unconventional way.

“We’ve had an incredible adventure, what has been so special and different is that every single day we were still trying to get it together… it’s like okay, how many kids do you have, where are you from?

“We had that experience which was so unique! We were really trying to get to know each other and because of that he leaned on me and I had to be there to protect him as a mentor and a teacher.

“Every single week it’s been like that, it’s been us two and we just were trying to do the best that we can,” she added.

Kelvin remains the favourite to walk away with the title of Strictly 2019 champion tomorrow night, with EastEnders star Emma Barton not far behind, according to bookmaker’s Coral.

“The momentum behind Emma and Anton is gathering serious pace ahead of Saturday’s Strictly final. The betting suggested Kelvin had this wrapped up a couple of weeks ago, however, this gamble certainly indicates that is not the case,” said Coral’s John Hill.

As Kelvin, Karim and Emma will take to the dance floor for one last time, who will get to lift the coveted Glitterball Trophy with their partner?

Strictly Come Dancing: The Final airs at 7.05pm on BBC One.