Jeremy Vine welcomed Only Fools and Horses legend John Challis on to the Channel 5 show earlier today. He was there to take part in a jovial debate about which politician they would like to spend Christmas with.

However, it seemed Challis wasn’t quite sure on just what was making Nigel Farage so popular in this day and age.

Without a doubt, the leader of The Brexit Party has seen a surge in his popularity in recent years, following on from his victory in the Brexit referendum.

When asked who he wanted to spend Christmas with, Challis responded: “It’s gonna have to be Boris, I think.” 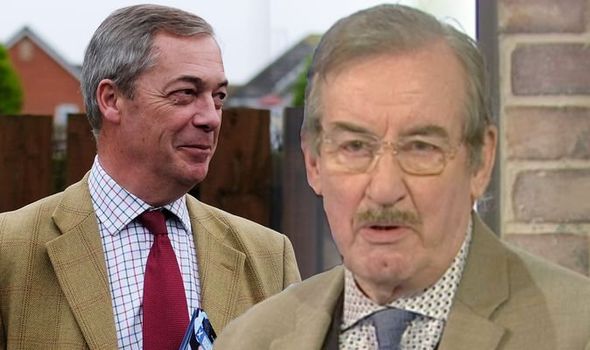 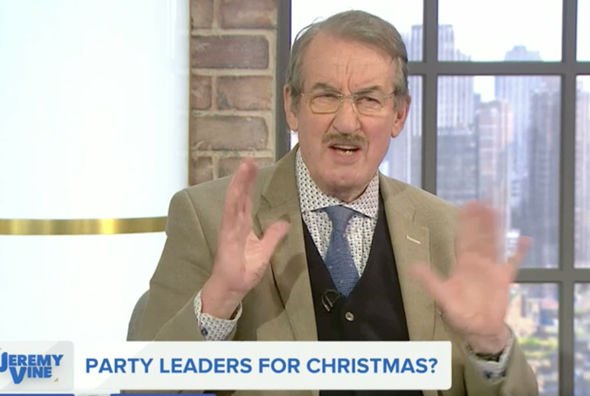 But sadly the Prime Minister had already been chosen, so Challis opted for another.

The Only Fools and Horses actor said: “Oh, ok then. Nigel Farage.

“I’d like to find out what he’s all about.

“The public image with the beer and the fags… it’s such an act. 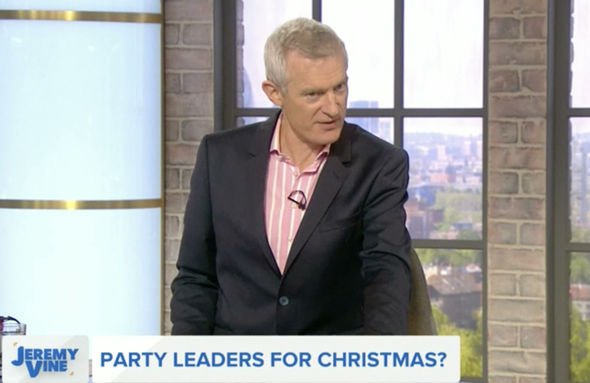 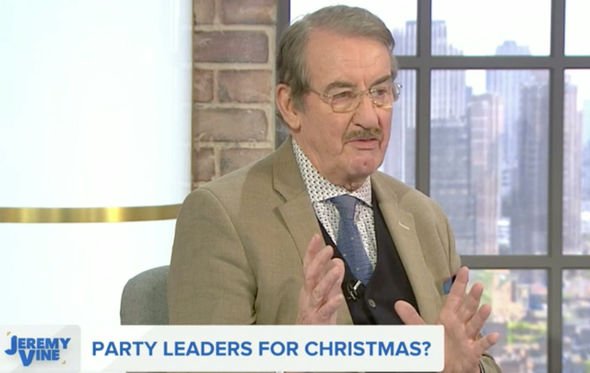 “It seems like an act to me,” Challis explained.

He went on: “I’d love to find out his attitude towards Brexit, is that real?

Challis went on to say once more how he thinks Farage is “acting”.

However, Vine hit back: “I think it’s only an act if it’s real.”

Meanwhile, viewers had mixed opinions on which politician they would invite to their house for Christmas dinner.

One said: “My first choice for political leader to come round for Christmas would be Jeremy Corbyn, but hopefully he’ll be too busy running the country. So Sian Berry can come round, she might be fun. #JeremyVine.”

Another added: “I’d enjoy Christmas with Corbyn. He’s actually a very dry wit. Please don’t @ me. I don’t care if you hate him.  #jeremyvine.”

“The general election is December 12th so I don’t think Jo Swinson will be the Lib Dem leader by Christmas Day,” suggested a third.

A fourth pondered: “#JeremyVine I’d like to invite all the leaders to my house for Christmas but recent events have shown that our Parliamentarians can’t get together.”

Elsewhere on Jeremy Vine, the Channel 5 show aired a heated debate on whether Prince Andrew should lose his royal titles or not.

He has been at the centre of headlines following his Newsnight interview about his friendship with convicted paedophile Jeremy Epstein.

Following on from the controversial BBC appearance, commentators have called for Andrew to lose his HRH title.

Jeremy Vine airs weekdays on Channel 5 from 9.15am.