Labour’s Shadow Housing Secretary John Healey appeared via live video link from South Yorkshire as the hosts asked about Labour and its leader Jeremy Corbyn’s positions on Brexit and a second referendum.

It comes as last night saw the MP demand the release of the latest no-deal Brexit assessments.

However, both Good Morning Britain presenters Singh and Bacon claimed Healey wasn’t answering the questions they were asking him on the ITV show.

They moved on to ask the politician about the news that Labour have plans to implement a total ban on keeping monkeys as pets if the party became government.

The hosts questioned why the party could be clear on that, but not on its stance on Brexit.

“You’re clear on that?” Bacon asked.

“Just to finish the Brexit point…” Healey began before he was interrupted by Singh.

“No, no talk about the monkey,” she said before wryly adding: “We’re really interested in the monkey point.”

Detailing why Labour was proposing the motion Healey explained: “They are social animals, wild animals, they are not appropriate and in many countries they are already banned.”

“It’s a bit bizarre isn’t it?” Singh chimed in again.

The presenter then went on to take Healey to task over why Jeremy Corbyn is planning on making a trip to Ghana soon. 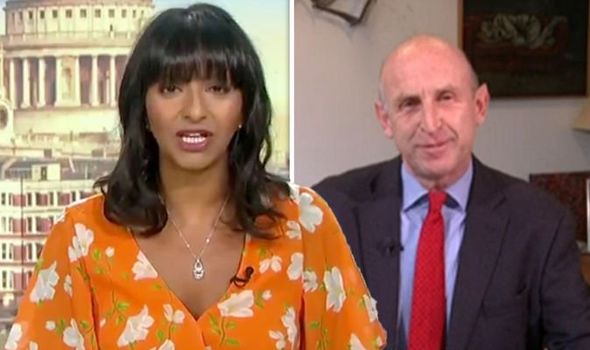 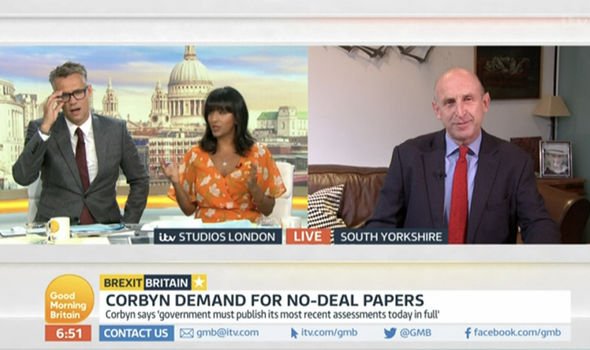 “Jeremy Corbyn has a trip to Ghana in the few weeks before Brexit,” she began. “What will he find out from Ghana, what’s all that about?”

However, the presenters argued that many may not agree with him on that point.

“Jeremy is committed to the development of the poorest countries,” Healey continued.

After the interview came to a close, Bacon expressed his dismay that Healey answered the monkey question yet felt he didn’t give a direct response to his Brexit inquiries.

Some of those watching at home were taken aback by the presenters’ approach to question the MP and took to Twitter to comment. 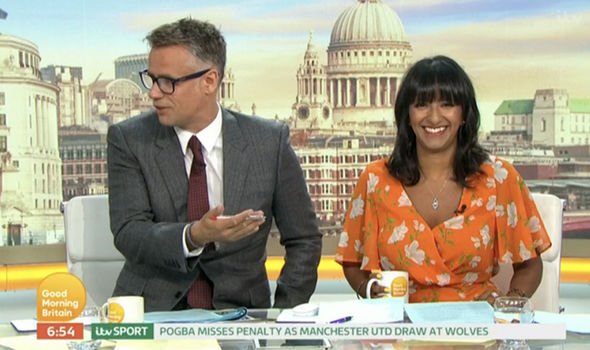 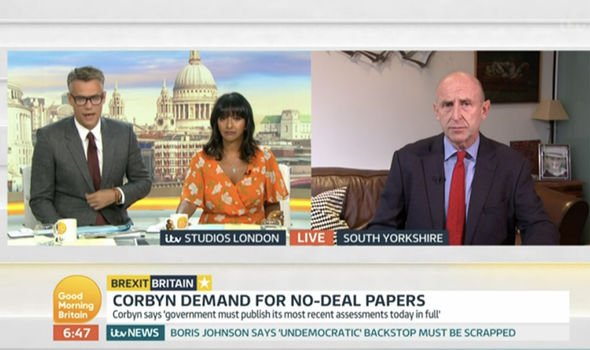 “#GMB Well done, fantastic interview techniques there guys! Ask a question, then butt in and interrupt so the answer can’t be heard. (Unless it’s a Tory of course, they can say whatever they like, uninterrupted) Stay classy,” one wrote.

Another exclaimed: “These “interviewers” are really not up to it! #gmb.”

Although there were others who were irked by John’s response to the questions.

One wrote: “Another labour politician on #GMB can’t answer straight forward questions about Brexit but knows all about their policies with regards to keeping Monkeys!!! #badpolitician #brexit #justspeakthetruth.”