Each of the presenters could be seen trying their hand at playing the kazoo but those tuning into the show weren’t happy with the introduction to the show.

Charlotte commented: “It’s not easy is it?”

Turning to Peter, who was using a washboard, Ben asked: “Do you think you might be taking the washboard with you for Blenheim Castle this weekend?”

Peter laughed: “The washboard left me years ago.”

“Take the kazoo,” Charlotte suggested. “It’s not as easy as it looks.”

Turning to the camera with a kazoo in her hand, Kate said: “IIf you’ve just joined us, this is Good Morning Britain with all of the day’s news.”

Peter could then be seen trying to use the kazoo but was struggling with the instrument.

Eventually he gave up, throwing the kazoo down onto the news desk: “Forget it, forget it.”

While her co-hosts weren’t too excited, Kate exclaimed: “I quite like a kazoo, it’s one of those things that makes you feel good to play the kazoo.” 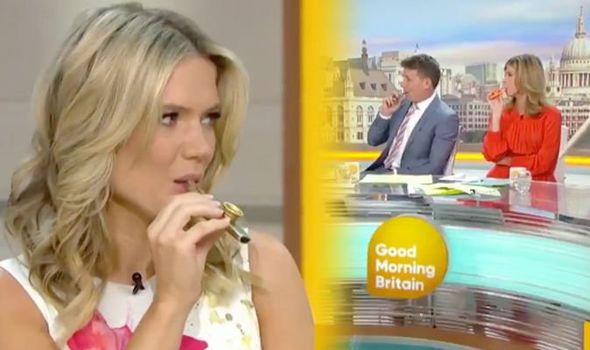 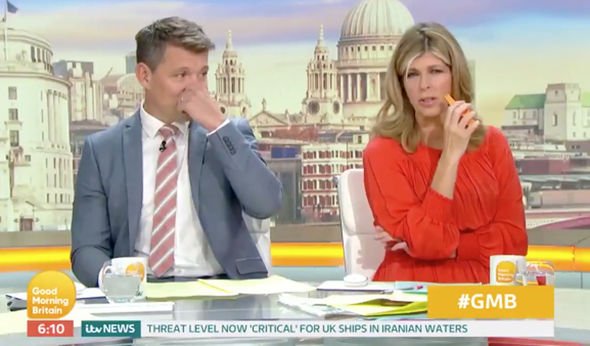 But while Kate was happy playing the instrument, those tuning into the ITV show begged the presenters to stop insisting it was too early for the music.

“Please stop. This is so annoying at 6am,” one viewer wrote, while another added: “For gods sake take those kazoo off the children it’s doing my head in.”

A third tweeted: “Please take those Kazoo away. As if Kate wasn’t annoying enough. Watching on Fridays is like being at a noisy children’s party. Even boring Charlotte is acting. Off to BBC.”

Someone else joked: “@piersmorgan see what happens when you aren’t there, the children start misbehaving.”

However, there were some viewers who were enjoying the entertainment, with one tweeting: “These 3 are my favourite GMB combination. Professional, friendly, sharing the air time between themselves. They all look and seem happy this morning which is nice.” 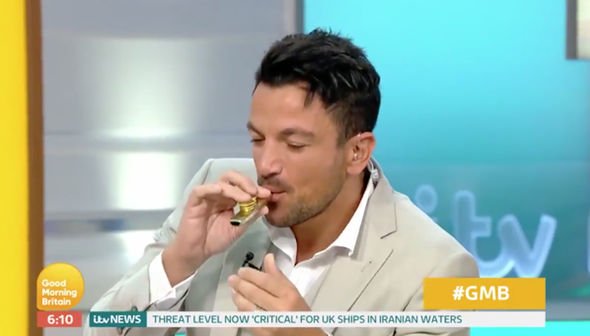 It’s not the first time Good Morning Britain viewers have been in uproar this week with many disappointed to find Piers Morgan was missing from the presenting line-up on Monday.

Piers had been enjoying the cricket at the weekend and Richard Bacon had stepped in to present alongside Susanna Reid.

Viewers were far from impressed to find the host had been temporarily replaced at the start of the episode.

Fortunately for fans, Piers returned on Tuesday when he launched into a rant about Meghan Markle’s request for privacy at Wimbledon.