ITV This Morning: ‘Come back!’ Holly Willoughby dragged off set by guest 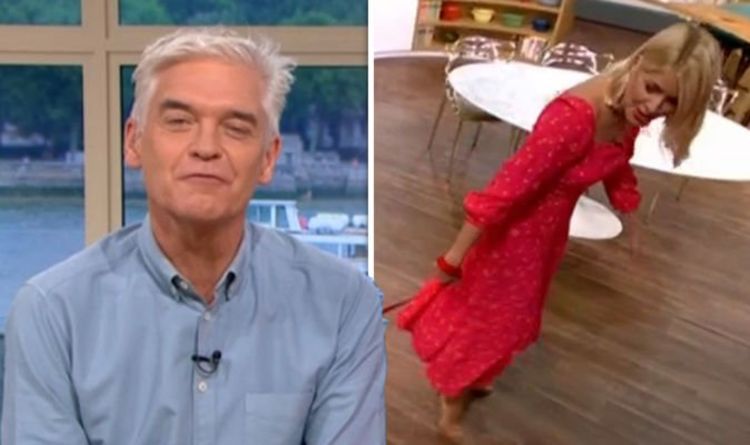 As the ITV show opened up on the This Morning presenting duo, viewers saw that they were joined by two bulldogs.

Holly Willoughby and Phillip Schofield each held a lead in their hand attached to one of the dogs, which were called Holly and Phil.

Although, Phillip revealed how things hadn’t quite gone to plan.

“We had a whole different opening planned but they were misbehaving,” Phillip told viewers.

He then said: “These two are actually called Phil and Holly.”

“They are both rescue dogs in need of a home,” Holly began to say, however she was interrupted as Holly the dog decided to walk off set.

”Holly come back!” human Holly exclaimed as the pooch walked behind the camera crew.

“Sometimes I don’t want to do it either but we have to!” Holly laughed.

Phillip then related how his namesake had already relieved himself in the studio. 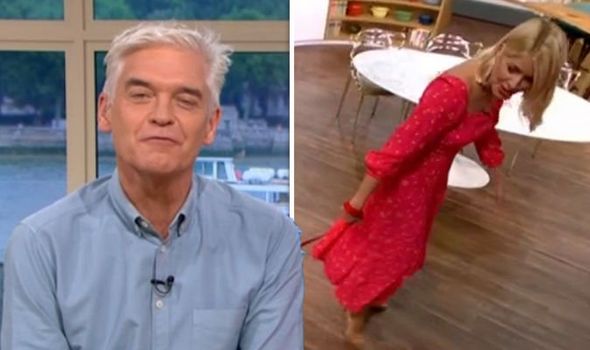 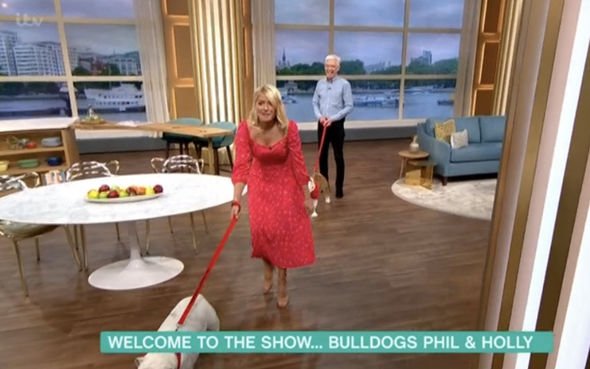 “Phil’s already been disgraced,” he said.

While Holly reflected: “Mine’s yet to go, so anything could happen.”

Last week on the programme, Phillip found himself stunned after EastEnders’ star Patsy Palmer made a revelation about herself.

She explained: “I have another name, my name is Julie really. So I thought I’m going to get back to calling myself my real name. 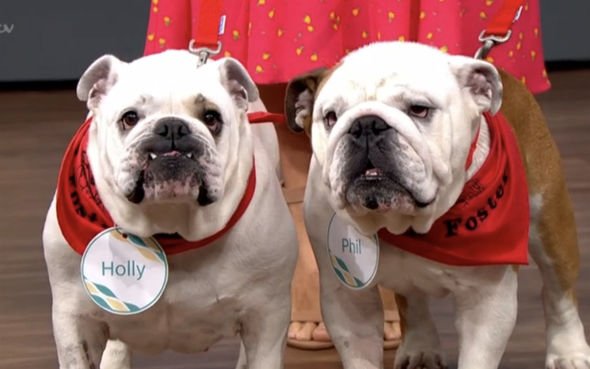 “But I actually get so confused myself that sometimes I’ll say Patsy, sometimes I say Julie and it’s like I confuse myself. So now in Malibu they call me Patsy Julie.”

Both Phillip and Holly were quick to express their disbelief at what Patsy had said.

Holly added: “I didn’t know, I was getting confused then as you were saying yet.”

END_OF_DOCUMENT_TOKEN_TO_BE_REPLACED

END_OF_DOCUMENT_TOKEN_TO_BE_REPLACED
We and our partners use cookies on this site to improve our service, perform analytics, personalize advertising, measure advertising performance, and remember website preferences.Ok