J.K. Rowling rose to fame as the author of the best-selling book series of all-time, “Harry Potter,” but recently she’s been known as something else: a TERF (trans exclusionary radical feminist). The writer’s comments about trans women using women’s bathrooms and young people receiving gender-affirming health care have drawn the ire of everyone from GLAAD and Harry Potter himself, Daniel Radcliffe, and led Rowling to conclude in June 2020 that she had become the victim of “cancellation.”

But the facts may not bear that out. Two years on, the Rowling business remains great for her publisher Scholastic, Universal’s Harry Potter theme parks, and Warner Bros., which is releasing the latest Potter-adjacent movie, “Fantastic Beasts: The Secrets of Dumbledore,” on Friday. Data shows that U.S. sales of Rowling’s books increased over the last few years, and the two previous “Fantastic Beasts” movies have over-performed on streaming. Rowling’s Twitter feed remains an endlessly scrolling anti-gender theory compendium. Her reach there also remains remarkably steady: Rowling has had about 14 million followers since early February 2018.

That Rowling is able to maintain such strong opinions often viewed as unfavorable — especially in the liberal Hollywood community — while continuing to rake in many millions of dollars likely speaks to the ability of the Harry Potter brand to stand on its own. At least for now. This weekend, Rowling faces her first box-office test since going public with her views and the question remains of how enthusiastic younger generations — and their parents — are about embracing Harry Potter.

“The double-down is one of the riskiest crisis responses from someone who is being heavily invested in, especially by a movie studio, because [everyone around them] is forced to have an opinion,” crisis PR expert Molly McPherson told IndieWire. “She could have apologized, taken accountability, and slowly faded away. Instead she chose to double down. When people choose to double down, they have to do it all-in, but it often comes at a cost.”

The Rowling controversy started with a liked tweet in March 2018, built to one penned by the author herself in December 2019, and reached a crescendo in June 2020. That’s when she went all in, publishing a lengthy essay where she discussed her years-long interest in researching trans issues and highlighted five reasons why she’s worried about “the new trans activism.” That activism, of centering womanhood around identity rather than reproductive organs or chromosomes, is in Rowling’s view part of the same misogynistic society that allowed Donald Trump to become president — despite remarks like the infamous “grab ’em by the pussy” one he peddled off-camera to “Access Hollywood’s” Billy Bush. 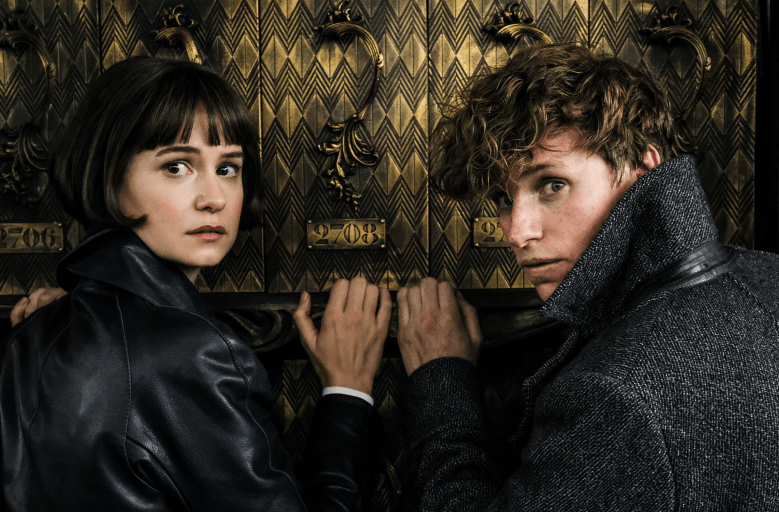 “I spoke up about the importance of sex and have been paying the price ever since. I was transphobic, I was a cunt, a bitch, a TERF, I deserved cancelling, punching and death,” Rowling wrote in the essay. “But endlessly unpleasant as its constant targeting of me has been, I refuse to bow down to a movement that I believe is doing demonstrable harm in seeking to erode ‘woman’ as a political and biological class and offering cover to predators like few before it.”

The price Rowling paid was this: Radcliffe and Eddie Redmayne were among the “Potter” stars who condemned her views within hours of the essay’s publication. Warner Bros. and Universal Parks & Resorts offered non-specific statements about diversity and inclusion. Scholastic offered support for both Rowling’s free speech rights and the rights of the queer community. And they’ve all continued to cash in on the Potter brand as the books, movies, and theme parks remain popular.

Still, Rowling is not exactly being excluded either. Recent children’s books “The Ickabog” and “The Christmas Pig” both spent multiple months on the New York Times Bestseller list of middle-grade hardcovers. Rowling is generally considered the richest author in the world, with her net worth often being estimated at or around the $1 billion mark.

“Fantastic Beasts: The Secrets of Dumbledore”

The original “Harry Potter” and “Fantastic Beasts” films continue to perform well on streaming. According to data crunched by streaming aggregator Reelgood, which allows users to browse titles across platforms, “Fantastic Beasts and Where to Find Them” had its best week ever between April 4 and April 10 — it was streamed or engaged with through the platform almost five times more than the average amount for the film, based on data that dates back to December 2019. That also marked the second-best week for the second film in the planned five-film franchise, “The Crimes of Grindelwald,” as fans caught up and refreshed to prepare for the release of “Dumbledore.”

And here’s an interesting tidbit on timing: All but one of the 10 Harry Potter-universe movies also performed better than average the week after Rowling published her controversial essay in June 2020, according to Reelgood.

But all is not magical in Rowling’s Potterland. “Fantastic Beasts: The Secrets of Dumbledore” marks the first time Rowling has not received sole screenwriter credit for a “Fantastic Beasts” film. (“Potter” alum Steve Kloves gets a cowriting credit.) Rowling’s been absent from much of the publicity effort around “Dumbledore,” a break from tradition set by the previous two films. She also did not appear in HBO Max’s recent “Harry Potter 20th Anniversary: Return to Hogwarts,” aside from in archival interviews.

Rowling was courted hard by Warner Bros. for “Fantastic Beasts”; part of the deal to secure the franchise included massive budgets and a great degree of creative control handed to the producer: The studio cannot hire anybody to rewrite her scripts without approval, according to The Hollywood Reporter.

Rowling isn’t the only controversial figure in the Potter universe. Johnny Depp, who played dark wizard Gellert Grindelwald in the first two “Fantastic Beasts” movies, exited the franchise after losing a libel case against The Sun, which published a 2018 article calling him a “wife beater.” Depp says he’s a victim of cancel culture. Grindelwald is played by Mads Mikkelsen in “Dumbledore.”

More recently, franchise regular Ezra Miller was arrested on a charge of disorderly conduct in Hawaii last month. He’s been notably absent from the publicity efforts around “Dumbledore.”

IndieWire’s Tom Brueggemann forecasts that “The Secrets of Dumbledore” has a chance at opening in excess of $50 million at the domestic box office and could see its overall U.S. revenue pass $100 million, a feat during the pandemic era whose chances are boosted by its Easter weekend opening. 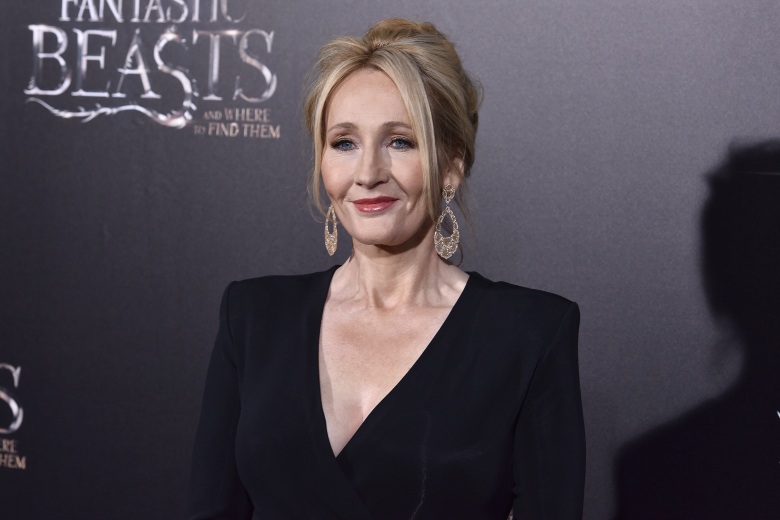 “Dumbledore,” already released overseas, has grossed $56.9 million worldwide so far on a reported $200 million budget. The first “Fantastic Beasts” brought in $814 million worldwide and “Grindelwald” grossed $654.86 million. Compare that to smash success of the original movies which ranged from the $795.63 million in grosses for 2004’s “Harry Potter and the Prisoner of Azkaban” on the low end to $1.34 billion for the final installment, “Harry Potter and the Deathly Hallows: Part 2,” released in 2011.

That pre-TERF dip in box office takings speaks to another problem Rowling and her investors must grapple with. What about the demand for Harry Potter himself? Despite the spike in Rowling book sales, there are signs that the franchise’s popularity is dwindling. The Times of London reported in 2020 that the Harry Potter books dropped out of the top-10 (self-reported) favorite books of secondary school children, the first time that’s happened in the 12 years since education research firm Renaissance collected the data. It’s a group younger than the core audience of millennial Potterheads, a sign that the series might face trouble attracting a new audience.

Another test for Rowling’s popularity will come in August, when she releases the sixth book in her Cormoran Strike series, published under the pen name Robert Galbraith. She wrote on Galbraith’s website that she choose a male pseudonym years ago “to take my writing persona as far away as possible from me.”