It’s been a long time since Keanu Reeves last plugged into The Matrix franchise. But in recent years, the actor’s popularity has surged. Thanks to the John Wick series and breakout roles in Toy Story 4 and Netflix’s Always Be My Maybe, the internet is obsessed with Reeves all over again. And his Matrix co-star Jada Pinkett Smith revealed why Reeves is so magnetic. 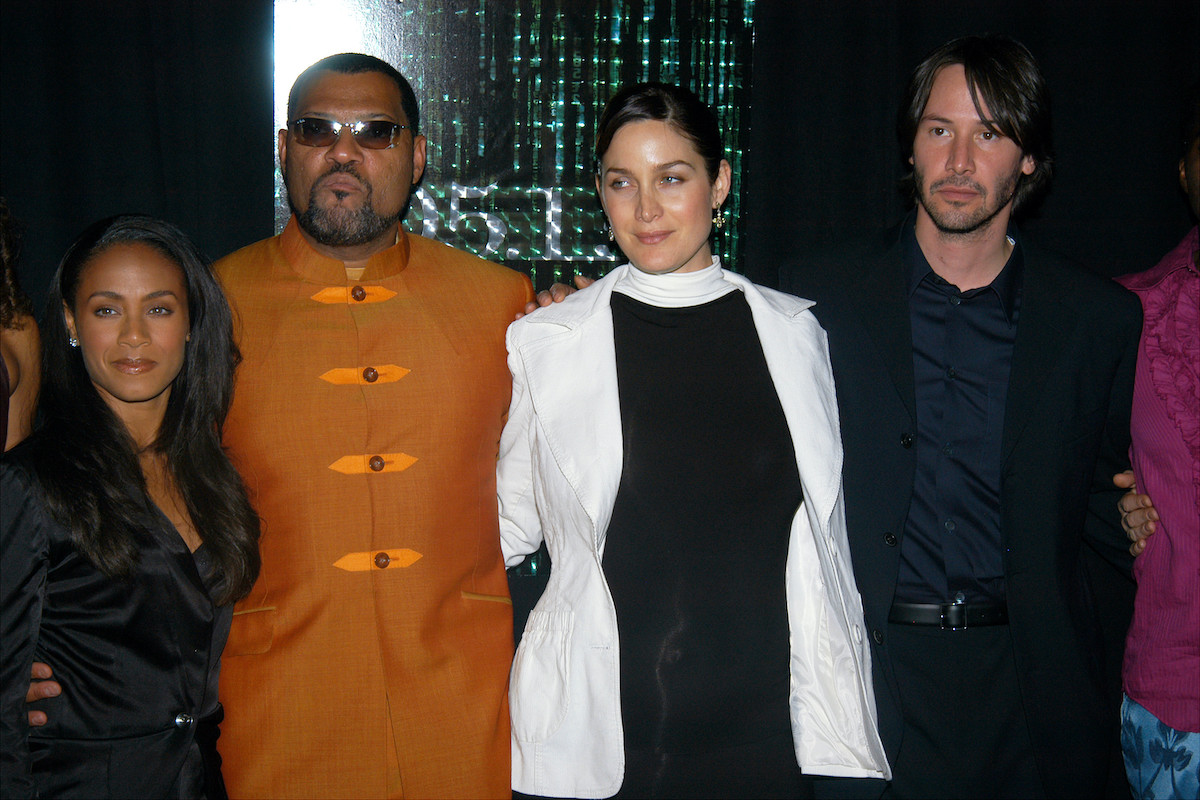 Following the success of 1999’s The Matrix, Pinkett Smith joined the cast as Niobe for the two sequels released in 2003. But the actor actually auditioned for the role of Trinity back in the day. Moreover, her husband, Will Smith, famously turned down the role of Neo as well.

Although her husband lost out on a big payday by rejecting The Matrix, Pinkett Smith seems to have had a ton of fun working on the franchise. Her character even headlined the spinoff video game, Enter the Matrix, which directly ties into The Matrix Reloaded.

Pinkett Smith acknowledges that she lacked the necessary chemistry to play opposite Reeves in the first film. But it all worked out in the end, as she was able to work with him anyway. And in a 2019 red carpet interview with Entertainment Tonight, she laid exactly what makes Reeves so compelling.

By the sounds of it, Reeves is exactly what his public persona suggests in real life. If that’s the case, no wonder fans remain so intrigued 35 years after the actor made his big-screen debut.

Reeves’ Neo and Pinkett Smith’s Niobe didn’t get a chance to bond too much in either The Matrix Reloaded or The Matrix Revolutions. But hopefully, fans eager to see the two stars reconnect on screen will get their chance. After all, The Matrix 4 is currently filming.

Director Lana Wachowski’s movie is set for an April 1, 2022 release date. Reeves, Carrie-Anne Moss, and Pinkett Smith are all among the returning cast. Plot details are under wraps. So it’s anyone’s guess what Neo, Trinity, and Niobe will be up against when moviegoers see them next.

END_OF_DOCUMENT_TOKEN_TO_BE_REPLACED

END_OF_DOCUMENT_TOKEN_TO_BE_REPLACED
We and our partners use cookies on this site to improve our service, perform analytics, personalize advertising, measure advertising performance, and remember website preferences.Ok