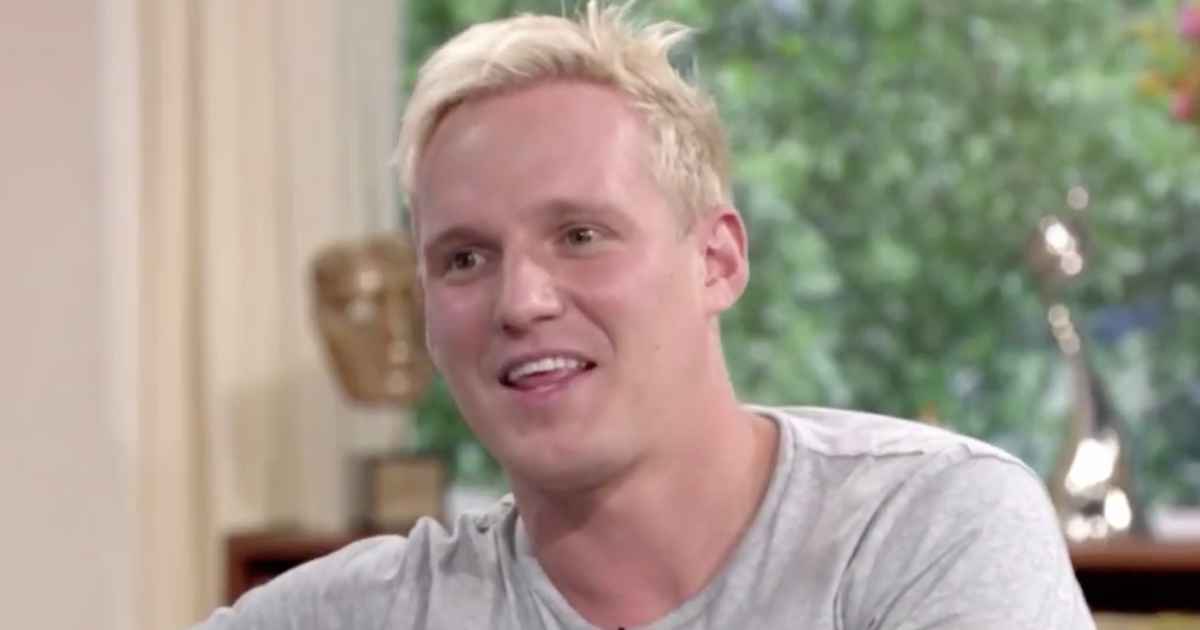 Jamie Laing left This Morning viewers in shock on Wednesday when he revealed fans have been pronouncing his surname wrong since he shot to fame in 2011.

The 30 year old discussed his early departure from this year's Strictly Come Dancing after being forced to quit following an injury during filming of the series launch show when he made the revelation.

Confused fans took to social media over the weekend to discuss Tess Daly's pronunciation of Jamie's surname, when she repeatedly called him "Jamie Leng."

This Morning hosts Phillip Schofield and Holly Willoughby used the same pronunciation during Wednesday's show, with them using the interview as an opportunity to educate viewers.

Phillip said: "I'm pretty sure that a few people will have noticed that we were calling you, in our promos this morning and our introduction, Jamie Leng, which is the correct way to say it."

"I [mispronounce] it as well. Ever since I was a kid, everyone said 'Lang', so I never corrected anyone because almost it became embarrassing. You know when someone gets your name wrong so many times, you just go with it.

"All of a sudden I thought I was David Bowie, you know," he continued, pronouncing the late singer's surname both ways.

Fans of the Made In Chelsea star were left "gutted" as Jamie's pairing with Oti Mabuse was announced on Saturday night's pre-recorded show, although it had already been confirmed that he would not be taking part in the rest of the series.

Tweeting before the BBC One series kicked off, Jamie said: "I’m so excited that @bbcstrictly is starting tonight!! It’s so upsetting my journey ended so quickly but it doesn’t mean I won’t be supporting everyone each week!! Can’t wait to watch!!! X."

The group dance, Jamie’s pairing with professional dancer Oti and his VT where he said he "couldn’t wait to be covered in glitter and fake tan" were aired on the series premiere, despite his premature departure.

Jamie later retweeted a video of him being paired with Oti, and captioned it with a broken heart emoji.

He wasn't the only heartbroken viewer, as fans of the show soon took to Twitter to express their disappointment that he won’t be competing in this series.

One person wrote: "@JamieLaing_UK sad to see you leaving the show pretty sure you would of been the life & soul of the party #cheekychappy hopefully maybe see you in it next year."

Another said: "Gutted @JamieLaing_UK had to pull out of @bbcstrictly reckon he’d have been really good… let’s hope you get a shot next year?"

While a third added: "Just watched the strictly launch show, it’s going to be amazing. Gutted Jamie Laing had to pull out, he looked as if he could have been great fun to watch."

A final fan tweeted: "I’m so gutted that @JamieLaing_UK isn’t going to be in strictly I was so god damn excited for him and this journey! .. so much love for you!"

Jamie was forced to quit the dance show after injuring his foot. Announcing the news, the BBC said in a statement: "Sadly, due to an injury, Jamie Laing will no longer be able to take part in this year’s series of Strictly Come Dancing.

"As the Strictly launch show is pre-recorded, Jamie will still feature in this programme which airs Saturday September 7."

Jamie added: "I’m absolutely devastated that I’m unable to continue in the competition, I was so excited to hit the dance floor. I would like to wish the lovely couples all the very best and hope they enjoy their time on the show to the fullest."

END_OF_DOCUMENT_TOKEN_TO_BE_REPLACED

END_OF_DOCUMENT_TOKEN_TO_BE_REPLACED
We and our partners use cookies on this site to improve our service, perform analytics, personalize advertising, measure advertising performance, and remember website preferences.Ok