Jennifer Garner who played 30-year-old “Jenna Rink” in 13 Going on 30 wished a happy birthday to actress Christa Allen, who played the same role as a teen.

Garner posted a birthday TikTok to Allen. “Christa, happy birthday!” she exclaimed. “It’s so weird ’cause people are saying that you’re 30. And that’s like weird ’cause we’ve always played … but I’m 30 [laughs]! It’s like how can we both be 30 at the same time. It’s like the laws of the universe don’t even match up!” 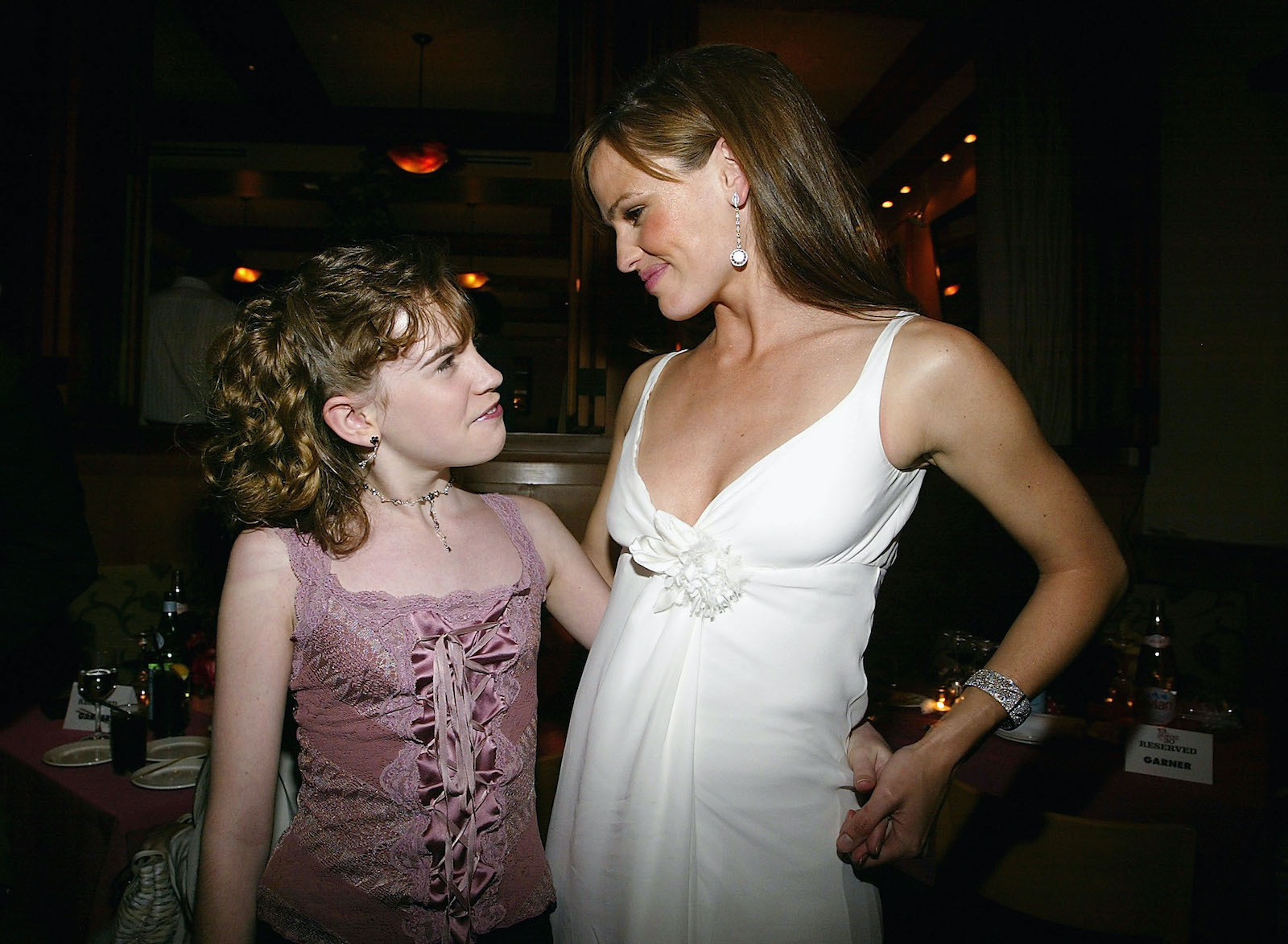 Allen shared that she was 11 years old when she booked the role of Jenna Rink. “And then I remember my agent called me and they go, ‘Hey Jenna Rink!’ I mean, Christa,” she recalled to Access in 2020. “And I just like freaked out.”

She reflected on what it was like to work with Garner. “Before I started shooting the film my mom and I went up to her house and she was like, ‘Welcome, come on in! Can I get you anything?’ She offered us water, Dr. Pepper … and then I remember her walking into her kitchen and she turned around and was like, ‘I make a helluva latte.’”

Garner and Allen were almost a perfect physical match in the film. But does Allen think they still resemble one another? “It’s so funny because everyone says that,” she laughed. “I think that I look more like Hilary Swank.”

Allen also revealed which kid actor she bonded with the most. “Brie [Larson] and I used to instant message,” she recalled. Larson played one of the “Six Chick” girls from middle school.

Allen said she gets many fan requests wanting more from 13 Going on 30 so she made a short film, Vienna, which she shared in multiple parts on Instagram. She said Vienna was not meant to be a sequel to the film, but more as a response.

The first video begins with Allen realizing her 30th birthday is fast approaching as she ends a bad date. She enters her apartment and is greeted by her 13-year-old self who tells her, “Well that was a real sh*tshow.” Allen’s 13-year-old self mirrors and almost mocks her character in 13 Going on 30 as they journey together to Allen’s 30th birthday.