JOHN Newman has announced the sad decision he is taking a break from music having suffered from depression.

The Love Me Again singer today told fans he had cut ties with his record label Island Records/Universal as well as his management in order to get a fresh start on future solo work. 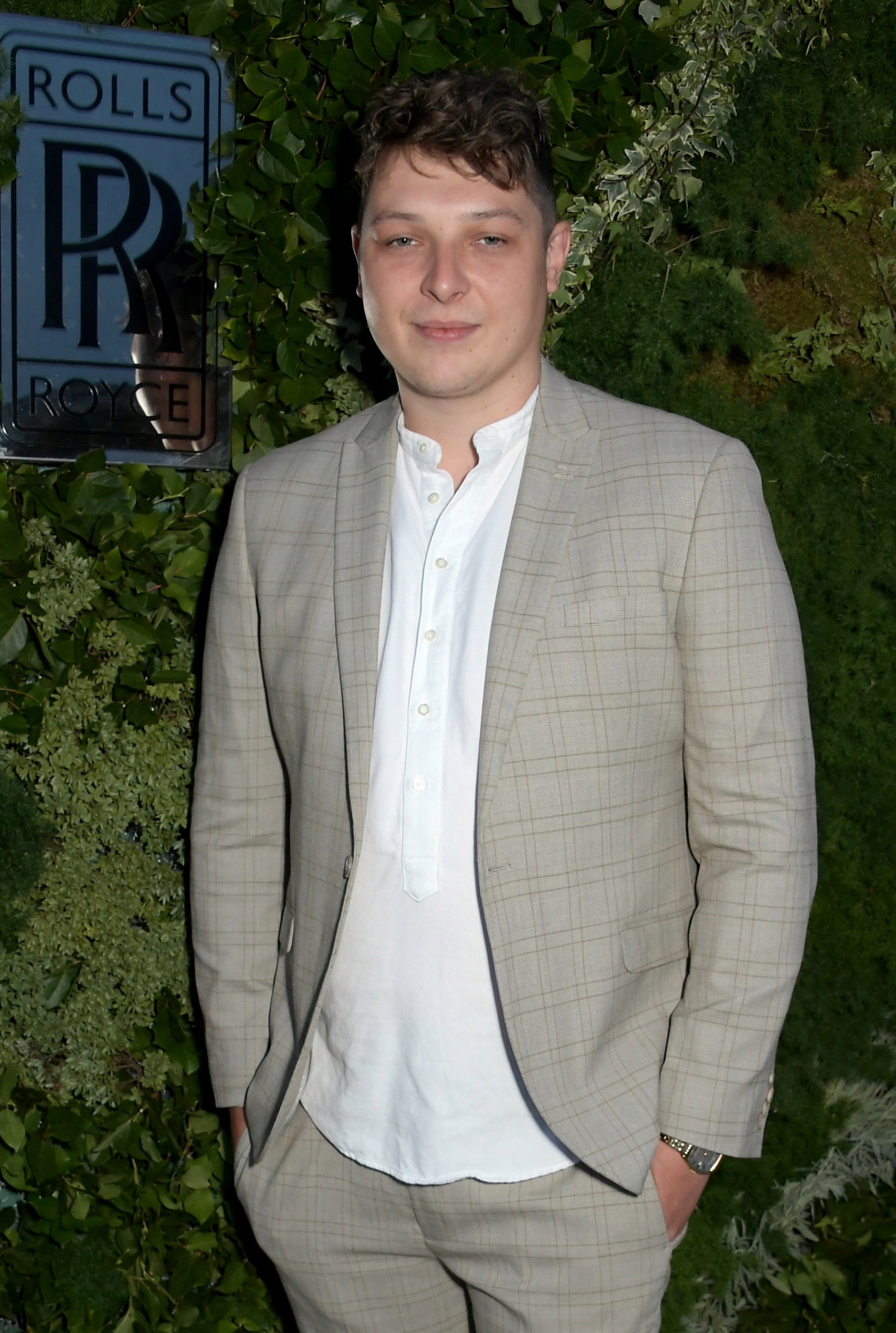 In a social media post, he said: “Today is marking the end of an incredible and amazing era in my life but change is a positive and uplifting thing.

“I have decided to pause my career to be able to discover the better side of me that is still there despite feeling such depression due to my work.

“This is the end of an era and the start of a new me, to regain my drive and my thirst to continue, to make the greatest music I have ever made and to be happy within myself in every way.

“It pulls a tear to say goodbye to this era and the music and memories I say goodbye to with it but the future is key and I believe I can always deliver better.” 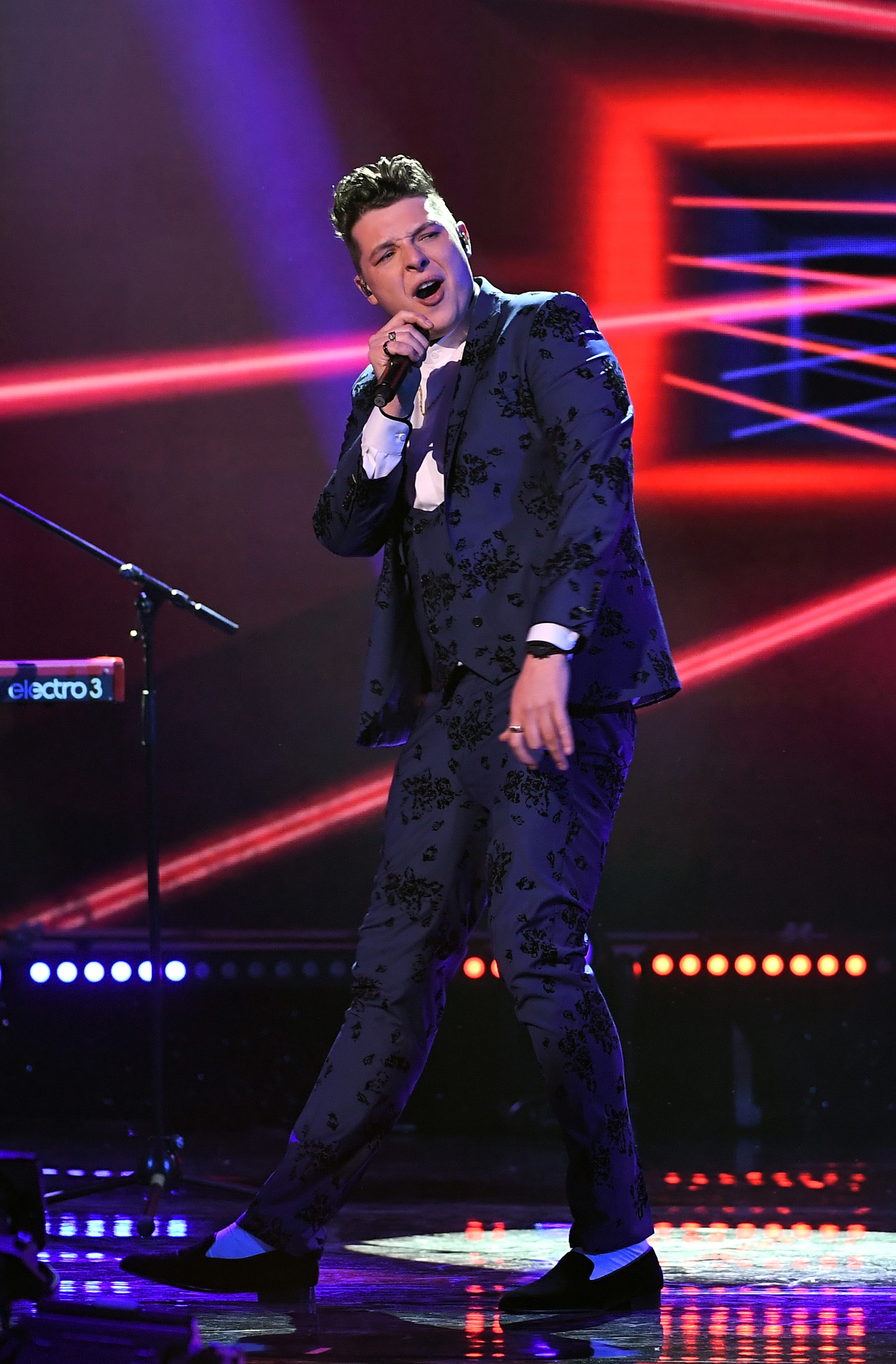 John burst on to the scene in 2013 with Love Me Again and has released songs every year since, either as a solo artist or as featured, working with acts including Calvin Harris, Sigala and Rudimental.

In March he made a solo comeback with Stand By Me, having released three singles over the past four years.

He had previously revealed his battle with mental health, saying chasing hits caused him to enter a deep depression.

John suffered a health setback in 2016 when he underwent surgery for a brain tumour. 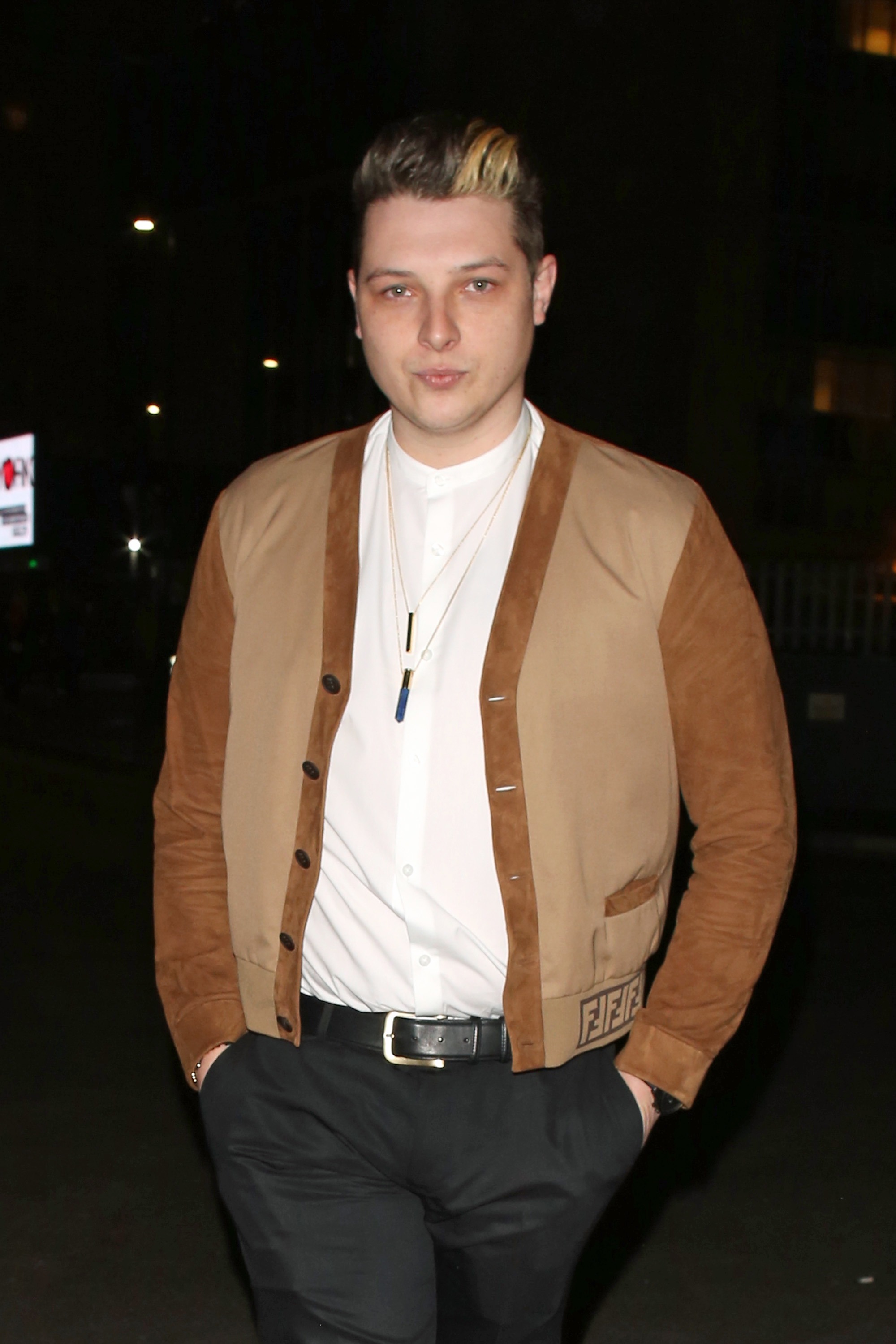 Signing off on his post, John said: “Throughout the year I will deliver some of the most incredible collaborations I have produced.

"However, for now I am to reconsider what my solo music career is and will be.”

John is a huge loss to the music industry and I hope he comes back when the time is right and he’s better than ever.

Glee Lea: I'm sorry for 'being a bully'

HER Glee character Rachel Berry was sickly sweet but actress Lea Michele couldn’t have been more different, according to co-star Samantha Ware.

Samantha, who appeared in the sixth and final season of the E4 US musical TV show, has accused Lea of making her life a “living hell”. 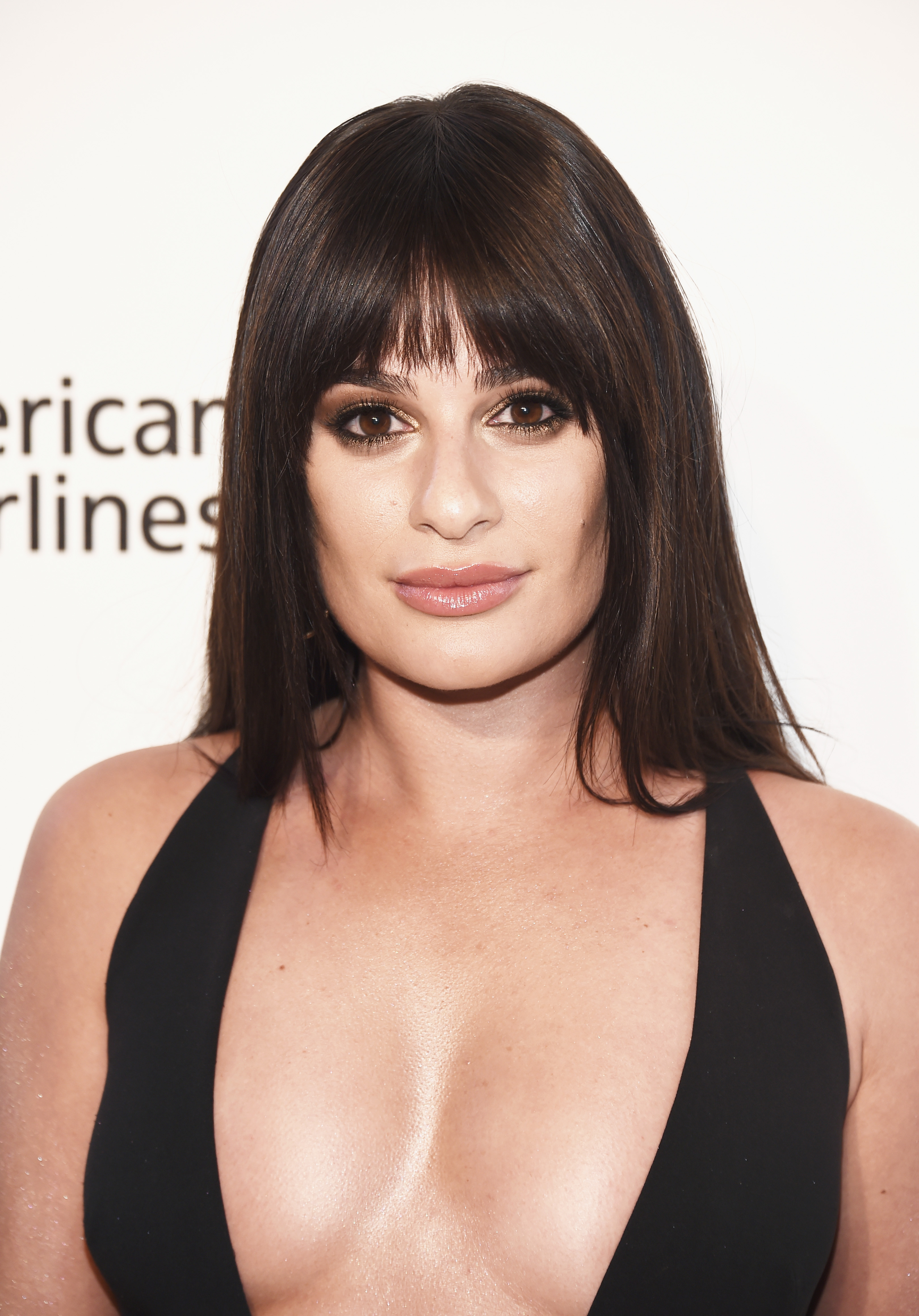 The claims have seen Lea be dropped as the big-money face of food delivery service HelloFresh and forced her into a grovelling apology.

The actress, who is expecting her first child with husband Zandy Reich, a businessman, had tweeted her support for Black Lives Matter after the death of George Floyd in the US.

But Samantha hit back: “Remember when you made my first television gig a living hell.

“Cause I’ll never forget. I believe you told everyone that if you had the opportunity you would ‘S**t in my wig!’ amongst other traumatic micro- aggressions that made me question a career in Hollywood.” 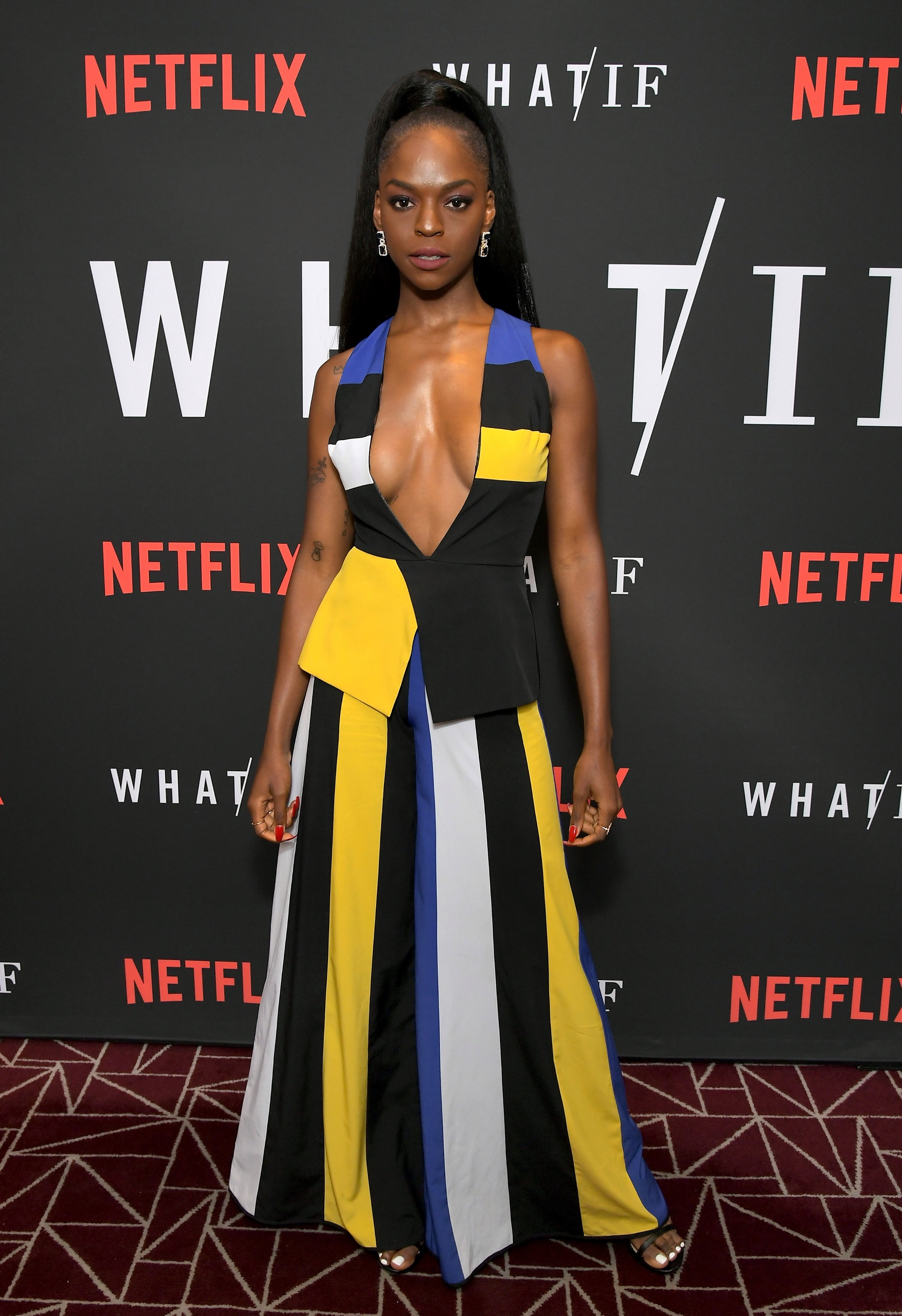 Fellow Glee actors backed up her account. Following a backlash, Lea told People Magazine: “While I don’t remember ever making this specific statement and I have never judged others by their background or colour of their skin, that’s not really the point.

“What matters is that I clearly acted in ways which hurt other people.

“Whether it was my privileged position and perspective that caused me to be perceived as insensitive or inappropriate at times or whether it was just my immaturity and me just being unnecessarily difficult, I apologise for my behaviour.”

She added: “I am a couple of months from becoming a mother and I know I need to keep working to better myself . . . so that I can be a real role model for my child. I will be better in the future from this experience.”

On The Big Lunch pod­cast hosted by Elis James and Lucy Beres­ford, Neil, who has As­p­er­ger’s, added: “Growing up my social skills were awful.”

AFTER honing her skills as a judge on the US version of The Voice, Bebe Rexha has joined NBC songwriting talent show Songland.

The American pop star looked as though she meant business in this black frilly top and trousers as she took her seat to find her next big song, which she will sing at the Tokyo Olympics in July 2021. 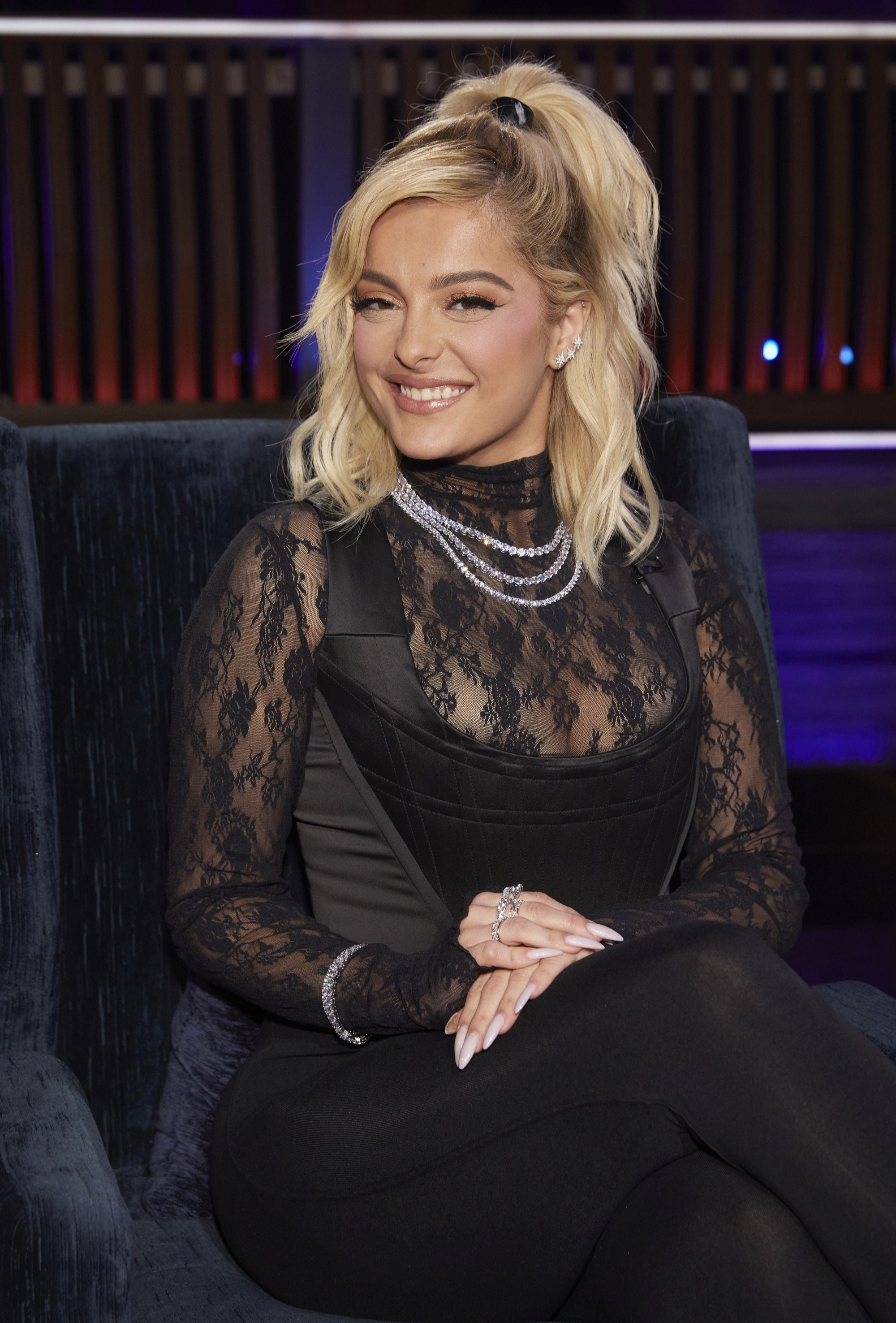 She had to pick two of four singers who auditioned.

These two wannabe stars then went off to work with producers Ryan Tedder, who has worked with Adele, and Shane McAnally, who has written for Kelly Clarkson, to create a new song for Bebe.

However, after being bowled over by both songs, Bebe decided to make a mash-up of the two.

Roll on next summer.

Christoph Honnefelder, the CEO of her Kylie Cosmetics company has quit after just six months.

It comes after reports her billionaire status was inflated

LUCIE Donlan has taken a relaxed view of the lockdown.

The Love Islander reclined against her sofa in this purple, lace bodysuit from Ann Summers’ Knickerbox range. 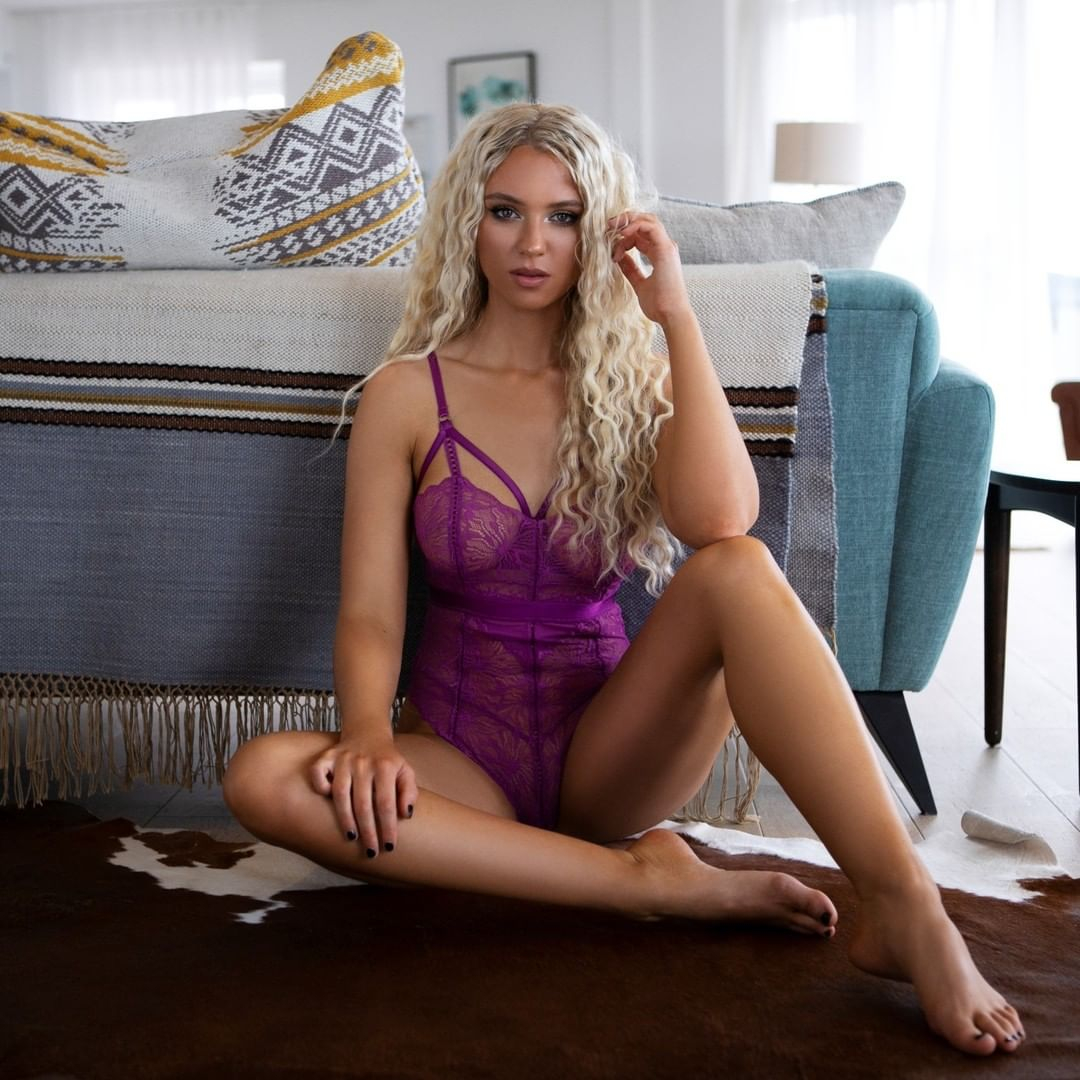 Lucie, a pro surfer, is the latest reality figure to sign up for the brand, whose previous ambassadors have included Maura Higgins and Vicky Pattison.

Getting paid to pose in your pants is a pretty good way to pass the time, I suppose.

SARAH Jessica Parker is being sued by a former boss at one of her US shoe stores for allegedly failing to pay her overtime.

TRAVIS have released their comeback single A Ghost, with the track getting its radio debut today.

Frontman Fran Healy filmed its video while in lockdown, helped by his son Clay and his drone. 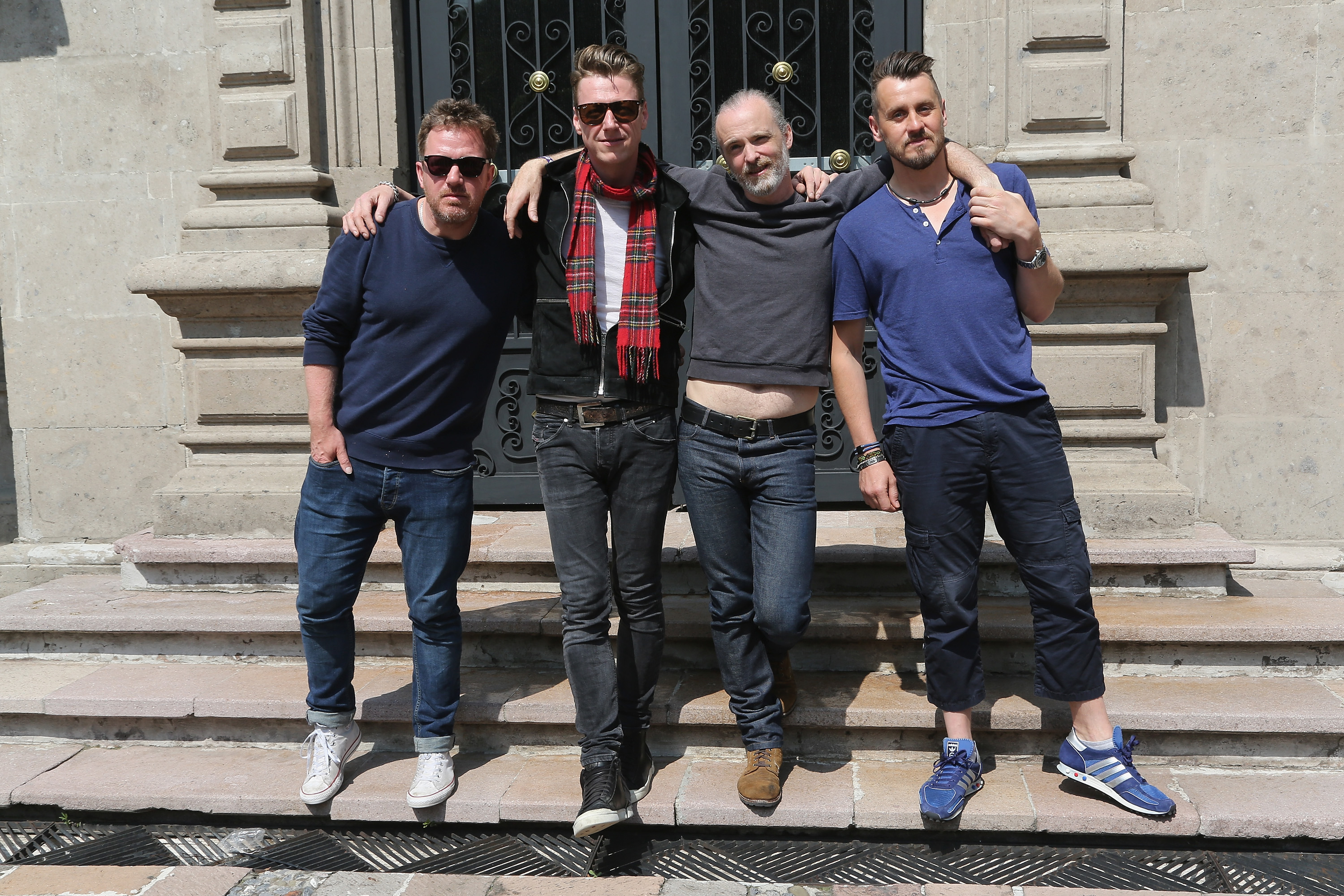 Fran said: “It was the most strange video shoot I have ever worked on, but it turned out great.”

The track is from album 10 Songs, which the group – Fran, Andy Dunlop, Dougie Payne and Neil Primrose – will release on October 9.

Fran added: “There’s a song on it called Butterflies. That’s how I think about songwriting.

“These things are floating around and you have to be very quiet, quick and very respectful. You catch them, look at them for a while, then set them free again.”

PETER Andre embarrassed his son Junior by insisting on driving his £80,000 Bentley to the local Co-op.

In a hilarious clip from the latest episode of the family’s new reality show Life With The Andres, the teen was so mortified when his dad popped the car’s roof down that he refused to go shopping with him. 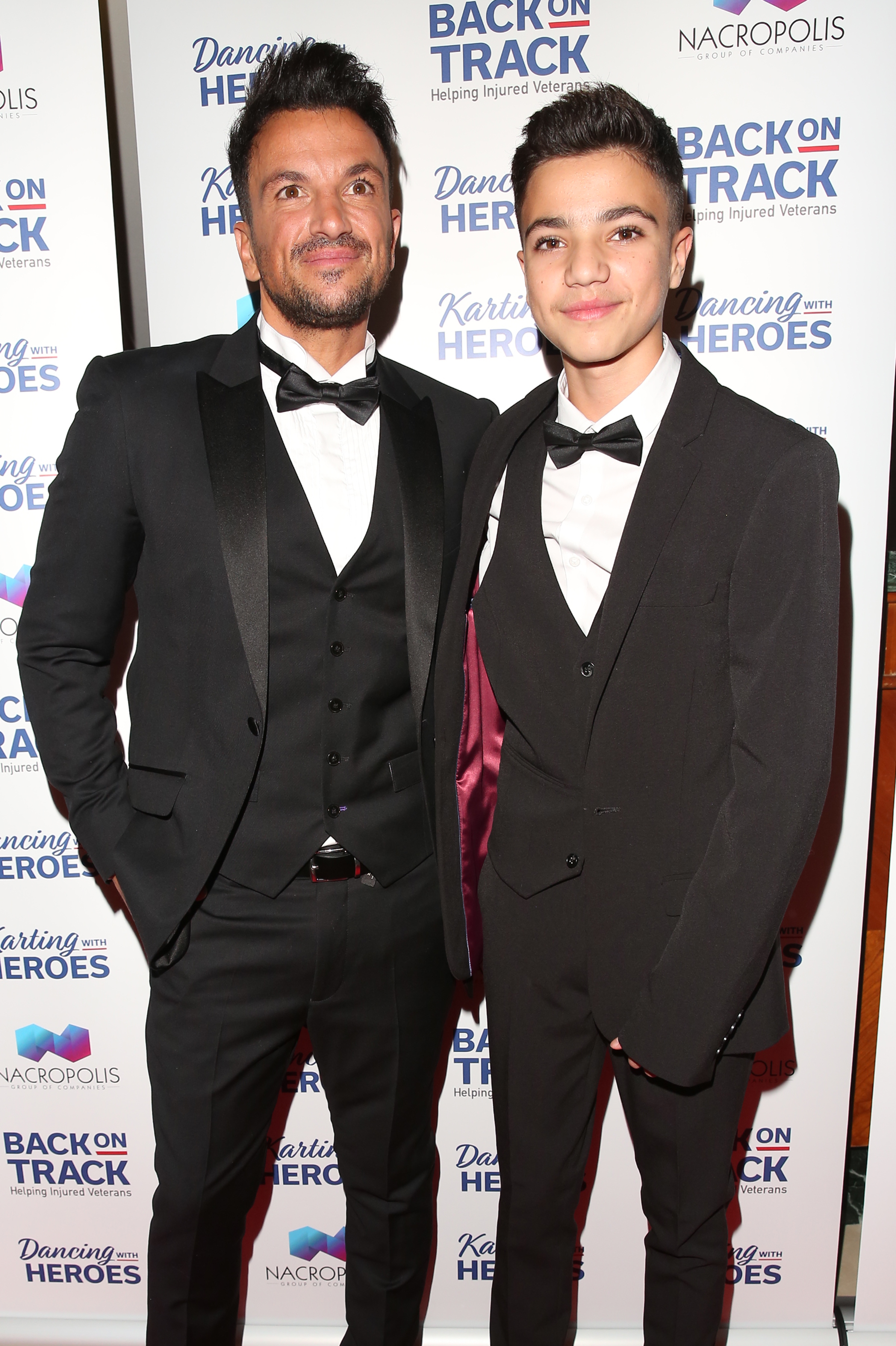 Mysterious Girl singer Peter said: “Junior has a go at me for driving to the Co-op in the Bentley with the roof down.”

Viewers will see the 14-year-old saying to his dad: “Who the hell drives a Bentley to the Co-op?”

But Peter explains: “My whole point is that I haven’t driven it for so long I just want to drive the car.” 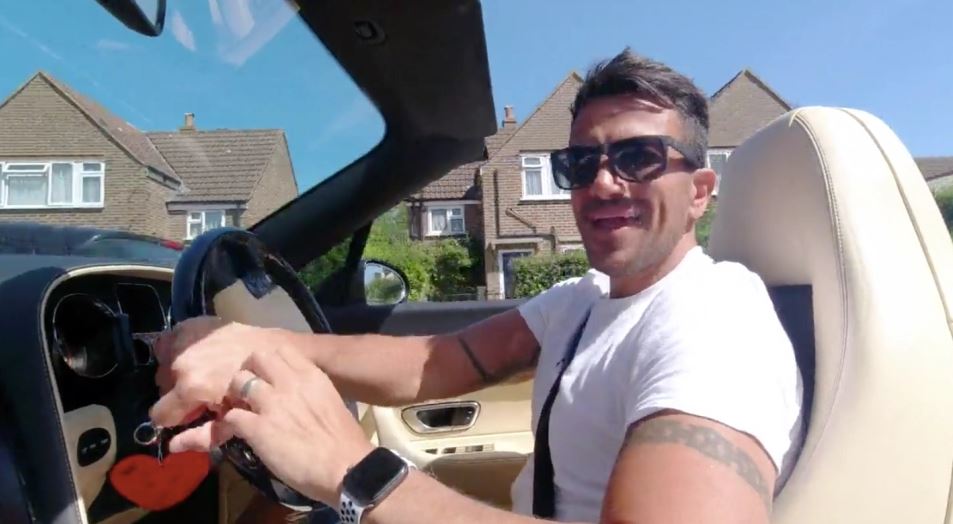 But it soon comes out that Junior is also embarrassed by the way his dad talks to people when they’re out in public.

Peter said: “He’s really embarrassed and the whole scenario around just going to the Co-op is the fact that I just love talking to everybody and that’s why Junior doesn’t want to come with me.”

The third episode of Life With The Andres is now available to watch on The Sun’s YouTube channel.

END_OF_DOCUMENT_TOKEN_TO_BE_REPLACED

END_OF_DOCUMENT_TOKEN_TO_BE_REPLACED
We and our partners use cookies on this site to improve our service, perform analytics, personalize advertising, measure advertising performance, and remember website preferences.Ok