Kanye West apologises for anti-semitic remarks, but, says he can't be cancelled

Kanye West came to blows with Piers Morgan in an explosive television interview which later saw him apologise for causing ‘hurt and confusion’ with his anti-semitic remarks.

The rapper appeared on Piers Morgan Uncensored on Wednesday night, where he said sorry when the host asked him whether he regretted threatening to go ‘Defcon 3 on Jewish people’.

At first, Kanye doubled down on his comments, declaring: ‘No, absolutely not’, but when Piers asked if he knew the comments were racist, he said: ‘Yes, that’s why I said it… I fought fire with fire. I’m not here to get hosed down.’

Before that though, Kanye locked horns with Piers, telling the presenter ‘you can’t cancel me’ as well as branding him a ‘Karen’.

Later in the programme, however, Kanye offered an apology. ‘I will say, I’m sorry for the people that I hurt with the DEFCON… the confusion that I caused,’ he said.

‘I feel like I caused hurt and confusion and I’m sorry for the families that had nothing to do with the trauma that I had been through. Hurt people hurt people – and I was hurt.’ 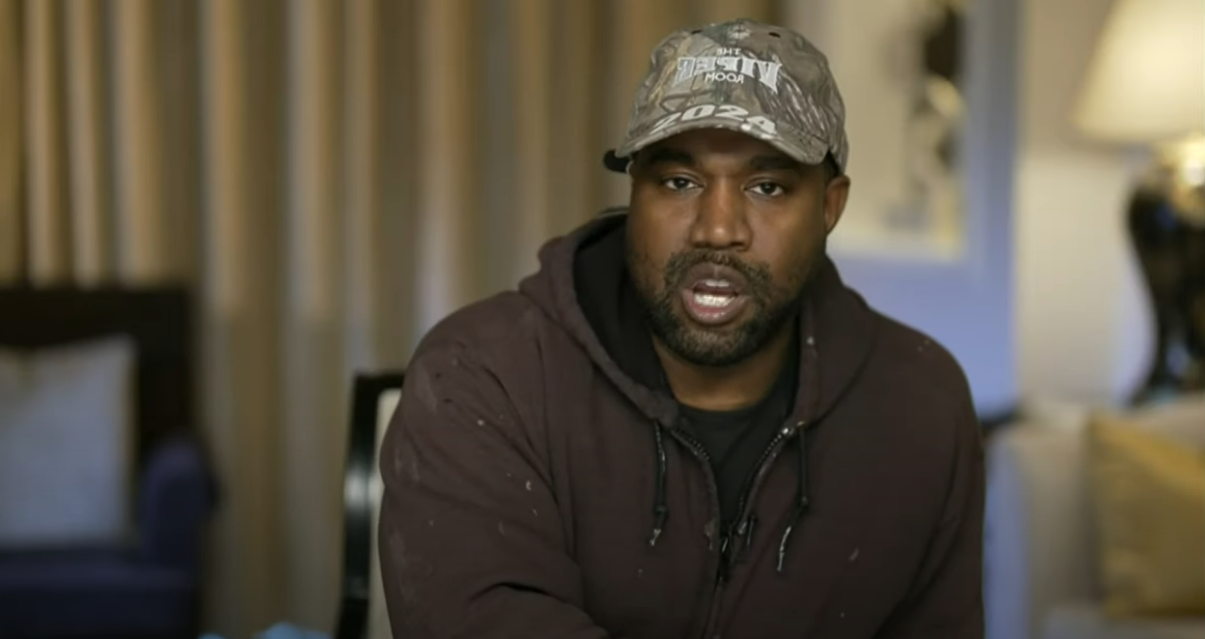 It comes after Kanye appeared on the Drink Champs podcast on October 15 and blamed ‘Jewish media’ and ‘Jewish Zionists’ for alleged wrongdoings.

He claimed Jewish people have ‘owned’ the ‘Black voice’ and that ‘the Jewish community, especially in the music industry’ will ‘take us and milk us till we die’.

Kanye is also being sued by the family of George Floyd for $250million after he said on the podcast the police brutality victim was killed by the drug fentanyl and that the police officer’s knee ‘wasn’t even on his neck like that’.

Floyd was murdered during an arrest when Derek Chauvin, one of four police officers who arrived on the scene of a suspected burglary, knelt on his neck and back for nine minutes and 29 seconds.

Kanye had slated by the Black Lives Matter movement for parading a White Lives Matter T-shirt at Paris Fashion Week.

He has stood his ground over the top, and in an interview given to Fox News Channel’s Tucker Carlson Tonight he said it was a product of his ‘connection with God’ and ‘energy’ that he channels which is ‘just brilliance’.