KARDASHIAN critics have accused Kim of having 'another nose job' after watching a new TikTok video.

Kim, 42, shares a TikTok profile with her eldest child North, and they regularly post clips of them together. 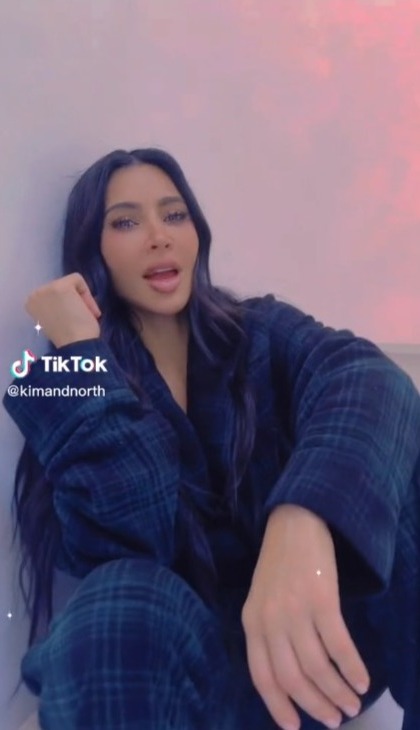 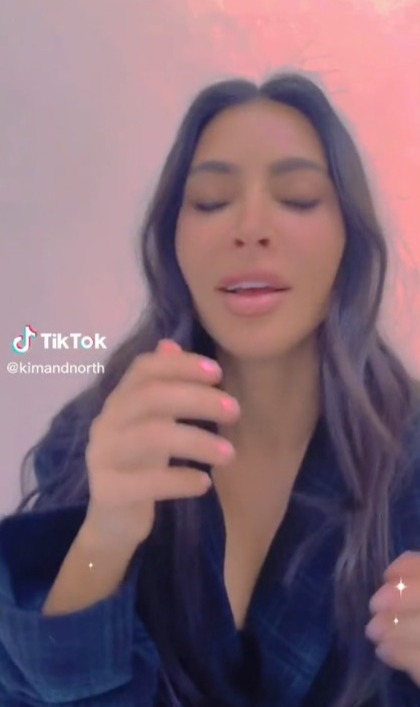 On December 26, North uploaded a video that begins with her mom sat on the stairs as she lip-syncs to a famous line from the movie Mean Girls.

Wearing a pair of her plaid SKIMS pajamas, Kim still manages to look glamorous as she mimics: "I can't go out, I'm sick," and coughs.

The clip then cuts to nine-year-old North strutting down the hallway in Kim's huge mansion, and she's also wearing the same plaid nightwear.

Kim then struts her stuff towards the camera, but this time she was wearing a black crop top with matching bottoms and an oversized cardigan. 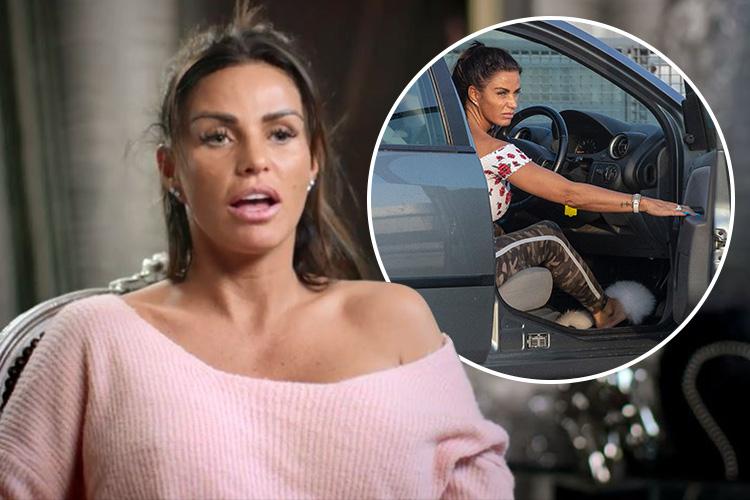 The video ends with the mom-of-four sat by a window as she appears to be deep in thought, and the words 'Merry Christmas' appear on the screen.

Sharing a screenshot of Kim from the video on Reddit, one person asked: "Recent nose job right?"

"It’s impossible to tell with filters," one person replied, as another commented: "She's so filtered it's hard to tell."

A third person joked: "I remember when you couldn't see straight up her nose. Ahh, those were the days."

PUT A SOCK IN IT

"It looks crooked," a fourth person claimed, while another suggested: "I think it’s cheek fillers, making her nose look smaller."

Other Reddit users were convinced that Kim has had more surgery on her nose.

"Definitely. Her nose is giving Paris Hilton now," one claimed.

Another wrote: "God yes, she looks like she can hardly f**king breathe through it now, her mouth is constantly hanging open. I hate it. I hate bad nose jobs so much though."

And someone else added: "In her recent interview she 100% had a nose job or something, it's ridiculous how tiny it is. I've never noticed it about her before."

Though Kim looked happy to be spending time with daughter North as they filmed the TikTok together, she's had her own share of struggles as of late.

In a new interview with Angie Martinez IRL Podcast, the emotional The Kardashians star opened up about her struggles with motherhood.

She discussed how she's protected ex Kanye West, 45, "in the eyes of my kids," all while the hitmaker has said and done shocking things in recent months.

"I had the best dad," she said about late father Robert Kardashian Sr. before bursting into tears.

Kim explained that she had the "best memories" and "greatest experience" with her father growing up.

She continued: "That's all I want for my kids. That's what I would want for them."

The TV star she made it clear she wants to protect North, nine; Saint, six; Chicago, four; and Psalm, three; from "heavy, heavy grown-up s**t."

"They're not ready to deal with it," she concluded. "And when they are, we'll have those conversations, and I'll be so prepared." 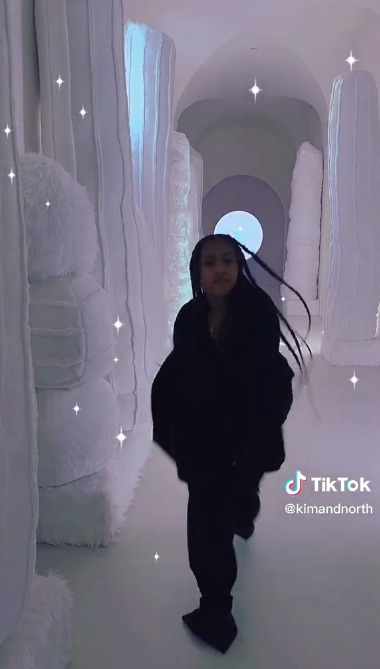 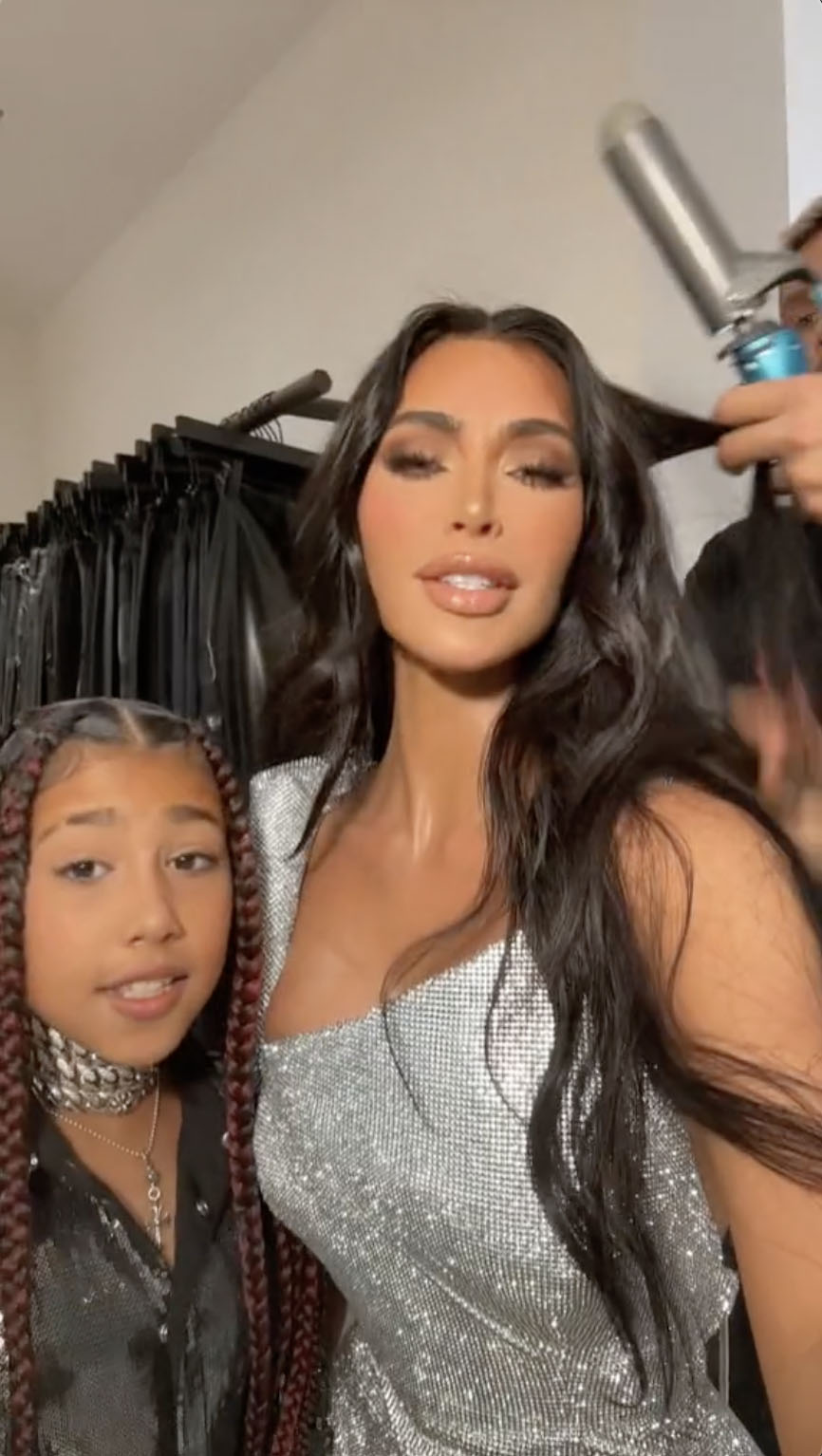