KATIE Price's son Harvey is shown looking delighted after she surprised him with two of his favourite things.

The 42-year-old reality star is shown surprising the 18-year-old lad with Christmas baubles in the shape of a train and a frog. 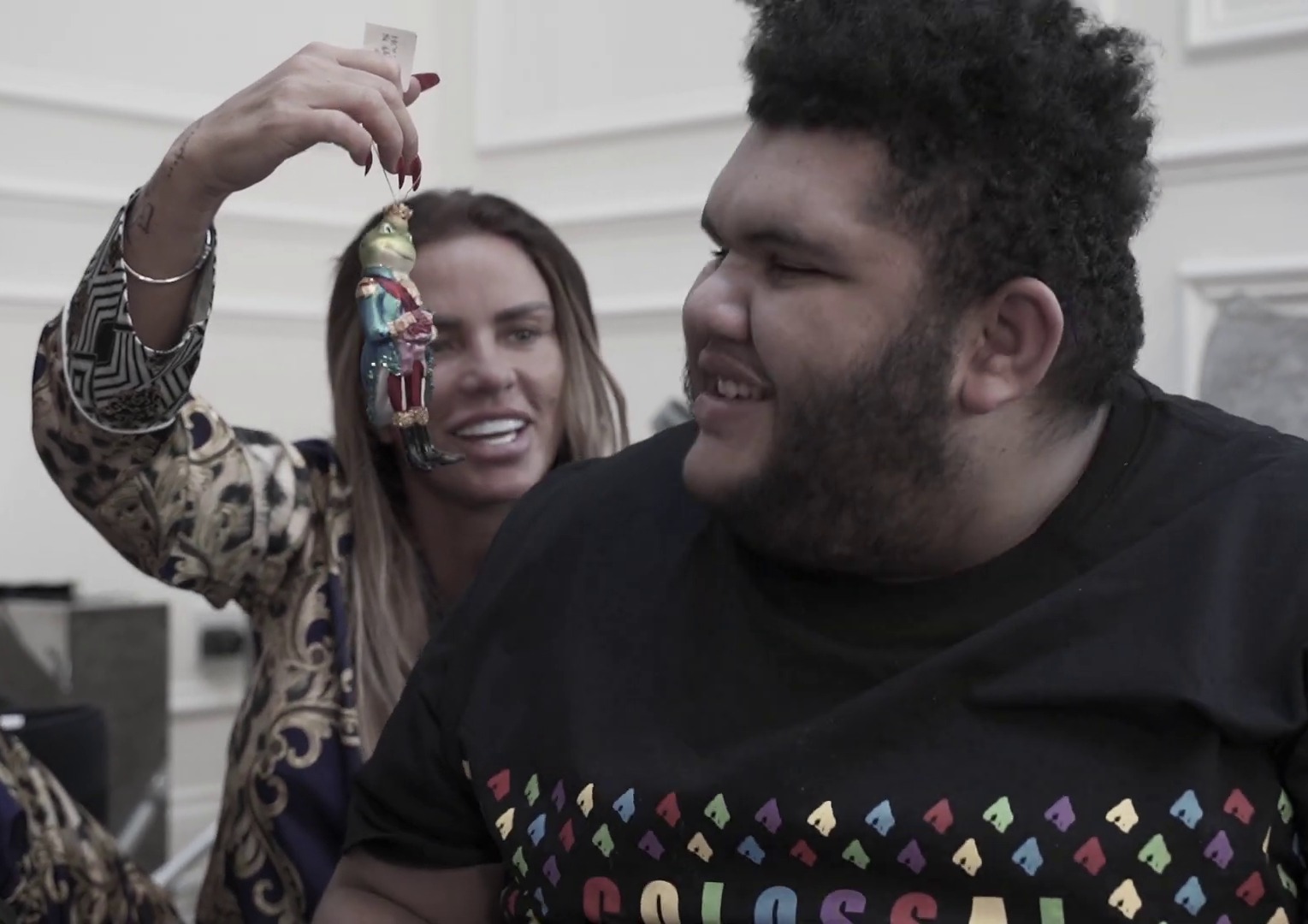 He is seen grinning from ear to ear when Katie holds up the festive frog, saying: "Look, he's all dressed up for Christmas. What do you think, Harv?"

The disabled teen was shown nodding vigorously in a new YouTube video where Katie and Carl go shopping for festive decorations.

Harvey, who has the rare genetic condition Prader Willi syndrome, was shown what his mum was shopping for over FaceTime earlier.

He is shown in bed as Katie tells him: "These are to go on the tree – what do you think?" 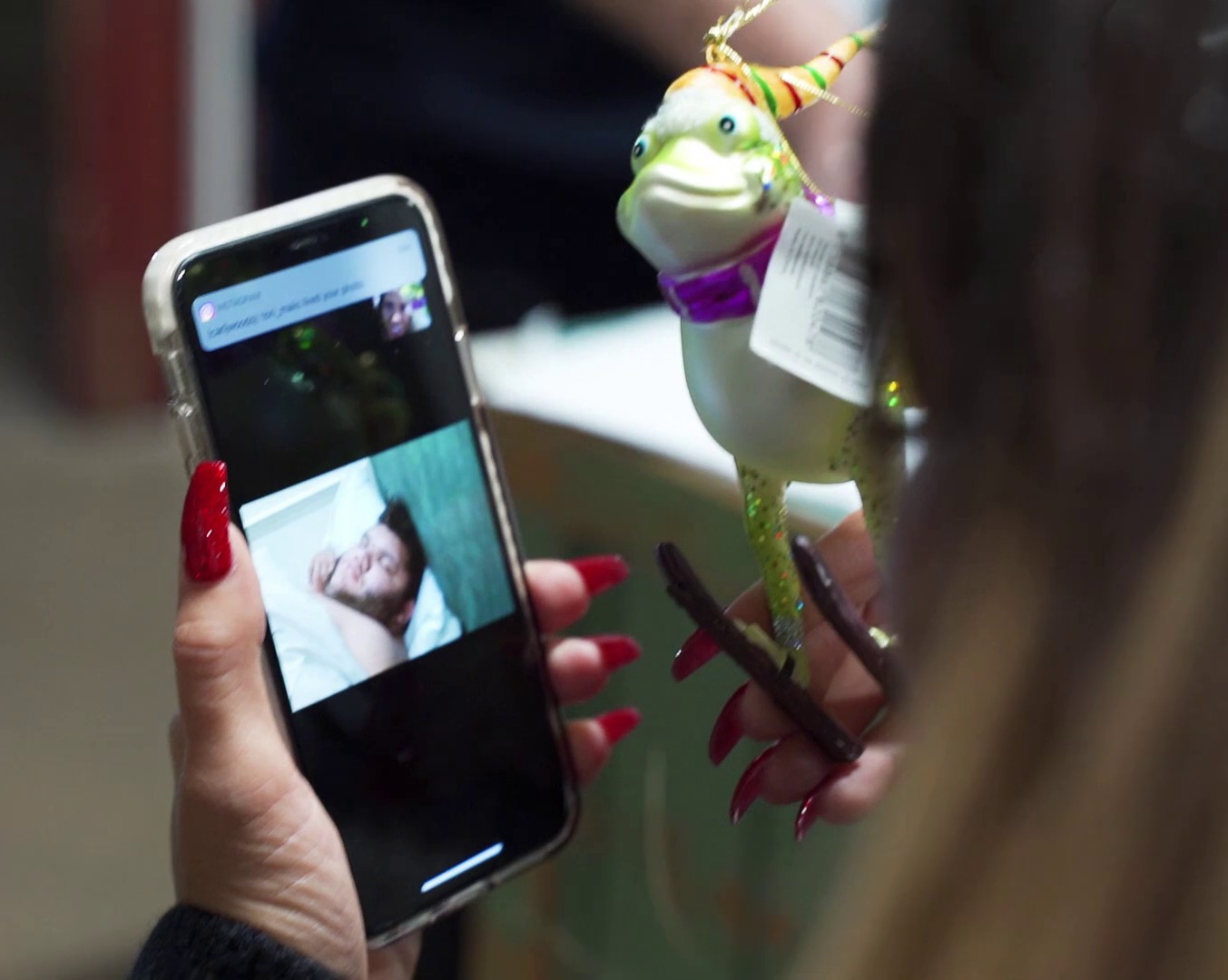 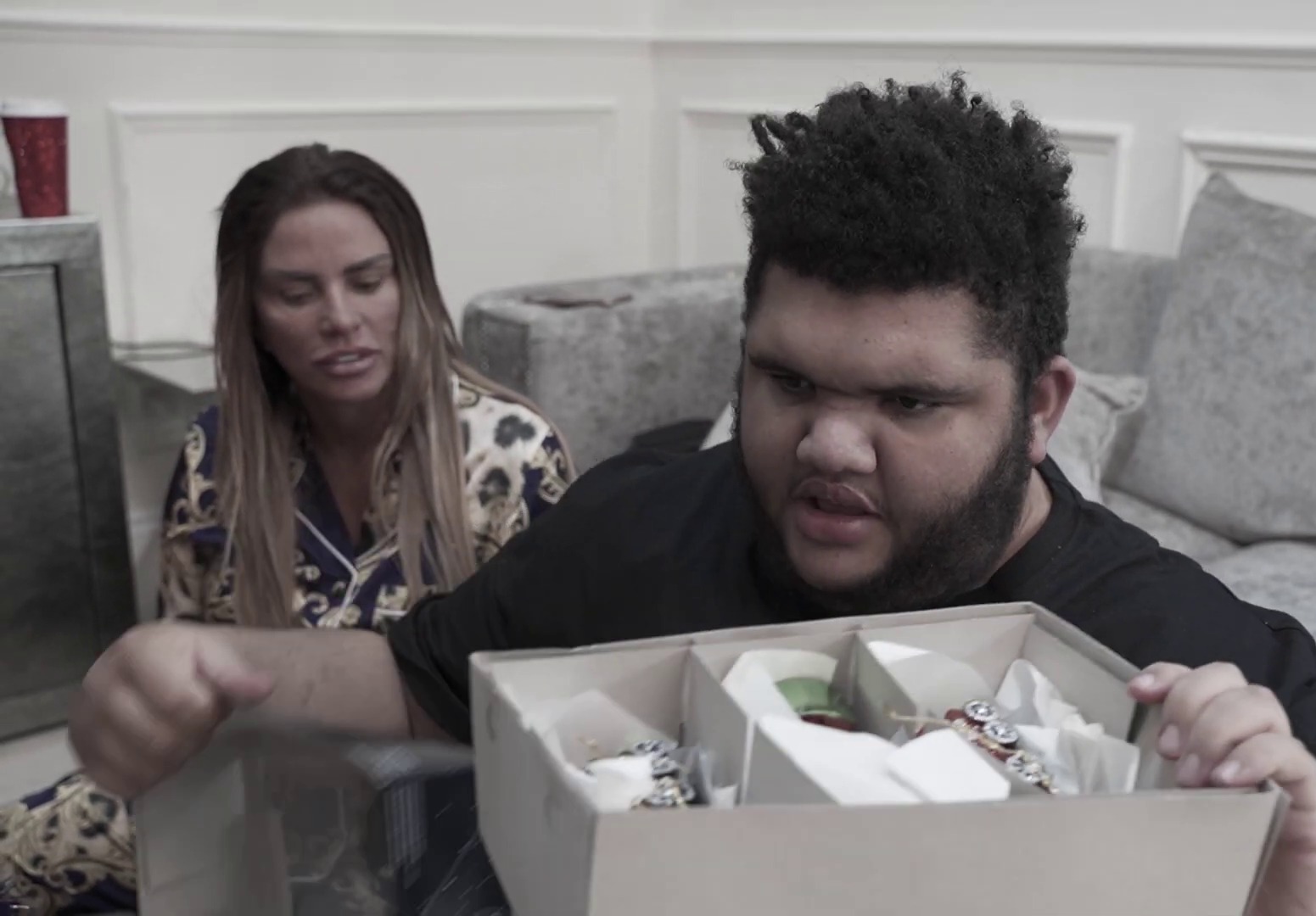 Harvey's medical condition has an impact on his weight, and earlier this month Katie told The Sun he was on the brink of reaching 29 stone.

She explained that she had been forced to padlock the family fridge to stop him bingeing in the night and also has to lock the kitchen cupboards.

Katie explained: "It’s a cruel and horrible illness where he feels hungry all the time — and if he doesn’t get food he gets angry. It’s hard work.

"It's not what he eats in the day, it’s what he eats when I don’t see him. I’ve tried hiding food but he’ll find it."