Katla has just arrived on Netflix and the dystopian series follows the few residents who remain in the abandoned town. The townsfolk and a team of researchers are looking for answers as those who were presumed dead seem to reappear. Fans are keen to know which Grima died at the end of the series.

Which Grima died in Katla?

Katla is set a year after the active volcano erupted and it had already caused so much devastation.

The town of Vik was left covered in ash, with just a small number of stubborn residents left.

Grima (played byGuðrún Eyfjörð) was one of the rescue workers who was called to investigate the appearance of a strange woman.

The ash-covered woman was believed to be a hotel worker called Gunhild (Aliette Opheim), but the real Gunhild turned up later on.

The ash-covered Gunhild could not remember how she came to be in the town or how she ended up in this state. 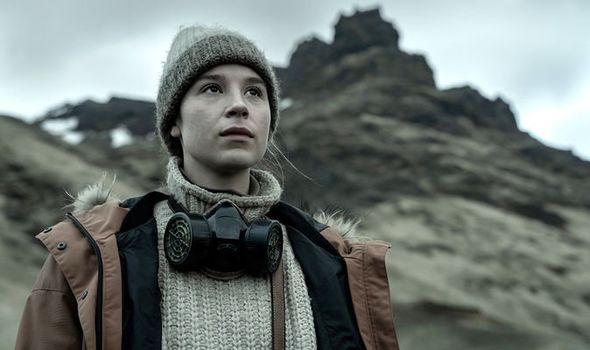 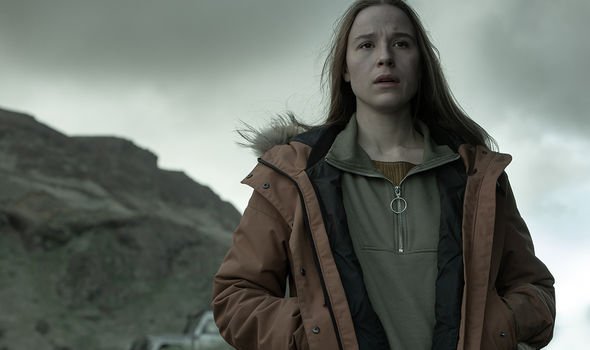 Later on in the series, Grima discovers another young girl covered in black ask, who also says she is Grima.

The real Grima tried to get answers out of her ash-covered counterpart, and there is a theory that a meteor is causing the creation of the ash-covered characters.

Grima then went to break the news to the ash-covered imposters that they were not residents in the town.

When she went to confront ash-covered Grima, they opted for a game of Russian Roulette to decide who would get to live.

In the final moments, Grima is seen with her husband and father, looking happy. 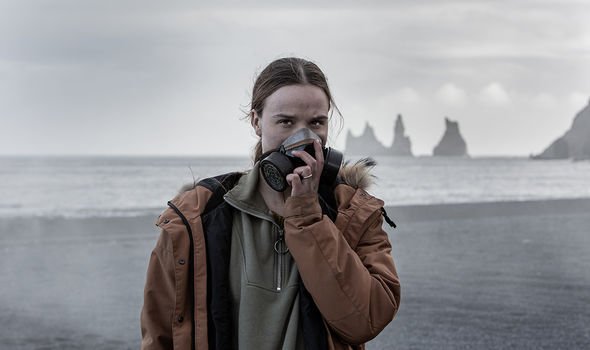 Fans were left wondering which of the Grimas took their own life at the end.

The real Grima was seen wearing brown, whereas ash Grima was wearing a blue top in the final moments.

However, fans were unable to see who pulled the trigger, and they have been trying to work it out.

Both Grimas start off with an empty chamber, with the real Grima surviving the fifth shot.

This means the losing shot was taken by ash Grima, suggesting the real Grima survived. 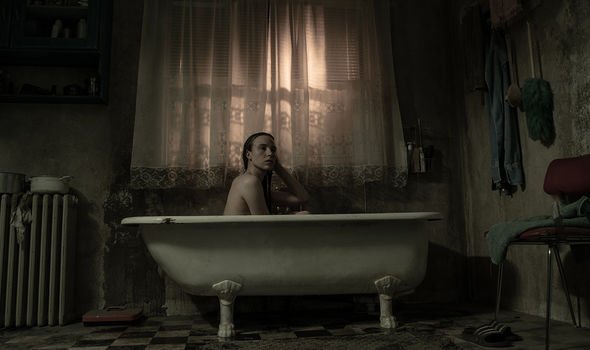 At this moment in time, the series has not been renewed for a second season so fans will not find out for certain just yet.

Fans have taken to Reddit to discuss who they believe ended up with the fatal shot at the end.

One said: “I get the parallels between the two Grimas and that Kjartan would’ve been better off with the changeling.

“But the gunshot scene was weird. They made it seem like the 5th shot was the original Grima and the final shot was the changeling who died.

“But the last scene was set up to show the opposite. Also didn’t like the final scene with multiple changelings appearing out of the ash. Season 1 should have its own proper ending.”

Other reports have suggested it is the real Grima who survives the game and the imposter takes the fatal shot.

Thereviewgeek.com concluded: “Grima then heads home and plays a game of Russian Roulette with the changeling Grima.

“She’s determined to let fate decide their outcome. The real Grima survives this deadly game, with the changeling taking the final, fatal shot.”

Katla is airing on Netflix now.