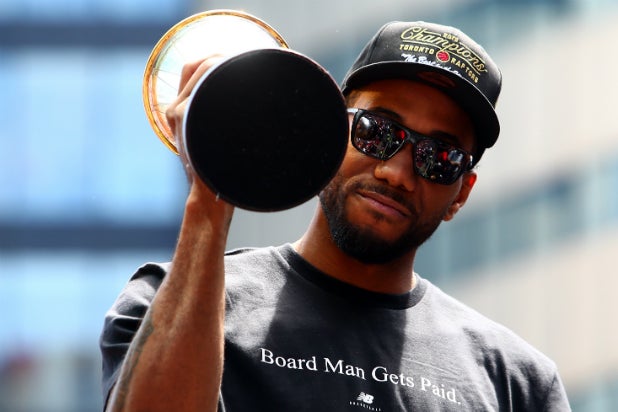 L.A. basketball just got even more interesting: Kawhi Leonard (pictured above) and Paul George are both set to join the Los Angeles Clippers, according to the New York Times.

Leonard, a highly coveted free agent, recently carried the Toronto Raptors to their first NBA Championship. George will arrive via trade from the Oklahoma City Thunder.

The Clippers offered Leonard a four-year deal valued at $142 million. The Raptors were able to offer Leonard the most money.

The Thunder also gets guard Shai Gilgeous-Alexander and forward Danilo Gallinari. Yeah, George was an expensive commodity. It’s been that kind of market since the NBA Finals ended in June.

The Los Angeles Lakers, who share the Staples Center with the Clippers and also wanted Leonard, got Anthony Davis earlier this offseason. Davis joins LeBron James on their own formidable Western Conference team. Across the country, the Brooklyn Nets scored Kevin Durant and Kyrie Irving, shaking up the East.