Killing Eve season 2 ending explained: What happened at the end?

The BBC has announced that Killing Eve may have more series to come, but fans are still reeling from the events of the end of season two. The Killing Eve series two sees Villanelle (played by Jodie Comer) betray Eve Polastri (Sandra Oh) in the most brutal way possible. Carolyn Martens (Fiona Shaw) also emerges of somewhat of a villain at the end of Killing Eve season two.

What happened at the end of Killing Eve season 2?

WARNING: The following contains spoilers for the ending of Killing Eve season 2

This shock ending comes after an episode of shifting loyalties and betrayals.

The start of the Killing Eve season two finale sees Villanelle and Eve heading to Rome to get closer to nasty billionaire Aaron Peel (Henry Lloyd-Hughes) and discover more about his secret weapon.

HOW MANY EPISODES ARE IN KILLING EVE SEASON 2? 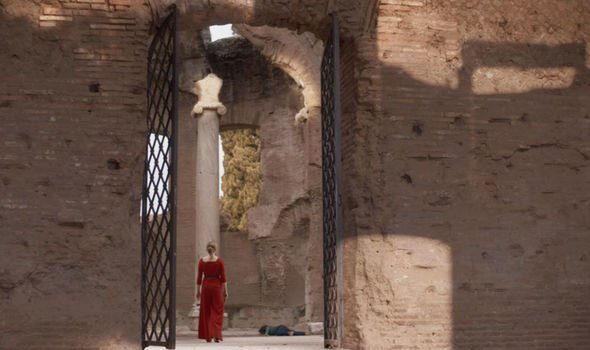 Eve’s boss Carolyn Martens (Fiona Shaw) has given them one command – not to kill him.

Villanelle being Villanelle, of course, she does kill him, slitting his throat in front of Eve.

However, it then turns out this was exactly Carolyn’s plan.

She ordered Villanelle not to kill Aaron knowing that she would do exactly this, laying the blame for his death not on MI6 but on The Twelve, the shadowy organisation that previously employed Villanelle.

WHO IS IN THE CAST OF KILLING EVE SEASON 2? 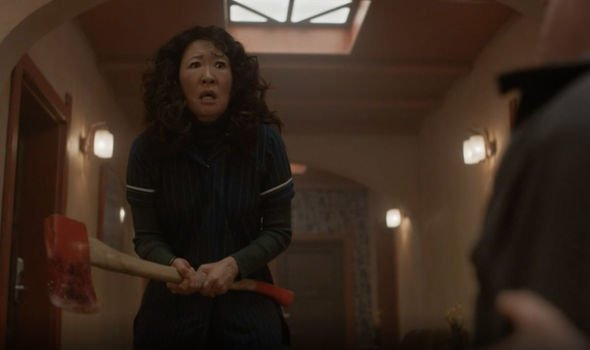 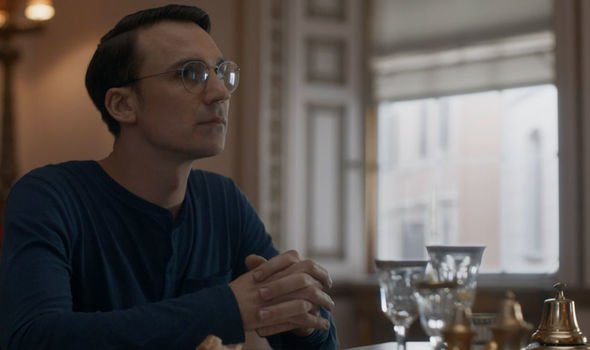 Eve is disgusted Carolyn could use her as a pawn in her scheme and resigned from MI6.

Prior to Aaron’s death, he reveals The Twelve are interested in buying his weapon and have sent Eve’s former handler Raymond (Adrian Scarborough) to bargain with him.

Raymond later turns up at Eve’s hotel to try and kill Villanelle.

Eve finds them together and, with Villanelle’s encouragement, kills Raymond with an axe.

WHERE WAS KILLING EVE SEASON 2 FILMED AND SET? 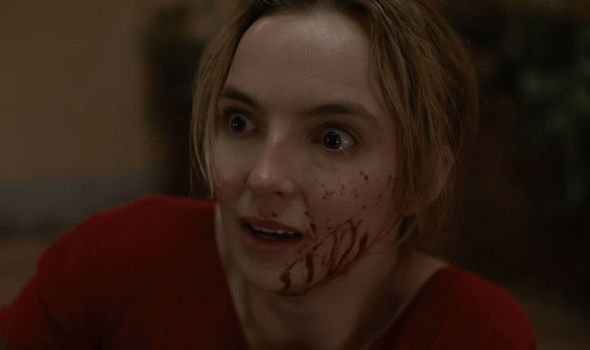 However, it is then revealed Villanelle had a gun the whole time and could have killed Raymond herself.

Instead, though, she let Eve kill him in an attempt to prove she was the same as Villanelle.

When she discovers this, Eve tells Villanelle she doesn’t love her and walks away, causing Villanelle to shoot her.

Eve is not the only person to get shot in the episode, however, as Hugo (Edward Bluemel) also got shot in the lead-up to Eve going to Raymond’s villa.