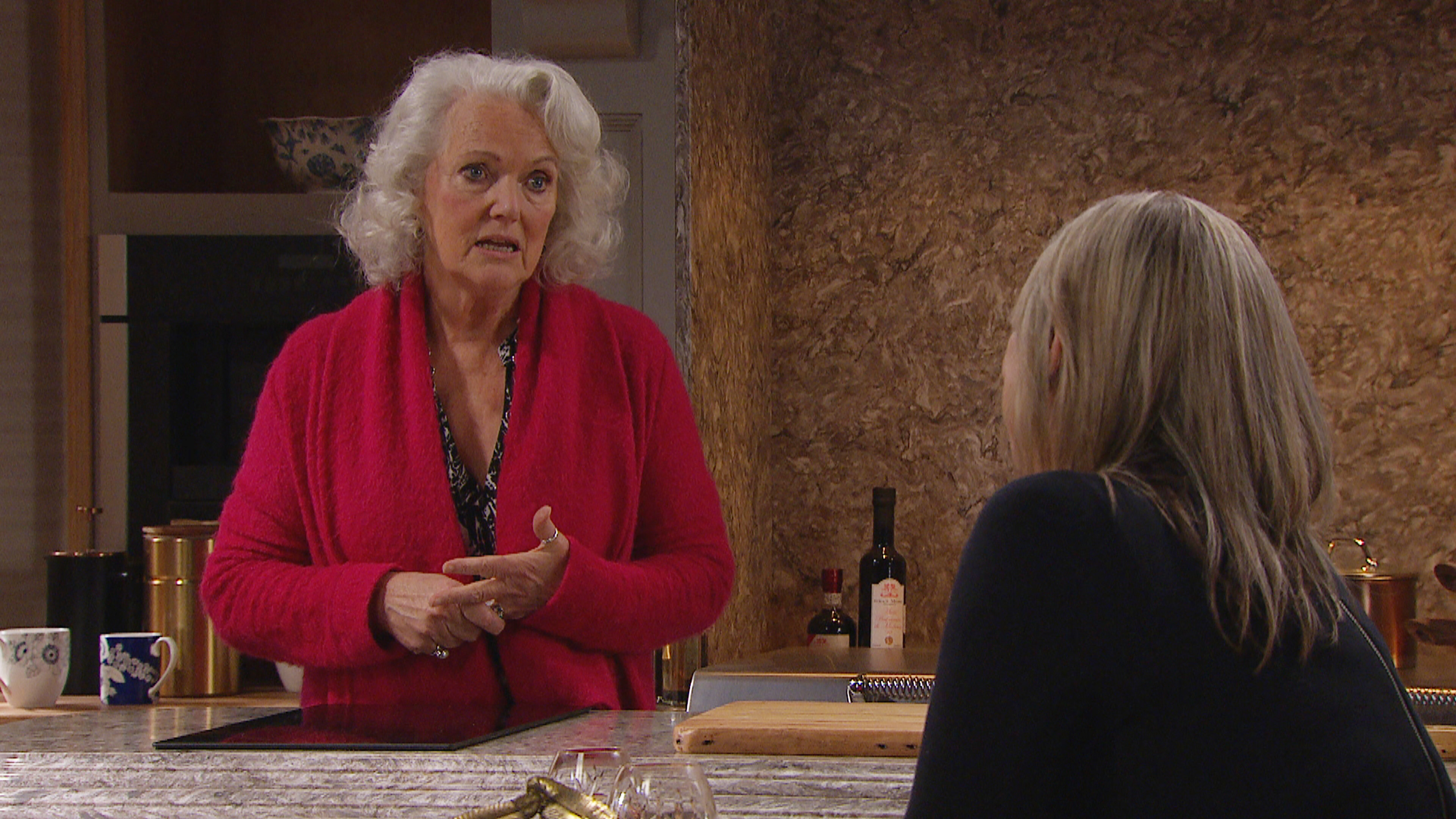 Mary Goskirk (Louise Jameson) came out as a lesbian soon after her arrival in Emmerdale – much to the initial shock of her daughter, Rhona (Zoe Henry). At the time Mary said that she’d had a loving friendship with her neighbour which at one point she hoped might become something more, but the neighbour died of covid.

Since then Mary hasn’t had a romantic relationship at all, if you don’t count a drunken kiss with Vanessa (Michelle Hardwick) – and as far as Mary’s concerned, that embarrassing episode is best forgotten.

So in an effort to try to meet someone special she’s decided to have a go at dating apps, but finds it all a bit of a struggle. Her first date is a disappointment when she turns out to be nothing like Mary is expecting. She decides to give it a go, but knows that it’s going nowhere.

Mary decides she’ll give the dating app another try, but this time the result is even worse than the first one because they don’t even turn up.

Ready to give up, Mary confides in Kim (Claire King) about her terrible experience thus far. When Mary first came out, she and Kim struck up a lovely friendship that we’re delighted to see more of – and so is Louise Jameson.

So what does Kim advise? Mary just needs to have more confidence, she says, never having lacked that particular quality herself.

Will channelling Kim’s confidence go well for Mary? As she sets up her third date we can only hope so.