Both Kim and Kanye posted on their social media accounts this year's family holiday photo and followers quickly noticed something seemed off in the picture. 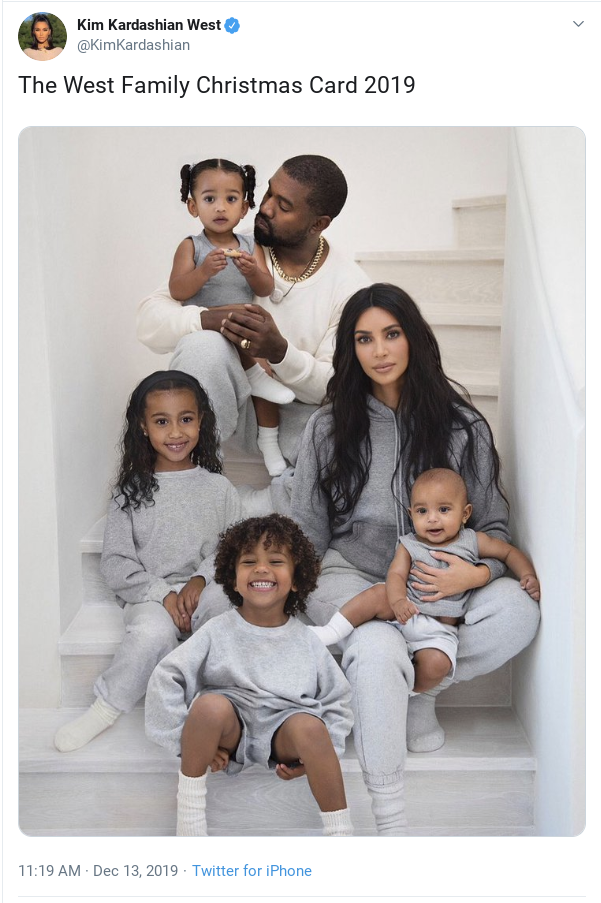 In the picture, the family of six is seen wearing gray loungewear while sitting together on their home's staircase.

Unlike the rest of the family, Kanye is wearing an all-white outfit and gold jewelry.

North and Saint are both sitting on the steps, while Chicago sits on Kanye's knee and Psalm sits on Kim's lap.

Although many followers and friends of the family praised the beautiful picture, some eagle-eyed followers noticed the picture didn't look quite right.

One person commented on the Twitter post: "Y'all really need to get a better editor. The photoshopping is always a mess."

Another said: "Why [do] all the kids look like stickers?"

While another follower wrote: "Who photoshopped North in? The lighting looks … different."

To which, a fan responded: "I was looking for this comment, this [definitely] looks photoshopped." 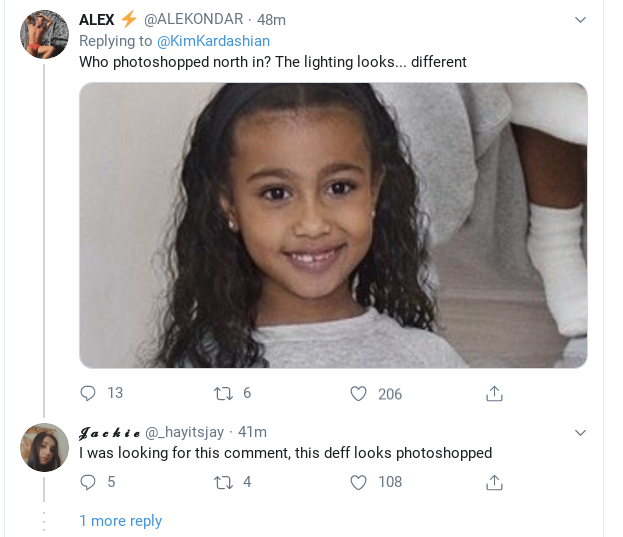 A Photoshop expert agreed with the fans' speculations.

Sun Online spoke to Ruthie Darling, a professional photographer, to see if the picture had really been edited.

She said: "Though this is a beautiful image, and props to the photographer, I would say there are definite signs of 'photoshoppery' going on here.

"The first tell are the skin tones. If you look at Kim's face it is all the same color, it appears as if her skin has been 'painted on,' that's because it has been."

She further explained how she knew: "It's a technique I use myself where you select the skin tone using a 'color picker' and then painting it all over the face with the Photoshop 'brush' tool so that the skin appears even.

"No one's skin is that perfect, not even yours, Kim." 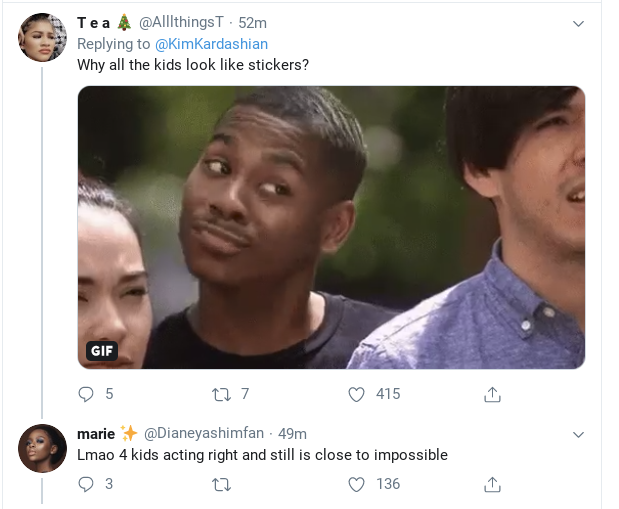 The New York City-based photographer also talked about why everyone looked "like stickers" as one follower wrote.

She said: "The second 'tell' is that everyone is in sharp focus. This usually means that the photo is a composite of several shots spliced together.

"This is not an unusual thing to do when shooting with kids as it's hard to capture everyone sitting still and looking cute all at the same moment.

"The photographer probably took several shots and layered them together to create this one 'perfect' image."

When it came to lighting around each family member, Ruthie said: "Kim has a shadow to her right, which is normal in a photo – the light hits and the shadow forms.

"Maybe he's just so Godlike that he doesn't cast a shadow? I'm sure that would be his take on the matter." 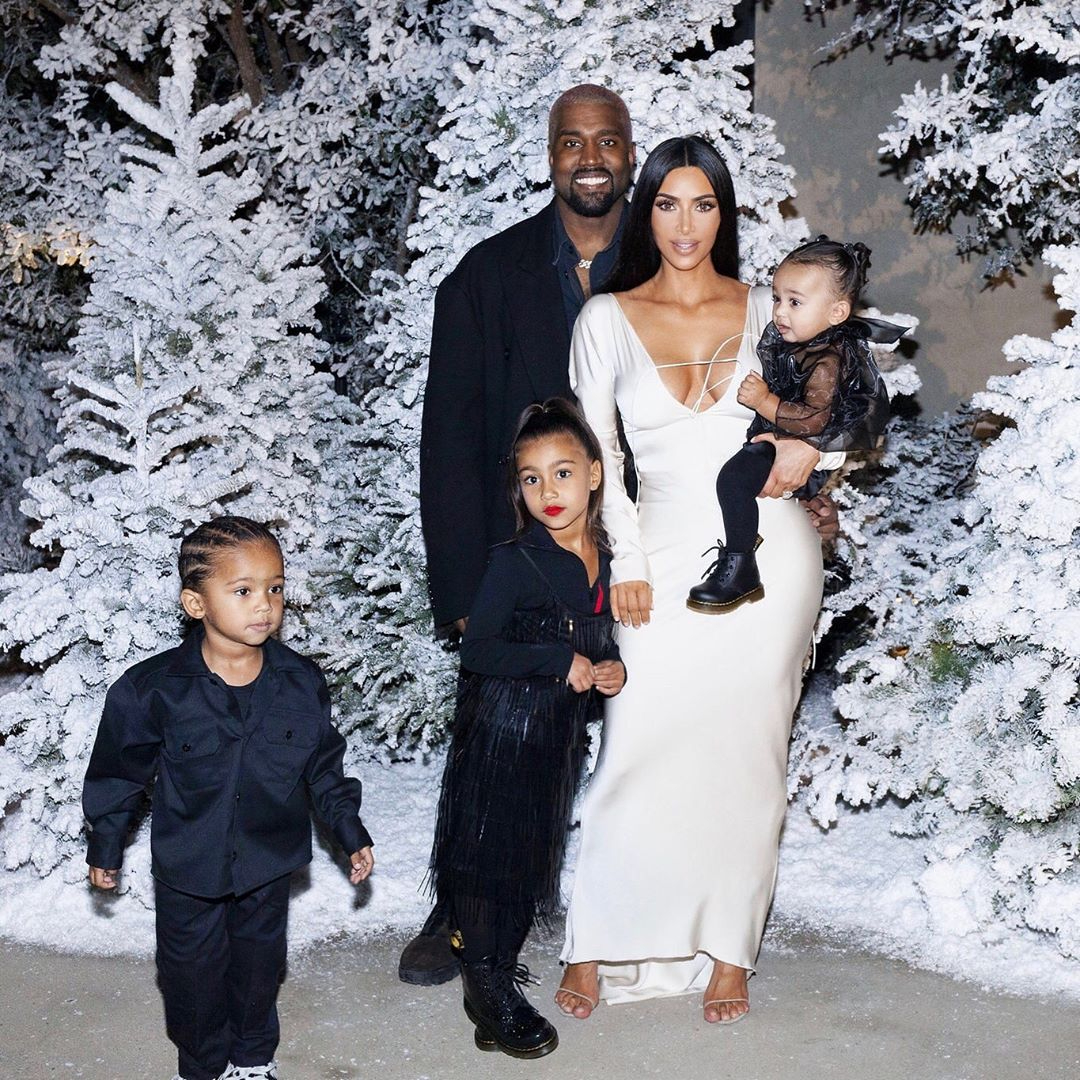 This isn't the first time Kim has been accused of Photoshopping herself and even her children.

Fans have ripped through Kim's Instagram, accusing her of editing shots to crop herself into group photos and have a smaller backside.

There's even one picture (below) where her face shape appears to have been altered.

My @kkwbeauty 90’s inspired Matte Smoke & Matte Cocoa Collection just dropped!!! The collection features 2 10-Pan Eyeshadow Palettes, 6 Lipsticks in a brand new matte formula, 6 Lip Liners and 5 Eyeliners. These warm and cool-toned color ranges are perfect for your everyday makeup look. Shop the collection at kkwbeauty.com and enjoy free shipping for the entire month of August on all $50+ domestic orders!!

My @kkwbeauty 90’s inspired Matte Smoke & Matte Cocoa Collection just dropped!!! The collection features 2 10-Pan Eyeshadow Palettes, 6 Lipsticks in a brand new matte formula, 6 Lip Liners and 5 Eyeliners. These warm and cool-toned color ranges are perfect for your everyday makeup look. Shop the collection at kkwbeauty.com and enjoy free shipping for the entire month of August on all $50+ domestic orders!!

She hasn't been the only Kardashian-Jenner who has been accused of Photoshopping pictures of themselves doing seemingly everyday tasks.

Kourtney, Khloe, Kendall, Kylie and even their mom turned manager Kris have been caught with warped surroundings, along with missing and disproportionate limbs, suggesting pictures have been edited.

This Christmas card is also far cry from the family's usual holiday greeting. Past holiday cards have typically included the whole Kardashian clan.

This year, it seems like Kim opted for a simple card with just her husband and children. 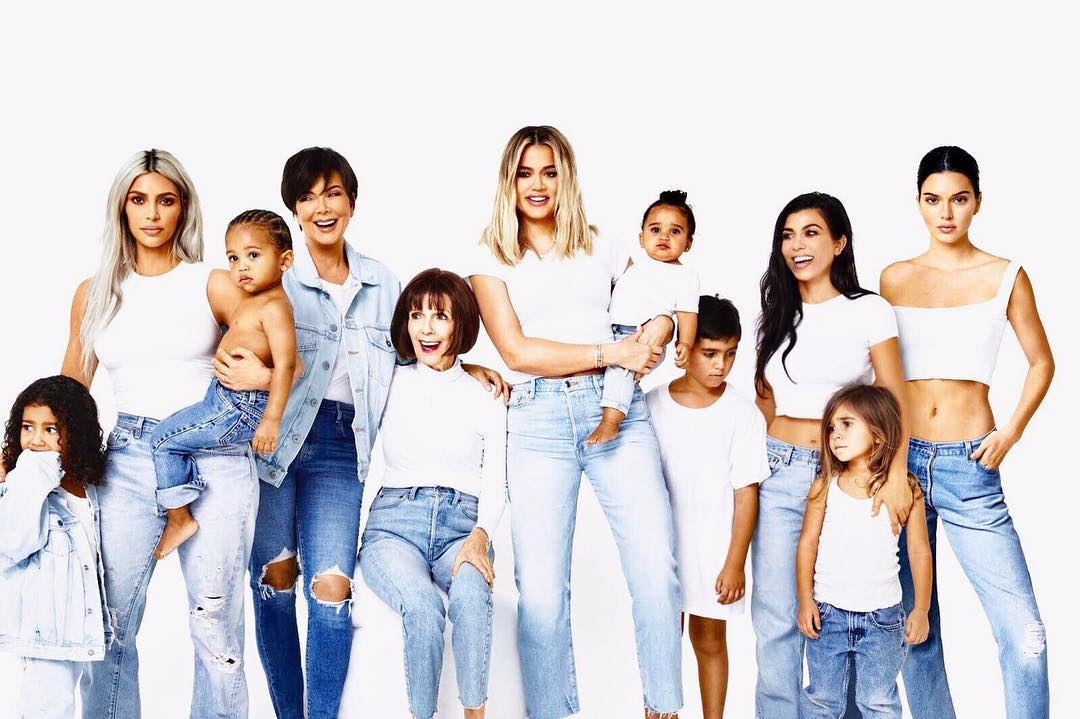