Twilight is notably written by Stephenie Meyer who’s been pretty open about her religion and is also for an audience of tween and teenage readers. On top of that, the main characters aren’t hyper-sexual beings; the books don’t have a ton of sex, to put it plainly. That’s not to say there isn’t any sensuality. On the contrary; there is a lot of sexual tension, especially on Bella’s end, especially as she and Edward’s relationship progresses.

With that said, though, Bella and Edward do end up having sex, and it becomes a major plot point in Breaking Dawn. And when it came time to filming that for the movie components, one can only imagine how that must have felt for Kristen Stewart and Robert Pattinson. 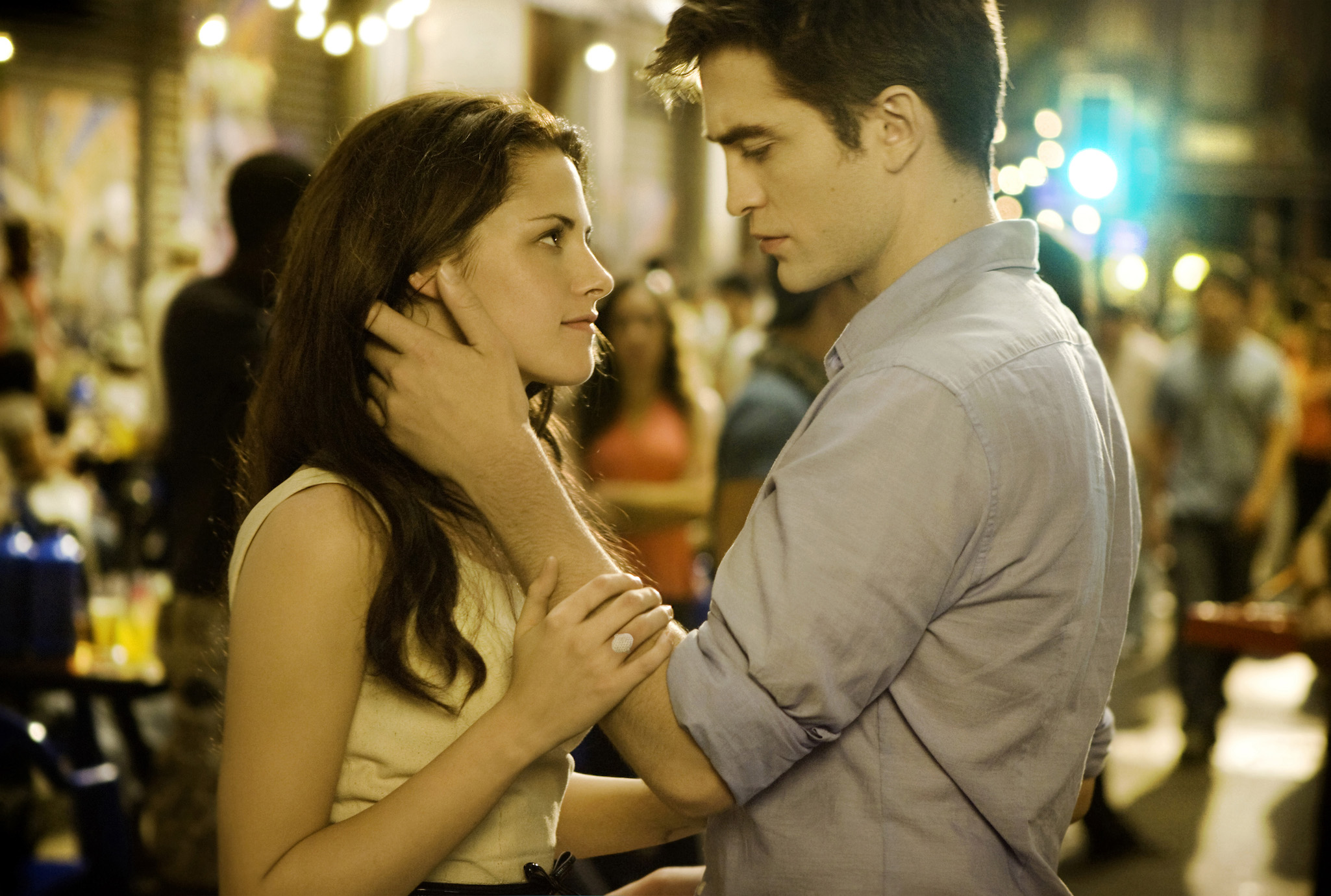 Bella Swan and Edward Cullen went through major obstacles in their relationship. He is a vampire, of course. That’s bound to bring up some major issues. But one that might seem inconsequential in the grand scheme of things is physical intimacy with each other. He’s fearful of hurting her, so even things like french kissing or making out for too long is dangerous in his eyes.

Due to that, he also doesn’t see sex between them being a possibility. He believes that he’d lose focus on his control and break her bones or squeeze too hard and crush her, as he thinks about in Midnight Sun.

However, after Bella figures out how badly Edward wants to get married, and how he’s decided he won’t live in a world without her, she uses it to her advantage. She strikes up a deal, that she’d marry him if he’d sleep with her on their wedding night. Very standard. And the rest is history (Renesmee and all).

So, when it came time to actually filming those sex scenes, it was a bit odd for Stewart, just because in the Twilight universe of films, they weren’t the type of films she was used to doing in that role.

“It was so weird, it didn’t even feel like we were doing a scene within a Twilight film,” Stewart told Glamour UK in 2011, according to People. “I was like, ‘Bella! What are you doing? Wow! What is happening here?!’ It was very surreal.”

At that point both parts of the final films were finished, it seems, and she told the publication that the sex scenes were some of the first scenes shot.

“There are two big sex scenes in the two [final] films, and we did them fairly early,” Stewart said.

Bill Condon, the director for both parts of Breaking Dawn, did say that some of Stewart’s “thrusting” was a little too “R-rated” for the MPAA for a movie that was PG-13, so they had to reshoot and redit the scene after the fact, according to People.

He also said that they had to find a way to film the scenes, make them look realistic and give them that passionate feel to them, without breaking the PG-13 rating (in the UK that’s 12A rating).

“We wanted to do something different, we had to figure ways to make it sexy even though it’s supposed to be 12A,” Pattinson said. “The idea was for us to have the greatest vampire sex ever.”

To do that, Pattinson said they did some “awkward… close-ups” of the two actors while they’re in the moment.

“Kristen and I would start to laugh and the cameraman was laughing, too,” Pattinson said.

Well, it worked out in the end, and Edward and Bella had their moment.