KYLIE Jenner doesn't appear to have let criticism of her outlandish car collection stop her from flaunting her fleet of SUVs and sports car.

Kylie has posted snaps of an impromptu photo shoot in her driveway surrounded by luxury cars, two months after she deleted pictures from Instagram when fans condemned her for her ostentatious show of wealth. 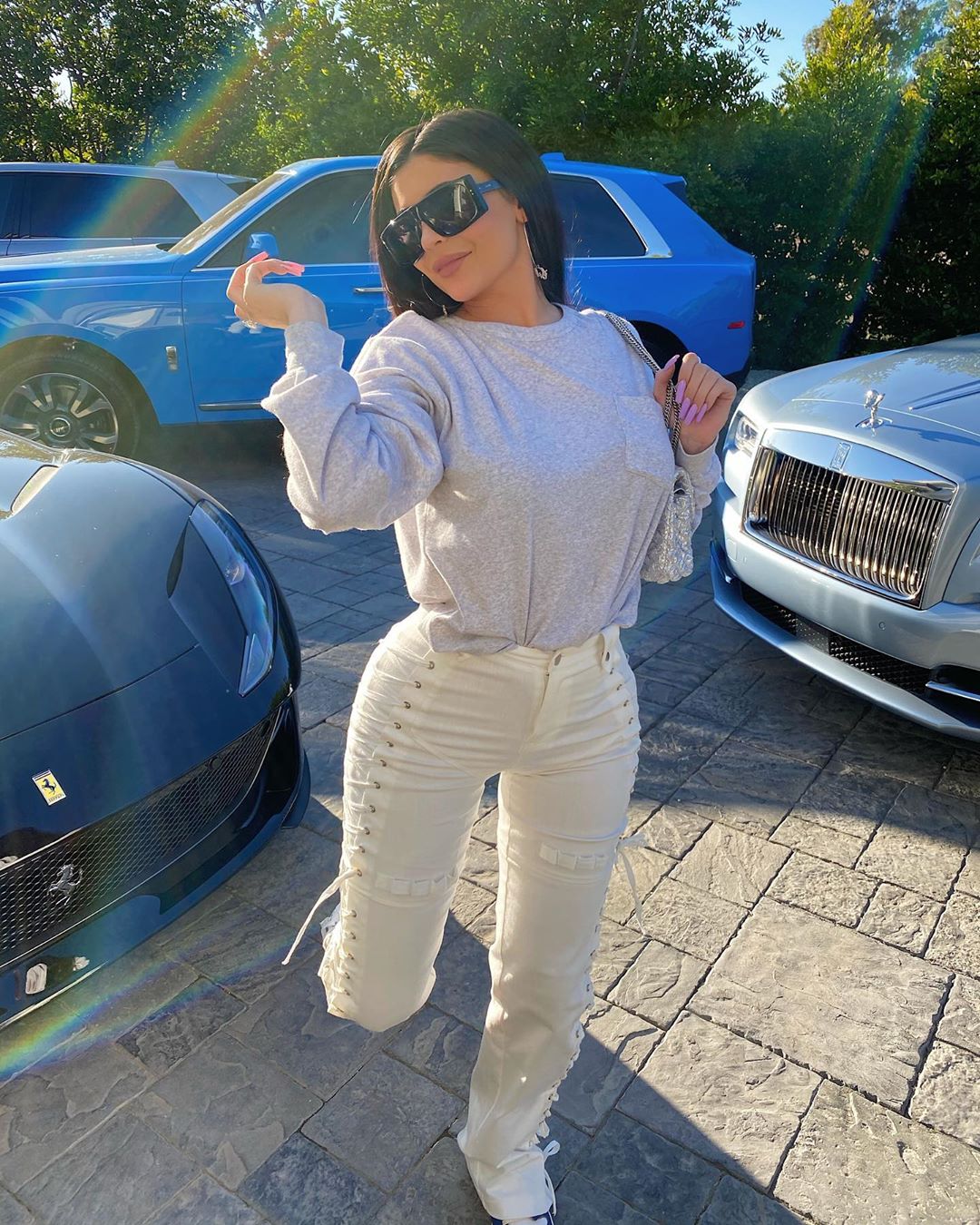 She captioned the collection "oh happy days" and family and friends including Khloe Kardashian and Corey Gamble commented on how "cute" she looked.

Kylie's car collection is the stuff car lovers' dreams are made of.

It is thought the entire fleet is worth more than $5 million.

However, it's hard to know for sure how many cars Kylie has at any one time as she is also a big fan of painting and wrapping her cars, which in itself can cost upwards of $10,000. 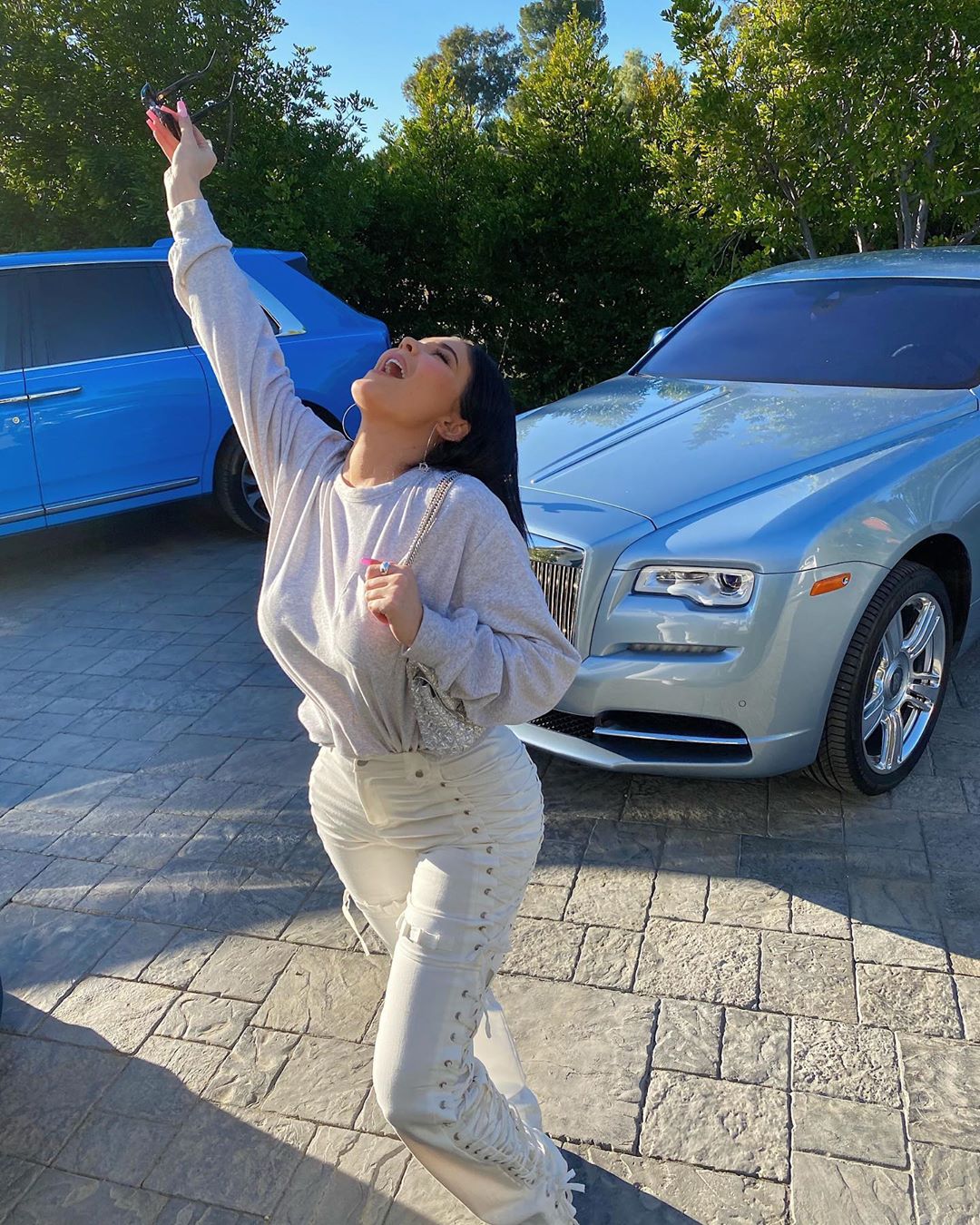 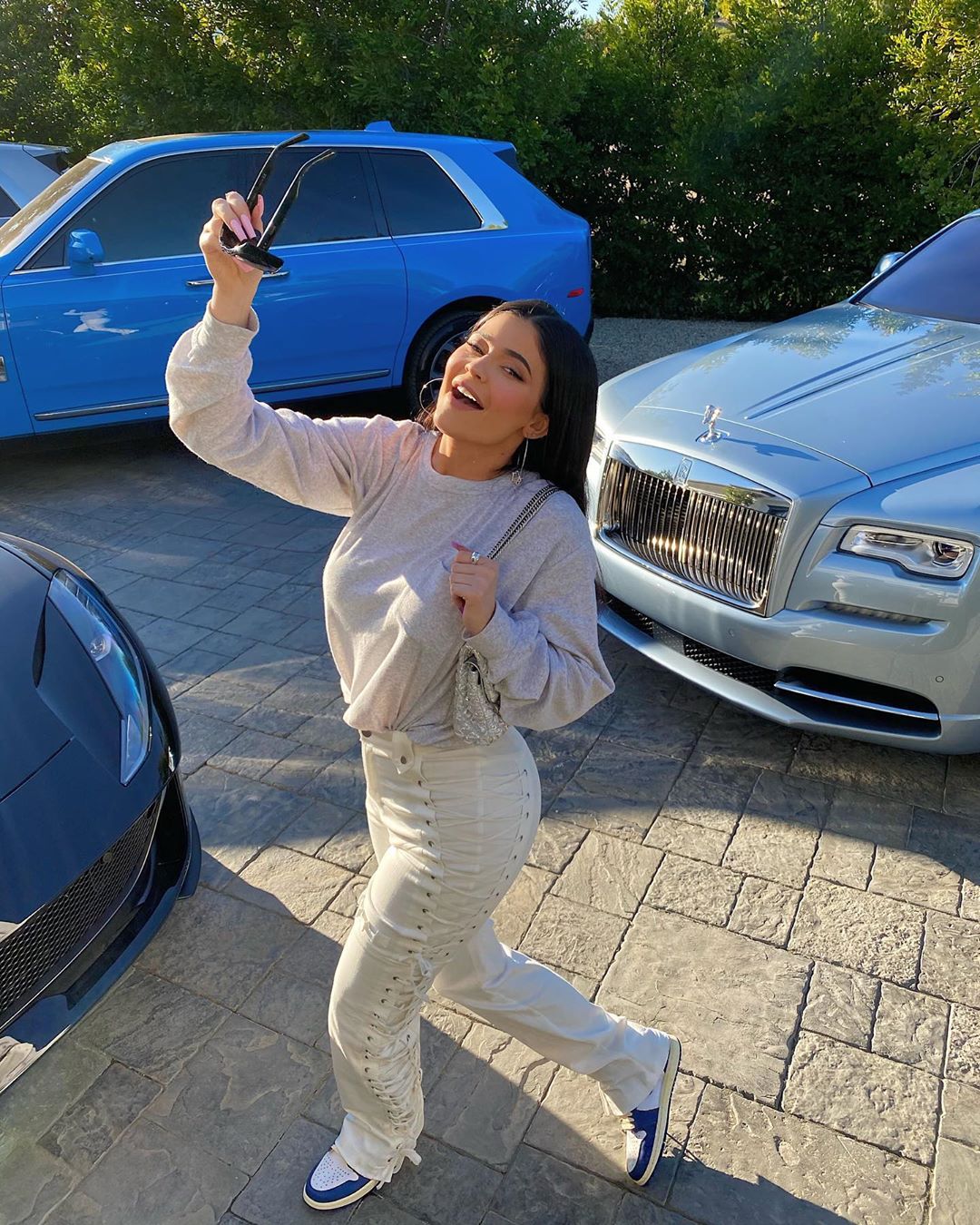 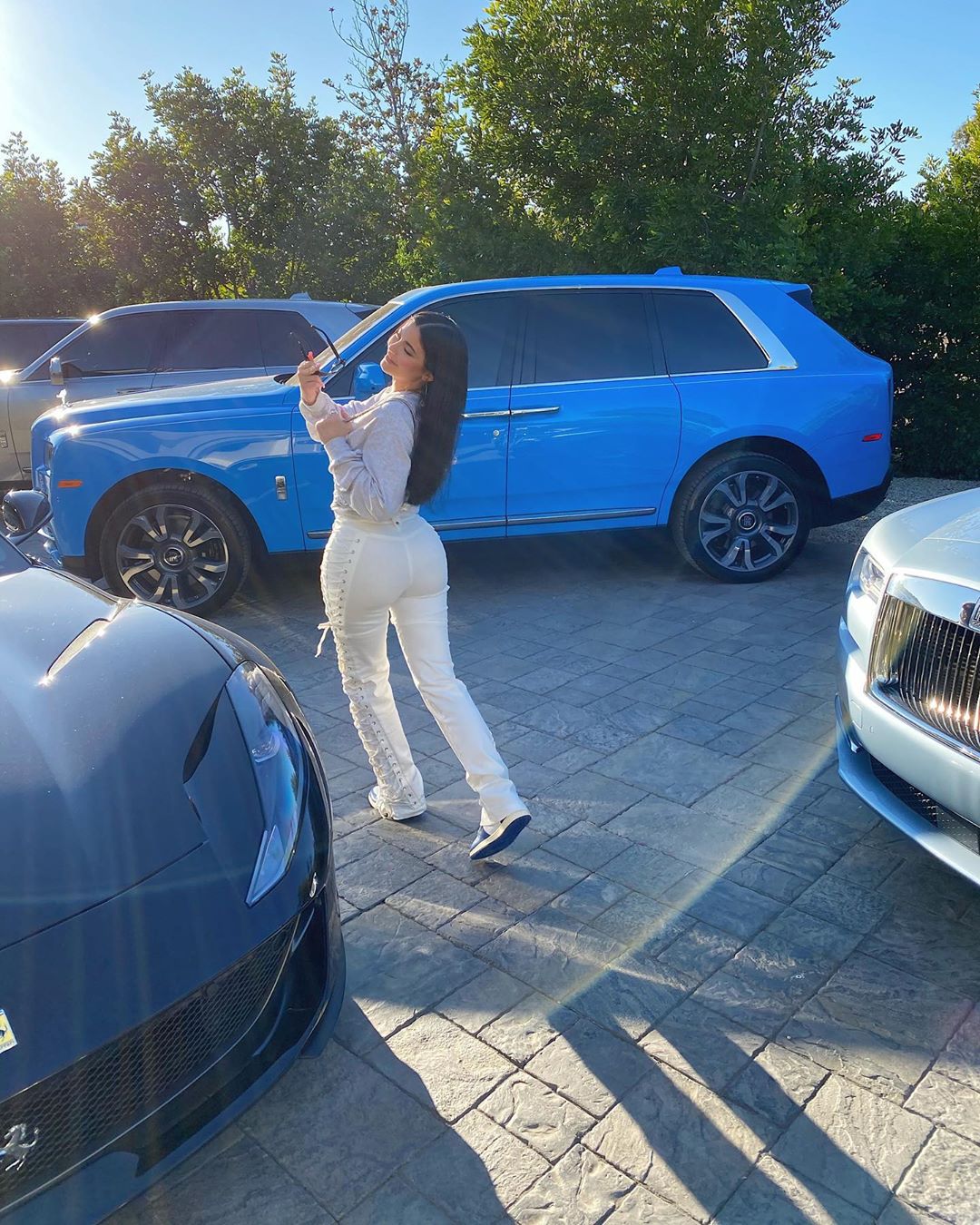 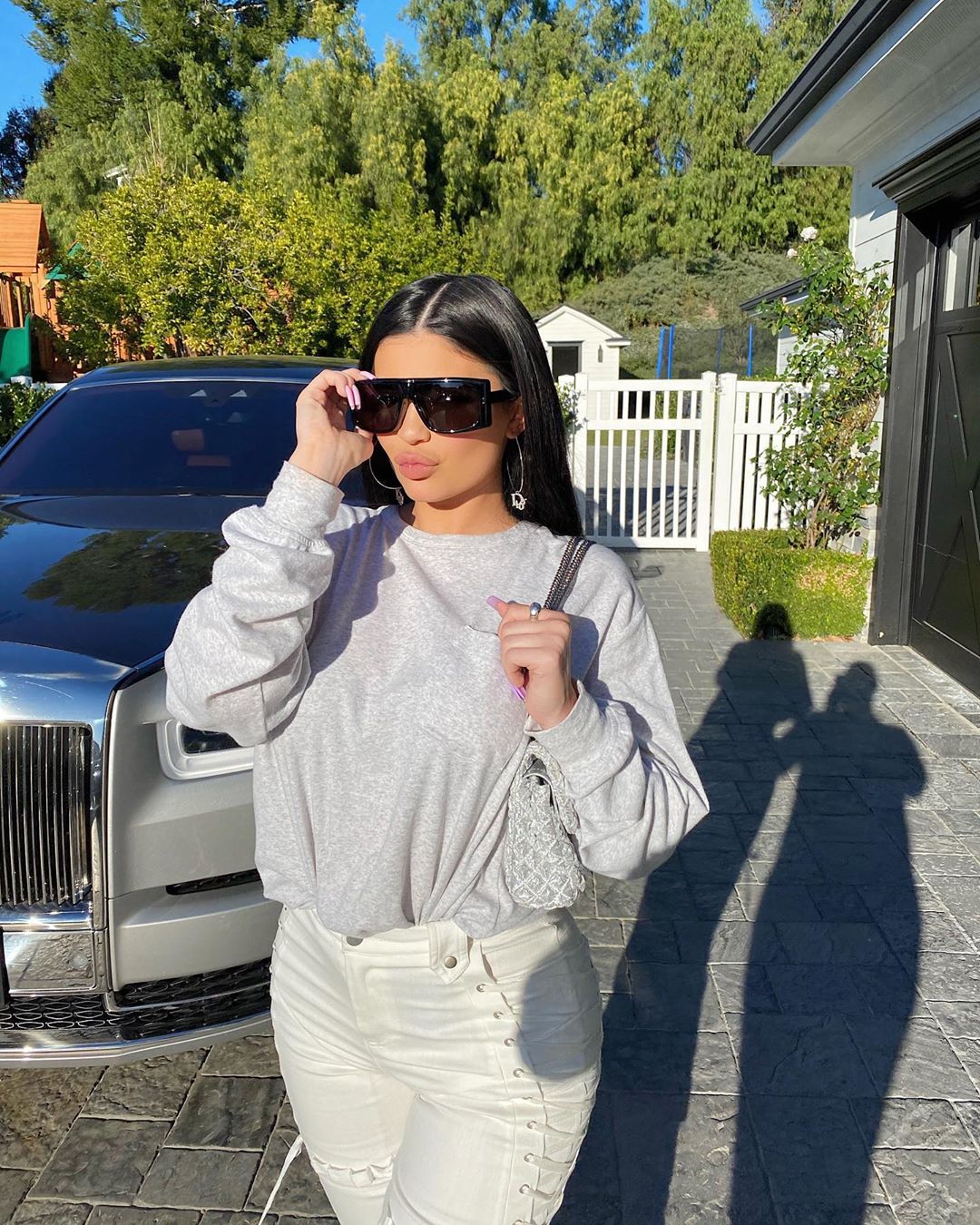 The mother-of-one has also shared pictures online of her three Ferraris.

Kylie also owns a rare $1.4 million LaFerrari, which Travis Scott, the father of her daughter Stormi, gifted her as a "push present"; it is thought there are only 210 LaFerrari's in the entire world. 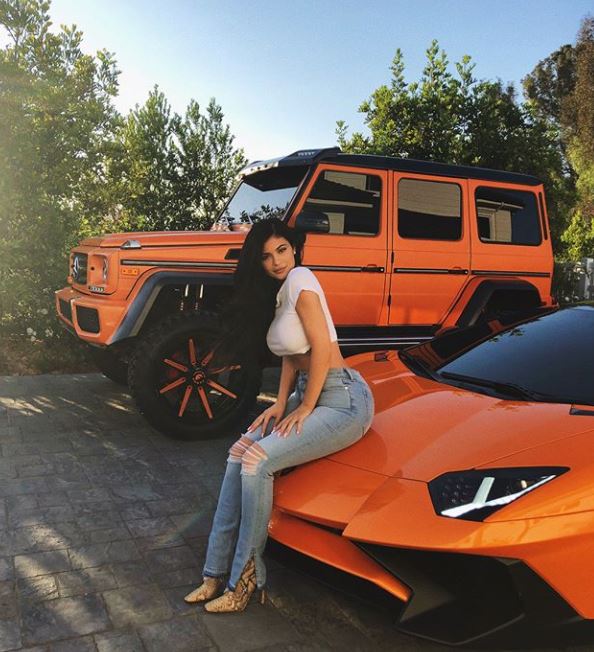 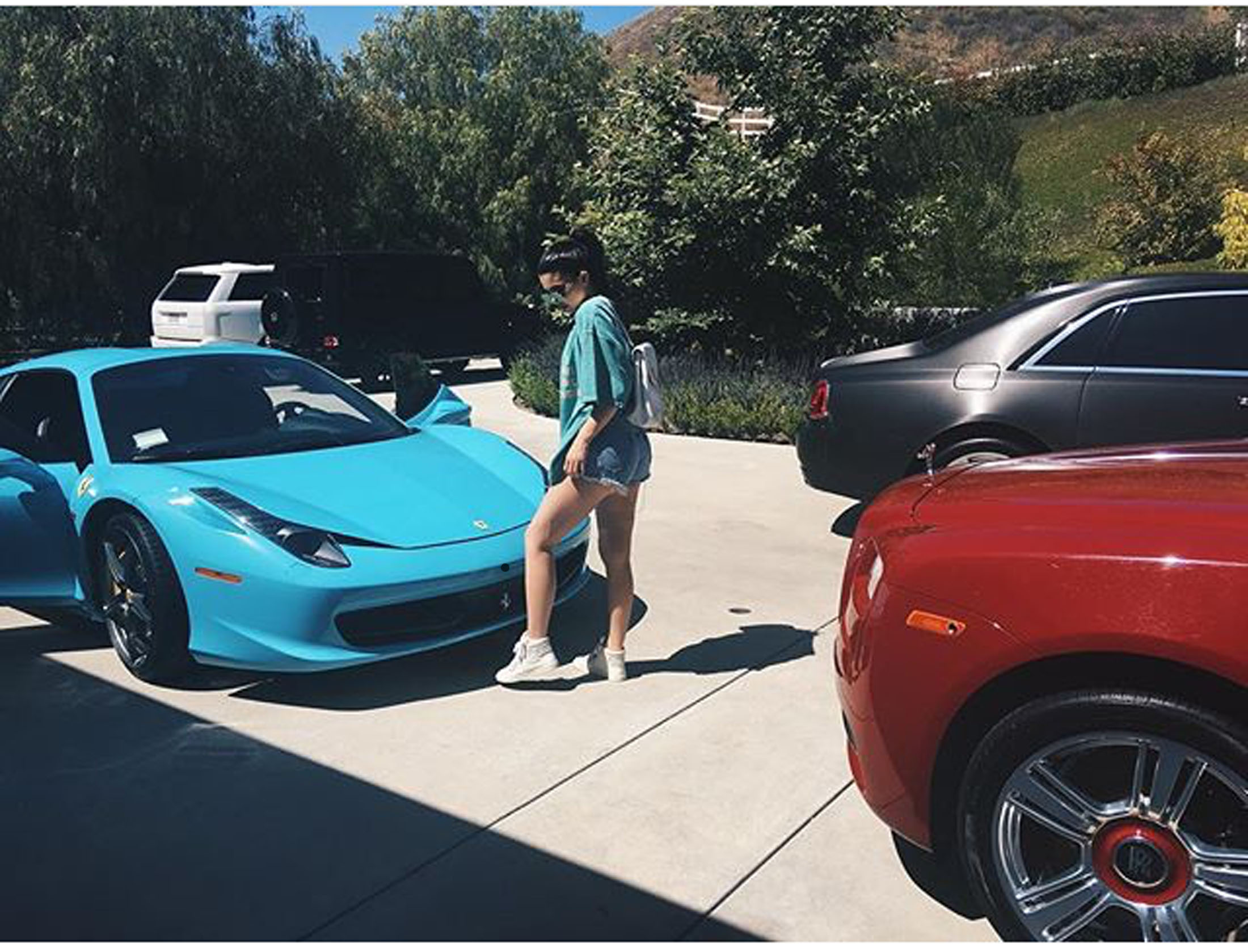 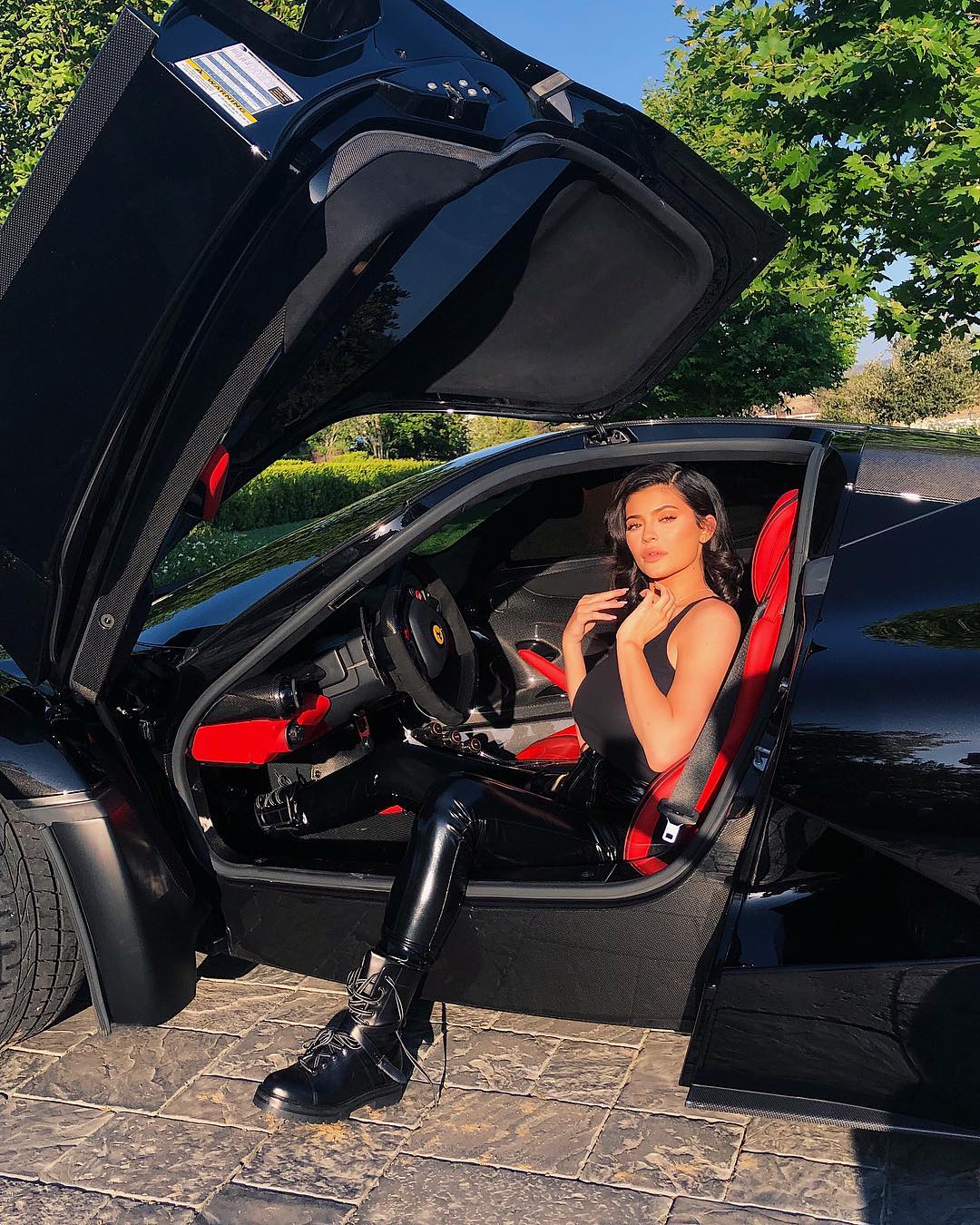 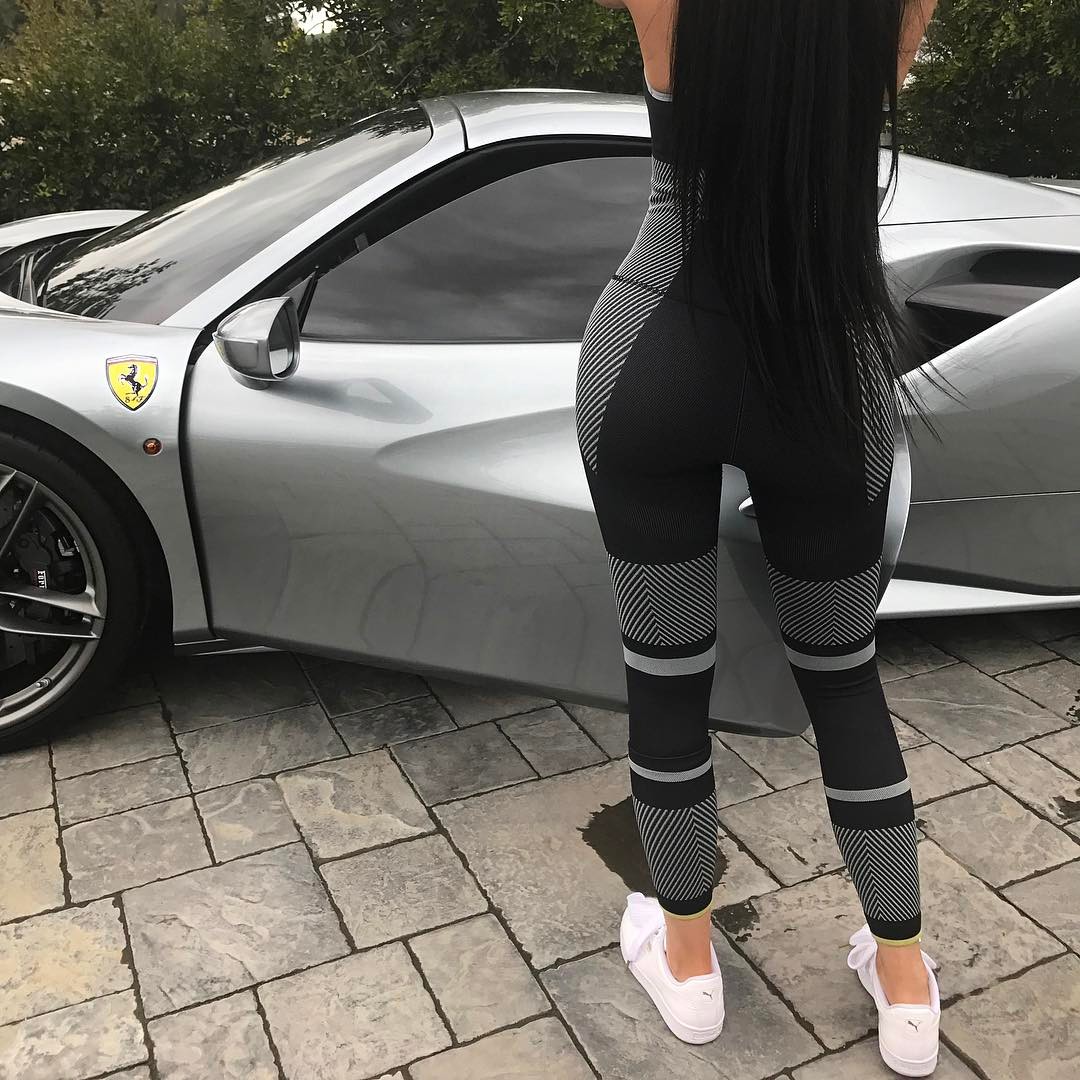 The orange G-Wagon was previously black and she has also shared snaps of a similar vehicles in maroon and beige; the G-Wagon starts at $96,000.

In July 2019 Kylie revealed her "new baby", a $450,000 Rolls-Royce Phantom, and she also posed alongside a red Rolls Royce Wraith, which has a starting price of $300,000 and a custom-made ice blue Rolls Royce wraith which has her name engraved and is thought to be worth $320,000.

For her 2019 birthday, Travis also gifted Kylie with a white vintage Rolls Royce, which was also a gift from Travis, and which can sell for up to $80,000. 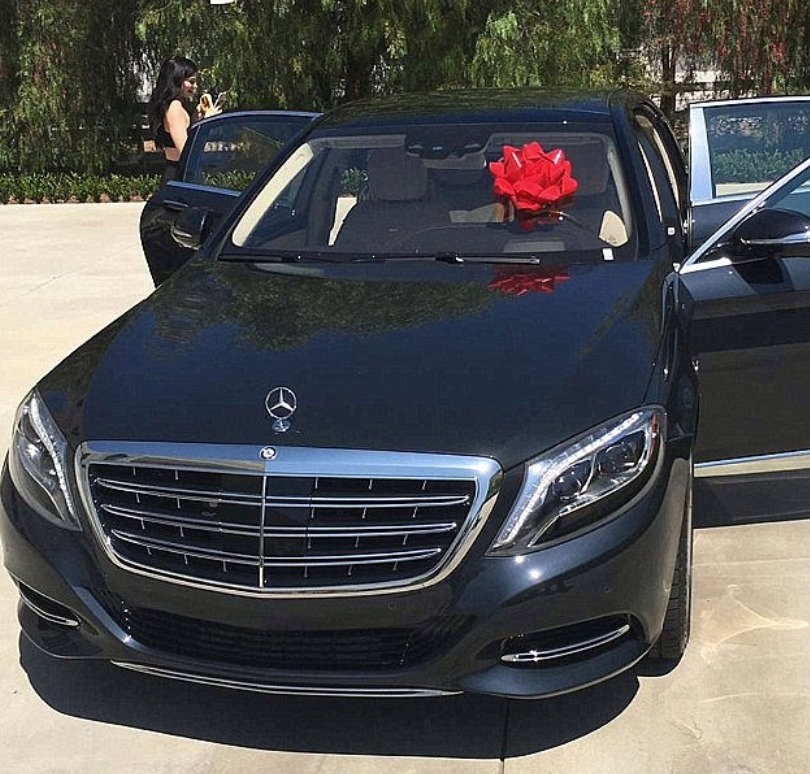 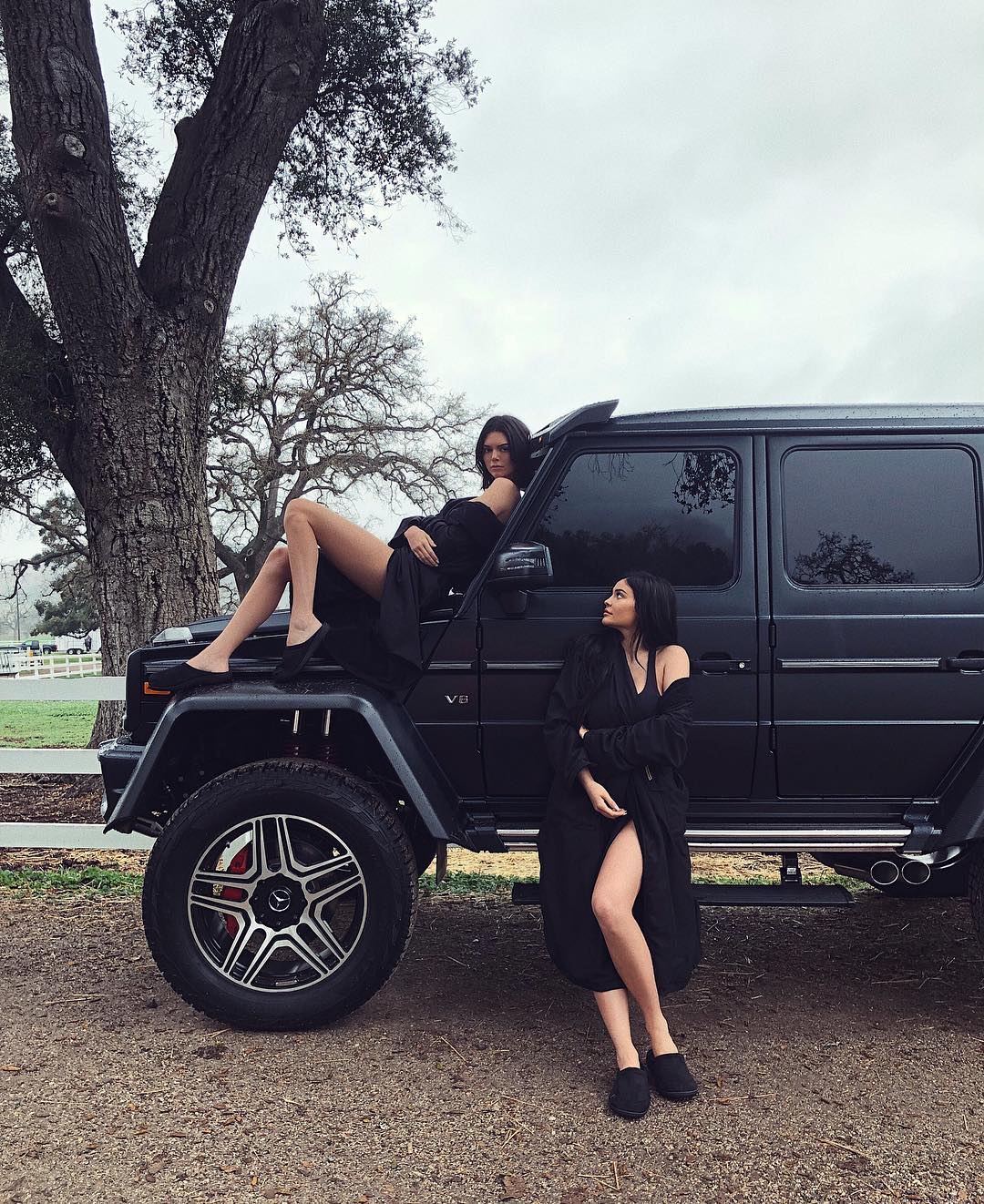 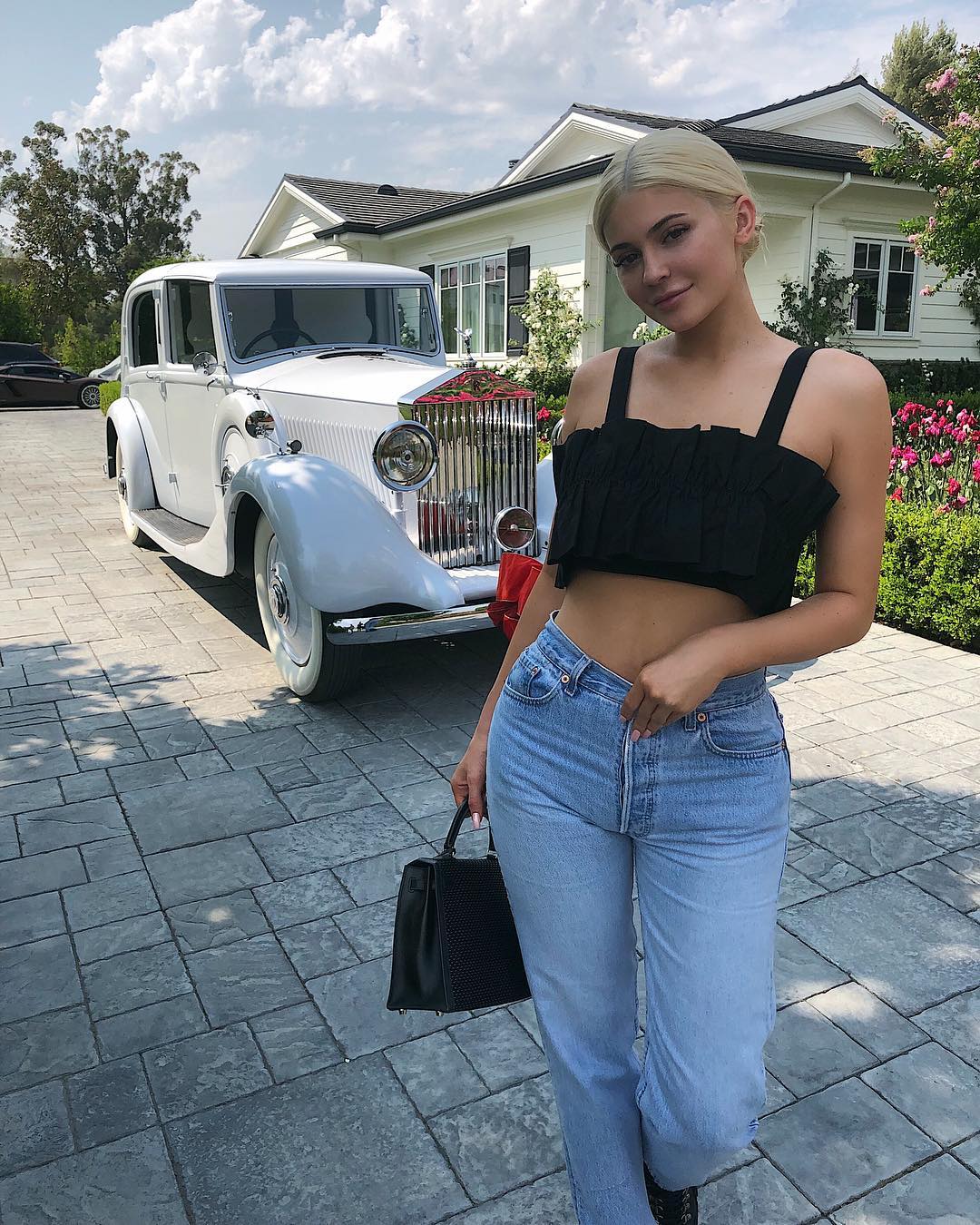 The Keeping Up With The Kardashians star has a long history of sharing snippets of her jetset lifestyle with her 147million Instagram followers.

She regularly posts pictures of herself on a private jet, enjoying luxury holidays and showing off her array of designer handbags and clothes.

But the 22-year-old is also one of the most successful women in Hollywood, having been named the youngest self-made billionaire by Forbes.

Kylie is also the richest of the Kardashian empire, with an estimated net worth as $1billion, and she was also listed at No23 on Forbes' America's Richest Self-Made Women list.