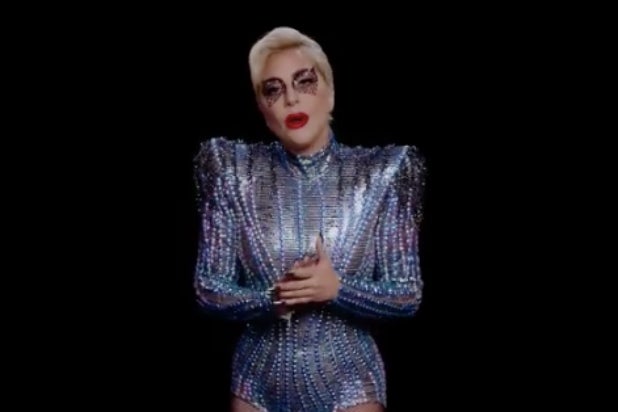 Hollywood household names have joined a rising chorus of lawmakers demanding President Trump be impeached for inciting Wednesday’s riot at the U.S. Capitol.

The attack, also fueled by rhetoric from his lawyer Rudy Giuiliani and Trump’s family, has left five dead and police have arrested about a dozen participants.

“I hope we focus to impeach Trump so Congress has the constitutional authority to possibly disqualify him from future election–the #25thAmendment doesn’t disqualify him,” Lady Gaga tweeted. “He incited domestic terror–how much more violence needs to happen? This is terrorism.”

“Scandal” star Kerry Washington tweeted urging her followers to contact their local representatives and said, “#RemoveTrumpNow watch this. And then contact your representative at http://removetrumpnow.org.”

Rock & Roll Hall of Famer Stevie Wonder took several posts to lay out his thoughts on the current political situation.

“It is time for the leaders of this country to invoke the 25th Amendment. Isn’t it obvious?” Wonder tweeted. “Today has made me sad with disbelief with what is happening in my country, a country that has inspired my songs of hope and love.”

President Trump eventually condemned the violence and conceded the election to President-elect Joe Biden, but not before he called the rioters “special people.”

“Impeachment or the end of Democracy,” filmmaker Rob Reiner said. In an equally concise tweet, Jon Cryer had similar thoughts: “Impeach him. Remove him. Arrest him. Try him,” Cryer wrote Wednesday.

Wonder continued by reflecting a need for urgency.

“I am heartbroken and astounded that this narcissistic and dangerous president would put lives in danger and encourage violent sedition against our government,” Wonder said. “That man is no longer able to serve as President because he can’t accept defeat. Can we afford 2 more weeks? I say NO!”

New York City Gov. Andrew Cuomo said he supports impeachment and tweeted Friday, “I call on President Trump to resign. If he refuses, I call for impeachment.”

“Scandal” star Kerry Washington tweeted urging her followers to contact their local representatives and said, “#RemoveTrumpNow watch this. And then contact your representative at http://removetrumpnow.org.”

While Trump could be eligible to be impeached (again, making him the only president in history to be impeached twice in his tenure), some such as Wonder are also calling for Vice President Mike Pence to enact the 25th Amendment and assert that Trump isn’t fit to remain in office for the remainder of his presidency. Articles of impeachment have also already been drafted, led by Minnesota Rep. Ilhan Omar.

Mark Ruffalo took his complaints directly to politicians, and said on Twitter Friday, “@SpeakerPelosi &  @HouseDemocrats we are looking to your leadership. It’s time to impeach & #RemoveTrumpNow! @LeaderHoyer @WhipClyburn @RepJerryNadler @RepJeffries.”

Several Hollywood names quoted Ruffalo’s tweet including “The Office” star Ed Helms, Debra Messing and actress Rosie Perez, who said on Friday, “#trump can continue to do damage in his remaining days. Since @VP won’t do it. Let’s make sure @HouseDemocrats do! They are meeting today. Please watch then flood your reps offices with calls demanding to #RemoveTrumpTODAY #ImpeachTrumpAgainNOW! This dangerous man has got to go!”

A few celebs felt that the call for impeachment weren’t enough, including rapper Cardi B. “I don’t wanna hear this ‘we impeaching trump’ shit,” Cardi B tweeted. “He only got a few days left at the office anyways. By the time he gets impeached he’ll be at his penthouse in NY already How bout y’all put him in JAIL !!!!!!”