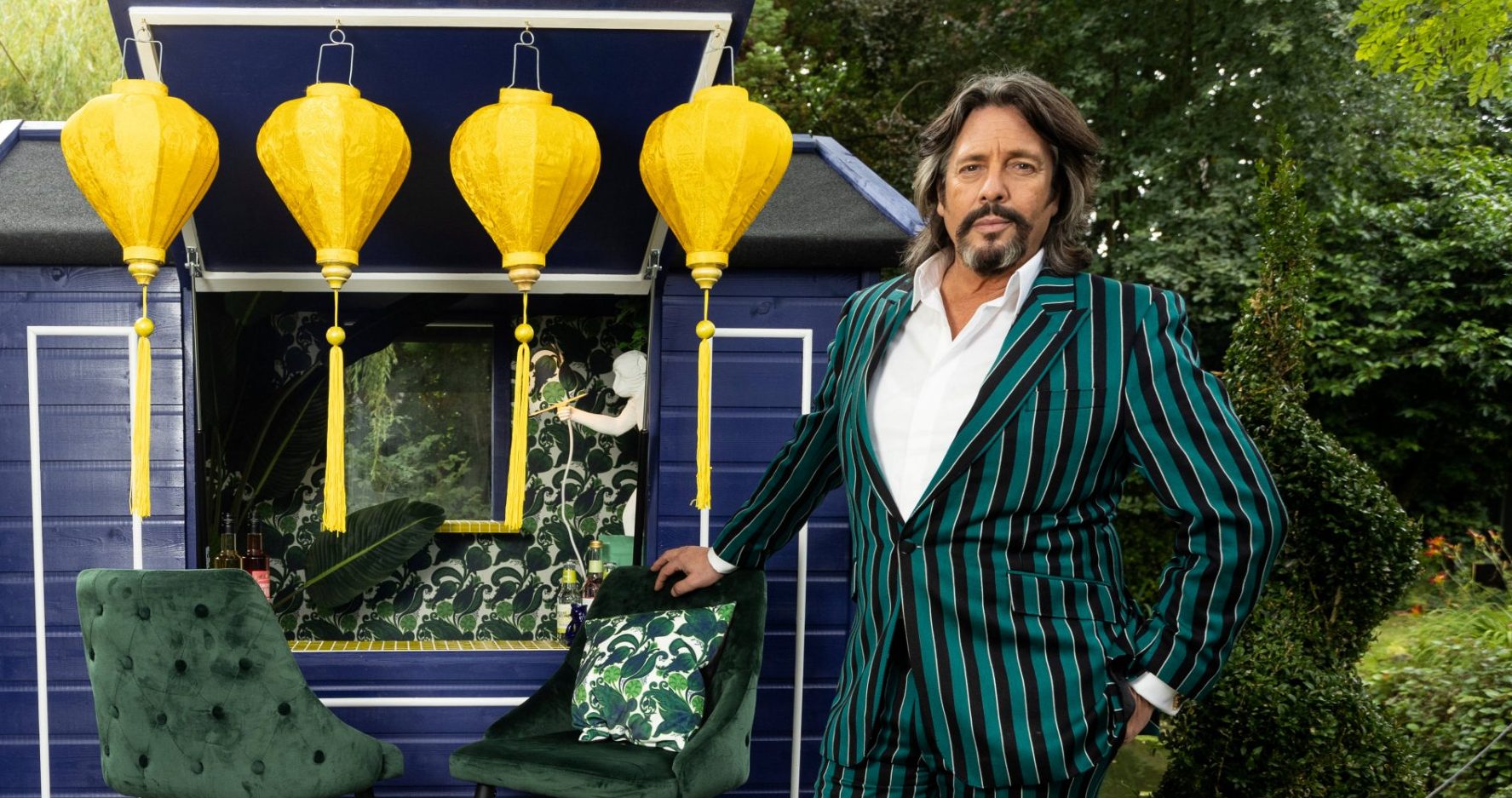 Laurence Llewelyn-Bowen might be lighting up our Wednesday nights on Changing Rooms once more, but he previously tried everything he could to get sacked from the show.

The designer, 56, has been working his magic on houses all over the country as Changing Rooms finally returned after 17 years, but he revealed that he once created a room he thought would get him fired… but ended up accidentally saving a couple’s sex life in the process.

‘I remember sitting there with Carol [Smillie] at the end of it, and she’s going “Well, that’s it, then?” And I went, “Yeah, I think that’s definitely the last, they’re not going to have me back after that.”’

He explained: ‘Of course, inevitably, they b***dy loved it. I mean, absolutely loved it to the extent that they were saying that not only has it really changed their lives, it’s completely and utterly mended their sex life.

‘They didn’t touch the room for six years, it was a shrine for six years and then in the end, they decided that they were going to build a garden folly out of the painted nymphs that I did in which to keep their exotic collection of tortoises.

‘So as far as I’m concerned, that is the ultimate in the Changing Rooms survival.’

Laurence has teamed up with Craft Gin Club to turn his garden shed into a gin bar which is available for one fan to win right from the design master’s garden to their own.

He explained: ‘I love the idea of taking something as easy to dismiss as a garden shed and changing it up.

‘I think there’s something very now about garden sheds, lockdown has forced a lot of people to look at absolutely every last little square inch they’ve got and the garden shed, which was probably full of junk, has now been opened up to a world of possibilities for a lot of people.

There’s something very quirky and very British about it and let’s face it, there’s not a country on the face of the planet, I think, that quite gets gin in the way that we do.’

Laurence added: ‘We didn’t make it into a Bond villain lair but just by decorating it, just by a couple of hacks and a couple of makes, the idea was to reincarnate the shed as somewhere, ultimately, extraordinarily sophisticated, but more than a little louche. So if I were a garden shed this is exactly the garden shed I would be.’

In order to take inspiration from Laurence’s gin shed to make your own, he shared a few tips: ‘One of the big things we did was opening up the sides, so when your mates come round it’s no longer a solitary experience, where you are alone inside the shed.

‘To be able to open the shed up a bit is a very good idea – we used gas hinges to get the flap up but actually, that’s something you could do quite simply just with garden gate catches, but that was that was a simple thing to do.

‘Of course, the other big thing is colour. We went with a very, very strong blue, but actually I love the idea of of using colour for structures in the garden. As autumn takes hold and winter encroaches, it’s really nice to have a colourful focus at the end of the garden.

‘Ultimately you want to make it as glamorous as possible, and there’s something not terribly glamorous about a wooden shred.

‘The other thing that was very successful was the very ordinary flat pack shelving unit, which we then put acrylic panels behind it, which would be extremely easy to hack for anybody that wanted to have that backlit bar sensation that’s very synonymous with the whole upscale glamour of gin drinking.’

The fully furnished gin bar, currently housed in Laurence’s garden, is available to win along with a 12-month Craft Gin Club subscription. Visit @craftginclub on Instagram for more details on how to enter.  You can also download the Laurence’s design blueprints to recreate the gin bar in your own garden here.