EXCLUSIVE: In a pre-emptive situation, MGM has secured a deal for the feature film project Jim Jones, with Leonardo DiCaprio in final talks to star as the 1970s religious cult leader who was behind the mass-Jonestown suicide on November 18, 1978 that took more than 900 lives. The Oscar winner will produce for his Appian Way company alongside Jennifer Davisson. 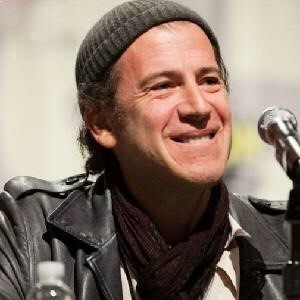 MGM scooped up the Scott Rosenberg-penned script in what we hear was a seven-figure deal.  The Venom scribe will also executive produce Jim Jones.

Jones founded the Peoples Temple in Indianapolis in 1955, and hailed it as a fully integrated congregation promoting Christian Socialism. By the 1970s he openly rejected traditional Christianity and claimed that he was God. He constructed Jonestown in Guyana in 1974 and spurred a following to live with him there as he touted a socialist paradise free from U.S. government oppression. Amid rumors of human rights abuses, the U.S. government sent a delegation led by U.S. Representative Leo Ryan in November 1978. Ryan along with four other Jonestown defectors would eventually be gunned down by Jones’ followers. Following the shooting, Jones orchestrated a mass murder-suicide of his followers, which took 918 commune members, 304 of them children, in an act that entailed drinking Flavor Aid laced with cyanide.

DiCaprio stars next in Netflix’s Adam McKay comedy Don’t Look Up opposite Jennifer Lawrence, Jonah Hill, Timothée Chalamet, Meryl Streep and Ariana Grande among others. He also stars next in Martin Scorsese’s Killers of the Flower Moon for Apple Originals Films. DiCaprio has been nominated at the Oscars seven times and won Best Actor for 2016’s The Revenant.

DiCaprio is repped by LBI Entertainment and Hansen, Jacobson.

Rosenberg’s feature writing credits include Beautiful Girls, Con Air, High Fidelity, Gone in 60 Seconds, Jumanji: Welcome to the Jungle and Jumanji: The Next Level. He’s an executive producer on the upcoming miniseries Citadel, Epix/MGM’s From and Netflix’s live-action series Cowboy Bebop, as well as Hulu’s High Fidelity among several others. Rosenberg is repped by WME and Sloane, Offer.

With Jim Jones, MGM continues to bet on theatrical. The studio has a full dance card this awards season with Ridley Scott’s House of Gucci on November 24, Paul Thomas Anderson’s Licorice Pizza on November 26 (which has a cameo by George DiCaprio, Leonardo’s father) and Joe Wright’s feature musical Cyrano on Dec. 31. Their 25th James Bond movie, No Time to Die, is closing in on the $700M global gross mark, the second-highest grossing title of the pandemic behind Universal’s F9.

Appian Way has put forth strong efforts in the documentary world, especially as it pertains to progressive environmental change. Appian Way recently worked in partnership with the History Channel on Grant, and National Geographic to produce Before the Flood, a documentary film that sheds light on that aforementioned change. It also worked with Netflix on the Oscar-nominated Virunga, directed by Orlando von Einsiedel, and Kip Anderson’s Cowspiracy: The Sustainability Secret.  Appian is in partnership with Netflix on several additional documentaries, including critically acclaimed The Ivory Game, How to Change the World and Catching the Sun. Recently released projects included; Sea of Shadows with National Geographic, Ice on Fire with HBO, And We Go Green for Hulu, Eli Roth’s Fin for Discovery+ and The Loneliest Whale.