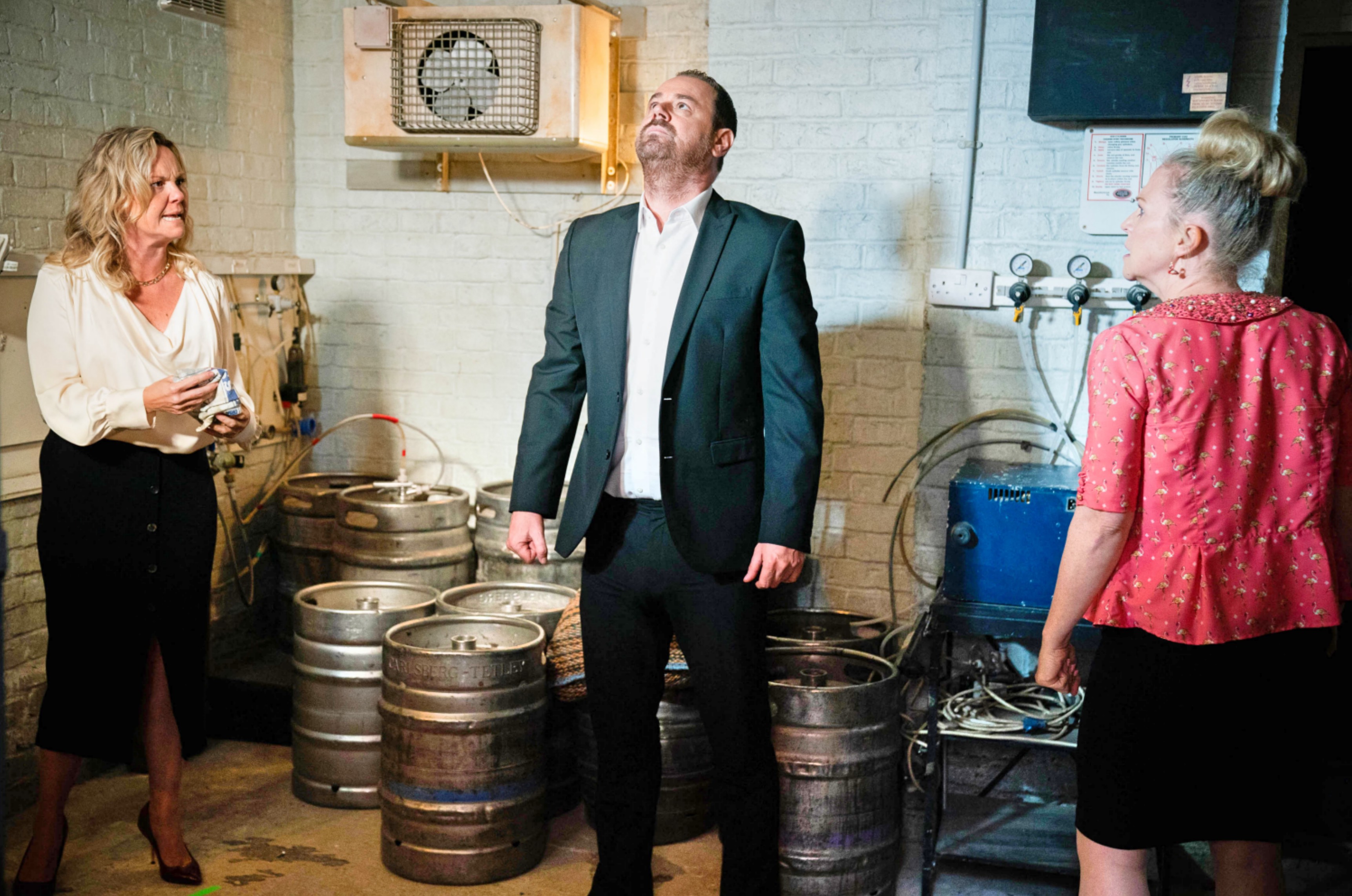 Linda Carter (Kellie Bright) sees red in EastEnders upon realising that it was  Janine Butcher (Charlie Brooks) who set her up with social services, and a heated showdown ensues.

The landlady, as viewers know, was on cloud nine earlier this week, after avoiding a custodial sentence for the car cash which nearly claimed the lives of both she and her baby daughter Annie.

Janine, who was actually to blame for the incident, was less than pleased to learn of the court outcome, and thus she started a plan to crush her love rival, using Jada Lennox (Kelsey Calladine-Smith) as a pawn in her game.

With Janine blackmailing her, Jada set Linda up, planting bottles of booze all over the house she shares with the Carter matriarch, before calling social services on her.

A social worker subsequently popped by, and Zack Hudson (James Farrar) swiftly made his way over to the pub to notify Linda, who raced across the Square to find out what was going on.

It was, however, too late.

The social workers had found the planted bottles of alcohol, and despite Linda’s pleas that it was all a set-up, they struggled to believe her.

To complicate matters further, they noticed a bruise on Annie’s arm, and thus were forced to take the child to the hospital.

Linda, concerned that they thought she had injured her child, attempted to stand in their way, before chasing their vehicle across the Square and into the market, breaking down in Mick’s arms.

Tuesday’s (August 30) edition of the BBC One soap picks up shortly afterwards, as Linda puts her thinking cap on in a bid to find out who it was that reported her to social services.

Naturally, she comes to the correct conclusion: It was Janine!

Without wasting a moment, the landlady storms over to her pub, where she confronts Janine in the barrel store, and battle lines are drawn, as the feuding foes go head-to-head.

But will he believes Linda’s claims that this whole mess is all Janine’s fault? Will Janine finally pay for her crimes?

EastEnders airs these scenes on Tuesday August 30 at 7:30pm on BBC One.